Jorg Zimmer, Vice-Rector for International Policy at the University of Girona (Spain) visited the Polytechnic University at the end of October. The major purpose of the Spanish delegate's visit was to establish a partnership with the leading Russian technical university. According to the Spanish government policy, Russia and Spain should promote cooperation between the universities of the two countries. "The potential for Russian-Spanish relations in the field of higher education is extremely high," Jorg Zimmer claimed. The University of Girona takes interest in the promotion of academic mobility programs, joint projects and developments. The best professors from the Spanish university agreed to give lectures at SPbPU. . 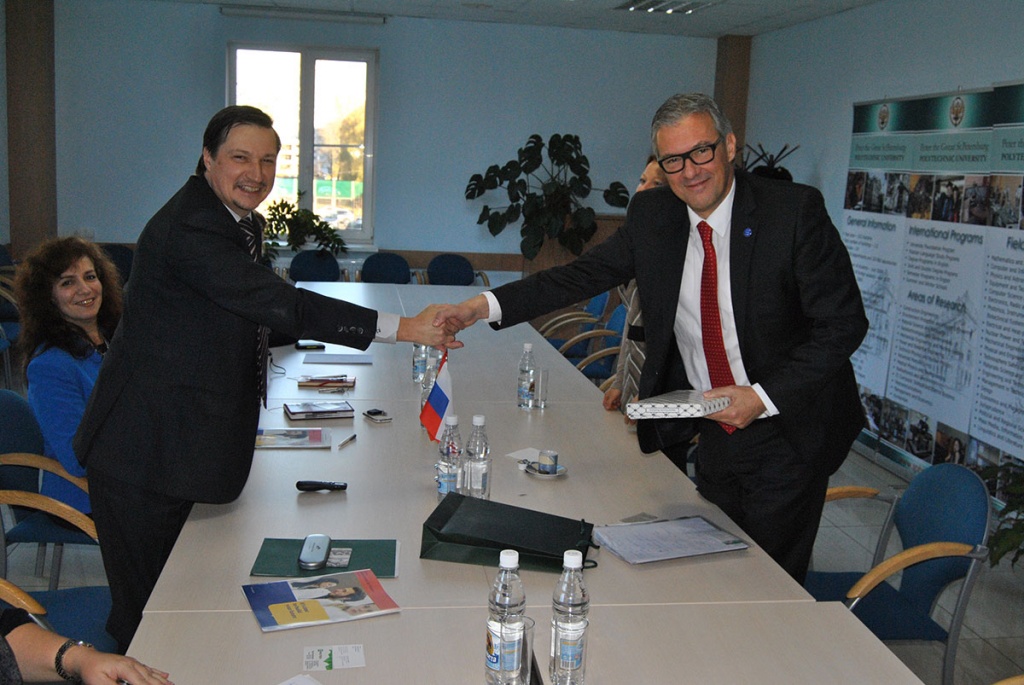 "Russia is developing rapidly, and the thirst for knowledge is complemented by a desire to create and look for new lines of activity," the Vice-Rector for International Policy added.

Spain has undergone major system reorganization in the field of higher education in the recent decades, and it has paid off. In 1955, only 5% of Spanish population at the age of 18-25 studied in universities. In the 21st century, the number is 40%. Spain has over 60 universities, both state and private. 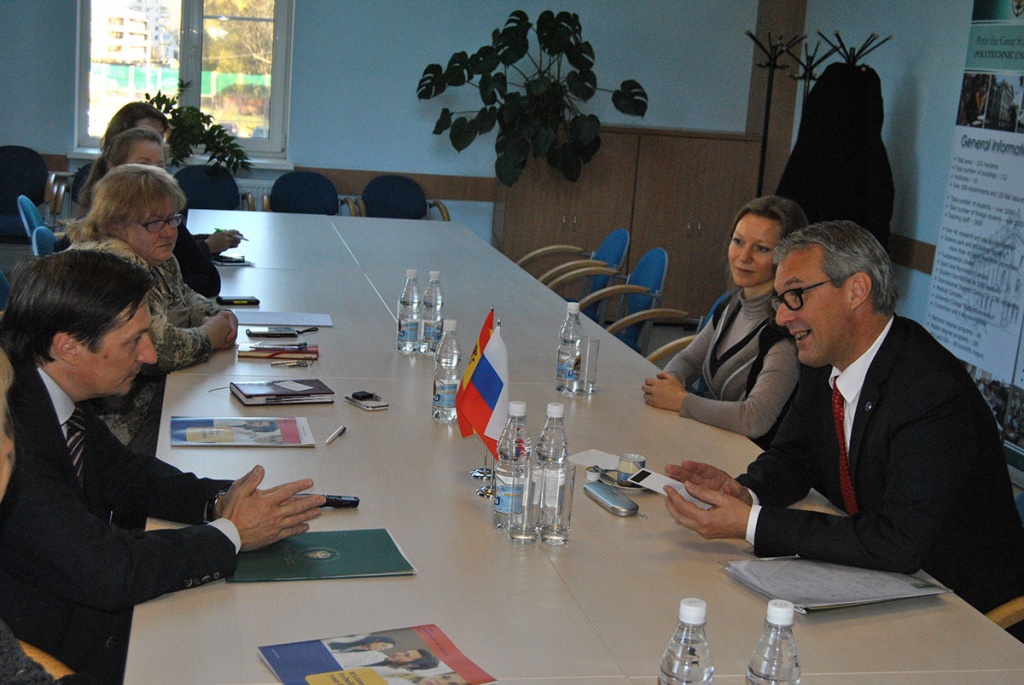 At the meeting on October 28, the parties discussed issues related to the selection of strategic areas for cooperation. A noteworthy detail is that the Spanish university focuses its research on computational chemistry, robotics, telecommunications, quality of life, information science, and tourism. The University of Girona has always been open to international cooperation, it offers various education and research programs for students and scientists from all over the world.

D. G. Arseniev, Vice-Rector for International Relations at SPbPU, expressed confidence in the effective development of the partnership and assured the Spanish delegate that the agreement will be signed at the earliest opportunity. He also emphasized the necessity of arranging a meeting with our Spanish counterparts in order to draw up a detailed cooperation scheme.

The University of Girona is a state university, which is a part of the state higher education system of Catalonia. Over 4,000 students study here. The university offers all possible degrees of higher education: Bachelor's, Master's, and PhD. The university also offers a number of postgraduate courses as well as foreign language courses. The university was established in 1991, but its precursor existed in Girona as early as 1446 in the form of Estudi General education center, which was entitled to confer academic degrees in the fields of rhetoric, grammar, philosophy and theology, law and medicine. In 1991, the new University of Girona was established by the special Decree of the Government of Catalonia. Its historical and cultural roots run deep into Catalan traditions and the unique local identity. That is why this university is rightly considered one of the major driving forces behind the socioeconomic sphere of the region.

The university consists of three main campuses: Montilivi (the latest campus, a cluster of ultramodern buildings), Narri Vell (includes renovated old buildings and is a part of Girona's legacy), City Centre (created on the basis of the former Teachers College). The university also boasts a state-of-the-art science and technology park.