On July 7, 2020, the 5th Forum of university rectors of the Russian Federation and the Islamic Republic of Iran took place online. Heads of 14 Russian and Iranian higher educational institutions took part in it. Polytechnic University was represented by the Rector of SPbPU, Academician of the Russian Academy of Sciences Andrei RUDSKOI. Session moderators were President of the Russian Union of Rectors, Rector of Lomonosov MSU Viktor SADOVNICHIY and President of the Summit of Rectors of Leading Universities of Iran, Rector of Tehran University Mahmoud Nili Ahmadabadi noted the unusual format of the event and emphasized that, despite all the difficulties associated with the coronavirus pandemic in the world, international cooperation between the two countries is actively developing. 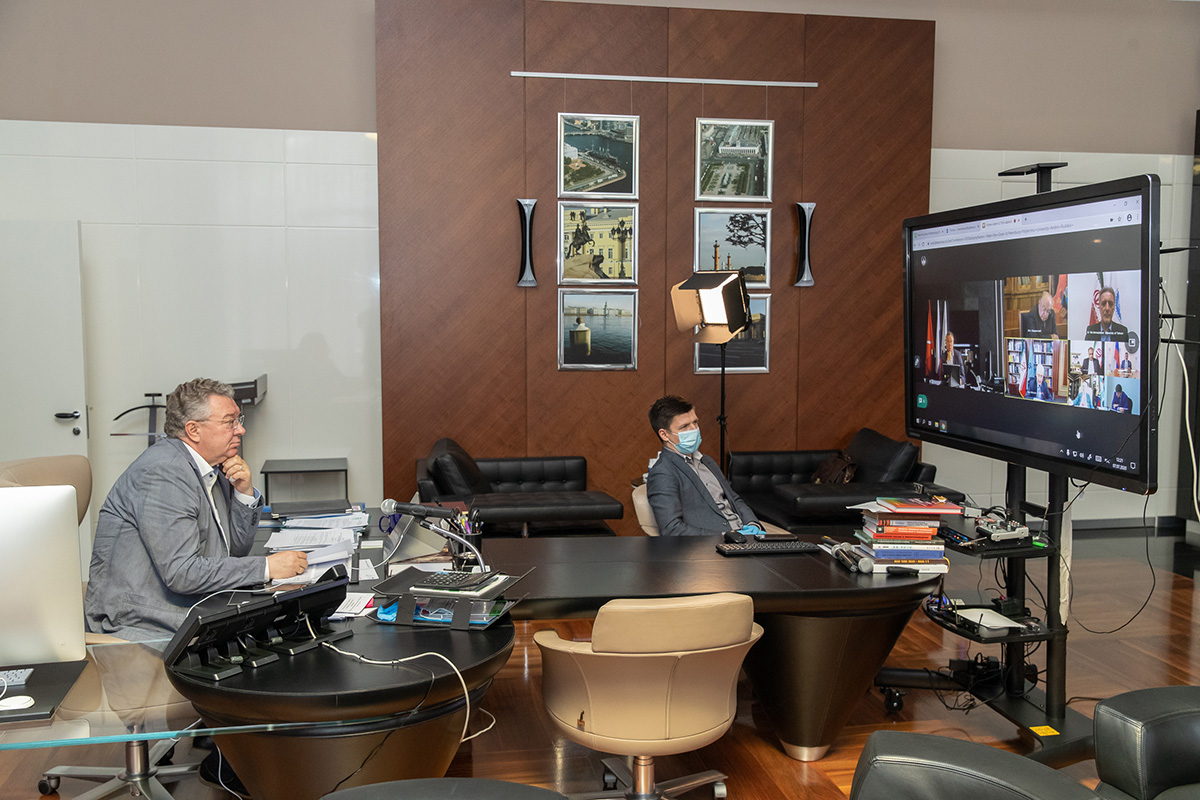 In his greeting words, the rector of Lomonosov MSU said that universities quickly adapted to changes and continue to interact at different levels; he specifically pointed out the time projects that have been particularly successful in transferring online: in particular, the International Polytechnic Summer School of Peter the Great St. Petersburg Polytechnic University. Rector of Tehran University Mahmoud Nili AHMADABADI supported his Russian colleague and noted that the coronavirus pandemic, although it had made its own adjustments to many social processes, did not significantly affect international collaborations.

The guests of honor of the Forum were the heads of the ministries of Russia and Iran. The Minister of Science and Higher Education of the Russian Federation Valery FALKOV, speaking with a welcoming speech, noted: “In the present complicated conditions, the representative composition of our meeting confirms our mutual confidence in the need to solve the problems facing the education systems of the two states. Recently, cooperation between Russia and Iran has been developing particularly effectively, and I must say that this is largely due to the atmosphere of mutual understanding and trust in relations with our Iranian colleagues.” 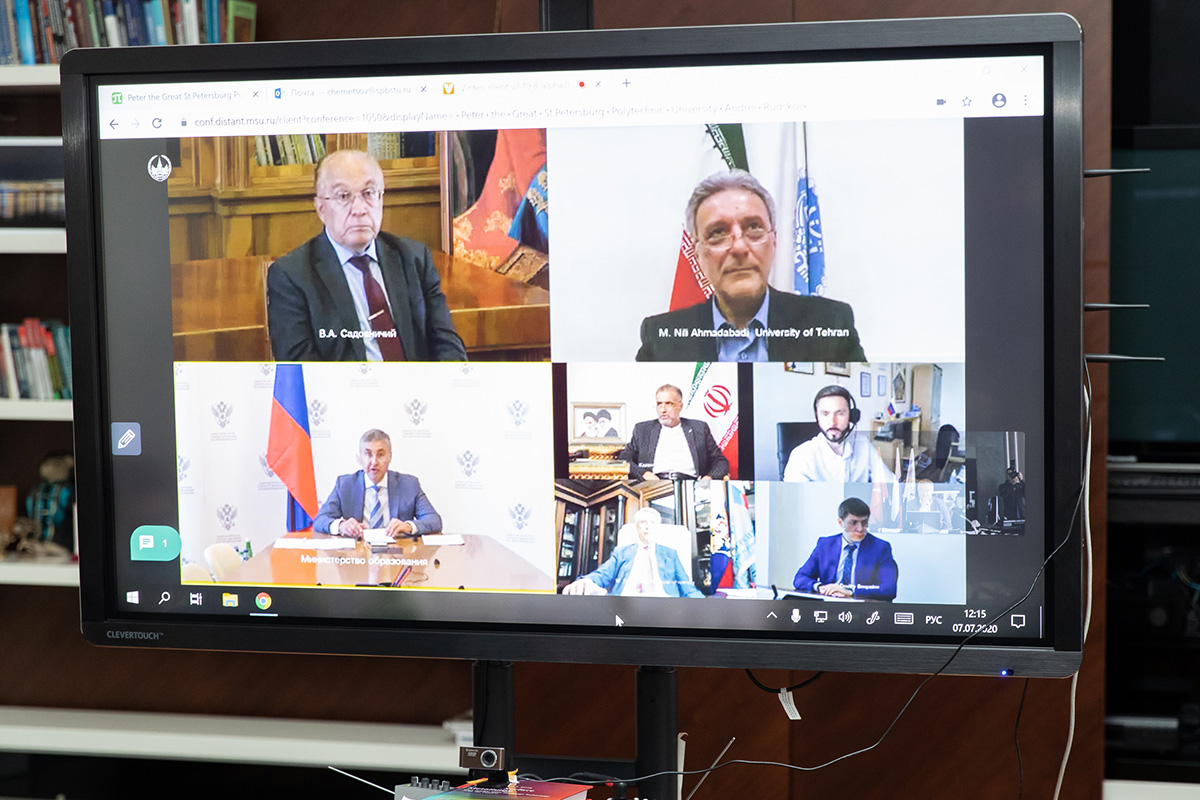 In his presentation, the Rector of SPbPU Andrei RUDSKOI emphasized that partnerships should be based on national interests of both countries, while goals must be set in regards of interstate development, with the use of the accumulated experience and attracting additional resources to support joint activities. Andrei RUDSKOI noted that academic mobility has traditionally been the driver of cooperation between universities in Russia and Iran: Iranian students are consistently showing significant interest in both undergraduate and graduate programs, for example, the largest in Russia International Polytechnic Summer School. The cooperation between teachers of St. Petersburg Polytechnic University and universities of Iran is also quite intensive: in 2019, 11 teachers from Iran worked as invited professors at Polytechnic University. 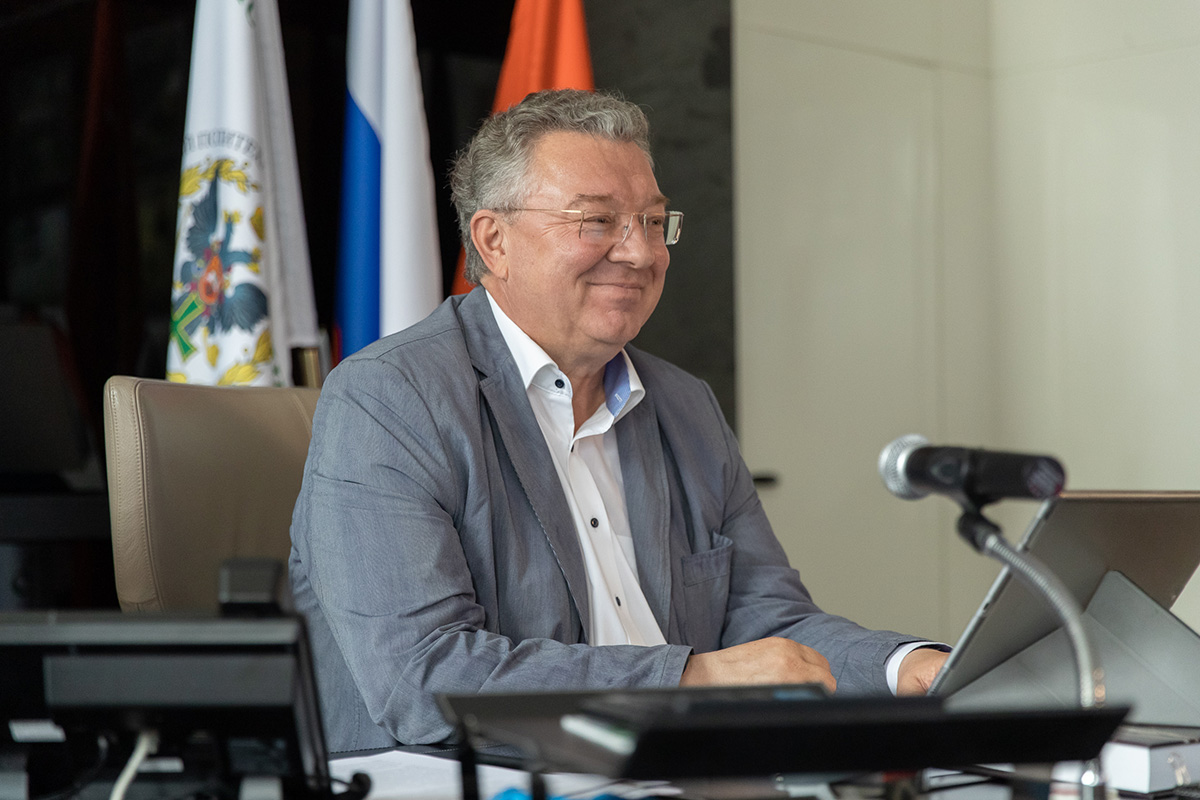 “On behalf of Polytechnic University, I propose initiating and launching at the state level bilateral Russian-Iranian programs to support student mobility and the programs of visiting professors, drawing on the experience of international and European programs. Such a special program would allow our countries to take into account regional and national interests for supporting and developing mobility programs, including in the training areas that are equally important for our countries, such as energy, power engineering, digital technology, technical physics,” said the rector of St. Petersburg Polytechnic University, emphasizing that Polytechnic University can offer Iranian colleagues to launch comprehensive multidisciplinary specialized training programs for the engineering elite, advanced training for specialists, joint project activities, field trips and internships at the sites of the NTI Center and partners in the TechNet Consortium.

The initiative of Andrei RUDSKOI was approved by the forum participants. President of the Russian Union of Rectors, Rector Lomonosov MSU Viktor SADOVNICHIY thanked the rector of St. Petersburg Polytechnic University for his perfect presentation and called Polytechnic University “a prominent polytechnic university not only in Russia, but worldwide.”

The 5th Forum of university rectors of the Russian Federation and the Islamic Republic of Iran ended with a dynamic discussion among the participants, during which the parties once again discussed the current world situation and identified capable points of interaction for the near future.