Viva the Friendship between Russian and Chinese Nations! 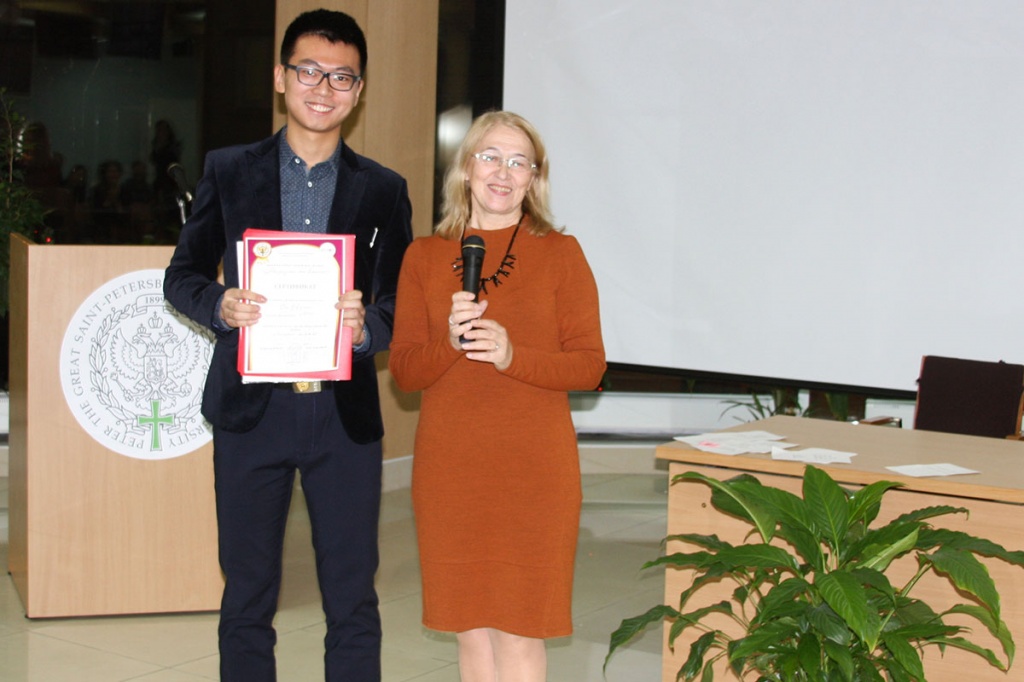 The festive evening of the Russia-Chinese friendship was a continuation of a whole series of the events organized by the Institute of International Educational Programs, which are directed at the active integration of international students into the new cultural environment, and was dedicated to the thorough study of the two countries, experience exchange, informal communication, and creative performances.

It should be noted, that a large number of foreign citizens are studying in SPbPU, and there are more than 750 students from the People's Republic of China among them. More than 300 students from China are studying in the Institute of International Educational Programs within the framework of University Foundation courses.

The distinctions of Chinese students are special philosophy, their own system of values and cultural traditions, individual approach to every undertaking. The interest of the Chinese youth in Russian education is determined by the active pace of development of the leading country's universities and their recognition abroad. Besides, Russian students are also interested in developing relations with China. In the Institute of Humanities, polytechnics study the Chinese language, culture, and economics, so that in future they could participate in projects connected with China. 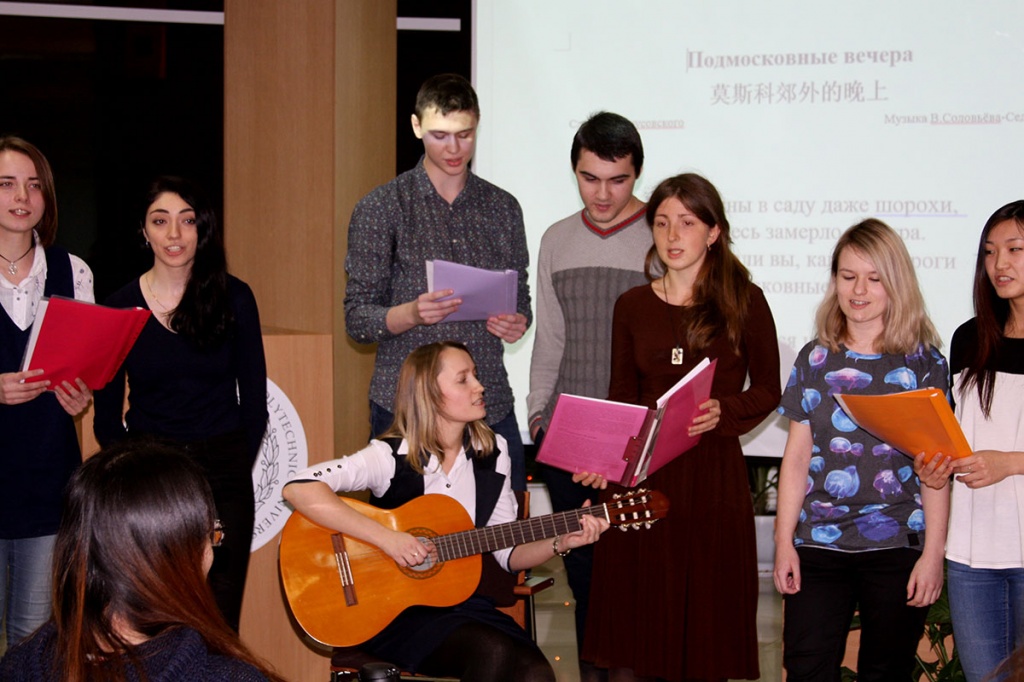 "Today, Polytech is an intersection of cultures, traditions, and customs from different countries. Young people, who enter our university, will later become guides of basic ethic values and modern trends. The idea of the collective and productive international dialogue plays an important role in forming the right concepts. It is highly possible that somebody of the Russian-Chinese evening participants later will determine the quality and contents of the Russian-Chinese relations, organize joint projects and research. It is very important in the conditions of the dynamic inter-university interaction with Chinese partners," – said the Director of the Institute of International Educational Programs A.M. Aleksankov.

The festive December evening of friendship was very warm and cozy for all the polytechnics. They recited poems, sang songs, and competed in Russian and Chinese tongue-twisters. More than 100 people gathered together to meet each other and become closer on this day.

"The students realize that the most important thing is adaptation to the new conditions, participation in cultural events, making friends with the natives, who will help to know more about the country," – told the Head of the "Russian Language for International Students" department I.I. Baranova. 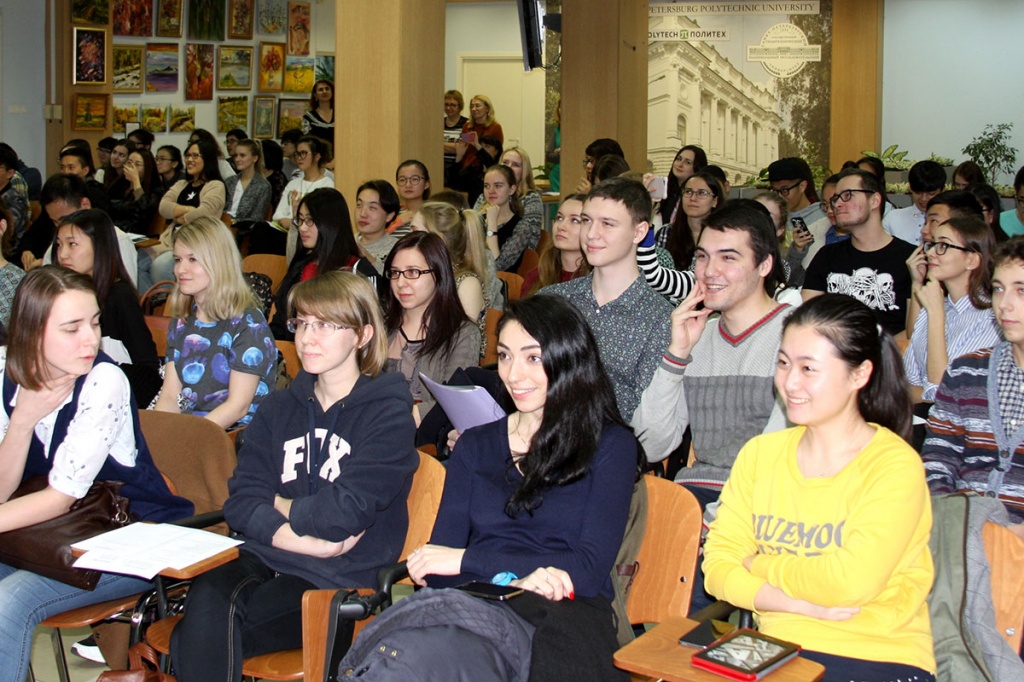 "All guests liked very much how a student from China Tsui Yan recited Rimma Kazakova's poem "A Friend from China". She put her heart into that poem and showed her personal attitude towards the poetess' works," – shared her impressions professor of the Russian language L.Y. Stepanova.

Associate professor from the Institute of International Educational Programs I.R. Kuraleva shared her colleagues' opinion. Irena Robertovna has been working with international students for years and thinks that they should visit such events more often, and learn to be cosmopolitans.

"It is necessary to aim at unification and cohesion. One needs to exit one's own world and take a step towards everything new. And even if the unknown frightens, never give up on your goals. The world welcomes everyone. Amaze it with your talents and personal discoveries," – added I.L. Kuraleva.

Russian students confessed that they really wanted to visit China but for many of them the trip to the Celestial country was a long-term plan. Students from China note that, when planning a trip, it is important to make a route. They told polytechnics about the most popular places in their country. China will certainly show its guests the Forbidden City in the center of Beijing, the Great Wall of China, the Terracotta Army, the ancient Temple of Heaven, the widely known Shaolin Monastery, the city of Suzhou which is called the Chinese Venice, fantastic Shanghai skyscrapers, the Mogao Caves, and Mount Huashan. And in the evening, China will invite you to an unforgettable walk in the bright and alluring city streets and will set a new meeting to show its kindness and hospitality.

Our students assured their Chinese friends that Saint Petersburg is also opened for the global dialogue. The sights of Palmyra of the North are the world's pride. Saint Petersburg invites to visit the magnificent palaces and museums, galleries and libraries, to enjoy the scent of the city's spring, to make a wish standing on one of the numerous bridges and throw a coin for good luck. Then, you will definitely return to the city on the Neva.

"You will definitely like the city of Peter and you will succeed in your every undertaking. Read more books and listen to the Russian music," – advised one of the event participants from the Russian side.

At the end of the memorable meeting, all participants and guests sang together the famous song "Moscow Nights", which long before had become a peculiar anthem of our countries, the best memory of friendship and love between people of different nations.