Within the framework of the 15th German Week in St. Petersburg SPbPU hosted the regional final of the International Youth Conference Falling Walls Lab. The event was organized in cooperation with the German Academic Exchange Service (DAAD) and the German Centre for Research and Innovation in Moscow (DWIH). An opening and welcome speech was made by SPbPU Vice-Rector for International Relations Dmitry ARSENIEV, Deputy Head of the head of the Department of Culture, Press and Communications at the German Consulate General of the Federal Republic of Germany in St. Petersburg Nikolai STOIKOV, Head of the DAAD Information Center in St. Petersburg Beate KOLBERG and DWIH Coordinator Mikhail RUSAKOV. 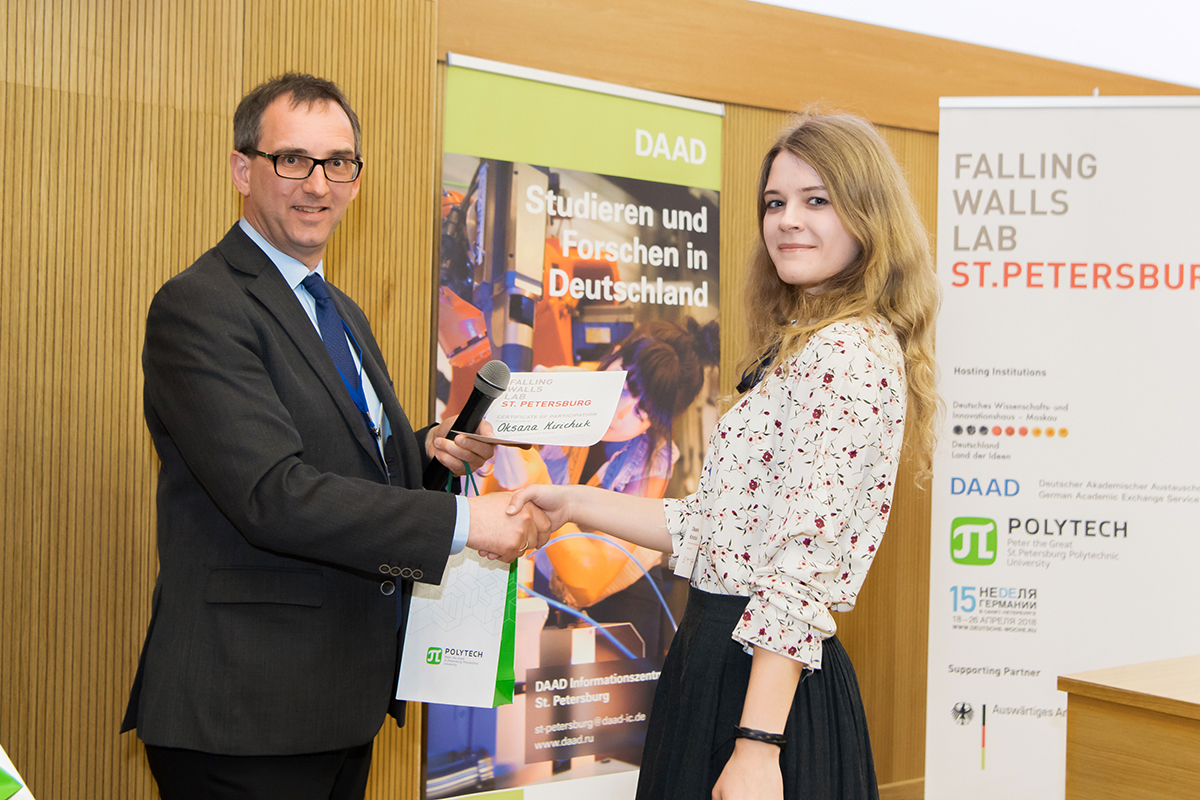 The project Falling Walls Lab was launched in 2011 to commemorate the 20th anniversary of the fall of the Berlin Wall with the support of the German government and entrepreneurs. Every year young people from all over the world get together with the slogan "Which are the next walls to fall?". Participants present their breakthrough discoveries within research and innovation projects to a wide audience.

The regional final of the Falling Walls Lab took place in St. Petersburg for the first time. Among the numerous applications on the competitive basis the competent commission selected 18 projects to make presentations in the New Research Building of the Polytechnic University. Participants of the event were students and young scientists from SPbPU, the Russian Customs Academy, Higher School of Economics (Moscow), St. Petersburg State University, ITMO University and Belarus State Economic University (Belarus). 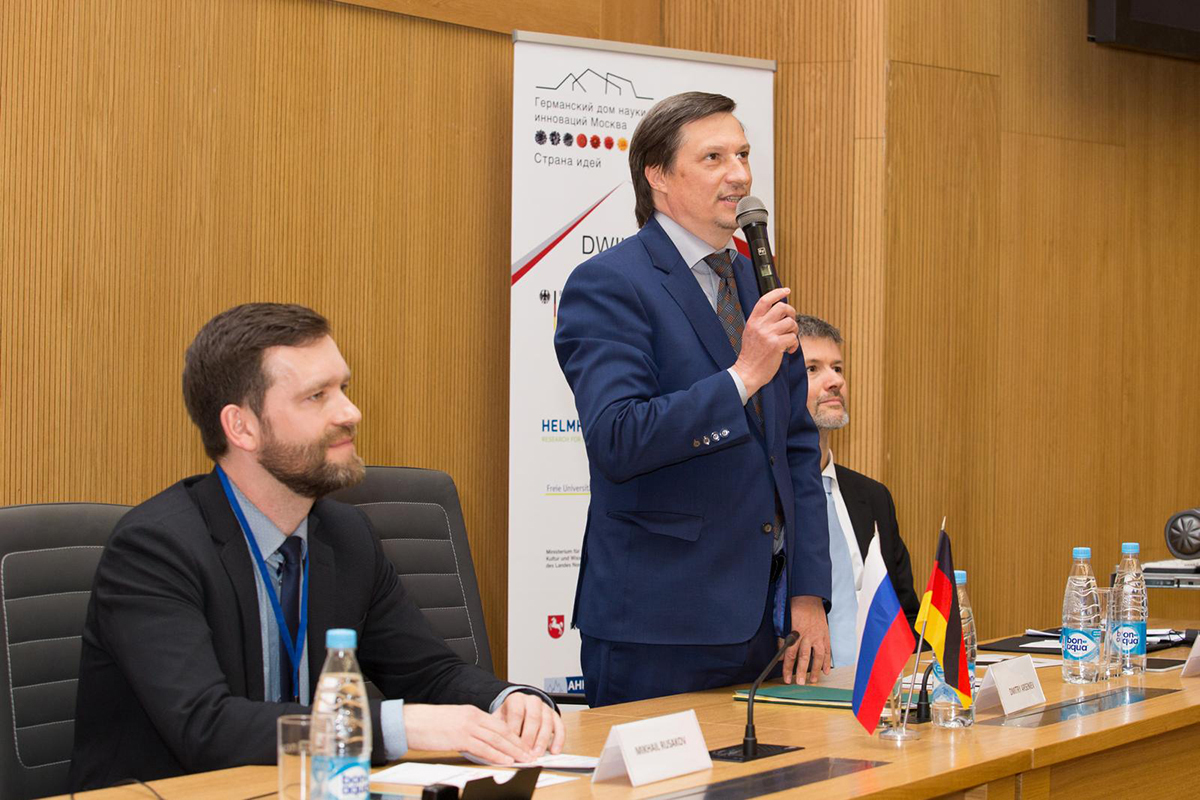 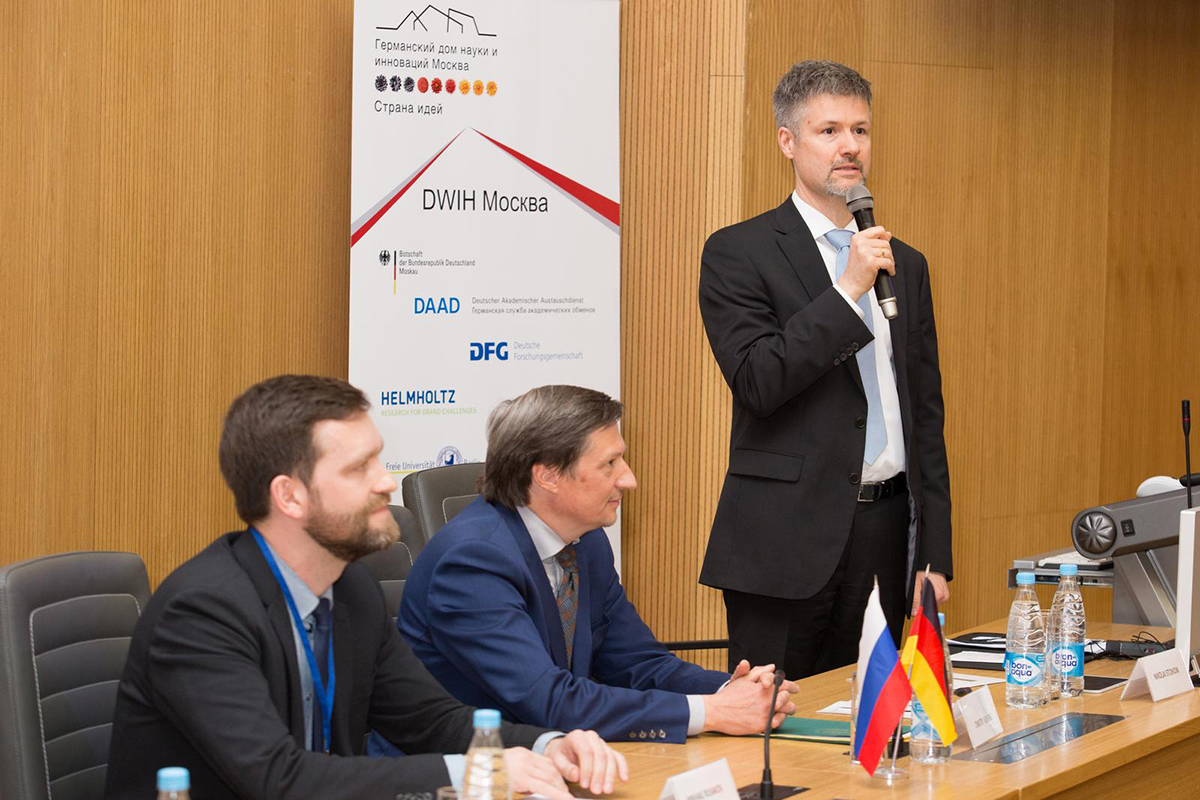 The representative jury included Professor Armin FELDHOFF (Chairman of the Jury), Ph.D. Madeline BLOCK, Director of SPbPU Higher School of Software Engineering Pavel DROBINTSEV, Director of SPbPU Innovation Activity Development Center Ilya GROSHEV, Senior Researcher of the Research Institute of Influenza of the Ministry of Healthcare of the Russian Federation Anna-Polina SHURYGINA and Solo Corporate Lawyer Mikhail BORODIN. The Master of the Ceremony was the Head of the Russian-German Bureau of Ecological Information Angelina DAVYDOVA. 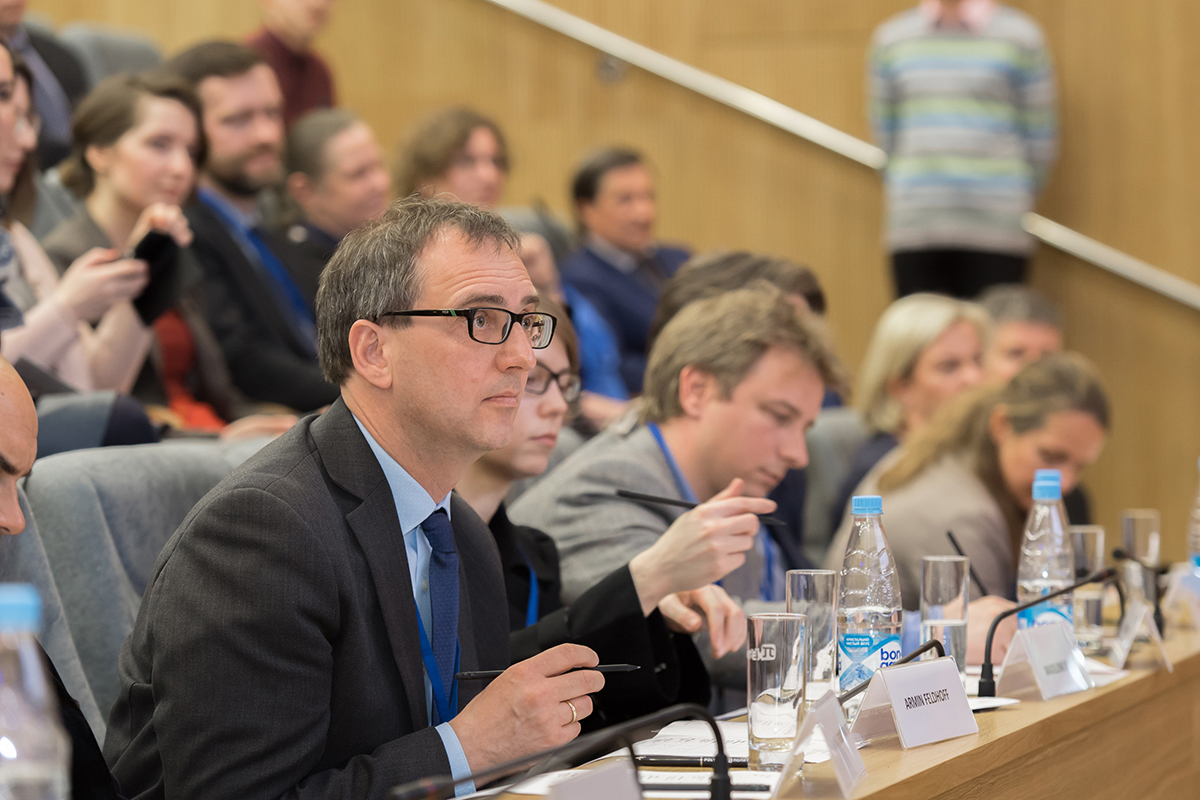 Within the framework of the competition young scientists presented their research projects and innovative ideas in the field of biomedicine, information technology, physics, etc.

A distinctive feature of Falling Walls Lab is the unusual format: each participant has only three minutes to present his project and only three slides of the presentation. And he has to outline the essence of his idea in the most informative way. And the competition is held in English only.

After all presentations the expert commission selected the winner, who would go to the Falling Walls Lab Finale in Berlin. It was a fourth-year student of SPbPU Institute of Physics, Nanotechnology and Telecommunications Oksana KIRICHUK. She offered her own version of the solution to the problem of circulatory disorders. 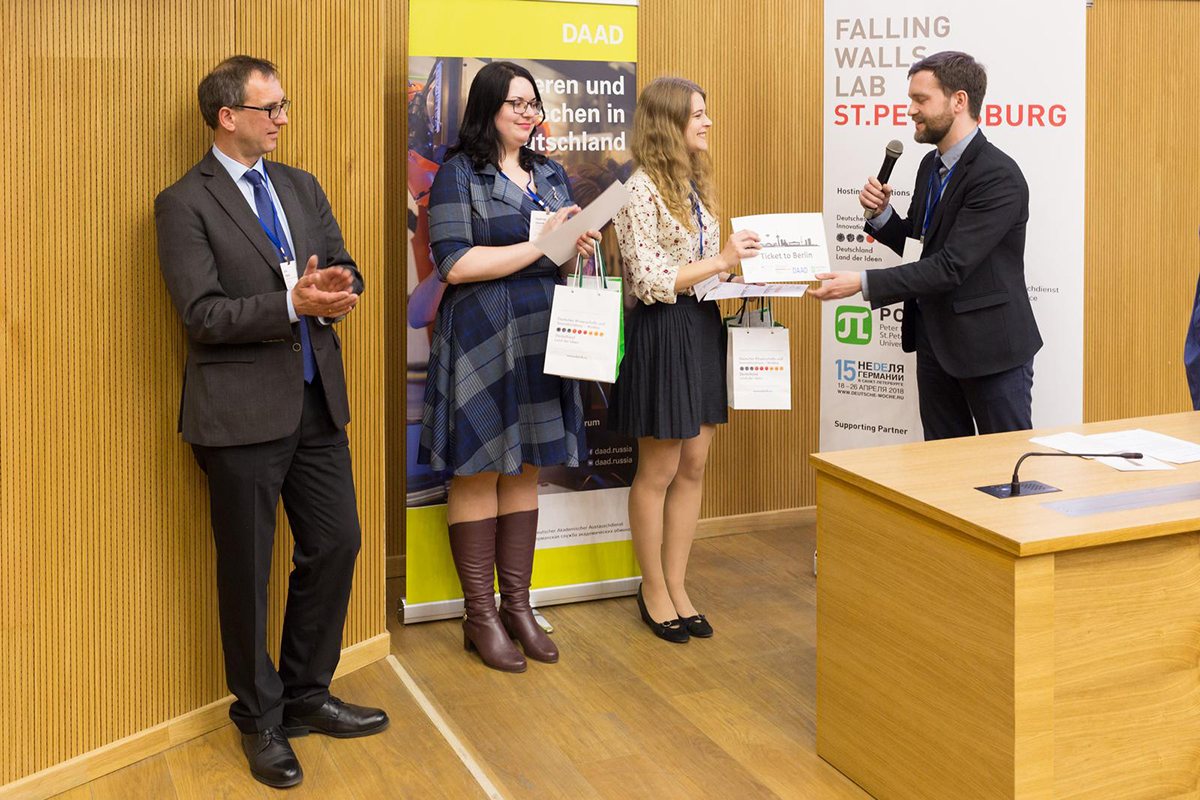 "I did not expect that my project would win: in my opinion, all the presentations today were on the high level, because they targeted important and serious issues for the modern world - my colleagues offered solutions in the field of cancer treatment, environmental problems and discussed new and available methods of medical diagnostics. I am very happy to be a part of such a large-scale event and I am proud to be able to represent the Polytechnic University in the global final in Berlin, " commented the winner in the interview with SPbPU International Office.

Oksana KIRICHUK is a student of the Department of "Medical Physics" of SPbPU Institute of Physics, Nanotechnology and Telecommunications. She has been working on the project for several years with its scientific supervisor, Sergey KUZNETSOV (senior researcher of the Laboratory for Bioprosthetic Repair and Cardioprotection of Federal Almazov Medical Research Centre). The project goal is to solve the problems of circulatory disorders, in particular to reduce the need for amputation in patients with diabetes, as well as in patients who have suffered thermal burns and other types of injuries.

"The more we study this topic, the wider range of problems which can be solved we see. At the basis of our research we have an idea that blood when it is in contact with certain sorbents there is more regenerative capability. That means that treatment can be done without medicine and only due to the body's own regenerative abilities, " Oksana KIRICHUK told about her project. 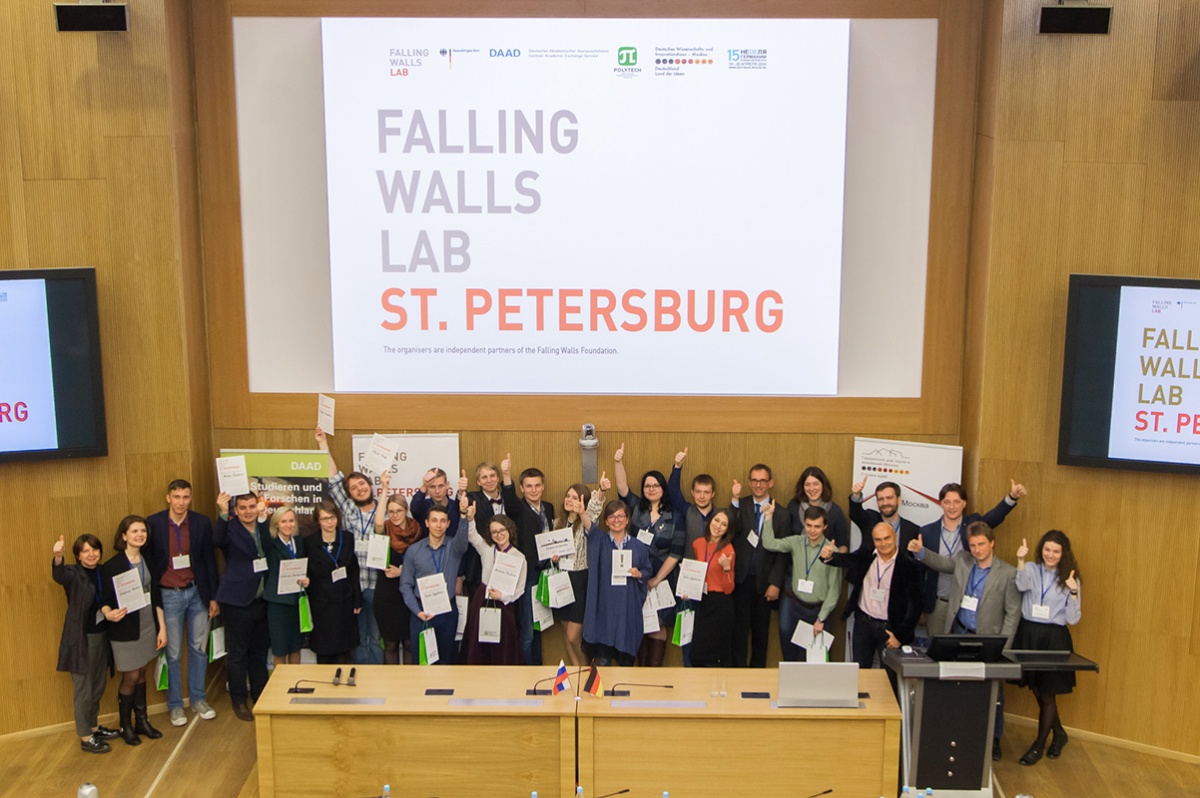 The jury agreed that the presented project is the best in the regional stage of the Falling Walls Lab, and wished Oksana KIRICHUK good luck in the final competition, which will be held in Berlin on November 8-9, 2018. We join the congratulations and we wish Oksana success in further research, and the Polytechnic University - even more successful and talented students.