Delegation of Hong Kong Polytechnic University at SPbPU. The Schedule of the Visit 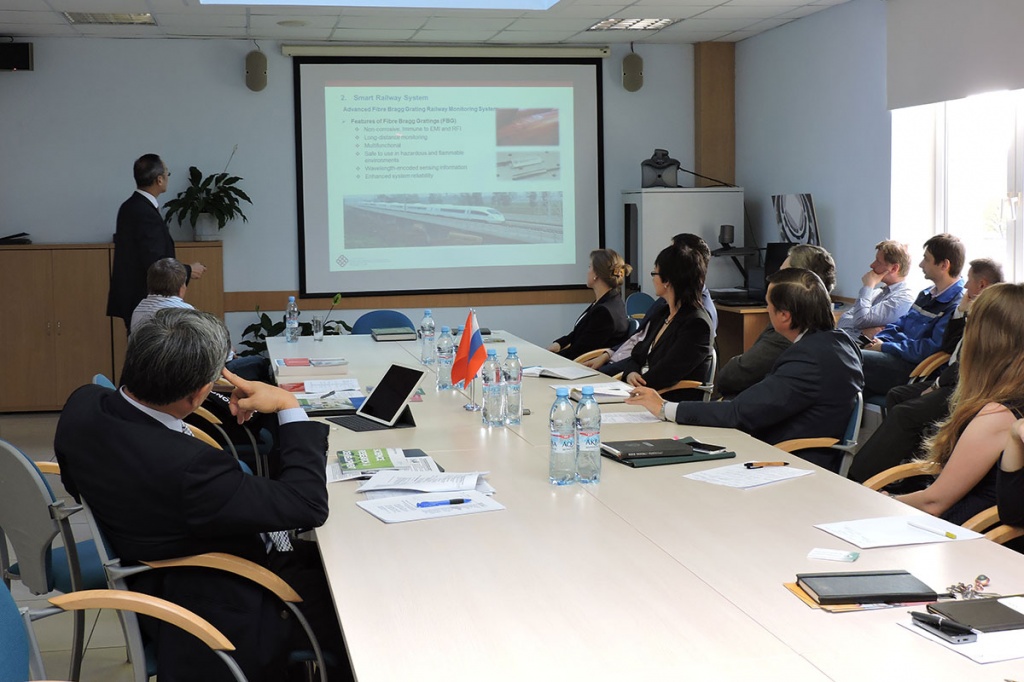 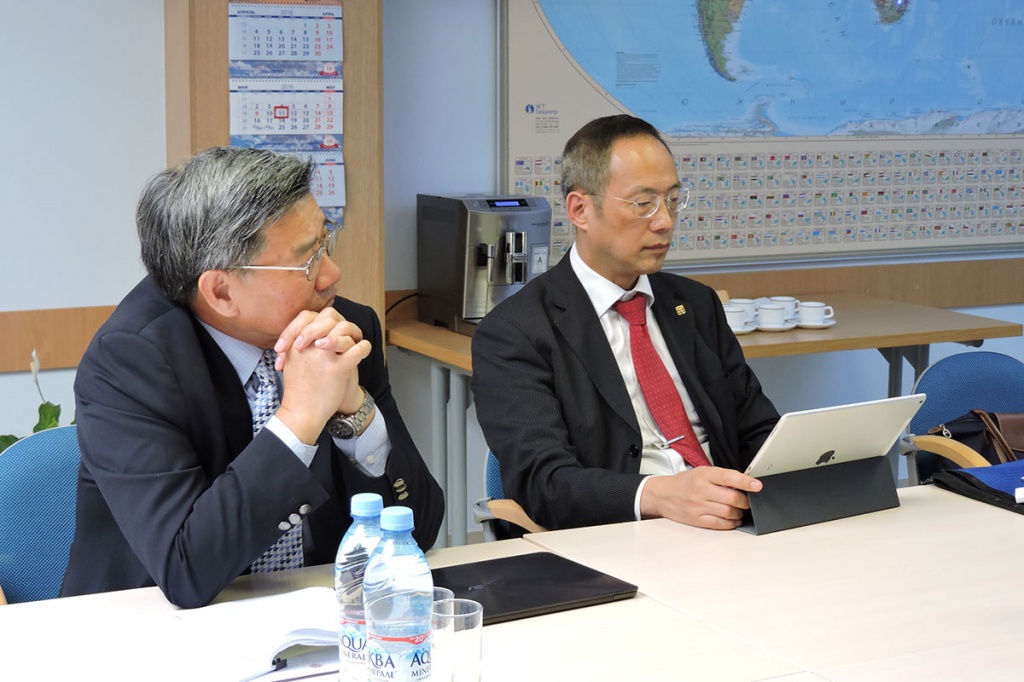 D.G. Arseniev, Vice-Rector for International Relations, introduced the members of the research team of the Polytechnic University, namely professors and staff of the university departments involved in international cooperation, to the honorary guests. He confirmed the intention of all the university subdivisions to cooperate in the atmosphere of transparency. The Vice-Rector called 11th May, when the remarkable meeting occurred, “a historic day”. As a result of the roundtable discussion, the parties have worked out a roadmap which identifies the areas and ways of cooperation for the upcoming academic year.

V.D. Zakhmatov, a lecturer of the Department of Extreme Processes in Materials and Explosion Safety at the Institute for Military Engineering and Safety Research, was the first to make a speech at the meeting. The Professor’s presentation was devoted to averting manmade disasters and developing special safety equipment. According to V.D. Zakhmatov, this field is especially interesting for the international academic circles, and governments and scientists work together to provide solutions to safety problems.

A.A. Alkhimenko, Director of the Research and Education Center “Weatherford-Polytechnic”, also supported the initiative and the willingness to cooperate with the Hong Kong Polytechnic University, speaking about the activities and achievements of the Center. It is worth mentioning that the honorary guests were particularly interested in the areas in which the Center is working, among which are corrosion testing, friction testing, fatigue testing and corrosion fatigue testing, metallographic research and many others. The director confirmed the fact that all tests conform to the Russian and foreign standards.

“Hong Kong Polytechnic University is a high-profile institution. We are happy to have an opportunity to establish cooperation in the sphere of science and technology and we hope to carry out successful projects together and achieve positive results”, said A.A. Alkhimenko.

The issues concerning the educational projects of SPbPU were also covered during the roundtable discussion, such as bachelor’s and master’s degree programs, postgraduate programs and the participation of our colleagues from Hong Kong in the International Polytechnic Schools.

D.G. Arseniev spoke about historical ties between the various institutes of SPbPU, which are quite reasonable nowadays. Training modern engineers is hardly possible without deep knowledge in the field of contemporary international management. These tasks are successfully fulfilled by the staff of the Institute of Industrial Management, Economics and Trade. “The Polytechnic University helps every student to develop leadership skills necessary for their future careers”, believes Vice-Rector for International Relations.

In their turn the delegation of Hong Kong Polytechnic University made a presentation on their university emphasizing the achievements and offers of one of the most reputable universities in the world.

The delegation of Hong Kong Polytechnic University also visited the Institute of Advanced Manufacturing Technologies, where they familiarized themselves with state-of-the-art developments in the sphere of automobile construction. The parties agreed upon joint projects in the field of computational fluid dynamics, additive technologies and turbine construction. It is worth mentioning that SPbPU is interested in cooperation with a similar center of Hong Kong Polytechnic University, namely PolyU Industrial Centre.

Alexander Wai, Vice President (Research Development) also visited the Research Laboratory “Fiber Optics” at the Institute of Physics, Nanotechnology and Telecommunications. During the meeting D.N. Bychkovsky, a representative of the Joint Institute of Science and Technology, made a presentation devoted to research projects in the sphere of producing lighting based on organic light emitting diodes with an intelligent system for controlling light and color of the illuminance of the active OLED layer. The projects of the Department of Integrated Electronic System at the Institute of Physics, Nanotechnology and Telecommunications were also presented at the meeting. The representatives of SPbPU and Hong Kong Polytechnic University agreed upon joint projects aimed at designing integrated microcircuits for space explorations, including energy-saving high temperature integrated microcircuits.

Professor Hau-chung Man also visited the Research and Engineering Center “Laser and Welding Technologies” and the Laboratory “Intelligent Control Systems”. During the negotiations with Professor G.A. Turichin at the Center “Laser and Welding Technologies” Professor Man discussed in great detail the possible joint research projects, the first likely stage being a postgraduate exchange program. Professor Man remarked that he was “deeply impressed with the equipment and facilities available at the Polytechnic University”.