The 23rd All-Russian Youth Conference on the Physics of Semiconductors and Nanostructures, Semiconductor Opto- and Nanoelectronics was held in St. Petersburg. This year, the event reached an international level: students and postgraduate students from St. Petersburg, Moscow, Nizhny Novgorod, Novosibirsk, and other Russian cities were joined by young scientists from Armenia. 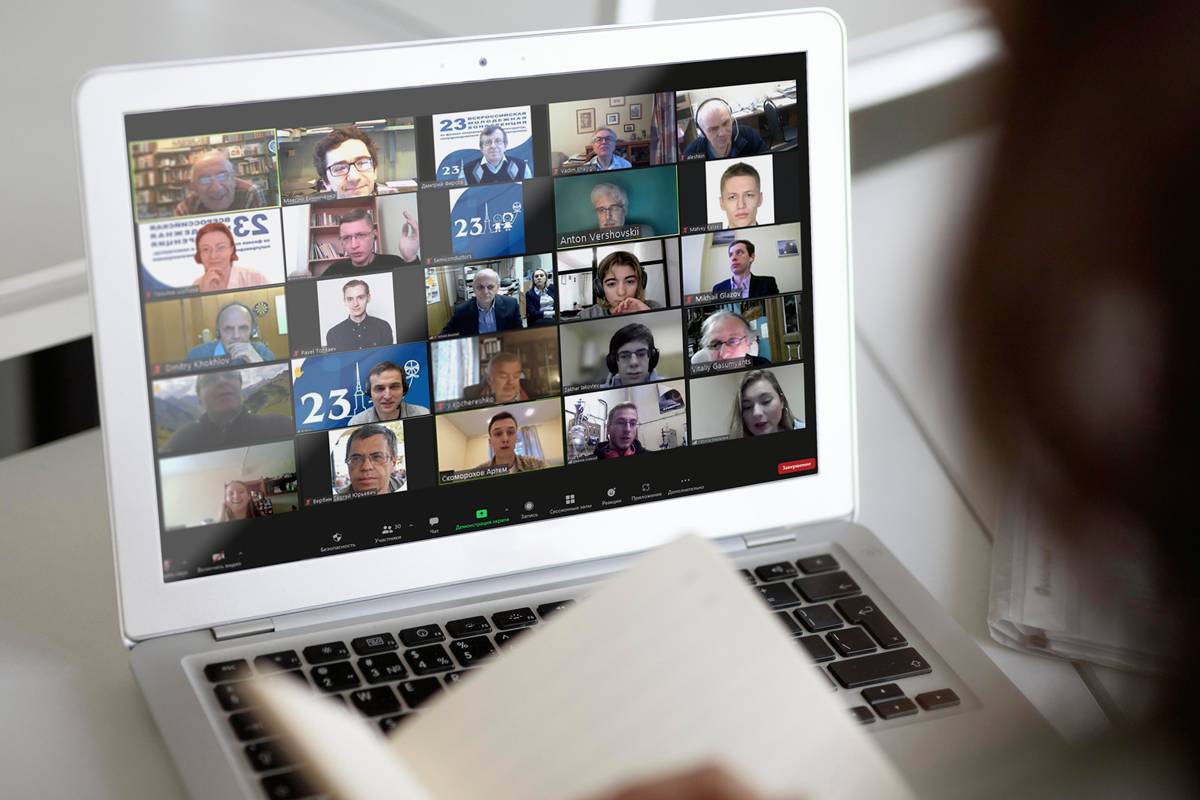 The conference was organized by Peter the Great St. Petersburg Polytechnic University, the Alferov University, the Ioffe Physical and Technical Institute, and the St. Petersburg State University. A.F. Ioffe, St. Petersburg State University, and the Russian-Armenian University. The conference was supported by the Ministry of Science and Higher Education of the Russian Federation within the framework of the project «Implementation of measures to improve the efficiency of the Russian-Armenian (Slavonic) and Belarusian-Russian Universities» and Tidex Ltd. Dmitry FIRSOV, Professor of the Higher Engineering Physics School of the Institute of Electronics and Telecommunications, SPbPU, was the head of the Organizing Committee. 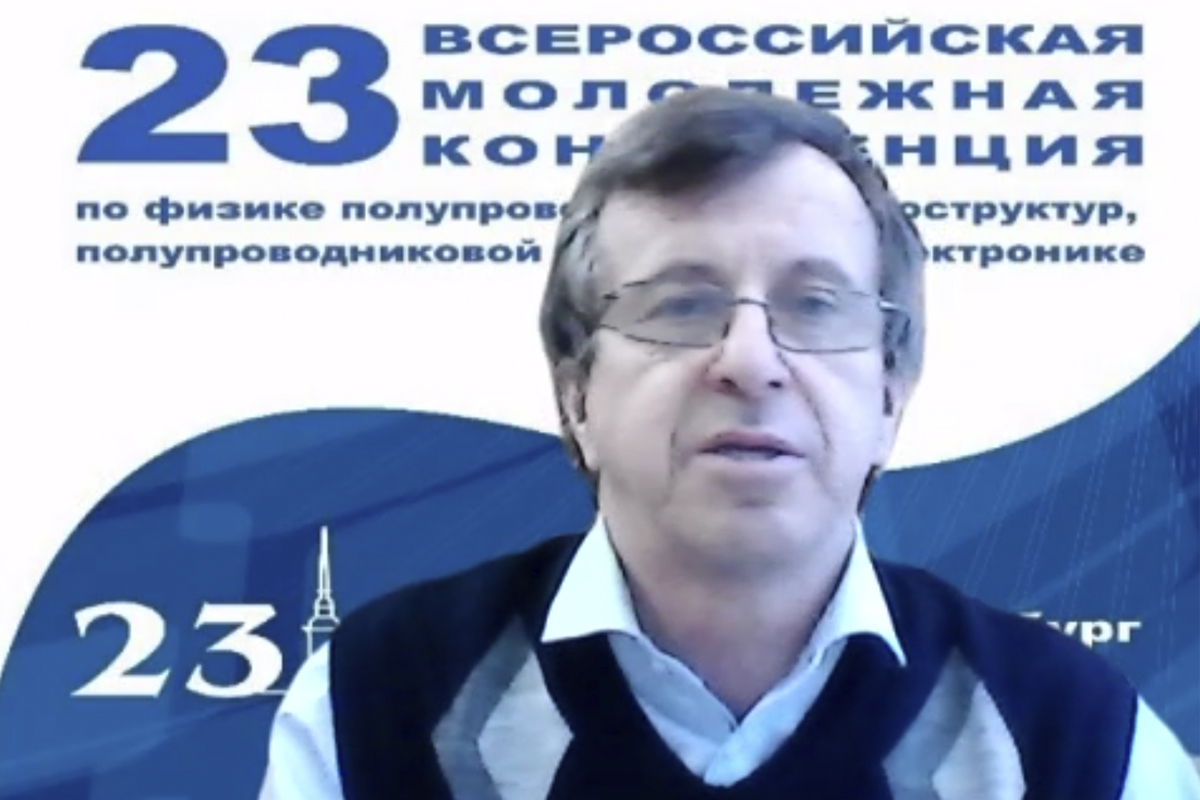 The chairman of the conference, Academician of the Russian Academy of Sciences Robert SURIS noted the non-triviality of holding a large-scale conference in a distant format and emphasized that such a format has certain advantages. The remote format increased the number of participants from Siberian cities and contributed to the fact that young scientists from Armenia took part in the conference. It is also important that leading scientists from other Russian cities, in particular from Moscow and Nizhny Novgorod, actively participated in the online sessions of the conference. And serious competition at the stage of selecting applications for participation ensured high evaluation criteria. The final program of the conference included 51 oral reports and 54 poster presentations. All of the oral reports were presented online in the plenary sessions and the poster presentations included three obligatory components: a poster, a pre-published two-minute video, and an online discussion with all comers. 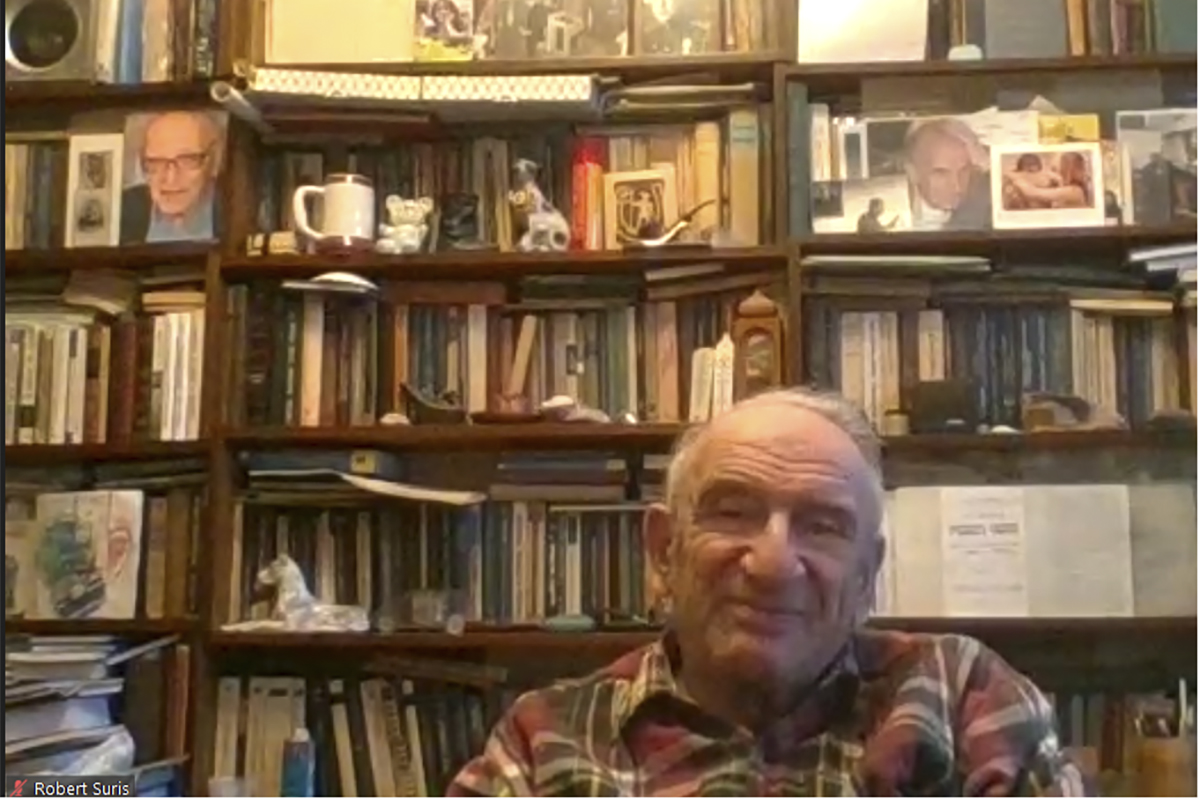 The high tone of the conference was set by the invited speakers, leading Russian scientists. On the opening day of the conference, experimental physicist Anton VERSHOVSKY (Ioffe Physical Institute) made a presentation on «Quantum optical sensors on thermal atoms and atom-like structures». Since the beginning of the 21st century, there has been a boom in the development of quantum sensors, especially magnetic field sensors. They are widely used in biology and medicine, primarily in magnetic brain encephalography and magnetic cardiography, emphasized Anton VERSHOVSKY, «ultrasensitive sensors can register magnetic fields created by electric currents in the cerebral cortex, which are 9-10 orders of magnitude weaker than the Earth’s magnetic field.» 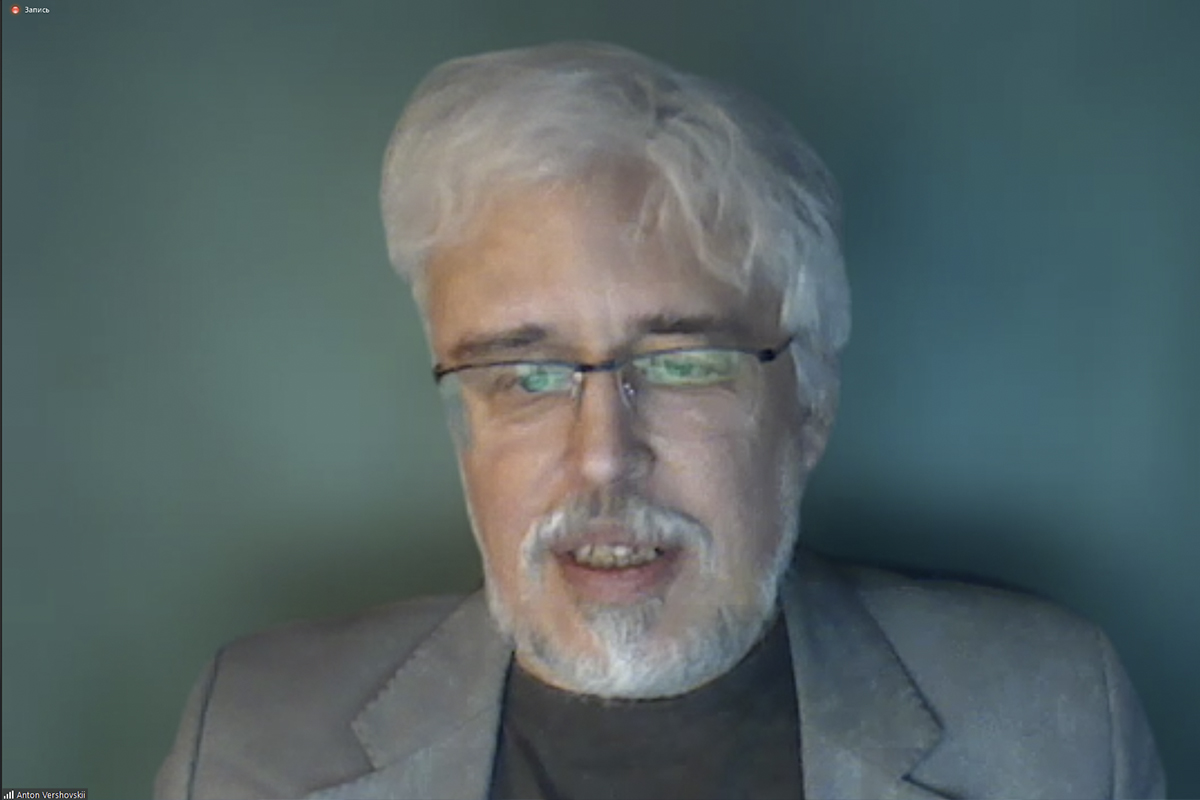 The second guest speaker, theoretical physicist and Corresponding Member of the Russian Academy of Sciences Mikhail GLAZOV devoted his presentation to spin noise in semiconductors. Speaking about the relevance of these studies, Mikhail GLAZOV noted that the pioneers of the method of polarization spectroscopy of spin fluctuations, Evgeny ALEXANDROV and Valery ZAPASSKY, were awarded this year the State Prize of the Russian Federation in Science and Technology. The report discussed advances in theoretical and experimental studies of spin fluctuations in bulk semiconductors and semiconductor nanostructures. A method for detecting spin fluctuations by rotation of the plane of polarization of the beam probing the material or structure understudy was clearly described. 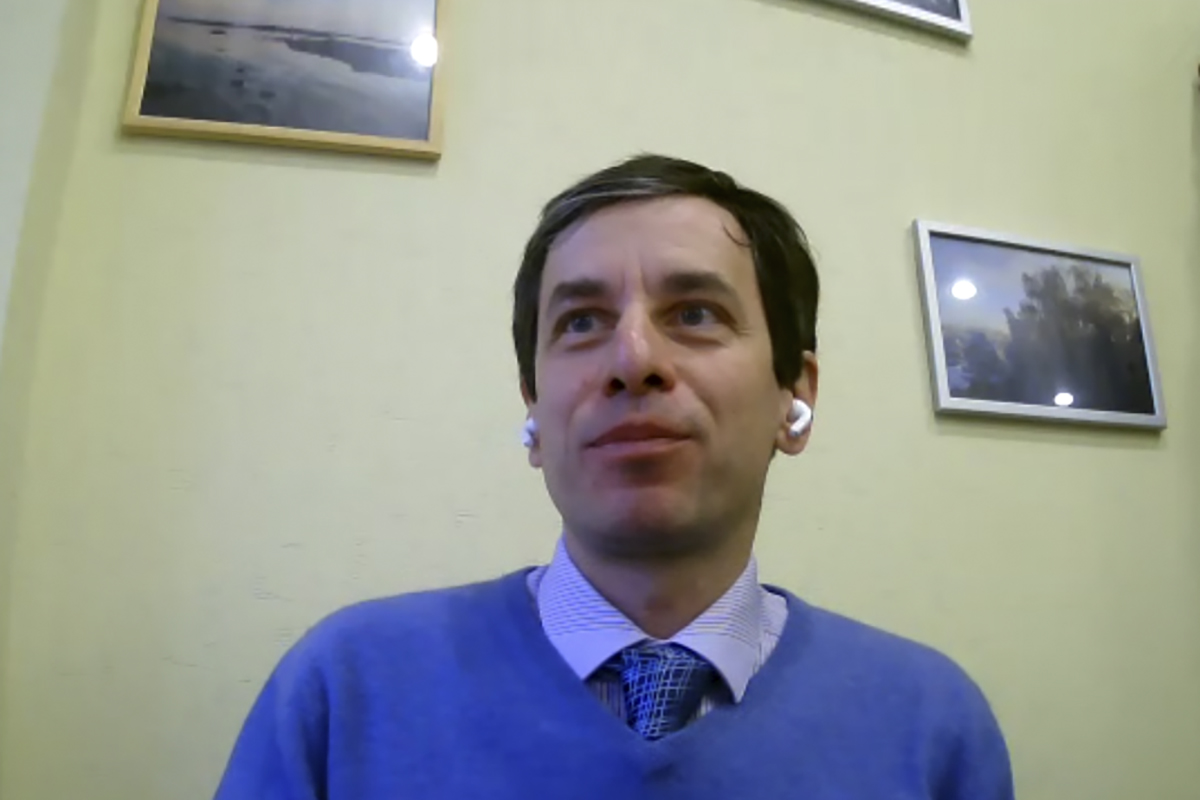 Among the speeches of graduate and postgraduate students, there were many bright works performed at the highest and modern level. There were reports on original fundamental research on spintronics, optical and photoelectric effects in semiconductors and nanostructures. In particular, the works on experimental and theoretical studies of spin transport, on generation and detection of spin currents, and the effect of entrainment of photons by a flow of electrons were of interest. Many works have a pronounced applied orientation: we are talking about new materials, including metamaterials, lasers, and LEDs, sources of infrared and terahertz radiation, detectors of optical signals and gas-sensitive sensors, single-electron transistors. 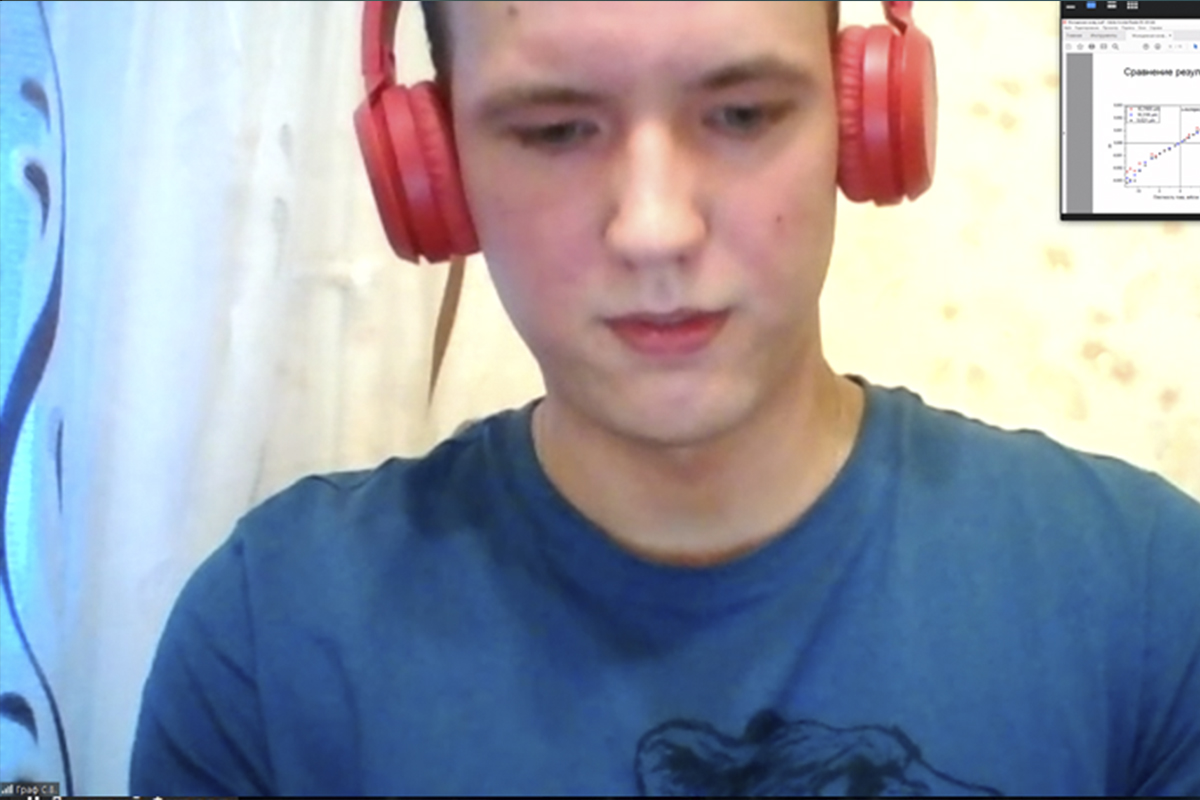 During the conference, a competition for the best paper was held among young scientists, with diplomas and prizes awarded. Several SPbPU students and graduate students were among the awardees. Postgraduate student Sergey GRAF was awarded a third-degree diploma for his work «The effect of photon entrainment by electron flux in GaAs/AlGaAs quantum wells». Postgraduate student Roman ADAMOV and Polytechnic University students Alexey IVANOV and Ekaterina ALIMOVA were also awarded diplomas. Among the theoretical papers presented at the conference, the paper «Linear and nonlinear optical properties of vertically coupled cylindrical quantum dots with modified Pöschl-Teller potential» by Tigran SARGSYAN, a postgraduate student of the Russian-Armenian University, was specifically noted. A special issue of the Journal of Physics entitled Conference Series published by IOP Publishing is being prepared for printing based on the conference materials. 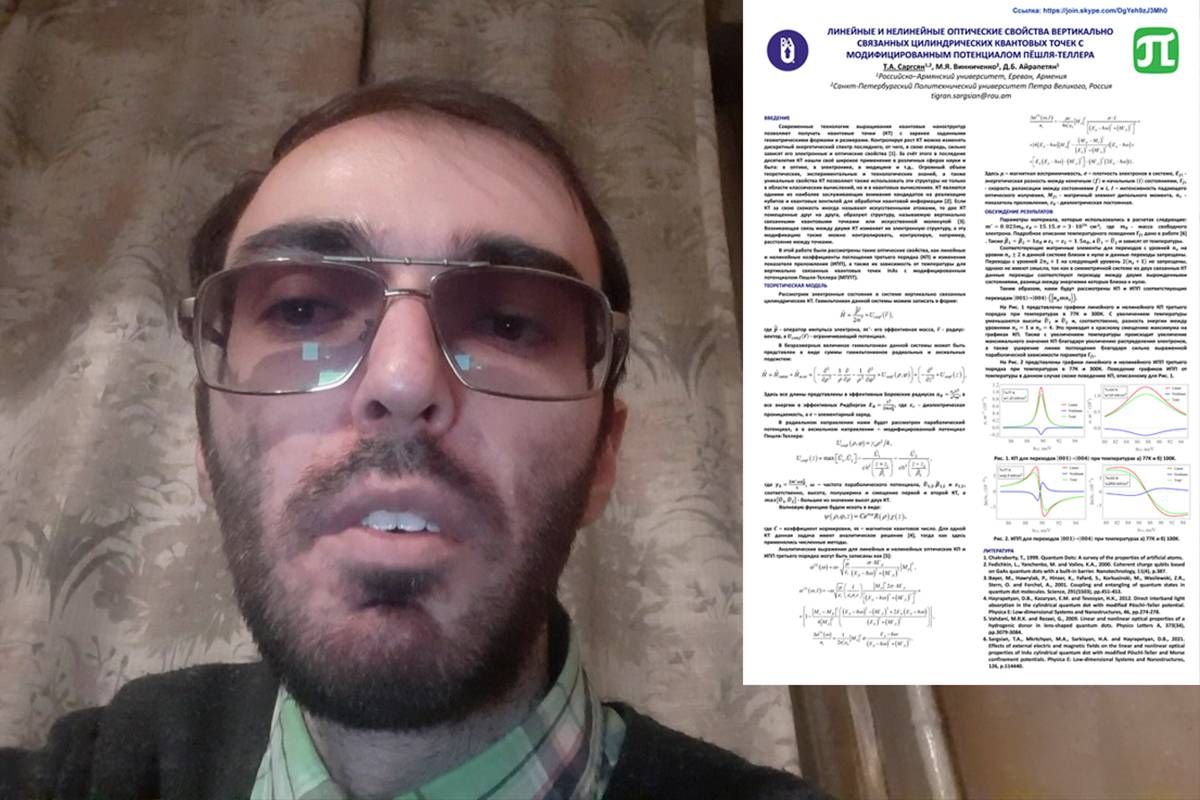 Among the submitted works with innovation potential, the work of Pavel Tonkaev dedicated to metamaterials was noted, which was recommended for participation in the competition in the nomination «For scientific results with significant novelty and the prospects for their commercialization». The winners will receive grants from the Foundation for Assistance to Small Innovative Enterprises in Science and Technology (the UMNIK program).

The All-Russian Youth Conference on Semiconductors, Nanostructures, Semiconductor Opto- and Nanoelectronics is held in St. Petersburg every year for over two decades. Detailed information about the past conference can be found on the website of the event.

Prepared by the Conference Organizing Committee and SPbPU International Office