For the of 72th Anniversary of Lifting the Siege of Leningrad

The Russian fireworks thunder and fill the world with delight
It is Leningrad breathing freely again and feeling all right!

January 27 is a great date, which went down in the history of our city and the whole country as the day when the siege was finally lifted on. After 900 days of famine, cold and exhaustion both at the front and in the rear the city survived and won! Peter the Great St. Petersburg Polytechnic University students and staff express their deep respect to the heroism of Leningrad and every year hold out a series of events dedicated to this memorable date. 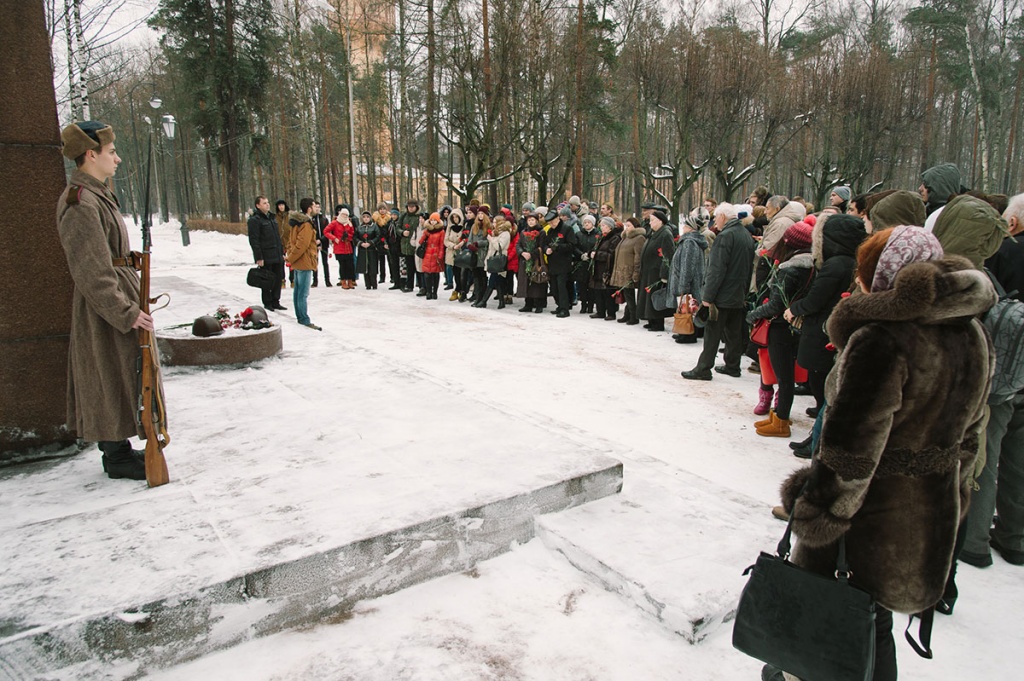 “Today is a special day - the day of lifting the siege of Leningrad. I guess there is no person or family in St. Petersburg whose destiny was not affected by these painful events. It is essential to share with the young generation the history of our city and contribution of the Polytechnicians into the break of the Leningrad siege and into the Great Victory over Nazi Germany – then nothing and no one will be forgotten” – pointed out Ivan KHLAMOV, the Chairman of the military and the history club “Our Polytech”.

Indeed, one cannot help recalling about the significant role that the Polytechnic University played in protecting the city from the enemy. During the wartime there was a school for heavy tanks radio gunners in the Hydro-Building, the Main Academic Building was refit as a hospital and the Second Academic Building was turned into accommodation for medical staff. The Institute workrooms were reequipped to fulfill military orders, dozens of scientists worked for defense industry enterprises. Such Polytechnicians as S.S. Golushkevich, P.P. Kobenko, N.M. Reiman, A.R. Shulman contributed enormously to the construction of the Road of Life by having proved theoretically the safest modes of the ice cover operation. 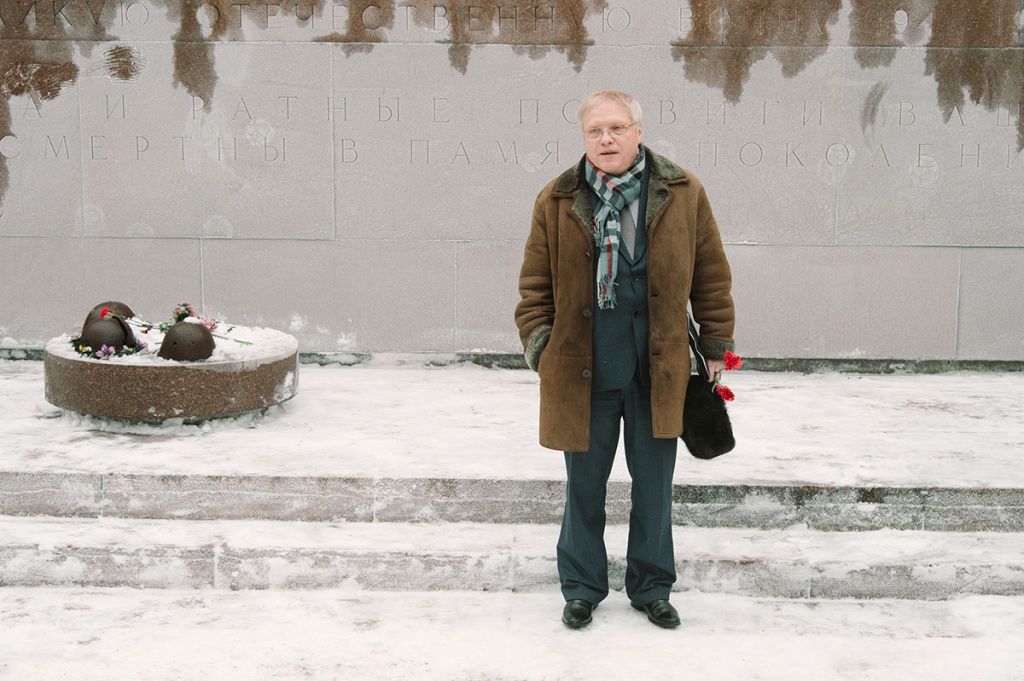 The large-scale program of 72th Anniversary of Lifting the Siege of Leningrad began with the opening ceremony of the interactive exhibition “Siege of Leningrad” in the Main Academic Building of the Polytechnic University. Among the exhibits there were photos and welfare items of Leningraders during the siege. The visitors could see the Red Army fighters’ personal things and ammunition, all of which had been found by the search party “Volunteer-Polytech” in the Sinyavino Heights, an area where lots of fierce battles had taken place. Not only the students and employees of our university could visit the exposition, but also foreign students and a delegation from Tula State University. 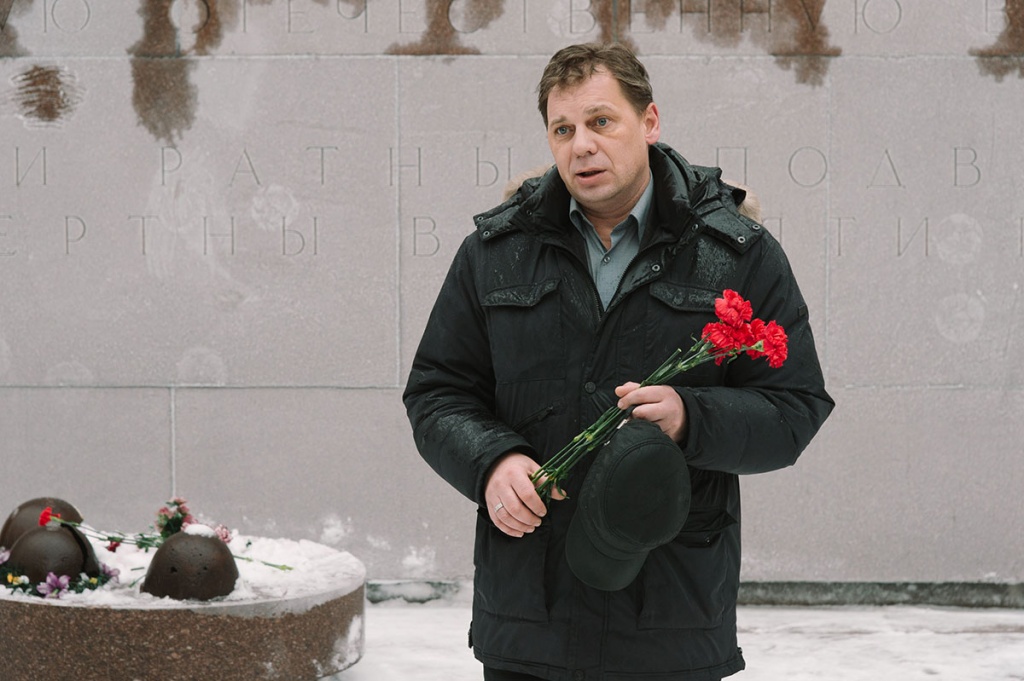 The memorable events went on with a solemn meeting in honor of lifting the Nazi siege next to the Perished Polytechnicians Memorial. The veterans, the administration and the students of the university participated in this event. The meeting was opened by the director of SPbPU History and Technical Museum V.Y. KLIMOV: “I congratulate you on the Leningrad Victory Day! You have heard alright: I believe that lifting the siege can be fairly considered the Victory of the city over the enemy. On behalf of my generation I say that we are proud to be compatriots of the heroes who defended Leningrad!” 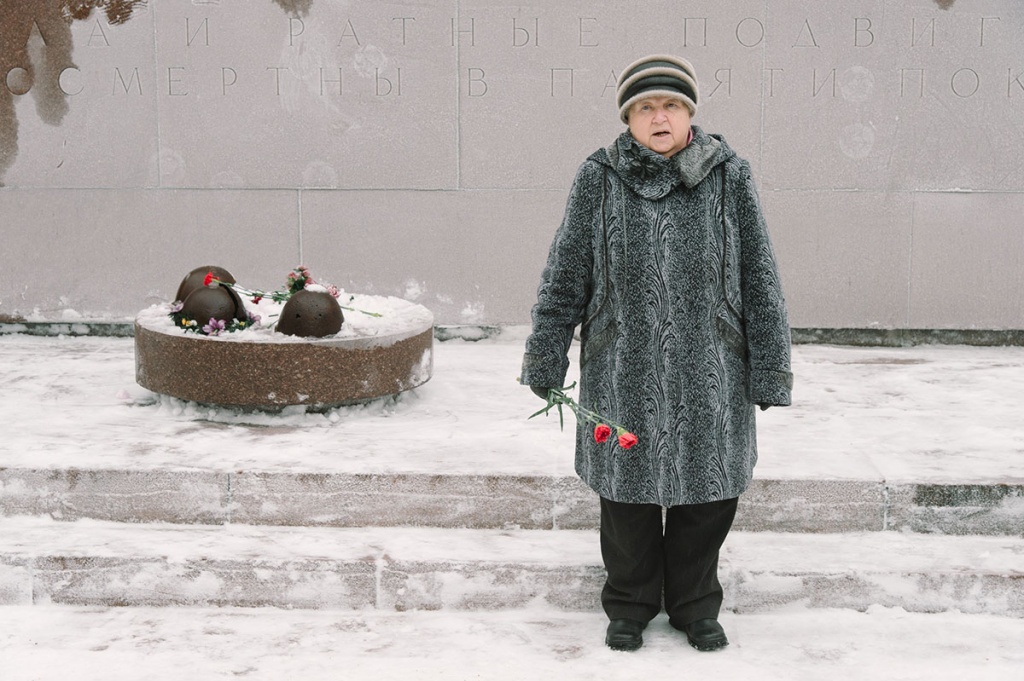 On behalf of the university administration D.I. Kuznetsov, the Vice-Rector and Press Secretary, made a speech at the meeting. He thanked everybody for participating in the solemn ceremony and emphasized that “the Leningraders’ courage and bravery shall never be forgotten. The Polytechnic University knows its heroes, is proud of their heroism and carefully keeps memory about them.”

The survivor of siege, professor of SPbPU S.A. Sirotkina shared her memories about the life of the city during the Great Patriotic War and the role of the Polytechnicians in the victory over the fascists. After that the people at the meeting honored the memory of Leningrad’s heroes with a minute of silence and laid some flowers to the Dead Polytechnicians Memorial and “Kolodets Zhizni” Monument (rus. Life Well). 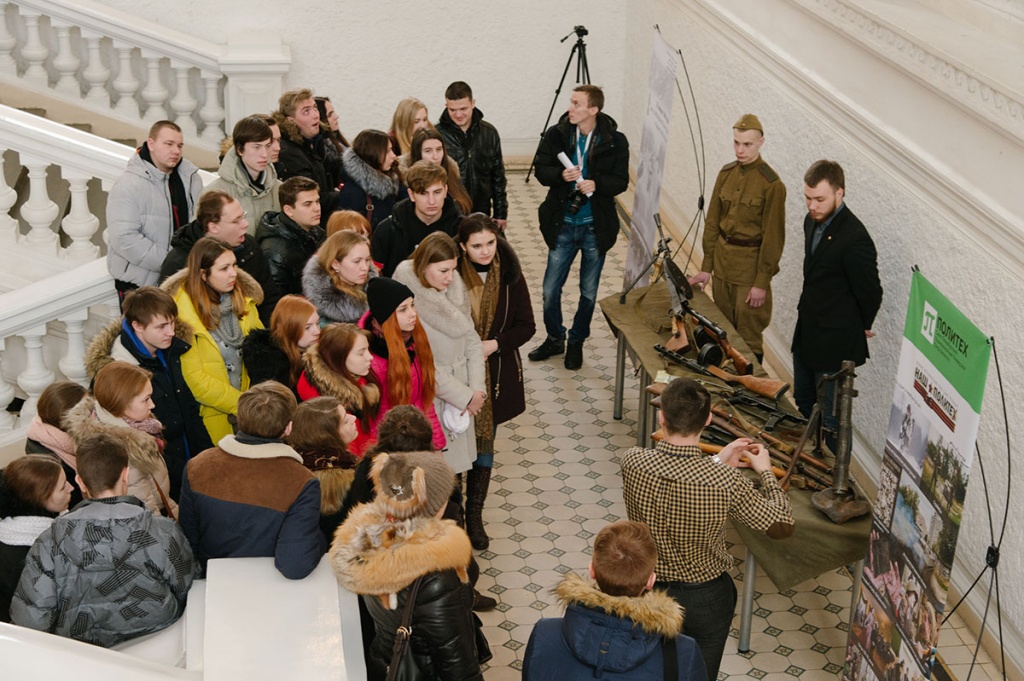 The celebration of the 72th Anniversary of Lifting the Siege of Leningrad ended up with a really moving concert program in the room of military glory of the university. The participants looked through the pages of history, sang military songs accompanied by the guitar and harmonica, and recited poetry. 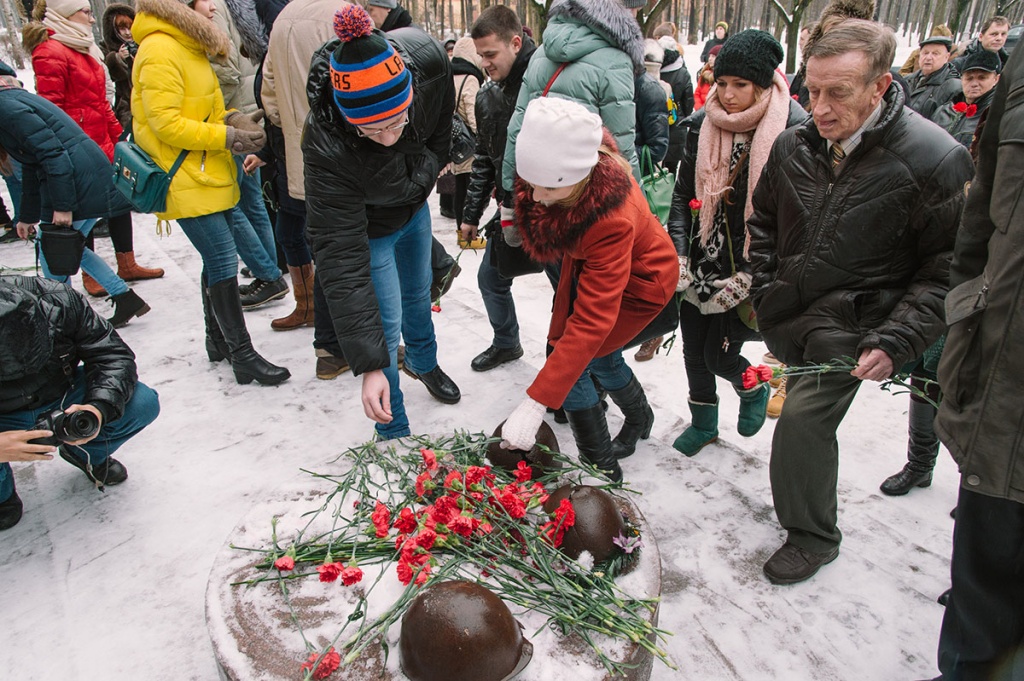 However, the memorial events do not finish here: Ivan Khlamov, the chairman of the Military and History Club “Our Polytech” says that they will continue guided tours and classes of courage for school students, those who wish can take part in the interuniversity ski outing on 6th February called “On the Defensive Line of Leningrad” around the places of military glory of the Leningrad Region. As part of the ski outing some lectures will be given on the defense history of Leningrad during the Great Patriotic War, flowers will be laid, and memorials and military burials will be visited. The organizers of the ski outing was the search party “Volunteer-Polytech” and the military and history club “Our Polytech”.