The Polytechnic University becomes a filming location not for the first time: here were produced all kinds of movies, ranging from historical epics to popular series "Split" and "Pregnancy Test". In 2016 the number of actors, cameramen, directors, and producers in the university might increase: A.A. German is going to film a full-length movie "Dovlatov" on the university campus. 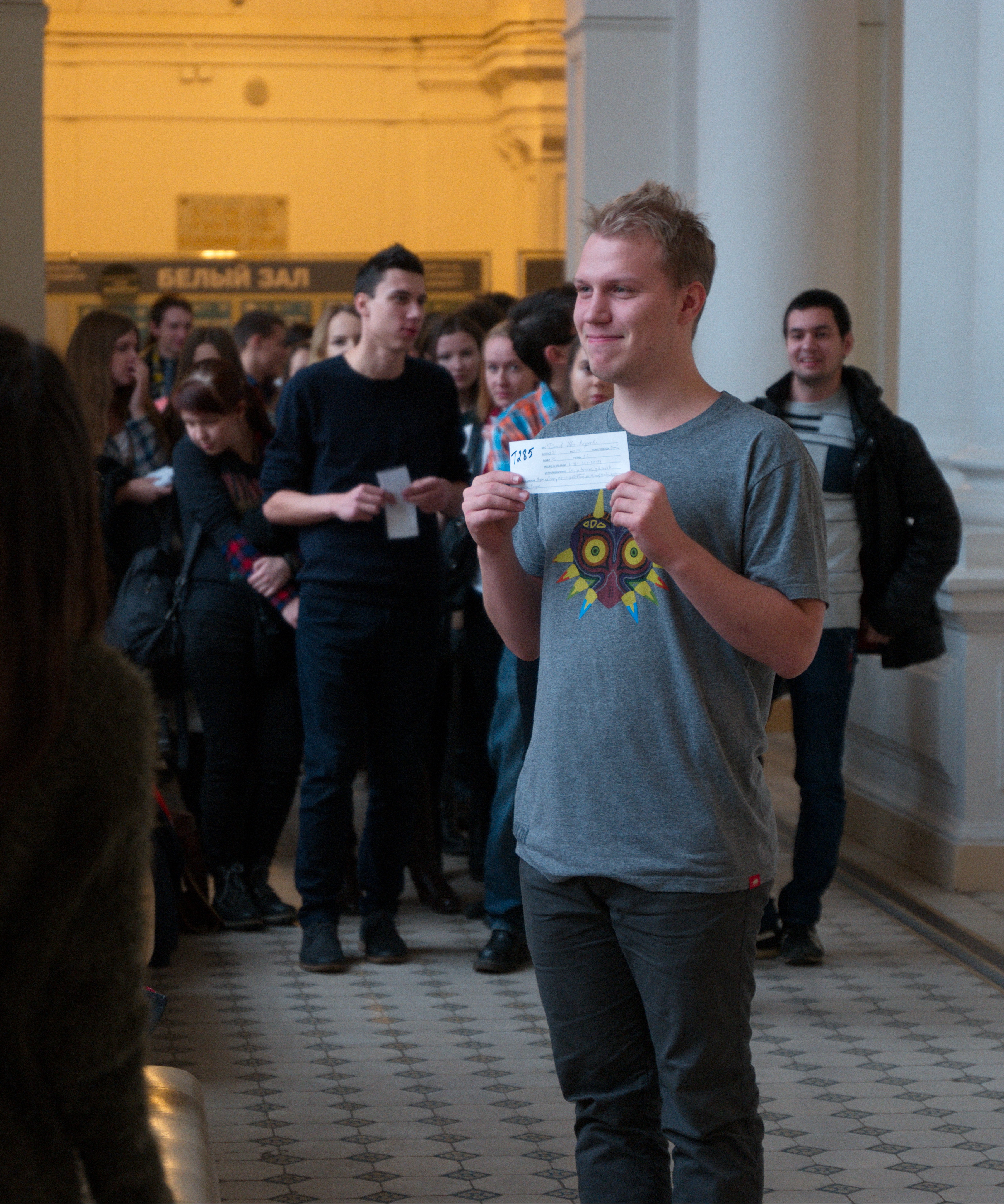 The movie is devoted to the writer's youth in Leningrad, extraordinary cultural ambient of the city in the 70's, lives of S.D. Dovlatov, J.A. Brodsky and other prominent contemporaries of theirs.

As "the theater begins with a cloakroom", a movie starts with casting. At the end of November in the Main Academic Building of the Polytechnic University there was casting for crowd scenes in Alexey German Jr.'s movie. Within several hours the historical interiors of the Main Academic Building witnessed considerable public excitement: not only polytechnic students, but also students of other Saint Petersburg universities had given up all their daily routine to try their luck. "What if from hundreds of candidates it will be me who gets the role?" – they might be thinking. 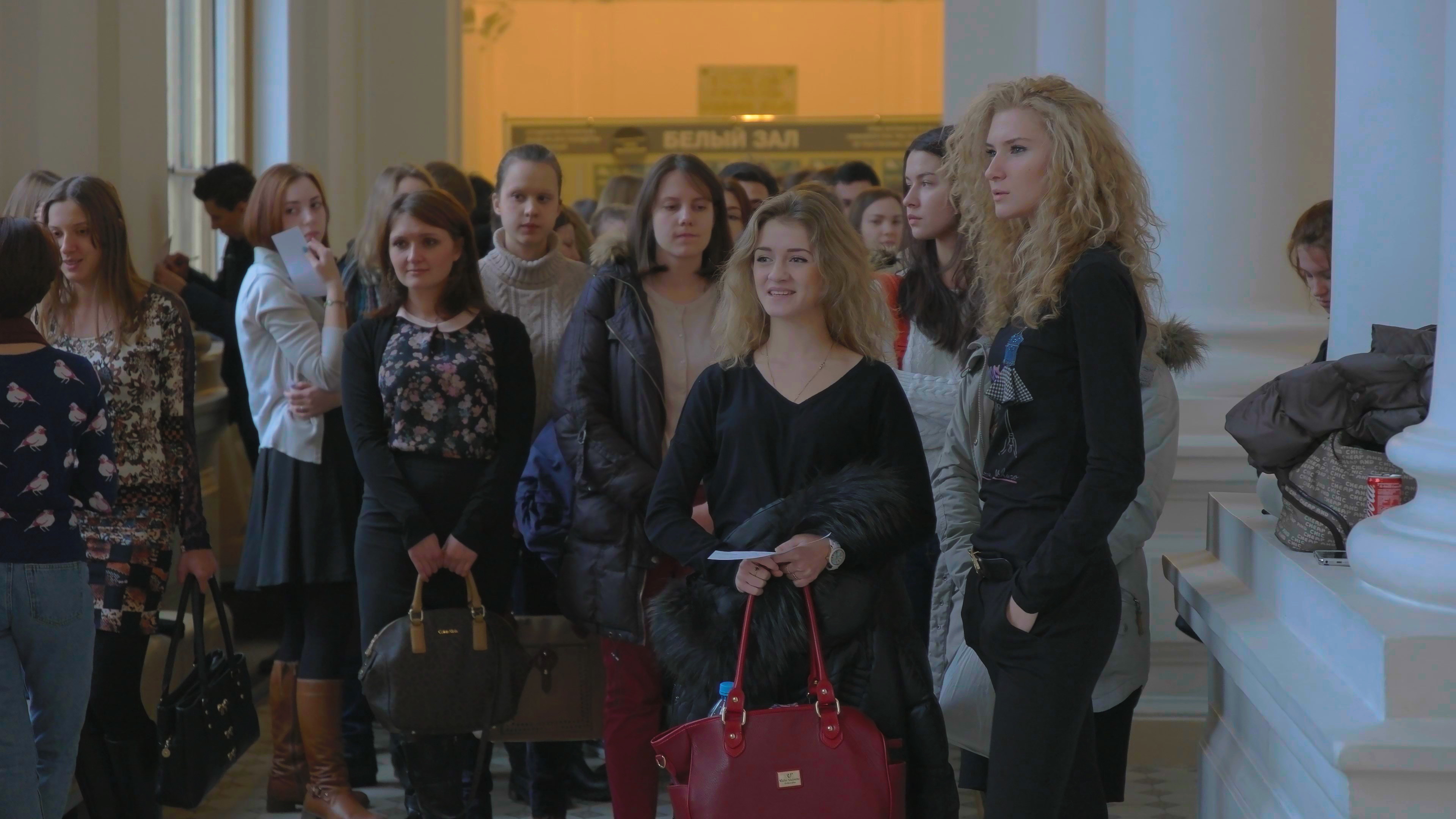 The casting for "Dovlatov" in the Polytechnic University was organized by the Public Relations Office with the help of students. "We didn't expect so many people to come for the casting. The queue didn't end with time but only grew in size!" – comments Tatyana Goncharova, a student of SPbPU Institute of Humanities, - "Apart from students of our university, here are people from the State University, Herzen University, and ordinary citizens, who heard about the casting."

The movie "Dovlatov" will describe four days of the famous emigrant-writer's life in the late 60's – early 70's, when Sergey Dovlatov was already actively writing short stories, which didn't get published in any Soviet magazine. The protagonist, as film-makers note, "is involved in a series of events, every of which inwardly leads him to a conclusion that in order to be successful as a writer, it is necessary to follow your own path and to listen to no one's advice."

A.A. German is a peculiar director; he works with little known actors and wants them to play themselves – "If we pick out an interesting face, lines and a role could be created specifically for it. Perhaps someone will turn out to look like a historical figure and this would be great: we haven't yet found actors for roles of some people, who lived in that epoch." 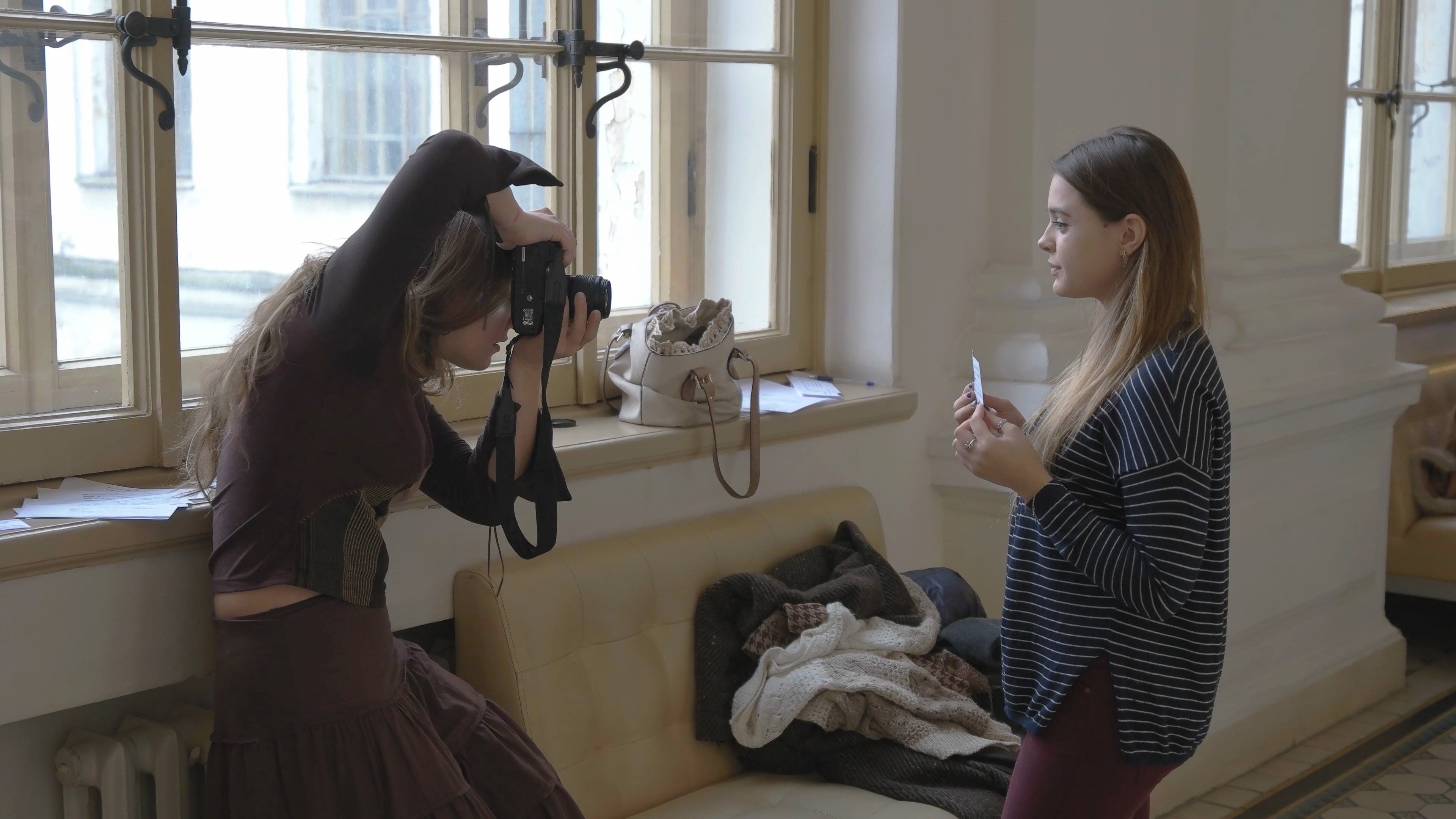 The casting itself was a photoshoot. "When I came to the casting I expected to be asked to recite a poem or to read out some text, as it usually happens in the film industry. But we were just asked to fill in a form, in which, apart from the information about contacts and clothing sizes, were questions about our hobbies. The most unusual question, that got many of us puzzled, was the one about the head size." – says Anastasia Perten, a student of Institute of Metallurgy, Mechanical Engineering and Transport.

Tatiana Petrova, a representative for the Lenfilm film studio, says that Polytech is one among few universities, where it has become possible to hold casting - "It is great that this university is so vigorous and is ready to take part in such projects."

< class="text-justify" p> Now a few hundreds of students of the Polytechnic University are longing for "Lights! Camera! Action!", promising though not to skip classes because of acting in the movie.

SPbPU Media Center thanks students of the Institute of Humanities for their help with releasing this article.