A unique concert, which combines Russian and German musical traditions, took place in the White Hall of Peter the Great St. Petersburg Polytechnic University on 28 April. This is the second in the history of the strategic partnership of the two universities the concert of the Academic Choir and Orchestra of Stuttgart University and SPbPU Youth Choir "Polyhymnia". 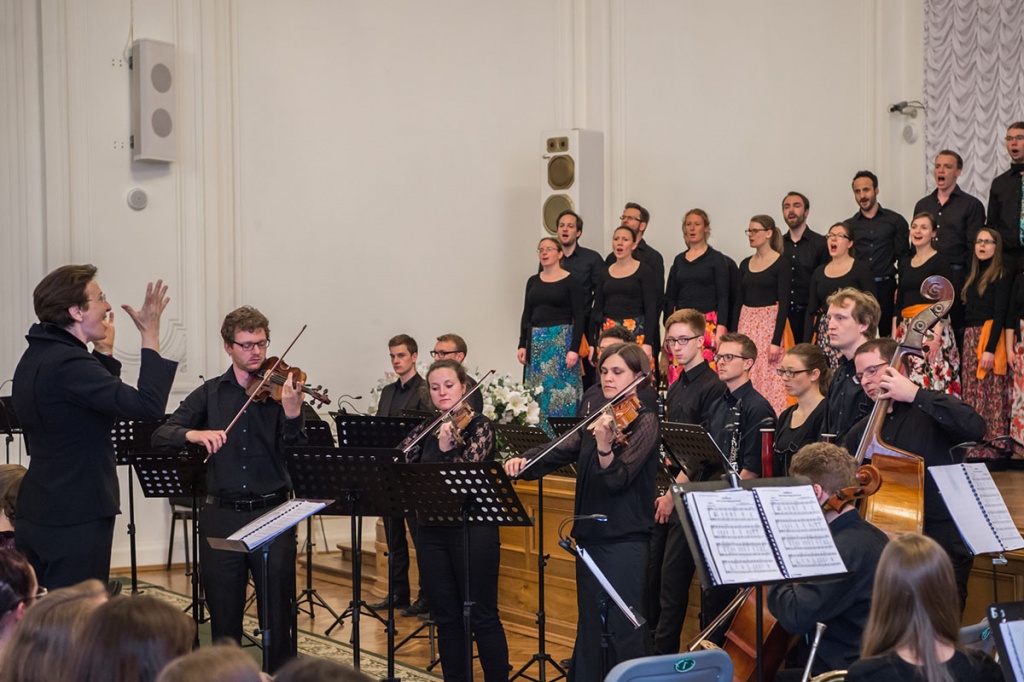 We have traditions of fruitful cooperation with the University of Stuttgart. Last year we celebrated the 25th anniversary of our partnership. And today's important event would not have been possible if it was not for two people: the rectors of our universities"- noted the Vice-Rector for International Relations, Professor D.G. Arseniev. 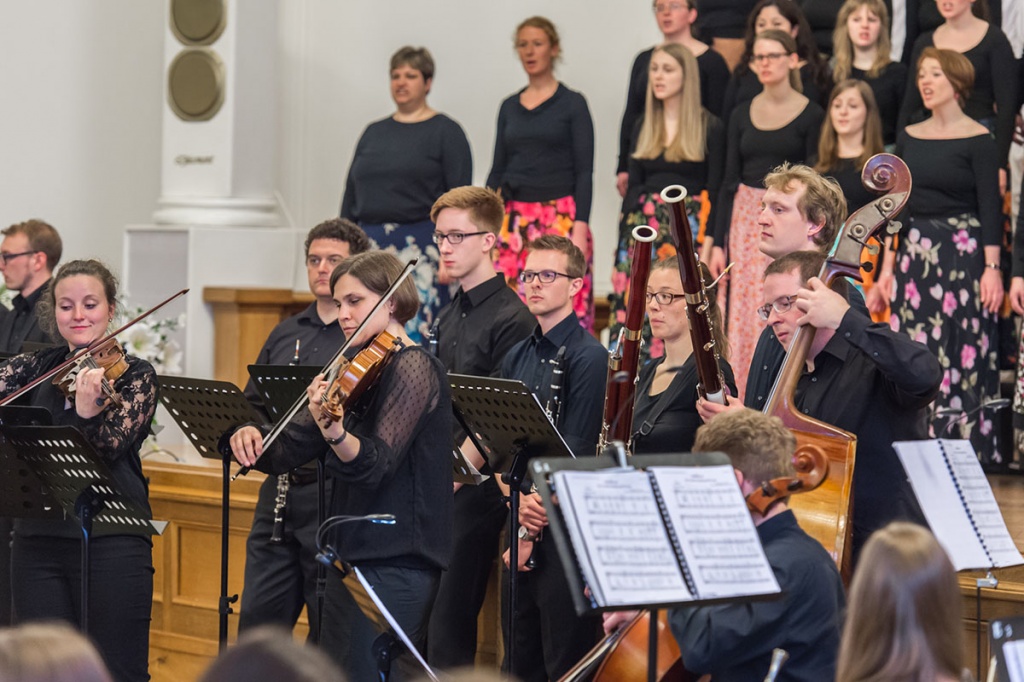 "This is more than partnership" - noted Wolfram Ressel, the Rector of Stuttgart University - "first of all, this is a cultural exchange. We unite countries and hold together in spite of economic and political problems." 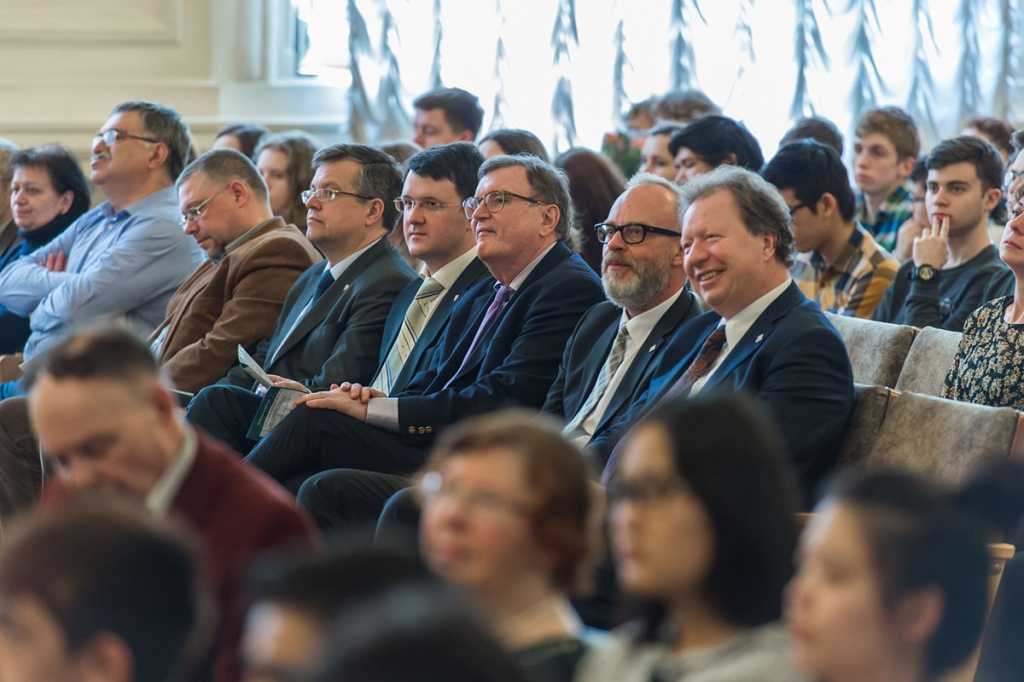 The main element of the concert was folk choir music. The Polyhymnia youth choir together with the Russian folk Instruments ensemble "The quintet of four" performed Russian Folk songs in unusual arrangements and "passed the baton" to the guests. The Academic Choir and the Orchestra of Stuttgart University prepared a lot of surprises for the audience. The group impressed not only by a large number of musicians - over 120, but also by the complicity of their program. 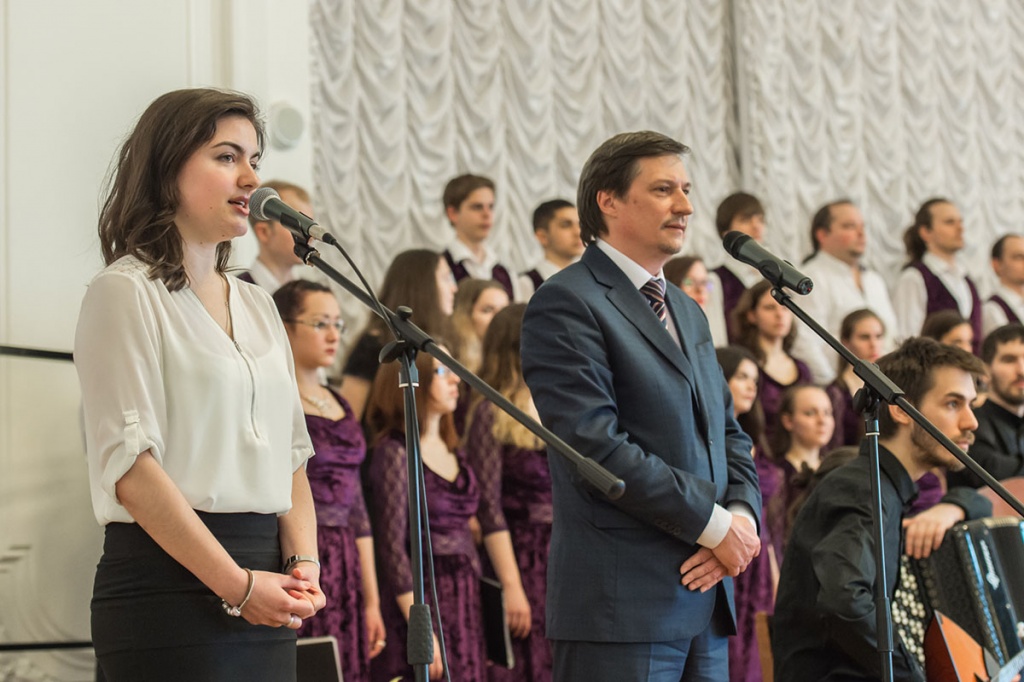 There are only few student groups out there which could find courage to play such a massive piece by Carl Orff. The performance of the scenic cantata "Carmina Burana", rarely-played but familiar to almost everybody, turned the conductor and choristers into the director and his actors. 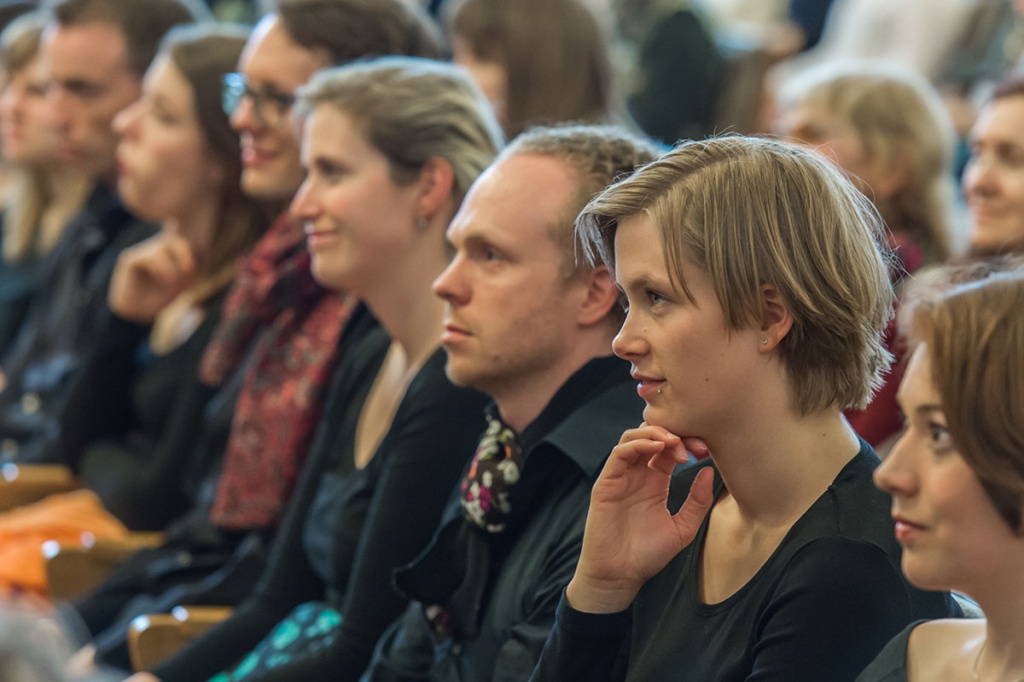 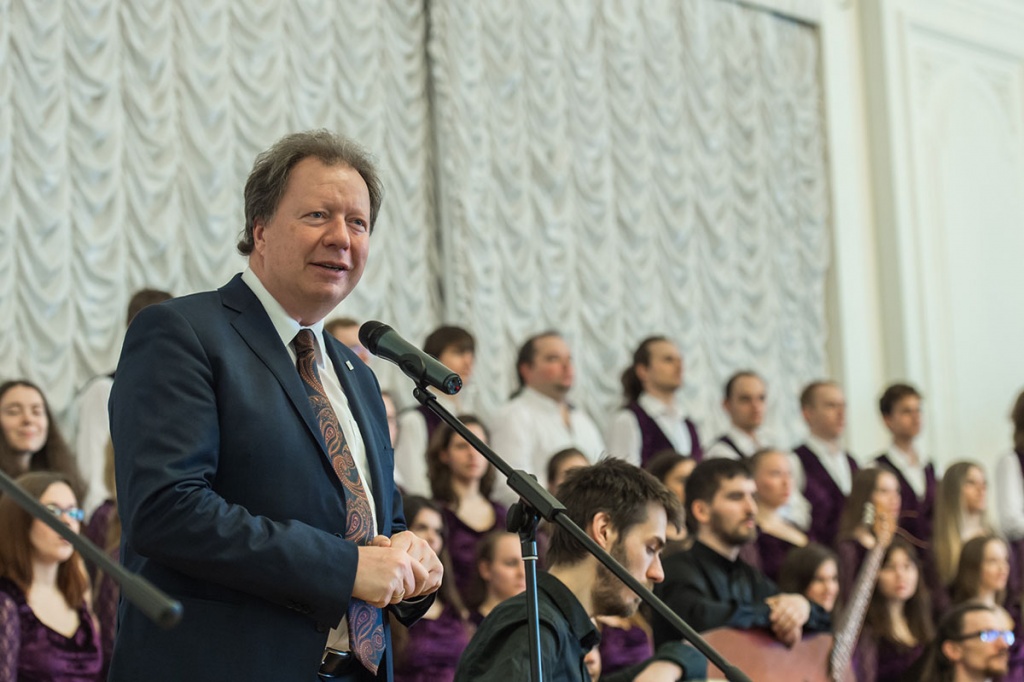 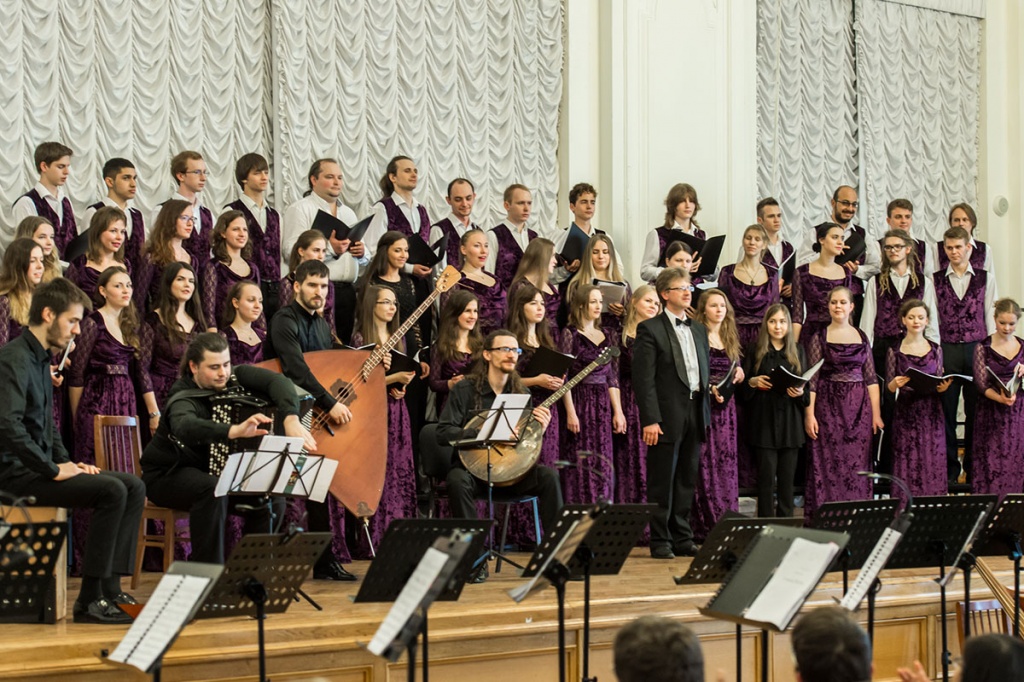