St. Petersburg was lucky to become one of the four Russian cities to host the famed orchestra from the United States who came to Russia on their first concert tour ever. On May 29th the White Hall of the Peter the great St. Petersburg Polytechnic University opened its doors for the distinguished musicians led by Toshiyuki Shimada and a renowned pianist Boris Berman. 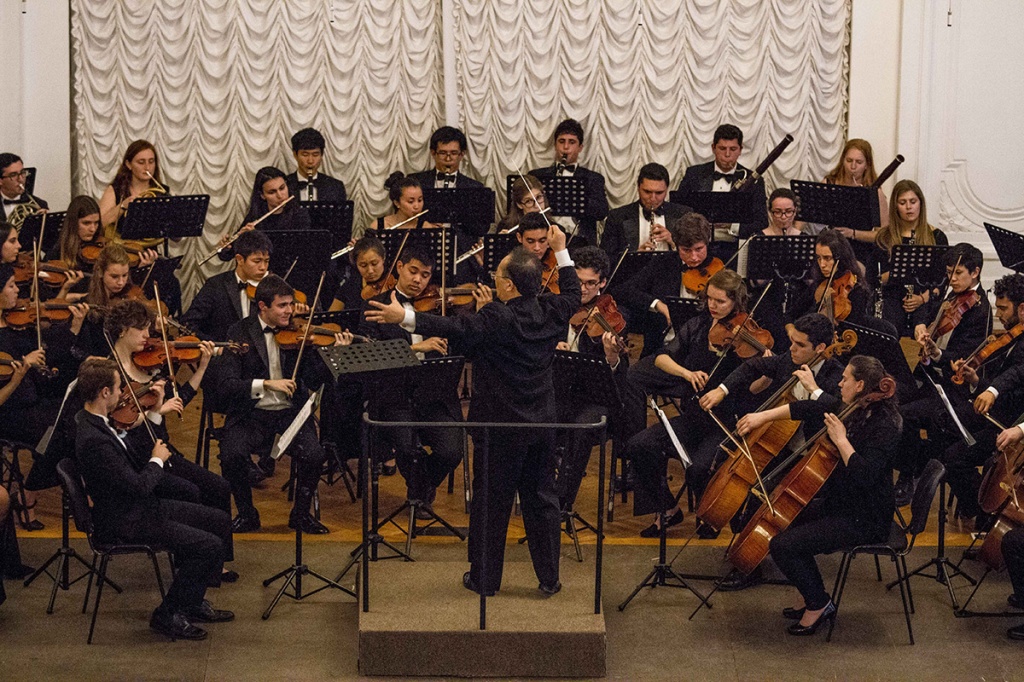 The Yale Symphony Orchestra is one of the four orchestras of the Yale university which brought together students of the music department and would-be doctors, journalists, sociologists and biologists. Giving a performance in the university concert hall had a great significance for the musicians for the hall can hold a candle to the largest concert arenas of St. Petersburg. 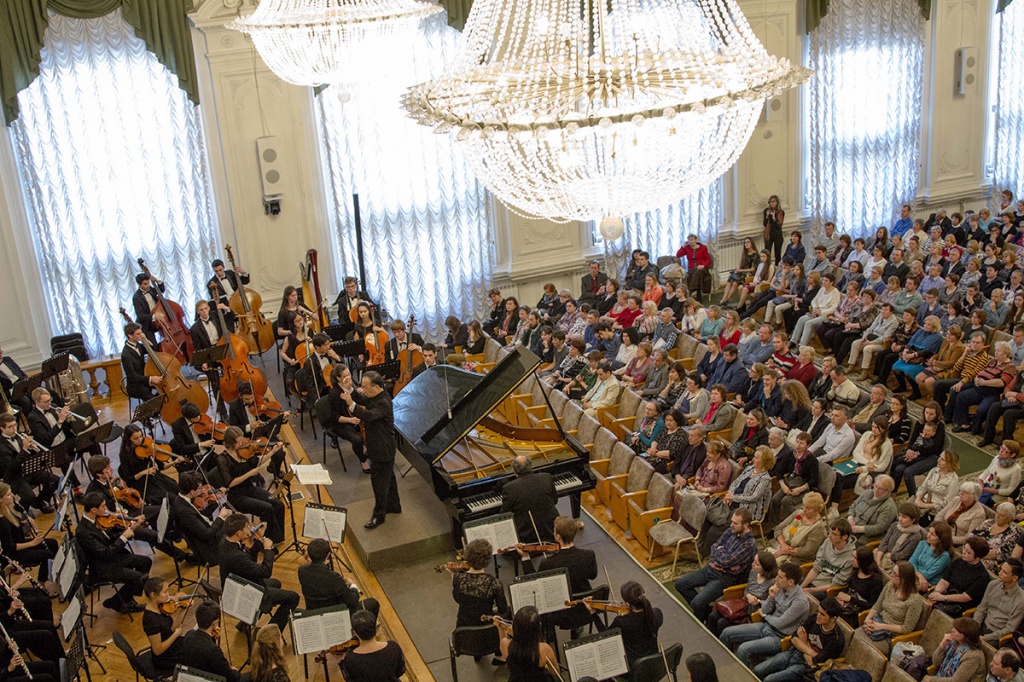 It had to undergo considerable reconstruction before the show, like stage extension, in order to be large enough to sit 70 members of the orchestra. “It is the first time we receive such renowned musicians in the White Hall, so we consider it a very important and honorable mission”, - says director of the Department of Youth Creativity and Cultural Programs Mr. B.I. Kondin. 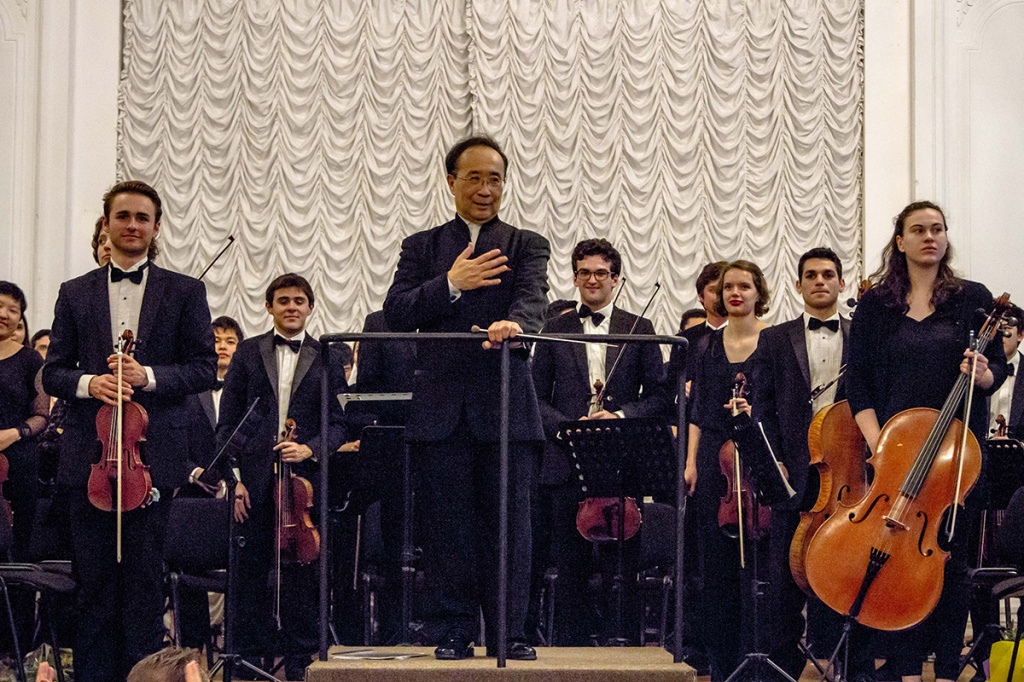 The orchestra is led by the legendary Toshiyuki Shimada who had learnt from Leonard Bernstein and Herbert von Karajan. Although maestro appears as a guest conductor with many orchestras around the world, he has never had the opportunity to visit Russia or St. Petersburg, the city where some of the greatest composers were born. 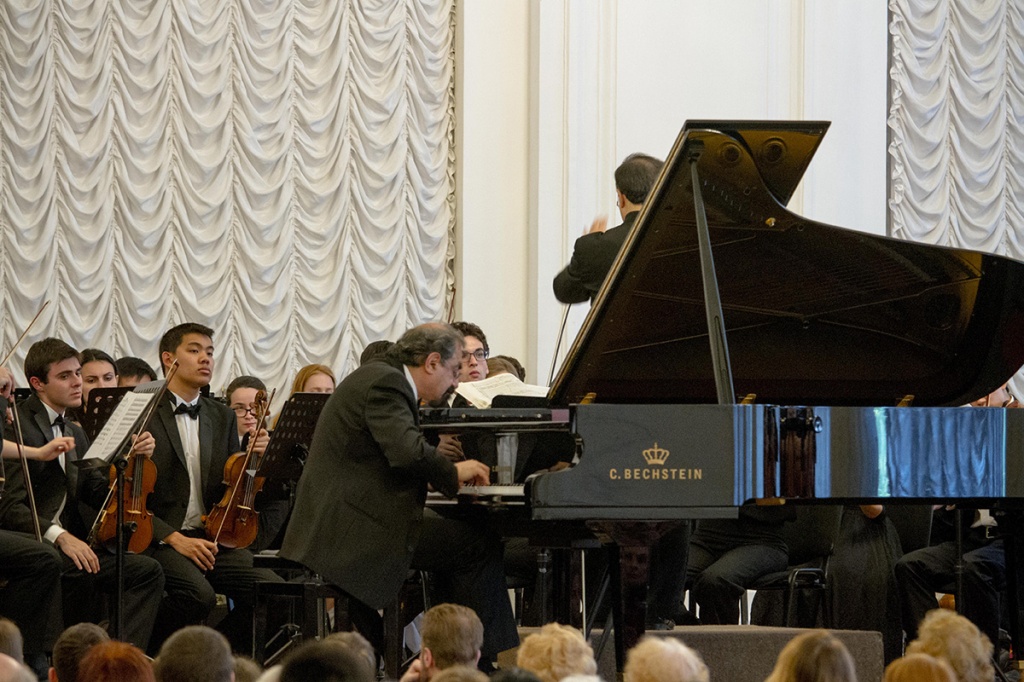 “As a child I listened to the Tchaikovsky’s Fifth symphony by Mravinsky and dreamt of being able to perform it in the composer’s home city one day. Now is the time to make the dream come true! – related maestro Shimada. – “I am so excited about this concert, and I wonder if the Yale students will be able to let Tchaikovsky’s work into their hearts in the place where it was conceived? I have heard of your student orchestra, and I think it is wonderful! Music makes our lives fulfilling and rich. I support the idea that a future engineer should think symphonically!” 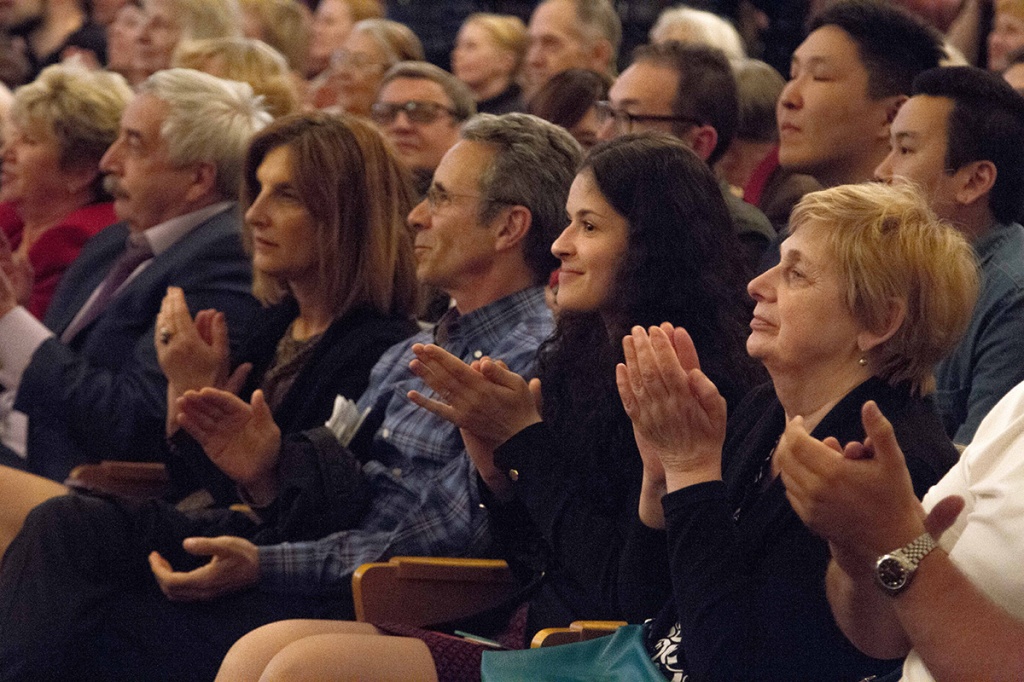 The famed orchestra performed some American music too – Barber overture to the “School for Scandal” – a piece rarely played in Russia.

A true highlight in the musical life of St. Petersburg was the performance given by Boris Berman. The Moscow Conservatory graduate who has spent the last 40 years of his life abroad, gives concerts in 50 countries of the world and teaches at Yale. For his Russian tour the musician chose Bartók's piano concert No. 3.

The audience didn’t want to let the orchestra go, the endless ovation followed Galop from Aram Khachaturian’s Masquerade Suite, Aaron Copland’s piece and Tchaikovsky’s The Waltz of the Flowers. The ovation resounded even on the stairs of the White Hall as the audience was saying goodbye to the orchestra who had crossed the ocean to perform incredibly beautiful music that is capable to unite people, countries and continents!