“The Week of Science”, which is held in the Polytechnic University for the 44th time, will give us an additional momentum in education and science, an additional momentum to become one of the best universities not only in Russia but in the academic and scientific community of the entire world. “The Week of Science” is one of the bricks in intellectualization and popularization of our university” – said Rector of SPbPU, A.I. RUDSKOY today, on December 1, opening the plenary session of the scientific and practical conference “Week of Science in SPBPU”. 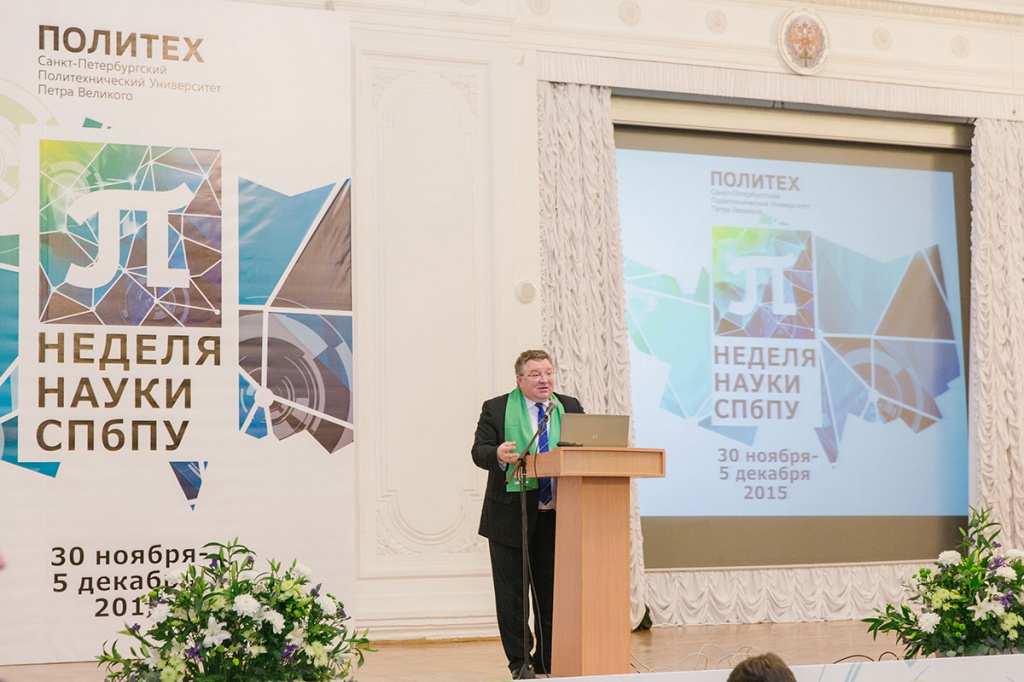 It was a sign of honor and a pleasant surprise for all the participants of the “Week of Science” when they were welcomed from orbit, right from the board of the International Space Station! The onboard engineers of the 45th expedition of the ISS, Mikhail Kornienko and Sergei Volkov pointed out the successes and achievements of the Polytechnic scholars in outer space exploration, and wished that the participants of the conference might have fruitful work and new scientific breakthroughs: “Remember about the great discoveries and achievements made by your teachers and mentors in the name of science. Strive for learning the unknown, discover the unexplored and conquer the unattainable!”

In the 20th century the Soviet Union, supported by the powerful Russian science, managed to prove its leadership in space exploration and Russia continues to demonstrate it today. We were the first to launch an artificial satellite of the Earth, we were the first to send man to outer space – Y.A. Gagarin, our compatriot A.A. Leonov was the first to go into deep space, the first woman in outer space was V.V. Tereshkova – leadership of Russia in space exploration is incontestable! “Today our country keeps being the leader in outer space exploration, but it is time to modernize it in terms of engineering, management, economy and finance. To implement the objectives of rocket and space industry within the following 10 years more than 110 thousand graduates from specialized universities will be needed. I am sure that the Polytechnic University will be an absolute leader and a basic university for rocket and space industry,” – noted in his welcome speech Deputy General Director for External Relations of JSC “Objedinennaya Raketno-Kosmicheskaya Korporatsia”, Polytechnic University graduate, D.B. KRAVCHENKO. 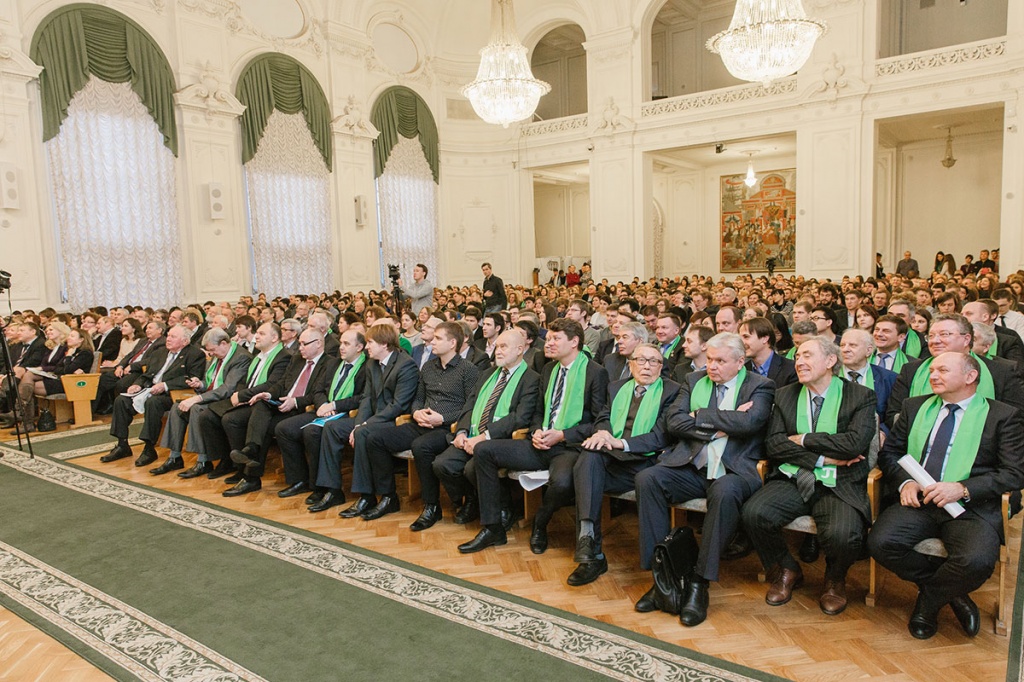 The solutions developed by the participants during the forum become the basis for scientific development which is further used in manufacturing. The evidence for this is presence of high-ranked representatives of the leading rocket and space corporations of Russia, such as JSC “Rossiyskiye Kosmicheskiye Sistemi” and RKK “Energia” named after S.P. Korolev.

It is expected that this year more than 5 000 people are going to take part in the events of the “Week of Science”, one third of them being leading Russian scientists and the rest – students from all over Russia, who will present the findings of their scientific research at the forum. Rector of SPbPU, A.I. Rudskoy greeted with fervor the scientists and students from Siberia Federal University, Kazan Federal University, Perm National Research Polytechnic University, Novosibirsk State University, Tomsk Polytechnic Universities and representatives of some other Russian universities. 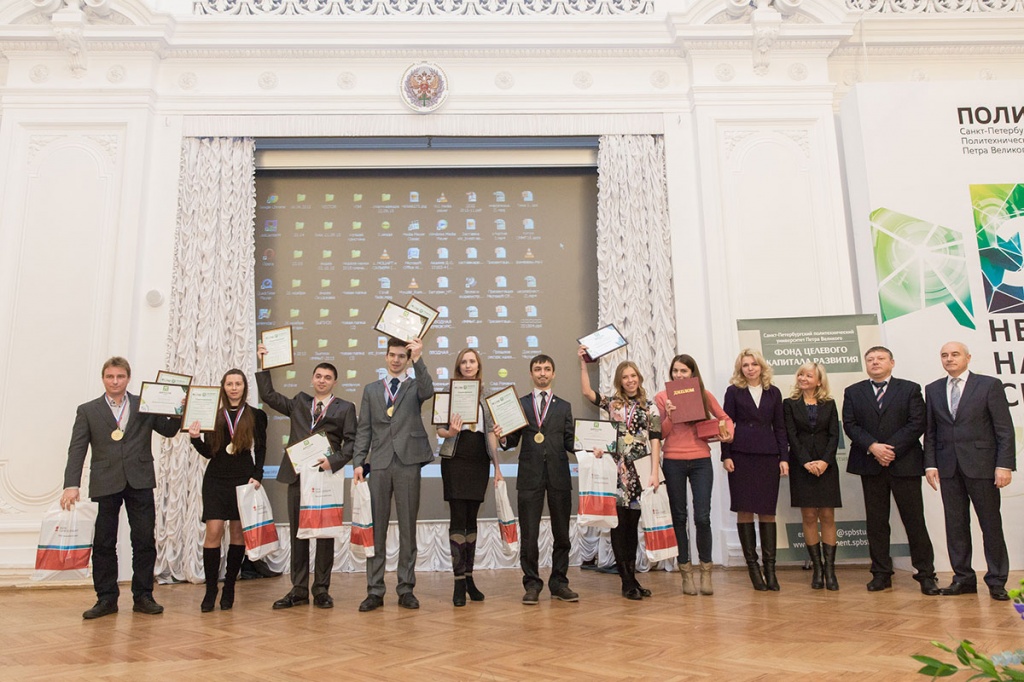 Indeed, thanks to the fact that a lot of science-oriented young people get concentrated here, the Polytechnic University is becoming a scientific Mecca for the youth. It is especially noticeable on the first day – the best students and young professionals were awarded today in the solemn and festive atmosphere of the crowded White Hall of the Polytechnic University. In conclusion of the plenary session, special scholarships of the Endowment Foundation of SPbPU Development were granted to the winners of the Polytechnic University’s competitions and their academic advisers – “Student of the Year in Scientific Research Achievements”, “Graduate Student of the Year”, “Young Scientist of the Year”. The diplomas and mementos were given by the representatives of the Endowment Foundation’s patrons: Director of the Human Resource Department of “St. Petersburg Bank”, M.A. Smirnova, Vice-President of the Petersburg Chamber of Commerce, L.M. Karelina, Deputy General Director for Corporate Development and Administration of Property of “Gazprom Transgas St. Petersburg” Ltd., N.E. Iliyn. The guests emphasized that the Polytechnic University is a special place which gives a lot of opportunities for further development and growth not only in science but also in business. 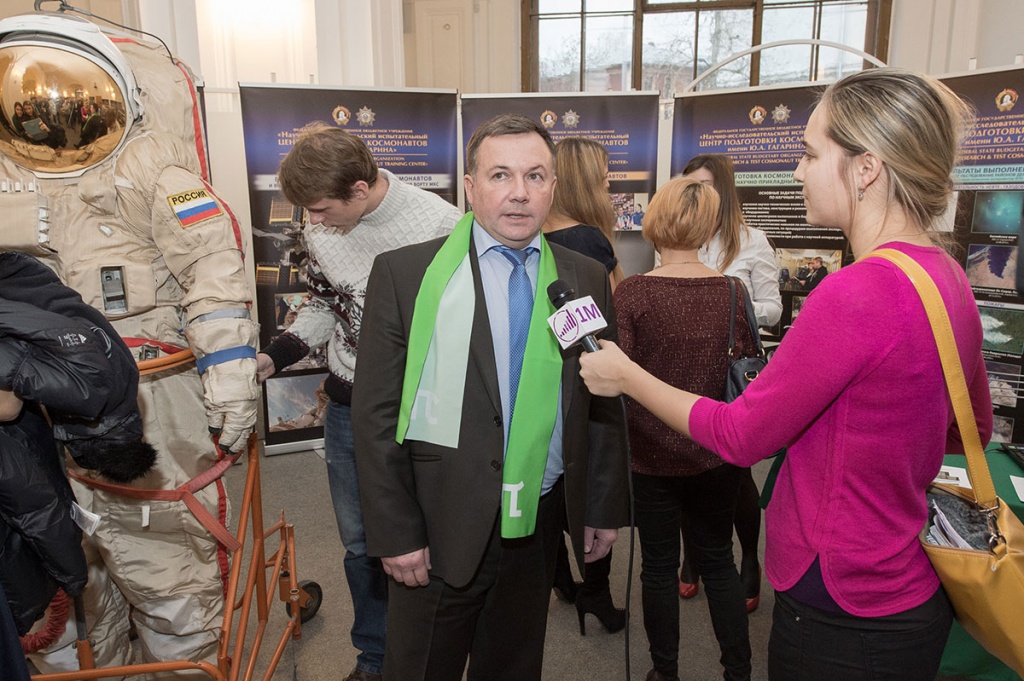 The central event of the first official day of the “Week of Science in SPbPU” was a session of the interdisciplinary section “Outer Space and Humanities”. So the opening ceremony of the “Week of Science” saw not only the leading designers, engineers, heads of federal ministries and agencies, but also the pilot astronauts, Heroes of Russia, each of whom has taken several space flights – Y.V. Lonchakov and A.Y. Kaleri. The participants of the conference were able to feel as if they were on orbit today, visiting the exhibition of space industry achievements, which is held in the Exhibition Hall of SPbPU. The exhibits include mock-ups of a space module for probing the Earth, space suits, food that astronauts eat and many other things. Those who wished could also try and fly the transport spacecraft “Soyuz TMA-01M”, however, just using a computer simulator. 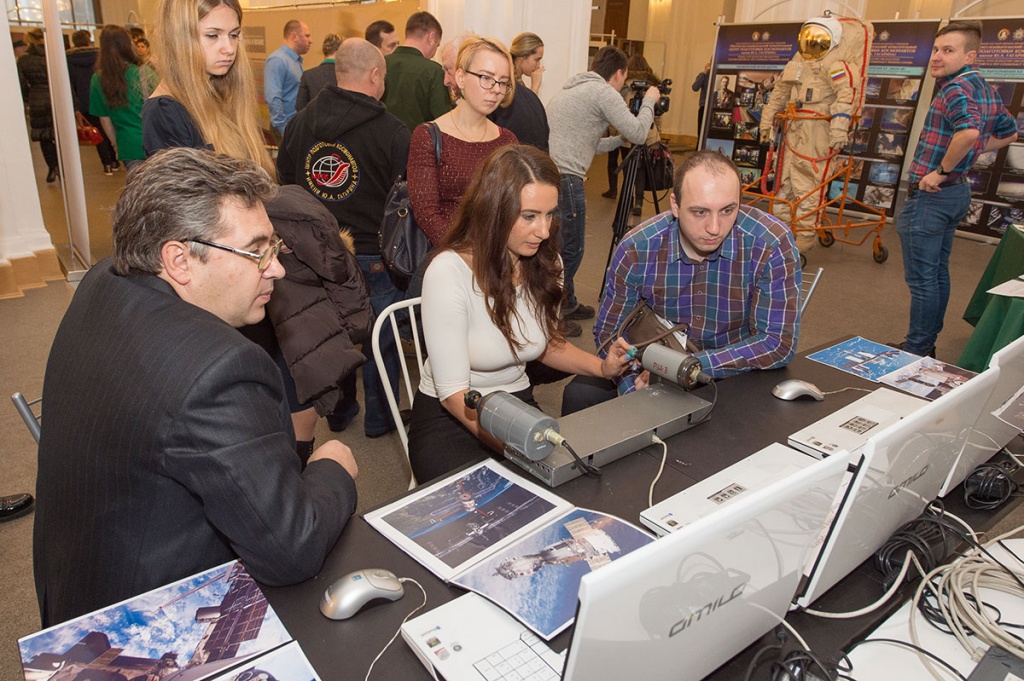 Three days of intense work are still ahead, which several thousands of people – future and today’s scientists, business people and politicians – will spend together in our university. They will report about what has been done during this year, present the findings of their scientific research, be interested to hear the presentations of their colleagues and at the meetings of the sections will discuss the outcomes of the work done. Moreover, they are bound to get inspired by new ideas, a lot of which, no doubt, will turn into large-scale discoveries in future!