In spite of the long New Year holiday, events continued to take place at the Polytechnic University. From 5th to 9th January young developers interested in robotics once again had an opportunity to develop their skills and to demonstrate their projects during “Robot Battle”, a special intensive course for school students organized by “Fab Lab Polytech” for the ninth time. 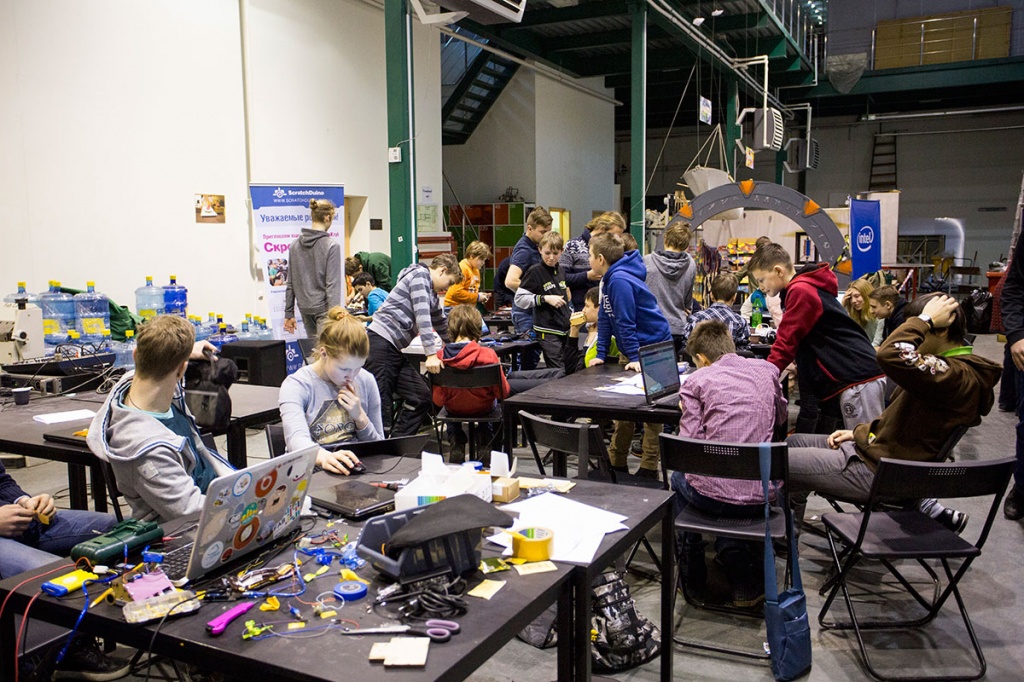 Education in the sphere of engineering, career guidance for high school students and their involvement in project activities is a focus area for the Ministry of Education and Science of the Russian Federation. “At present providing the necessary conditions for stimulating creativity, especially that of school and university students in the sphere of science and engineering, is one of the key elements of the state educational policy”, explained Dmitry Livanov, the Minister of Education and Science, during the joint meeting of the Interdepartmental Council on Extra-Curricular Education and Children’s Upbringing, the Organizing Committee of the All-Russian Robotics Festival “RoboFest-2016” and the Coordinating Council on Robotics of the Ministry of Education and Science that was held in December 2015. Speaking about the mechanisms of stimulating children’s creativity in the sphere of science and engineering, Polina Dyatlova, Deputy Director of Fab Lab, spoke about the difficulty in creating a system for continuous cooperation with talented youngsters. One of such opportunities is the special intensive course for school students organized by Fab Lab Polytech. 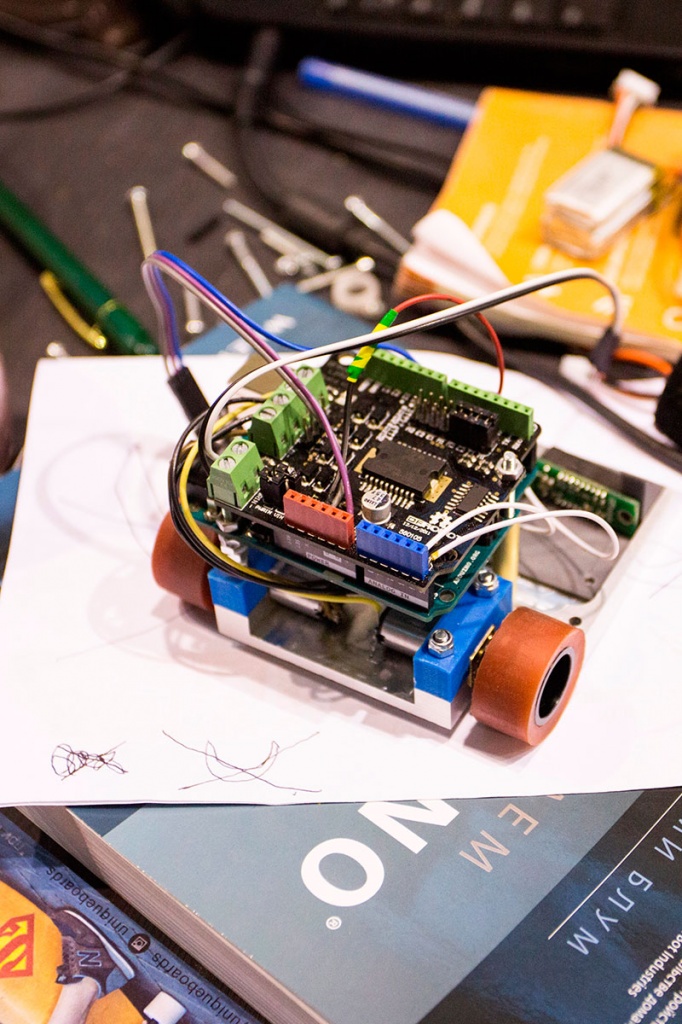 This time 25 school students from different districts of St. Petersburg took part in the course. They made up several teams guided by the students of CDIO Master's program run by the Institute of Applied Mathematics and Mechanics (Gleb Miroshnik, Ilya Antonov, Ekaterina Svetlichnaya, Vyacheslav Nikolaev), students from other departments of SPbPU (Konstantin Tomilin, Evgeniy Skrebenkov, Valentina Vanyushkina, Pavel Marland, Aleksandr Opochanskiy), as well as high school students who had taken part in the previous course and gained the necessary skills (Oleg and Ilya Dyatlov, Semyon Ogorodnik). And, of course, the work would not have been so successful but for the staff of Fab Lab Polytech – Dmitry Ershov, Andrey Dolgirev amd Dainis Dzenushko who accompanied the young people tirelessly. In order to teach the school students the basics of team-building Elizaveta Litunenko, a volunteer for Fab Lab, organized a workshop aimed at getting to know the team members and developing cooperation.

Within five days of the course the participants learned how to implement projects in the sphere of robotics, familiarized themselves with the equipment of “Fab Lab Polytech”, learned to operate a laser machine and a 3D printer, learned some basic skills in designing and programming electronic mechanisms, and realized their interests and abilities, as well as their potential future as engineers and inventors. “This time we made sumo wrestlers. The students were quiet persistent – they designed and assembled six fully featured robots, which, I am sure, could take part in the all-Russian competition and perform well. After that the robots underwent a series of tests: within a minute each of them was supposed to push its rival out of the ring”, explained Polina Dyatlova. When the intensive course was over, all participants received certificates and the most active students were invited to work further on their robots at Fab Lab Polytech