Peter the Great St. Petersburg Polytechnic University was visited by a delegation from JSC “Gazprom Neft” in order to negotiate about organizing effective interaction for application of advanced reverse engineering technologies (the return engineering) to tackle problems of import substitution and advance. 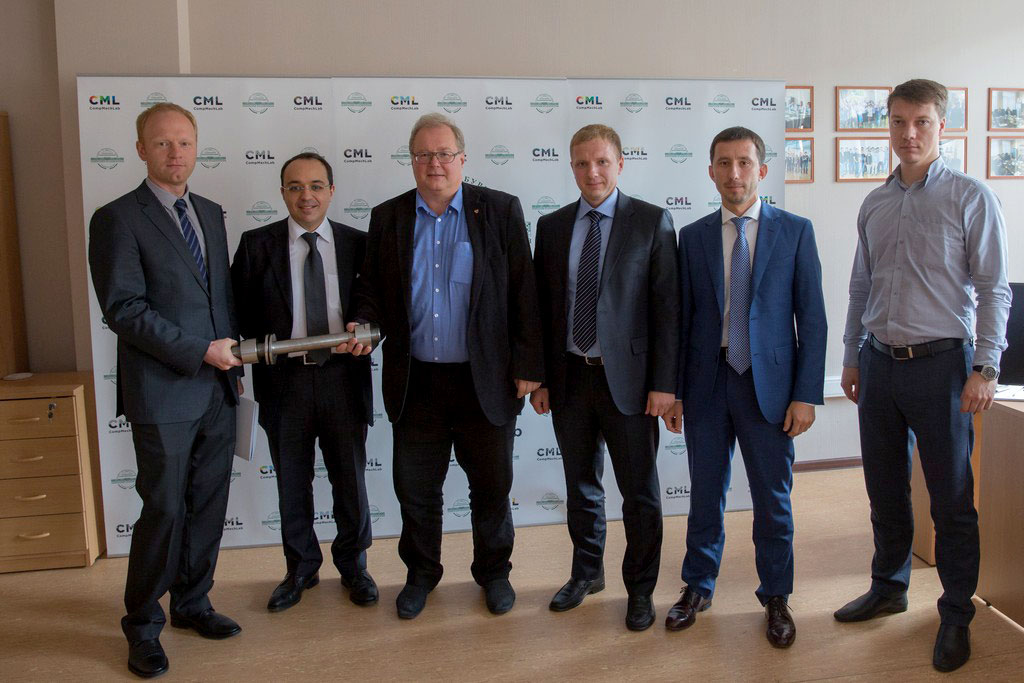 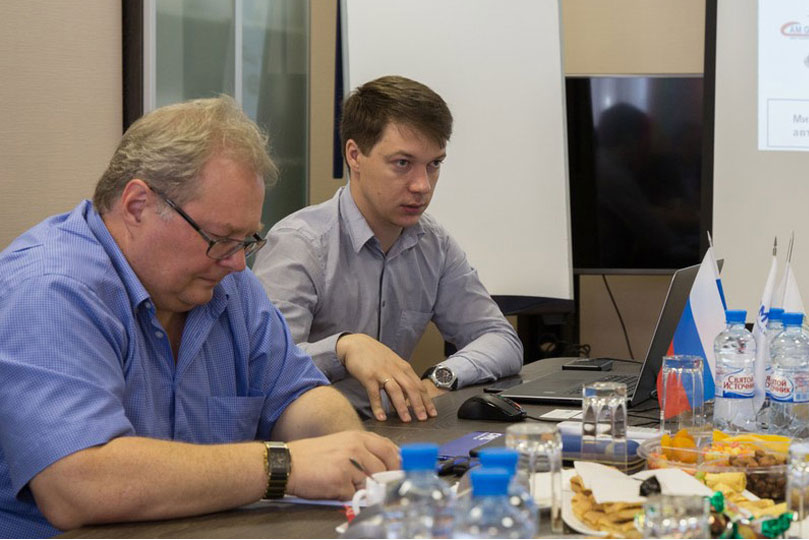 Before that specialists of the engineering center "Computer Engineering Center" of Peter the Great St. Petersburg Polytechnic University had taken part in the pilot project on return engineering suggested at the first meeting of the interdepartmental working group of the Russian Federation Ministry of Industry and Trade. JSC “Gazprom Neft” defined a part for carrying out a return engineering procedure – a rotary support pin of a crane of the sea ice-resistant stationary platform “Prirazlomnaya”.

The object of the work is to go through the necessary stages of return design on the basis of the existing prototype of the product, to develop detailed design documentation for production and to manufacture an equivalent part. At the same time a condition was made, which seriously limits a capability to define product characteristics, that is a ban on mechanical tests leading to destruction of the part.

"As a result of the carried-out actions we received in the shortest possible time the information necessary to produce analogs of the received parts. In particular, the geometrical parameters of the parts necessary for developing detailed design documents were determined, and the data was obtained on a chemical composition and physicomechanical properties of the material of the parts allowing choosing a conservatively domestic analog of material and defining its heat treatment mode. A sequence of technological operations was chosen, recommendations about cutting production costs were given. Finally, mechanical tests of the produced parts were executed, confirming operation characteristics", – specified the Vice Rector for Advanced Projects, the head of the Engineering Center of SPbPU, A.I. Borovkov.

It should be noted that engineering centers based on the leading technical universities of Russia and the engineering companies have been invited to participate in the pilot project, but only the engineering center "Computer Engineering Center " (CompMechLab®) of Peter the Great St. Petersburg Polytechnic University was able to deliver within the specified deadlines. So, the finished product made by the Engineering Center of SPbSPU was shown at the meeting of an expert group in “Spare Parts, Tools and Equipment Manufacturing Techniques” of the Scientific and Technical council on Developing Oil and Gas Equipment at Minpromtorg of Russia.

The representatives of JSC “Gazprom Neft” were especially interested in all stages of mathematical and computer modeling process, as well as CAD/CAE/CAO/HPC technologies used by the experts of CompMechLab® to do research and development according to the orders of hi-tech companies. Thanks to cooperation with world’s technological leaders, the team of the Engineering Center has unique experience in applying multidisciplinary technologies of computer / supercomputer engineering, including advanced optimization technologies.

The members of JSC “Gazprom Neft” delegation invited employees of CompMechLab® to participate in the 5th International conference called "Modernization of Production Facilities for Oil Refining and Gas" (Oil and Gas Processing-2015), having noted that the leading oil and engineering companies which are going to participate in it will be able to appreciate capabilities of the Computer Engineering Center of SPbPU.

The representatives of JSC “Gazprom Neft” expressed extreme interest in cooperation with the Computer Engineering Center (CompMechLab®) of SPbPU, especially given the new policy of the company aimed at searching alternatives to foreign technologies and import components.

“The engineering center of SPbPU and its unique experience can become a fundamental basis for long-term strategic cooperation and development for our organizations”, - emphasized the head of Purchases and Capital Construction Directory of JSC “Gazprom Neft”, A.E. Karayev.