The III national exhibition “VUZPROMEXPO-2015” that took place in Moscow in early December turned out to be especially rich in events for Saint-Petersburg Polytechnic University. Apart from the Institute of Advanced Industrial Technologies (IAIT) and its main division – Engineering Center “Center for Computer Engineering” (CompMechLab®), which presented their unique developments, as well as signed cooperation agreements with the company “Open Technology Academy” and the Engineering Center for High Complexity Prototyping of the National University of Science and Technology MISiS, this forum was visited by the Joint Institute of Science and Technology (JIST SPbPU) and the Institute of Laser and Welding Technologies (ILWT SPbPU). 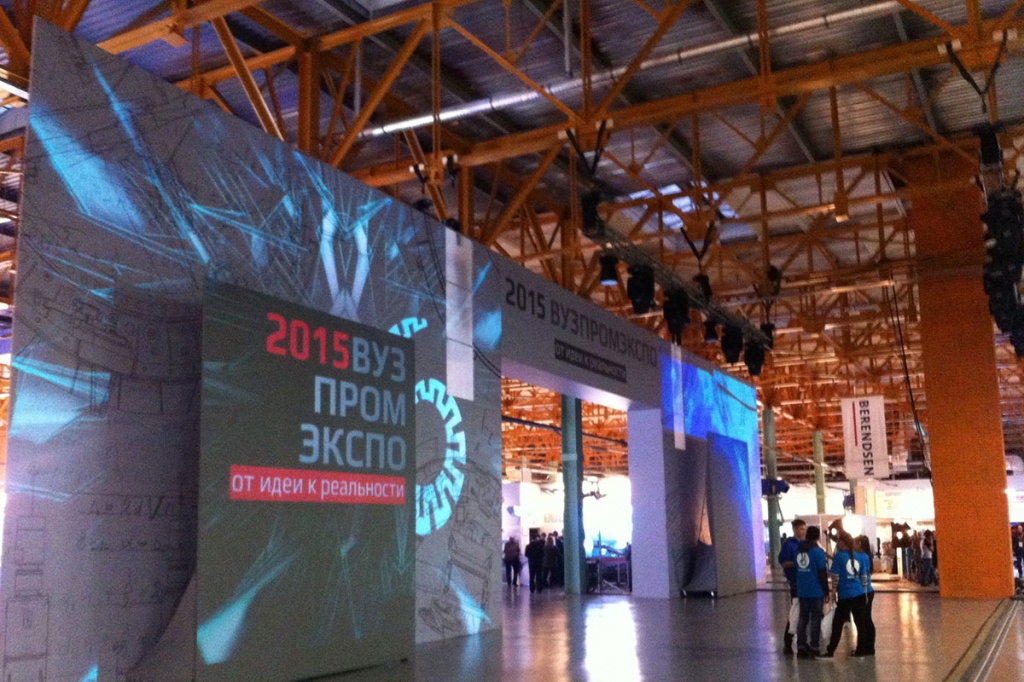 The exhibition “VUZPROMEXPO” inspired by the Ministry of Education and Science and the Ministry of Industry and Trade of the Russian Federation is aimed at demonstrating joint developments of Russian science and industry implemented via the system of public-private partnership within the framework of state goal-oriented programs. This time the exhibition was divided into three sectors. The first one presented examples of cooperation between Russian universities and businesses. The second sector showed the developments of Russian universities ready to be introduced industrially. The third sector was devoted to the issues concerning modernizing the research infrastructure of the country, as well as the real needs of the Russian industry which the Russian science is supposed to meet. 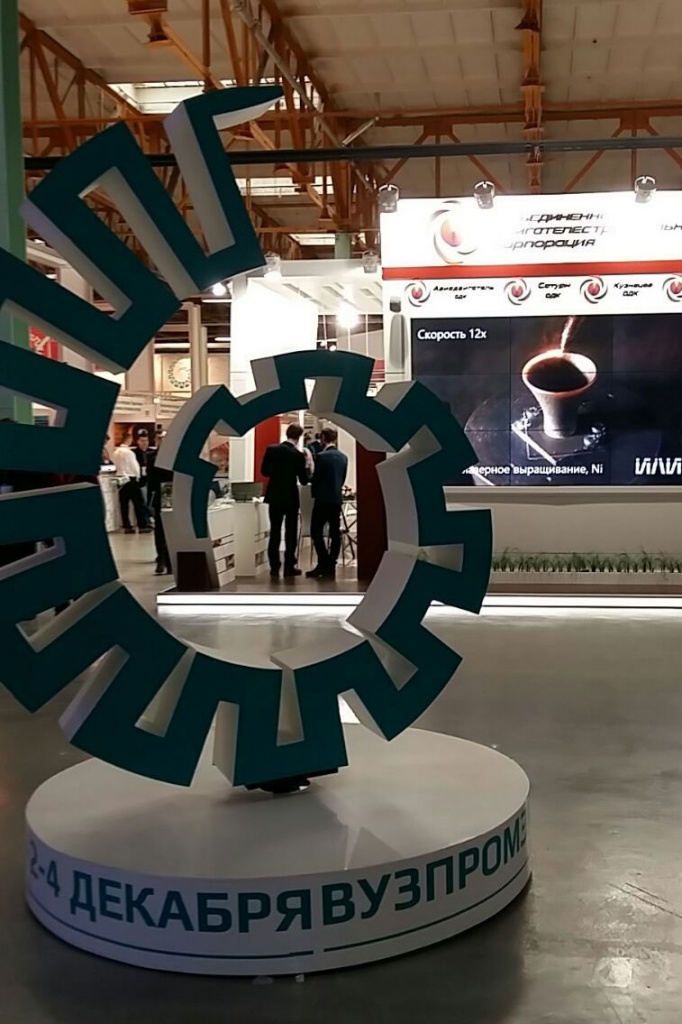 The specialists of the Joint Institute of Science and Technology (JIST SPbPU) have already demonstrated their latest developments at the forum two times. This year this is the project of an automated multi-parameter test stand for field-testing experimental models of aircraft engine parts made of hard-to-cut materials (presented at the stand of the Technology Platform “Aircraft Mobility and Aircraft Technologies”). The project is being implemented within the framework of the Federal Goal-Oriented Program under the agreement with the Ministry of Education and Science of the Russian Federation No14.577.21.0083 from 05.06.2014.

One of the current needs to be satisfied by the Russian industry is import replacement. For instance, in the sphere of aircraft and rocket engine-building our country is absolutely competitive. Russia is one of the four countries in the world where engines for airplanes and rockets are made. And technologies are developing. This was clearly brought home to the visitors of “VUZPROMEXPO-2015” when they familiarized themselves with the results of the joint project of the Institute of Laser and Welding Technologies (ILWT SPbPU) and Kuznetsov Company from the city of Samara (this company is part of the United Engine Corporation – editor’s note). They have developed a unique technology for high-speed production of parts and components of aircraft engines using the methods of heterophase powder metallurgy.

According to the developers, the goal of the project is to study heterophase metallurgical processes that take place during direct laser growing of products from powdered metal materials, and developing a technology for direct laser growing of products from powdered metal materials and the equipment enabling implementing it, which helps to increase the speed of making parts of heat-resistant alloys. Our project is aimed at developing a technology and equipment for direct laser growing of large-sized products from heat-resistant alloys up to 2 meters in diameter. For example, let us take the intercase of an aircraft engine which is a dual ring of a complex shape about two meters in diameter. At present such products are made using a combined turning technology, rolling and welding, which takes roughly 3,000 labor hours. If the ILWT technology is applied, production takes less than 200 labor hours, and this means a 15-fold increase in productivity! Also a great deal of money and materials are saved”, explained G.A. Turichin, head of the project, Doctor of Engineering Sciences, Professor, Director of the Institute of Laser and Welding Technologies.

On the whole, the exhibition “VUZPROMEXPO-2015” became really beneficial for all divisions of Peter the Great Saint-Petersburg Polytechnic University that took part in it. We hope that the results achieved this year will become a foundation for further growth of engineering science, industrial introduction of successful developments and commercialization.