A 3D-printer, which prints with chocolate; a mind-controlled car; a book-watch; a smart greenhouse; garnirator (garnish maker). All these are not figments of some writers' minds, as you could think, but a result of the technical creation of the VII Fab Lab Polytech School participants. This event, which took place from the 1st to the 6th February, has become the most fruitful one in the School's history – more than 130 people registered for it and all 12 projects were realized and brought to the working prototype stage. 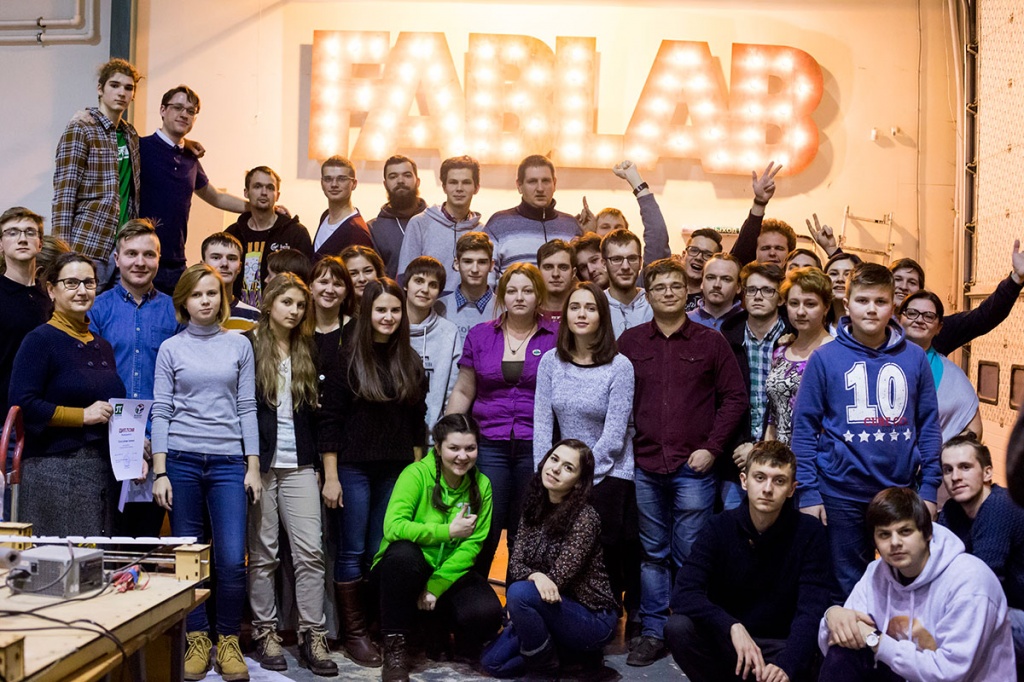 For the first time, the School took place in July, 2013 right after the opening of Fab Lab Polytech. Due to its unique format, the School aroused genuine interest of the audience and gathered about 50 students from different Saint Petersburg universities for its venue. "Now we conduct the Schools several times a year," – tells the Director of Fab Lab Polytech I.E. ASONOV, - "And invite to them both, students who already have project ideas, and those who just want to acquire new knowledge or to put into practice the knowledge they already have." 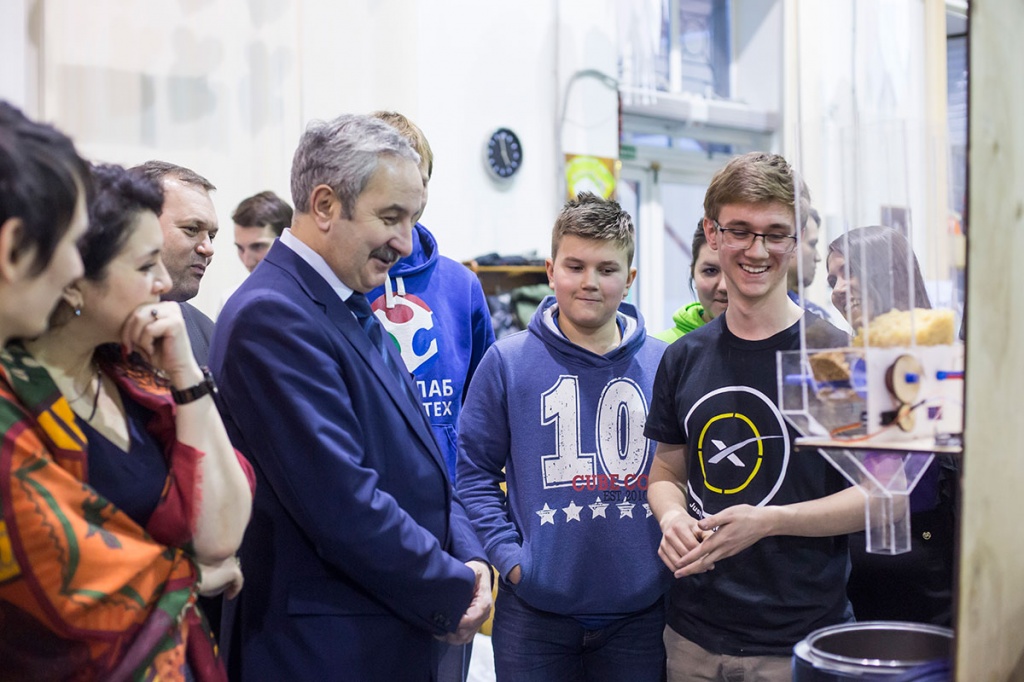 This time, the project selection started several months before the start of the School because of the event format. This format intends presenting the most interesting and well thought-out projects, selected by the panel of experts. In terms of the School participants, they had voted for the most favored project, and hereby the project teams were formed.

Apart from the above-listed projects, within the framework of the School there were developed: smart ventilation, a vacuum closet, a Bluetooth-umbrella, a set for a quadrocopter, and many others. 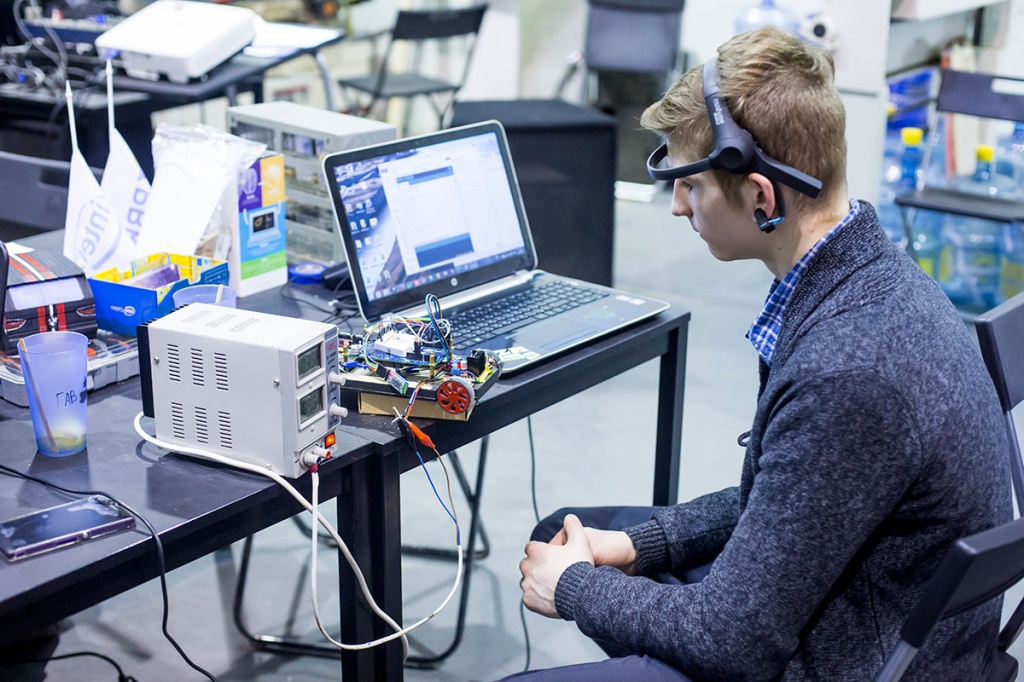 In the course of six days, the students, participating in the School, had been making a reality of their innovative ideas with great desire to get financing for the project afterwards and opportunities to run a venture business with a start-up.

Therefore, the Head of the Committee for Entrepreneurship and Consumer Market Development E.I. Kachaev and his assistant A.V. Guerman visited the School on its penultimate day. Elgiz I. Kachaev examined all innovative creations with interest and noted that "some projects have good prospects for commercialization, that is why we agreed on working constantly; we will have a meeting next week. I see a number of interesting projects, which we can promote with the help of the Entrepreneurship Support Center."

Anastasia MARKOVA, a participant of the "Garnirator" project, shared her impressions of the VII Fab Lab Polytech School – "In spite of not being a programmer, I still was able to help my team. "Garnirator" is quite a complex project and members of other teams helped us many times. It is unexpectedly nice when a stranger volunteers to help you. Such an attitude brings people together."

Within the framework of the School, master classes on designing and work with Fab Lab Polytech's equipment (laser and milling machines, 3D-printers) were held and lectures were given on industrial art, marketing, and business. One of the most outstanding lectures was the lecture on the topic of "From an idea to business" given by Igor Rozhdestvenskiy, the Head of the Marketing Technology Department of the Institute of Advanced Manufacturing Technologies, SPbPU. He said about the importance to always think of your task, successful start-ups and their lucky creators. "Lucky people are often those, who make more attempts on the way to their goal!" – concluded Igor ROZHDESTVENSKIY.

In conclusion, the organizers wanted to express their gratitude to the partners of the School: Russian Venture Company (RVC), Internet-provider Dom.ru, and especially the general partner – Intel Corporation, which provided financial backing and let use the IntelGalileo platform to implement projects on the topic of "Internet of Things" (IOT).