"Picnic at the Polytechnic University" Festival: from Healthy Lifestyle to Scientific Heights

A variety of lectures, scientific exhibitions, technical shows, sport competitions and a music concert were held within the framework of the "Picnic at the Polytechnic University". Those events diversified the University's life as well as Saint-Petersburg's life itself. Numerous guests not only saw what the new generation of engineers is capable of, but also were convinced that science could be quite spectacular. SPbPU's rector A.I. Rudskoy highly appreciated propositions and achievements of today's young engineers and future scientists. 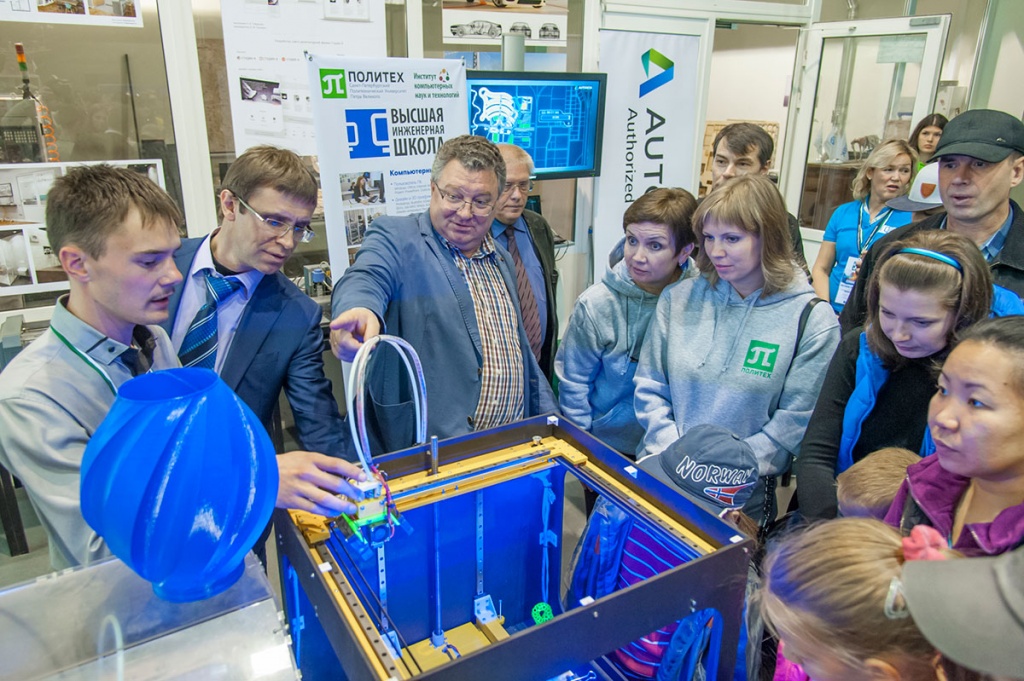 The rector commented on this event, which can be worthily called the biggest Russian universities' festival of scientific achievements of young generation: «To date, this is a unique event - not of the university level, but the federal one. We will hold such festivals in the future in order to attract young people to scientific and technical creativity, to increase their interest in engineering professions and to involve them in various areas of modern high-tech, science and technology. I believe that the grounds where our students can apply their knowledge, creativity, talent and realize their engineering concepts will provide our country with engineers of the XXI century (especially from SPbPU). Such engineers can generate ideas and implement them for the sake of our great country. " 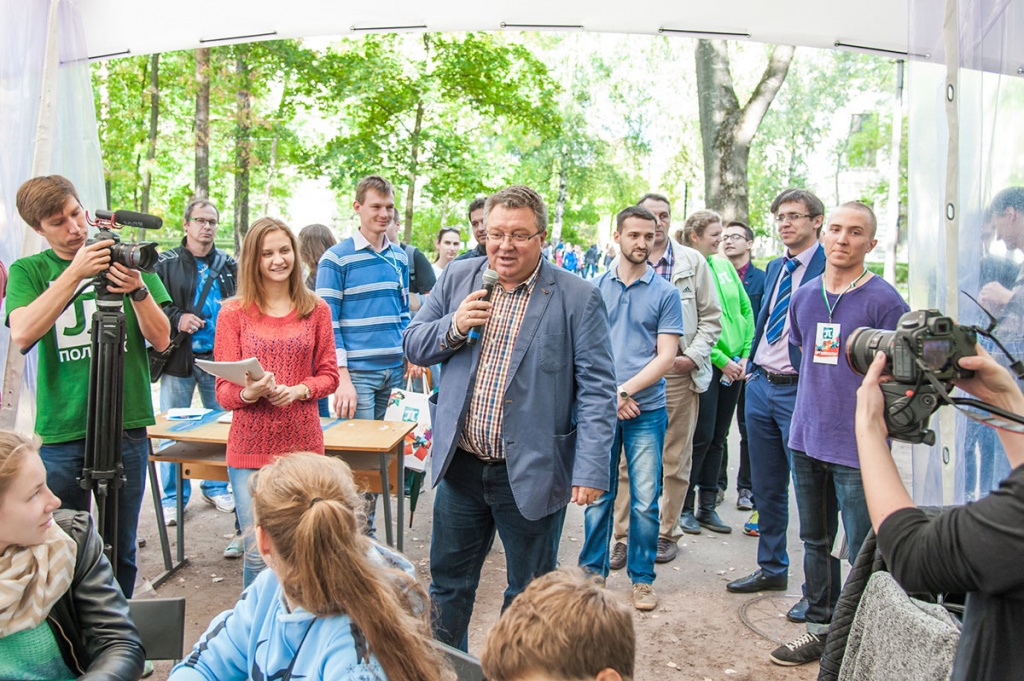 Indeed, SPbPU undergraduate and post-graduate students proved again that engineering is rather a fascinating and entertaining thing. Different SPbPU unions and departments presented their projects in the «EXPO» area. In two days of the festival they showed various scientific wonders and interesting physical and chemical experiments. For example, the students of the Experimental Physics division (Institute of Physics, Nanotechnology and Telecommunication) Andrew Machtakov, Sergei Kurdyumov and Anatoly Fedyanin presented the project called "Rubens' Tube». It is a physical demonstration of standing waves. On the one side of the perforated pipe the gas cylinder is connected, and on the other - the speaker. The speaker produces the sound of a certain frequency, and over the pipe there appear flames of different heights, forming a wave. They show where the air is more compressed, and where it is rarefied. 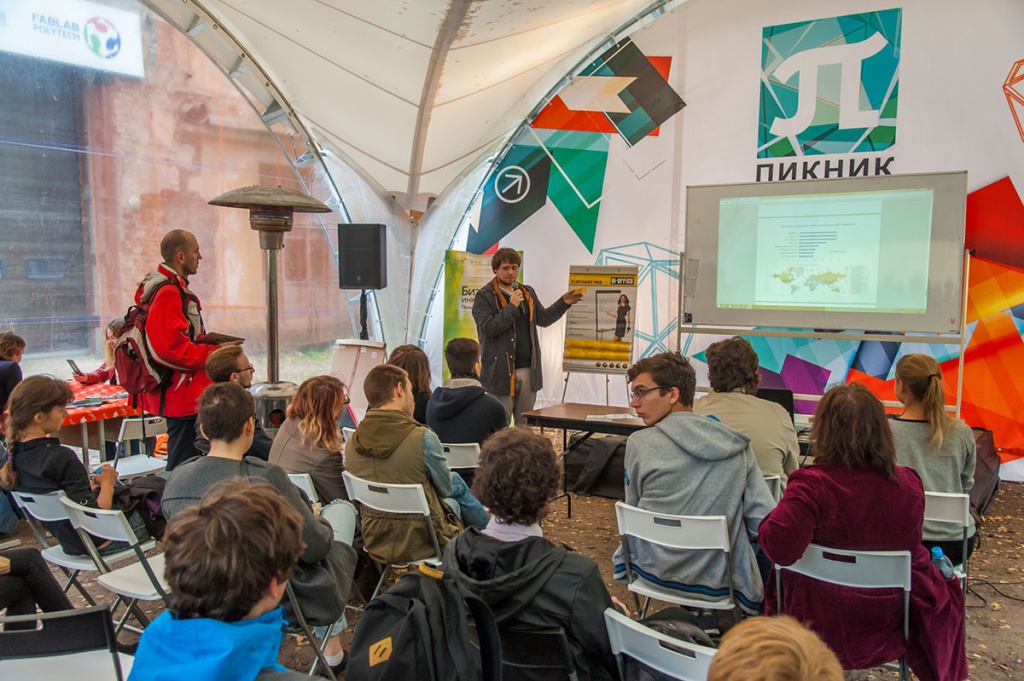 The program of the festival included: various engineering and technical brain teasers, technical creativity workshops, and even designing and building the water rocket. During the scientific lectures the world's leading scientists introduced the latest scientific achievements to the audience. And representatives of the largest Russian companies talked about the role of modern technology in industry and in everyday life. Successful young entrepreneurs told the audience how to set up their own business, if haven't yet received a diploma of higher education. All together, the picnic included more than 40 events. The «Fab Lab» gave visitors an opportunity to create their own works of art made of foam plastic; they could also decorate the fabric with prints, make a real camera of the materials on hand and turn the smart phone into a hologram. The special simulators were used by the professionals to demonstrate how to conduct difficult surgeries without no cut. The second day of the festival saw the presentation of SPbPU institutions and the Olympiad for high school students «YUNIUM». The smart- zone held two- day team competitions called "Technical Start" from the Gazprom Oil Company. School and college students took part in it. For several rounds they solved technical problems by applying their knowledge of physics and chemistry. However, a non-standard way of thinking here also played an important role. «Gazprom oil works closely with the Polytechnic University» - says the director of the Technology Directorate in the Gazprom oil, the head of the Gazprom Oil NTC Mars Khasanov. «In September the University started our master's program. It's pleasant that not only the academic work, but also extracurricular activities in SPbPU are focused on attracting talented young people. Our company is interested in that kind of young people, as they are the future of the Russian science and the oil and gas industry». In the engineering competition from «Polytech Pro» contestants needed all the possible knowledge of design - they created the timer, catapults, and even a «soft» pillow made of sticks, bags, threads and salt. 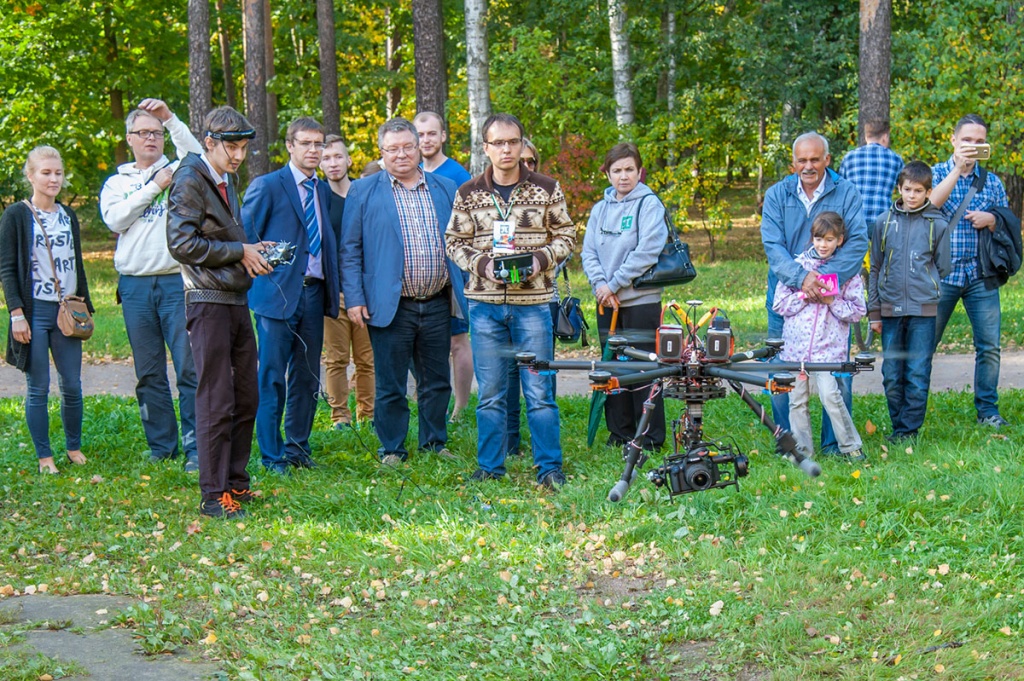 Sports and entertainment should be mentioned apart. The stereotype of that "techies" and "geeks" are not interested in sports and modern music was officially dispelled at the festival. On the sports grounds visitors could attend martial arts workshops, ride an electric bike and also see the real rally cars and buggies, designed by SPbPU students. There took place various sports competitions. Frisbee, longboards and folding bikes races (designed for the urban environment), volleyball tournament and climbing competition - each of the guests had the opportunity to assess their physical abilities or just to have fun with their friends. And best of the best, of course, received gifts and prizes.

Multi-genre music concert, Tesla-show with real lightning, food-show, military equipment exhibition, where people could see real tanks and learn little known facts from their history - all that also became an integral part of the bright and memorable «Picnic at the Polytechnic University».

Brought to you by SPbPU Media Center