One of the main trends of Russian education is its internationalization, promotion of cooperation with the world-class universities and research organisations. «The civilization development in its current form is impossible without internationalization», - SPbPU Rector A.I.Rudskoy said during the press conference at TASS, which was dedicated to improving Russian universities’ competitiveness. The Polytechnic University was integrated into the European educational field since its opening. «Since the very start of classes in 1902, – A.I. Rudskoy continues, - teaching of most of the subjects was in 2 foreign languages - German and English. The professors were from abroad – talented people whom it was pleasure to learn from. We made such a breakthrough in new development projects within 4-5 years! Today we invite students and well-known scientists from abroad, whereas ours go there». 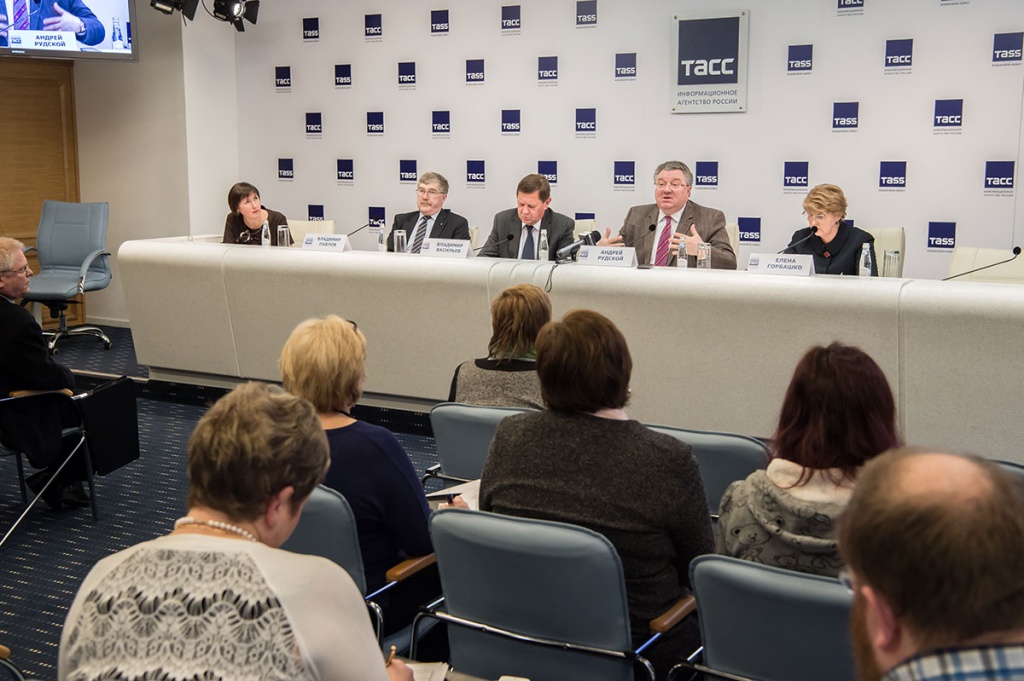 Internationalization has a significant impact on both training of the academic personnel and on their future career. The importance of this process is difficult to overrate these days, because it is highly skilled academic staff that is the main player in the «knowledge economy». A striking example to it is Yuri Olegovitch Tsybin. He graduated from the Polytech Faculty of Radio Physics in 2000s, but now his resume shows Russia, Sweden, USA, France, Austria being his places of work and study. During his professional career he received many professional awards, and this year Yuri became the ninth winner of the prestigious Kurt Brunet Prize which was awarded by the International Mass Spectrometry Foundation. When giving numerous interviews to foreign academic publishers', he does not forget either about his Russian academic origin, or the international recognition of Russian scientists’ contribution to the field of mass spectrometry. In our article we look into this science, professional development of Yuri Olegovitch Tsybin and his plans for the future. 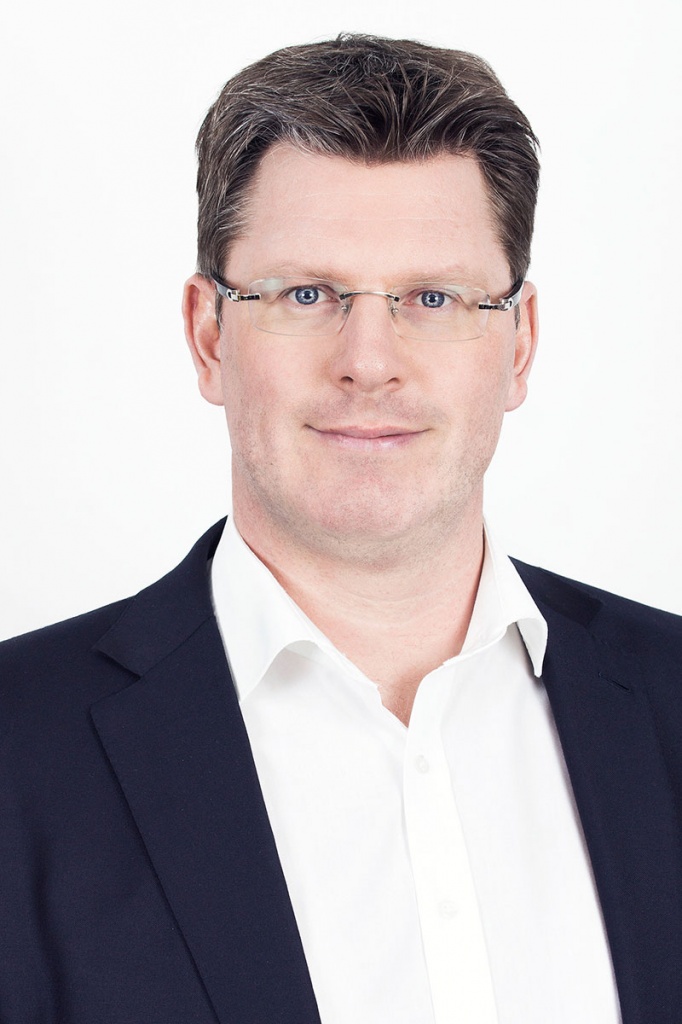 In 1998, being a 4th-year student, he went to Lyon in France to be involved in a special program of the Rhône-Alpes region. This region’s government financed education of foreign students in the National Institute of Applied Sciences (INSA). In order to participate in the program, it was necessary to speak French, which Yuri had recently begun to learn as he was intending to enter the famous Parisian Ecole Polytechnique, where Gay-Lussac, Becquerel, Poincare, Levy and other famous scientists had graduated from. However, the academic research program proposed in Lyon, suited him better. «This was my major, and my area of expertise still was mass spectrometry», - Yuri explains, commenting on his choice in favor of Lyon. He was studying in France and continued taking his exams in the native Polytech.

When he returned in St. Petersburg a year later, Yuri soon left again to study abroad. This time it was one of the oldest Universities in Europe - Uppsala University (Sweden) where he took part in the Baltic region special program, covering not only Sweden, Finland, Norway and other Baltic countries, but also North-West Federal District of Russia. There he worked on his Master's project, however, came back to the Polytech to defend it. Pursuing SPbPU Master’s degree qualification, he soon undertook postgraduate studies in Uppsala University (based on his findings, PhD theses presentation and defense took place both in Sweden and Russia) and also the research work in Florida. In 2006 Yuri founded and became the Head of the Laboratory of Biomolecular Mass Spectrometry in the École Polytechnique Fédérale de Lausanne (EPFL), on the basis of which he set up his own company «Spectroswiss» in 2014 and continued to work in the same field.

Mass spectrometry allows us to break down the world around us into the molecular composition. For example, a perfume that you use could be obtained with it. Supposing, you want to get a nice fragrance, strawberry, for example. In order to understand what kind of molecule is responsible for the aroma, the berry should be placed in a special device (mass spectrometer), which detects what molecules strawberries consist of. Thereafter a synthesized chemical molecule (or mixture) gives the desired aroma. Therefore, mass spectrometry is used to identify which molecule of the natural product provides scent, and then to get a synthetic product as a result.

Another example is airport security and checks: using a mass spectrometer, one can detect the presence of explosives’ or drugs’ molecules on passengers and their baggage or clothes. For example, when passing through the metal detector frame in the airport, you can feel the flow of air blowing dust particles away from you. These particles are collected into the special analytical device, which provides the layout of all the molecules that a passenger has on. If a person had been in contact with explosives, the mass spectrometer will show this and also the composition. Therefore, this method is also widely used for security purposes.

Mass spectrometry is an interdisciplinary science which includes a lot of subjects. One needs to be competent not only in physics, but also in mathematics, computer science, bioinformatics, chemistry and biology. However, the balance has shifted now, and mass spectrometry is now closer to biology and medicine areas. Together with a group led by the Vice-rector of Geneva University Denis Hochstrasser, we have developed a method for the clinical blood analysis of newborn babies, which allows identifying abnormalities and is now being tested in the University Hospital. Our goal is to make personalized medicine more affordable. The main idea is that individual treatment method will be dictated by the person’s blood and molecule composition. In this analysis, genomics and mass spectrometry play a very important part.

The Soviet school of mass spectrometry was very strong: its representatives made many discoveries which were recognized worldwide. Our scientists have created a very strong foundation, which is still being used and their contribution is appreciated. I am the Head of the Society of Russian-speaking mass spectrometrists working abroad, consisting of about 150 scientists. We are members of the American Society for Mass Spectrometry and maintain close ties with the All-Russian society of Mass Spectrometry. Last year, I gave a speech at a conference in Russia and I can say that there appears to be a very strong interest in our work.

Kurt Brunet is a scientist who worked for a German company Finnigan and contributed a lot into mass spectrometry. Subsequently, the company was renamed into Thermo Fisher and also founded the Award in his honour, which for more than 20 years has been given to scientists under the age of 45 for the development of this method.

I was nominated for this prestigious award by the Swiss and All-Russian societies of Mass Spectrometry for the development of mass spectrometry super resolution and the so-called «tandem mass spectrometry», which allows studying the molecules structure. This year the Prize will be awarded the ninth time, and in 2006 and 2009, it was awarded to MEPI graduates Roman Zubarev and Alexander Makarov. Therefore, three out of nine winners who have received one of the most prestigious awards in the field of mass spectrometry method and technique development are Russian scientists. That perfectly confirms my words about international recognition of our contribution in this area. Unfortunately for Russia, the biggest part of the work was performed abroad, although it doesn’t really make much difference in the science world. These people had been educated in Moscow or St. Petersburg, but utilized their potential abroad and managed to promote mass spectrometry on to the next level.

Plans for the future

I would really like that my colleagues and myself would have an opportunity to develop ourselves as scientists, not to focus only on business but to implement scientific ideas, which can be risky and do not necessarily lead to the emergence of new products. I would like to continue teaching smart, interesting, talented people, helping them find their way in life. Under my leadership, seven post-graduate students defended their theses; they are two students from Russia, and I can see how much they now succeed in Switzerland, USA, Qatar, Montenegro, gradually becoming leaders in their fields. I would like to see new scientific achievements, which make guys excited and personally I am always very pleased to discuss these topics with them. If you get an interesting result, definitely, it will lead to new prizes and investors. And, beyond all doubt, all scientists live from discovery to discovery even if they work for a commercial company. So I would like to reach new heights in science and demonstrate their applied potential, particularly in the field of human health improvement and the more rational use of our planet resources.