The 11th international annual Fab Lab Conference took place in Boston, where the idea of Fab Labs (Fabrication Laboratories) was initially conceived. The event was attended by the representatives of 450 laboratories from 55 countries. Three delegations presented Russian Fab Labs, one of them being from Peter the Great St. Petersburg Polytechnic University. Igor Asonov, Director of Fab Lab, spoke about the participation of the Polytechnic University in the international conference FAB11, dwelled upon his future plans and shared his impressions of Boston. 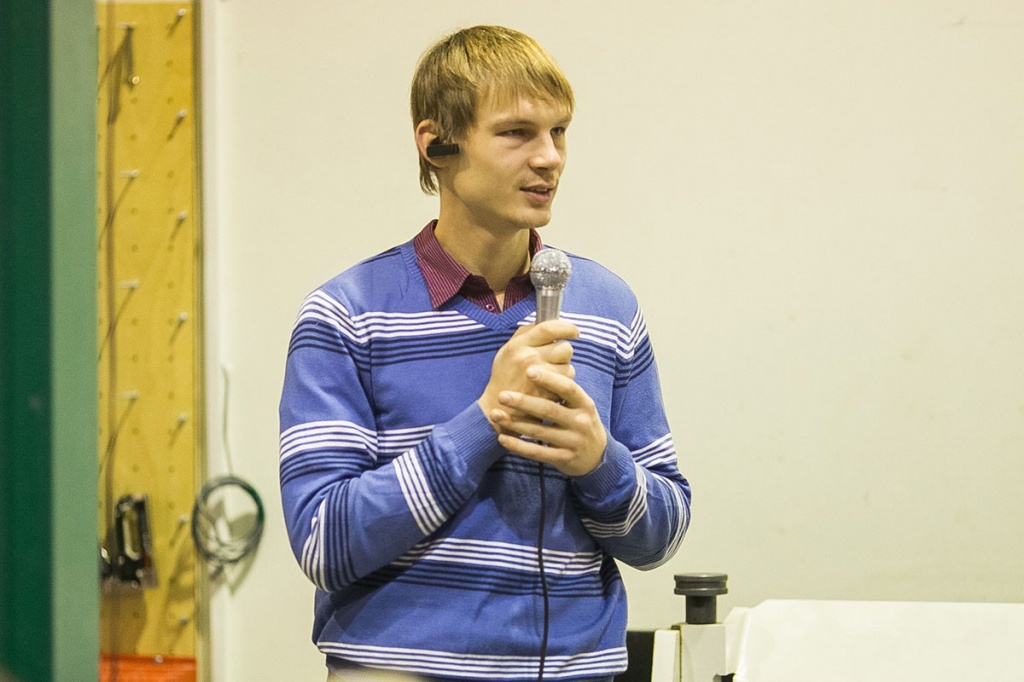 - Igor, could you, please, speak about the peculiarities of FAB11 in Boston?

- FAB11 is a key international event for open digital laboratories in the world. The conference and the symposium included numerous presentations, reports, workshops, round table discussions and exhibitions. We even tried to assemble a submarine for a human being within 24 hours!

- Is it possible?! How did this bold idea come to one’s mind?

- The principal ideologist of Fab Labs Neil Gershenfeld met our French colleague Jean Michel at one of the events and he recollected making two submarines at a French Fab Lab. Jean Michel took up that challenge and set up an international team, which I became a member of. We were given 10,000 dollars and offered all the facilities of the Center for Bits and Atoms at the Massachusetts Institute of Technology (MIT) in order to implement this daring project. The difficulty was that there is practically no space to store materials at the Center for Bits and Atoms MIT, so it took us about 6-8 hours to wait for the materials. We did not manage to finish the submarine, although there were several promising projects. I would say that technically we managed to do it but we decided that it was dangerous to submerge a human 2 meters underwater in a submarine that had not been tested thoroughly. Thus, Jean Michel obtained a third submarine (Smiling). 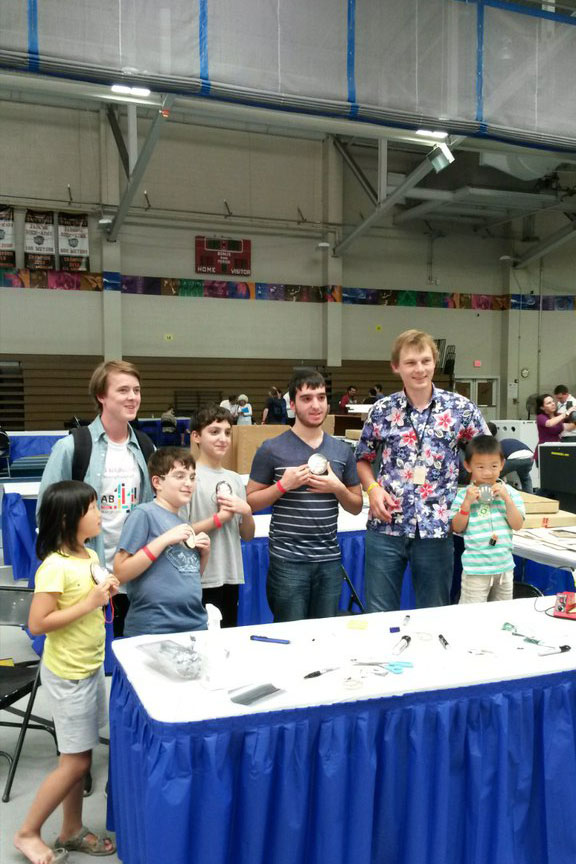 - Is this the first time that the Fab Lab of the Polytechnic University has taken part in this conference?

- Actually, it is the third time: we took part in the FAB9 in Yokohama and FAB10 in Barcelona. I hope to visit FAB12, which is scheduled to take place in China.

- Which events did you attend as part of FAB11?

- The conference was rich in events. It was interesting to count the maximum number of the seminars that took place simultaneously, and it turned out that 50 workshops were held at the same time (A workshop is an educational event the participants of which obtain knowledge and skills during the dynamic teamwork process. – Author’s note). Workshops were grouped according to certain areas related to managing Fab Labs, their finance and fundraising, holding workshops for children, working on new equipment and many others.

I took part in workshops devoted to Machines that Make, that is machines that make other machines. The idea is to make new lathes using those that we have at the Fab Lab. My colleagues attended other sessions connected with involving children in the work of a Fab Lab, as well as production technologies, such as laser cutting, engraving and milling.

- The seminars and workshops were in English. Did you experience any language barrier?

- No, we did not. We felt comfortable speaking English. Fortunately or unfortunately, English is an international language, so you have to be able to speak it. Of course, we forgot some words at times, for example, when we were so busy making the submarine. But we could draw the word on the blackboard or find other means to get the message across, so it was not a problem.

- What developments did you present at FAB11?

- We spoke about the events that we hold. For example, Picnic at the Polytechnic, a festival aimed at encouraging young people to take part in innovative creative projects. These are also intensive courses for schoolchildren and educational programs for students including the international ones. We also held a workshop to create the Iron Man Reactor; we presented a bionic artificial hand, various aircraft, neurodevices, a solar trimaran, a race car and many other projects.

We also presented one more really promising project called “Affordable Set of Digital Production Equipment”. It contains four items: a 3D scanner, a 3D printer, a laser cutting system and a milling machine. We are working on this set at the moment and we are planning to supply schools with it.

- Did they arouse interest and whose?

- Certainly! American children were in raptures after our Iron Man Reactor workshop, it is one of the most popular characters for them since they all are fond of comics.
And after our presentation on the Affordable Set of Digital Production Equipment several people representing Fab Labs in Europe, South and North America came up to us and expressed a wish to receive further information about this project and to take part in testing.

- What struck or impressed you most at FAB11?

- Its scale and efficient organization. By way of comparison, during the festival Picnic at the Polytechnic we put up the biggest pavilion 10*10*6 meters with a couple of heaters, and during FAB11 a pavilion 40*160*20 was used; when the event was over there was a huge area of faded grass on that spot. As for participants, we were amazed at the list of spokespersons: there were a lot of entrepreneurs and heads of companies working in the sphere of designing and creating new devices for our future. Each of them should have been given one or two hours to make a speech, and they had only 5-7 minutes, as the schedule was really busy. I personally liked the lining up robots that can organize themselves in different structures with respect to each other: stars, letters, anything. Huge robots forming different patterns looked breathtaking. 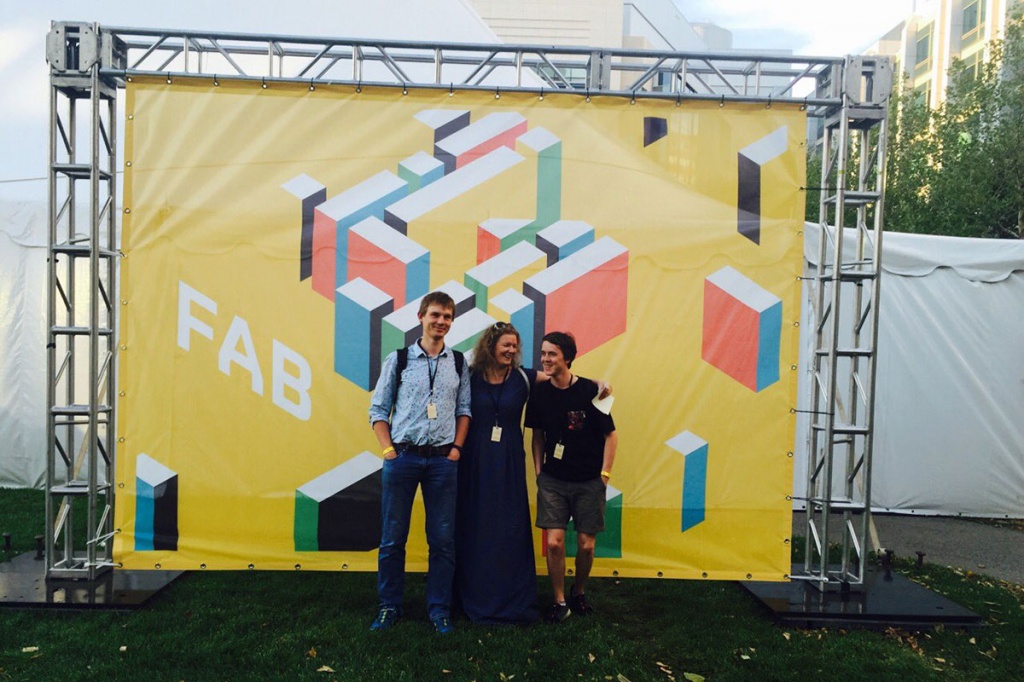 - What are you planning to show at the conference next year?

- Next year we are planning to demonstrate even more interesting activities. This time there were three of us, but next time there might be five. Currently our Fab Lab is undergoing certain restructuring. Apart from obtaining a new name, it is going to include 12 more organizations, such as the technical yachting club Polytech Yachting, Satellite Polytech that is working on a satellite, Formula Student, organizations connected with prostheses, producing aircraft, trimarans and so on. It would be great to organize a larger event there with workshops, lectures and presentations. FAB12 is to take place in Shenzhen, China. I have recently learnt that 80-90% of all household appliances in the world are produced in this city, so I am sure that the conference will be really interesting and informative.

- What kind of experience of your colleagues from foreign Fab Labs do you think could be useful for the Polytechnic University?

- We still have a lot to improve in terms of organizing the work of our Fab Lab efficiently and also from the point of view of maintaining order and safety. At the same time there are many areas where our foreign colleagues could learn from us. We set up student teams and within a week they carry out about 10 different projects. Interestingly, they might know nothing about digital production technologies and learn to create something new during the event. I don’t remember anyone at the conferences we have been to presenting projects of a similar scale and quality the way that we do. Owing to our university executives we have good facilities and quite big premises, which we are planning to expand, so many people can envy us in this respect. We have already solved some problems concerning management and finance, unlike our foreign colleagues. Some of them get support only occasionally or even none at all. In our Fab Lab we have projects and businesses connected with producing and selling longboards, 3D photography equipment and souvenirs.

- Are you going to make alterations in the work of the Fab Lab after visiting this conference?

- Yes, we have already made some changes and we are working to make our Fab Lab even better. This is, for example, the safety instruction that we have already translated into Russian (Showing). At the Center for Bits and Atoms MIT you can find goggles and ear plugs everywhere in order to protect your eyes and ears. I suppose that we should borrow such ideas as much as possible, although we have never had and we shouldn’t have any accidents, so we are going to improve safety in every possible way.

- Did you like Boston? What do you remember most of all?

- Boston is one of the oldest cities in America. Not taking the conference into account, I most liked the fact that MIT has its own yacht club on the Charles River where every student can take a sailing boat free of charge. We were pleased to accept the offer of my acquaintance that is studying at MIT now and sailed.

- Do you agree with Neil Gershenfeld, one of the organizers of FAB11, that “the power of digital production lies in the social effect and not in the technological one”?

- Absolutely! Fab Lab is a social project in the first place and it is aimed at creating a better future for the humanity as a whole. We keep saying that Fab Lab is about people and not about equipment, since these are people who carry out interesting projects. A Fab Lab enables people to create easily. To do that, you do not have to be exceptionally intelligent or to study for years. This is its point that people can come here and make their dreams come true and put their ideas into practice. Our colleagues from the Lectorium said, “A Fab Lab is center for materializing human fantasy”.