Today’s physicists mostly focus either on massive objects like black holes or on atom-sized objects. In both cases, significant deviations from conventional laws of physics are observed. The understanding of atomic level processes opens a wide range of prospects in nanoelectronics and material engineering. One of such studies is a model suggested by a team of scientists from Peter the Great St. Petersburg Polytechnic University (SPbPU). The model describes the distribution of heat in ultrapure crystals at the atomic level. The article was published in was published in the Journal of Applied Mathematics and Mechanics. 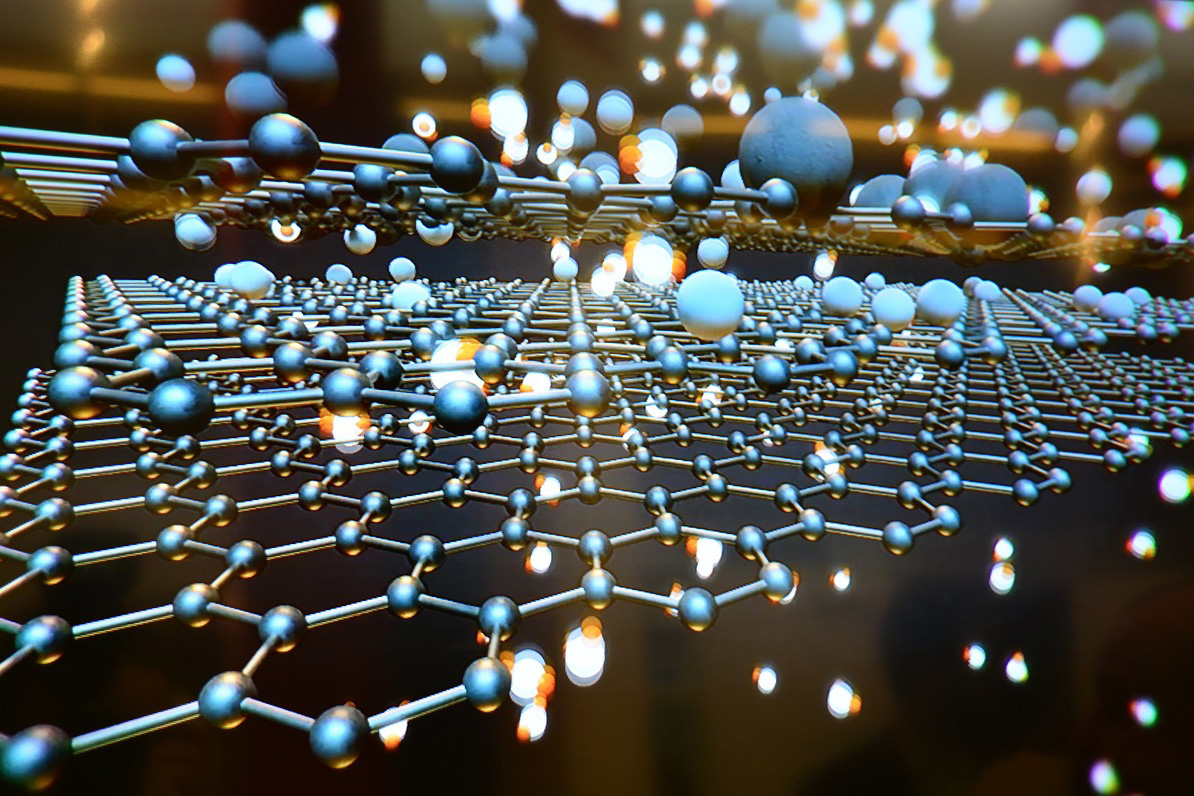 The distribution of heat in nanostructures is not regulated by the laws applied to conventional materials. This effect is most vividly expressed in the reaction between graphene and a laser-generated heat point source. Graphene is a 2D crystal made of carbon atoms. The material looks like a thin grid or a honeycomb. However, it is quite stable and has very high heat and electrical conductivity due to which it is widely used in electrical engineering. The discoverers of this unique crystal were awarded the Nobel Prize in Physics in 2010.

Scientists of SPbPU considered an infinite crystal consisting of identical particles obeying classical Newtonian equations of motion. Graphene-based technologies are rarely used in vacuum, so the team also took into account the effect of the environment (gas or liquid). This adjustment has a considerable impact on the model as a part of heat is spent on warming up the environment. Finally, the team derived an analytical solution describing heat transfer. To describe the processes that happen in the material, the scientists obtained simple equations and confirmed them with numerical data generated in the model for different distances from the heat source. Using the developed model, the team observed that a crystal have certain directions along which the heat rays distribute the major part of energy. Currently the authors are preparing for an experiment to confirm their theoretical conclusions with actual heat processes in a graphene crystal.

“Our results may be widely used for investigation of heat transfer in micro- and nanoprocessors. It is of great importance for the development of new generation high performance computers. Our analytical approach can be applied to a wide range of ultrapure materials such as graphene”, concluded Anton KRIVTSOV, corresponding member of the Russian Academy of Sciences, the Head of the Higher School “Theoretical Mechanics”, Director of Research & Education Center “Gaspromneft-Polytech” at Peter the Great St. Petersburg Polytechnic University.