Are our oil and gas pipelines safe during an earthquake?

Underground pipelines that transport oil and gas are very important engineering communications worldwide. Some of these underground communications are built and operated in earthquake-prone areas.

Seismic safety or seismic stability of underground pipelines began to be intensively studied since the 1950s. 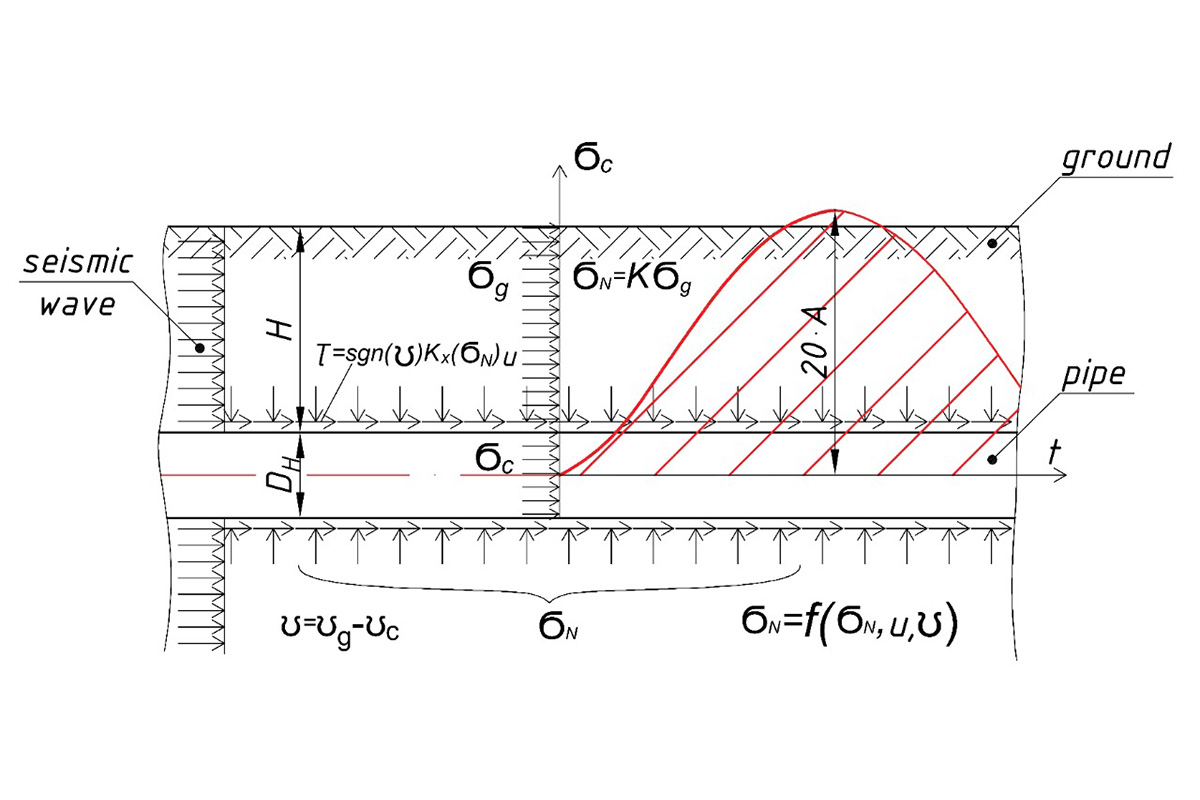 Since then, a number of methodologies were proposed for calculating stress received by an underground pipeline during an earthquake. The purpose of these methodologies was to make an accurate prediction on the structural stress received by a pipeline during an earthquake, and thus it would allow to decide how resilient the pipeline must be made in the first place. It is important to find a right balance between pipeline cost and its structural resilience.

Turns out, we were wrong.

New research has been conducted by scientists from Institute of Mechanics and Seismic Stability of Structures Academy of Sciences of the Republic of Uzbekistan and Peter the Great St.Petersburg Polytechnic University (SPbPU) of Russia. The research shows that current methods used for calculating stress received by the underground pipelines during an earthquake are incorrect.

"The existing methods do not consider seismic pressure, i.e., the stress normal to the pipeline's outer surface arising from the propagation of a seismic wave in the soil. This leads to an incorrect determination of the pipeline's stress; the longitudinal stress calculations lead to errors of 100% or more," said Nikolai Vatin, professor of Institute of Civil Engineering SPbPU.

Disregard of the longitudinal stress means that all oil and gas underground pipelines are more susceptible to earthquakes than was initially expected.

Researchers have developed a new theory of the seismic wave propagation process in an underground pipeline and surrounding soil to address this problem.

The related theoretical material that explains all the mathematical calculations of the new theory and its benefits in comparison to predecessor methodology can be found in the article Wave Theory of Seismic Resistance of Underground Pipelines.

"It is very admirable indeed that science moves forwards, and we get better theories and find our errors. Yet the ominous concern is that all our current pipelines are at risk will stay for some long time until they are replaced and modernized" mentioned Karim Sultanov from Institute of Mechanics and Seismic Stability of Structures Academy of Sciences of the Republic of Uzbekistan.

The research results in the article.

The research is funded by the Ministry of Science and Higher Education of the Russian Federation as part of World-class Research Center program: Advanced Digital Technologies (contract No. 075-15-2020-934 dated 17 November 2020).