Researches from Peter the Great St.Petersburg Polytechnic University (SPbPU), Russian Academic Excellence Initiative participant, in collaboration with the radiologists from St.Petersburg Clinical Research for Specialized Types of Medical Care (Oncological) have developed an intelligent software system for lung cancer diagnostics. This software can be installed on any computer. It analyzes patients' computed tomography (CT) results within 20 seconds and provides an image in which the pathology is clearly marked. Reserachers have named the system Doctor AIzimov (AI for Artificial Intelligence) in honor of the science-fiction writer Isaac Asimov, who developed three famous laws of robotics.

At the end of 2018, the first tests of this intelligent system were carried out. The system analyzed anonymized CT images of 60 patients at the Oncological Center. According to the radiologists, the tests were successful, as the system has found focal nodules in lungs of small sizes (2 mm).

“Initially, we set up an algorithm to search for nodules starting from 6 millimeters, because radiologists themselves start the treatment of tumors of this size. But the system is so smart that it was able to find nodules of even smaller size”, said the project lead Lev Utkin, the head of the SPbPU Research Laboratory of Neural Network Technologies and Artificial Intelligence.

Research team includes the staff of the University (Lev Utkin, Mikhail Ryabinin, and Alexei Lukashin), experts from the St. Petersburg Oncological Center (the head of the Radiology Department Anna Meldo and a radiologist Ivan Prokhorov). The project was supported by the Russian Science Foundation. 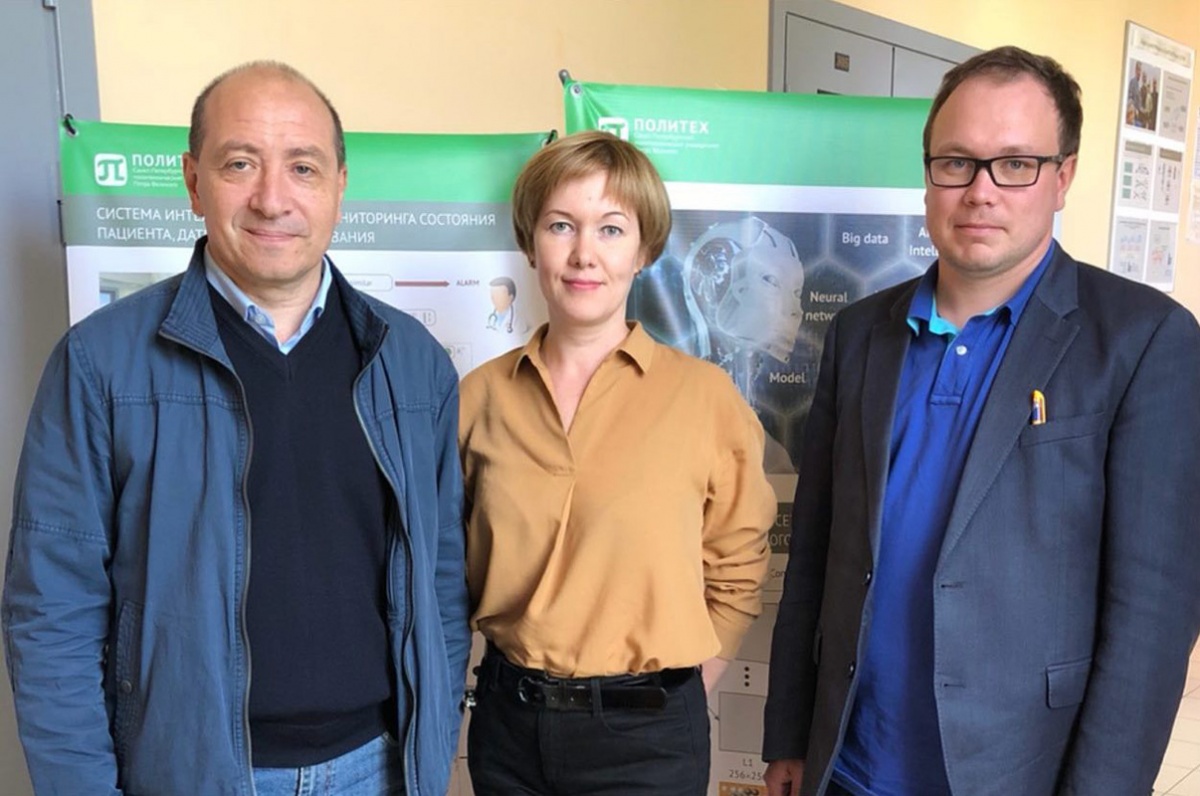 A new proposed and developed approach to the lung cancer classification using the chord method has been patented within only 3 months. The method of chords uses segmented CT images: points are randomly drawn on the surface of a nodule, after that the points are connected by lines (chords). The length histogram of the chords reflects the shape and structure of the tumor. Although the system examines every nodule from the inside, its external surroundings are also very important. To learn more about the tumor, it is placed in a cube, and perpendiculars are drawn from its edges to the surface of the nodule.

Thus, instead of classifying a graphically complex and heavy images of the CT (the size of every CT image is approximately 1 GB), the nodule is represented in the form of compact and simple histograms, which are then analyzed by the Doctor AIzimov system.The scientists have also trained the system to distinguish malignant and benign tumors. “Many different objects may be detected on the CT images, so the main task was to train the system to recognize what each of the objects represents. Using the clinical and radiological classification, we are trying to train the system not only to detect tumors, but also to distinguish other diseases similar to cancer,” comments Anna Meldo, the head of the Radiology Department of the St. Petersburg Clinical Research Center for Specialized Types of Medical Care (Oncological). The system was trained by analyzing 1000 CT images from LUNA 16 and LIDC datasets. Russian researchers have also collected their own dataset named LIRA - Lung Intelligence Resource Annotated. Currently, the dataset holds CT images of about 250 patients. The scientists are planning to increase the number of images by four times by the mid-2019.

With each new CT image, the system self-improves. To speed up the learning and testing processes, the researchers use capacities of the supercomputer center “Polytechnic”. In the future, a patient's CT images will be transferred to the supercomputer using the Internet. This approach allows to reduce the diagnostic testing time per patient from 20 till 2 seconds. After that a radiologist will receive the marked image instead of the large CT image. It will significantly reduce the time needed for the analysis and diagnostics.