Scientists from Peter the Great St. Petersburg Polytechnic University (SPbPU) found that the reason for the incomplete spontaneous decay of excited-state atoms in the conducting guide may be polarization selection. The study is published in one of the oldest and leading physics journals in the world scientific literature Physical Review A. The described phenomenon opens up new opportunities for the development of quantum technologies. 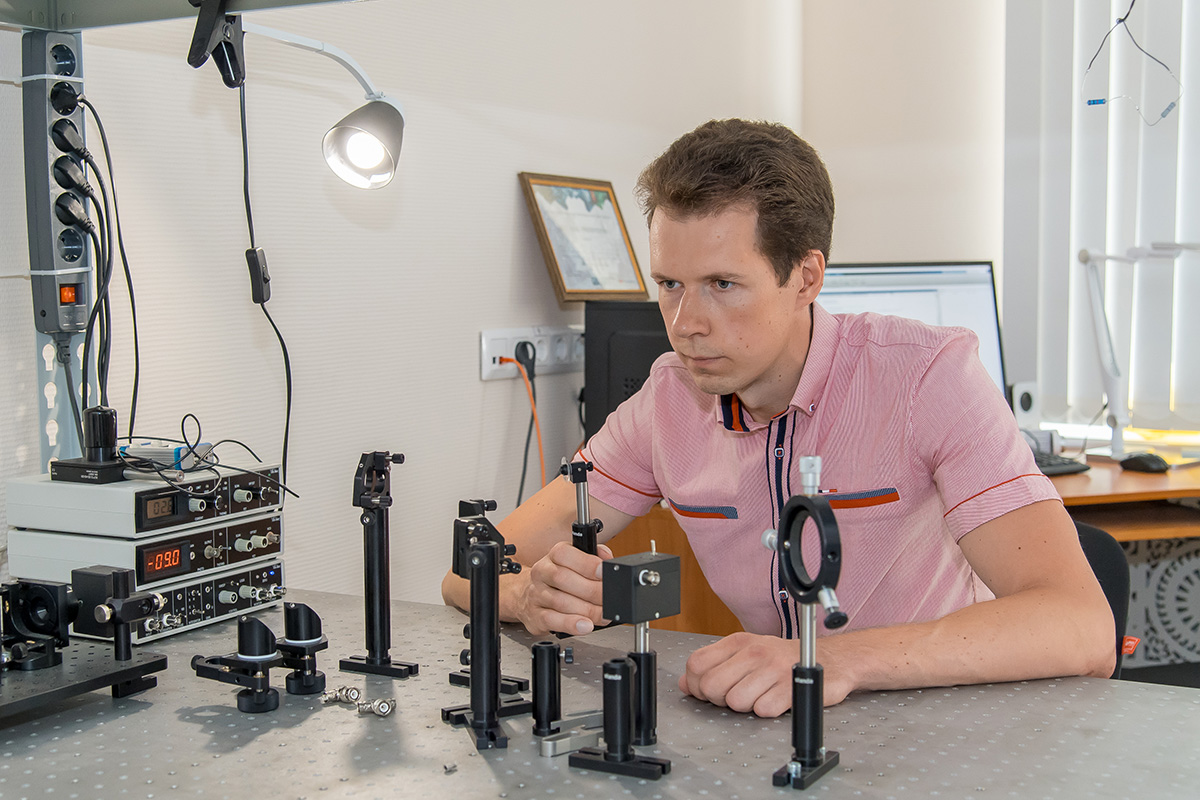 An atom that has been exposed to some kind of impact, e.g., light or electron impact, passes into an excited state. At the same time, it quickly returns to the ground state: this is the phenomenon of spontaneous decay. Under normal conditions, one atom in free space is characterized by complete decay. This means that all the energy of atomic excitation migrates into a photon, and the atom itself relaxes into the ground state.

If an atom is placed in a conducting guide (a metal hollow tube), then its properties radically change. As a consequence, the properties of the atom will also change. A waveguide enhances any electromagnetic interaction, since space is limited by walls, and even at a very large distance, atoms can strongly influence each other, which is quite nontrivial.

“Our article is devoted to the dynamics of spontaneous decay, that is, the study of the rate at which an atom passes from an excited to a ground state. In particular, we discovered the phenomenon of incomplete decay due to polarization selection. That means that a certain polarization component of atomic excitation decays and gives rise to photons, while the other polarization component remains in the atom. Therefore, it will be half aroused, half not,” commented the first author of the article Alexey KURAPTSEV, Associate Professor at the Higher School of Applied Physics and Space Technologies of SPbPU.

Besides the monatomic decay, scientists examined the mechanism of interaction of two atoms in a conducting guide. And if half of the energy remains in monatomic decay, then in a situation with two atoms this will be a different fraction, depending on the mutual arrangement of the atoms.

The study of such optical properties of the atom is necessary for the development of a number of quantum technologies that are based on the interaction of photons with atoms. In particular, quantum information technologies, i.e., quantum computing, repeaters, cryptography, etc., have become increasingly relevant lately.

Scientists plan to continue research and learn how to manage Lamb shifts (shifts in energy levels). For the discovery of this phenomenon in 1955, Willis Eugene Lamb was awarded the Nobel Prize. The researcher found that the vacuum field not only affects spontaneous decay, but also shifts the levels of atoms. In free space, the same excited states of different atoms are shifted by the same amount. In resonators and waveguides, the same levels and sublevels of different atoms can shift by different values, which affects the nature of the interaction of atoms.