SPbPU Week of Science ended with a big press conference

On December 4, 2015, the 44th Academic and Research Conference 'Week of Science' held at Peter the Great St. Petersburg Polytechnic University came to an end. A. I. Rudskoy, Rector of SPbPU; M. V. Kovalchuk, Director of the National Research Center 'Kurchatov Institute', Corresponding Member of the Russian Academy of Sciences (RAS), Chairman of SPbPU Supervisory Board; V. Ya. Panchenko, Member of the RAS, Chairman of the board of RFBR, Director of the Institute for Laser and Information Technologies of the RAS; and A. B. Povalko, Deputy Minister of Education and Science of the Russian Federation, drew conclusions on the annual scientific forum and answered questions from the journalists during a press conference. 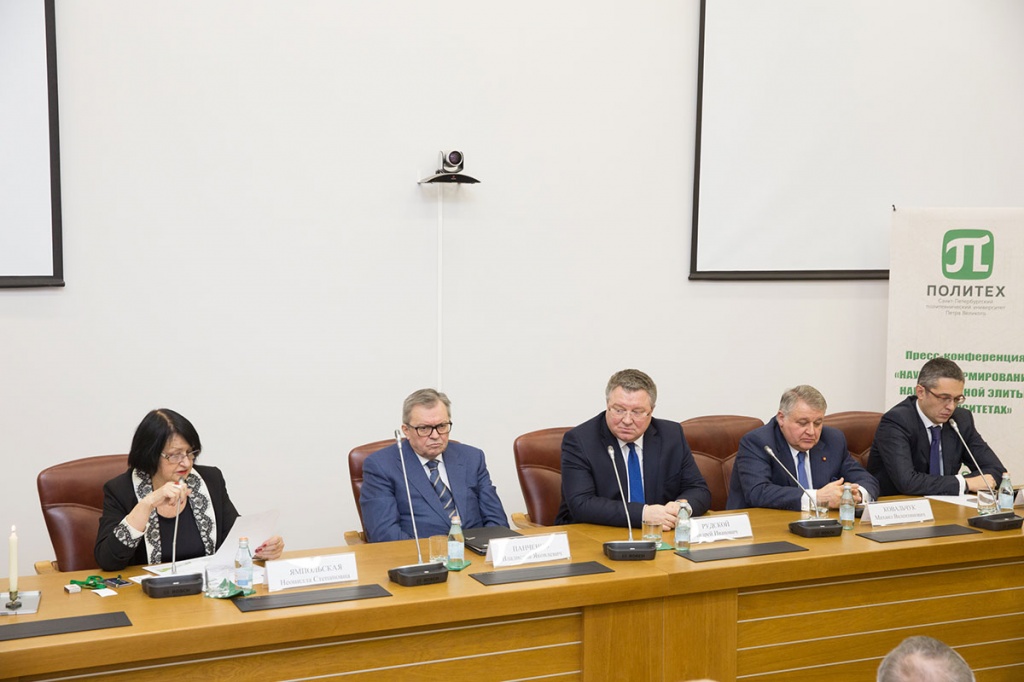 The press conference was preceded by the meeting of the SPbPU Supervisory Board. Rector A. I. Rudskoy thanked the members of the Supervisory Board "for recommendations and objectives of university development until 2020," which the Board provided after the Rector's report on work performed in the prior period. Member of SPbPU Supervisory Board V. Ya. Panchenko highly praised the Rector's work in 2011-2015 and qualified the Polytechnic University as an outright leader in the modern fundamental engineering education: "It is proven by the fact that a brilliant center for additive technologies has been established in such short period of time. Today, additive technologies are among the crucial areas for the Russian Federation. It opens a wide range of opportunities not only in engineering, but also in biomedicine, for example." 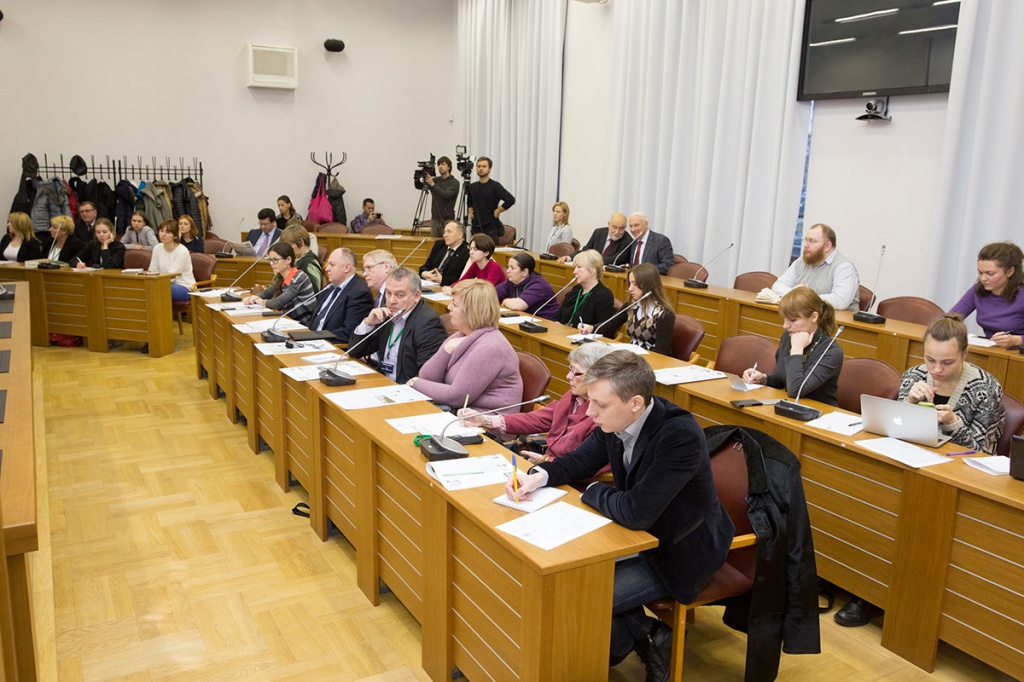 wide range of opportunities not only in engineering, but also in biomedicine, for example." M. V. KOVALCHUK believes that tectonic processes have been in motion for the last few years: "The coming of one particular person was like a breath of fresh air. A new research institute, supercomputer, nanotechnologies and additive technologies - all this is overwhelming." Mikhail Valentinovich made it public that the Supervisory Board had recommended the Ministry to appoint A. I. Rudskoy on a new term as the Rector, and expressed hope that "at the next meeting, we will discuss not what our university has become, but how it has contributed to the strengthening of our country." 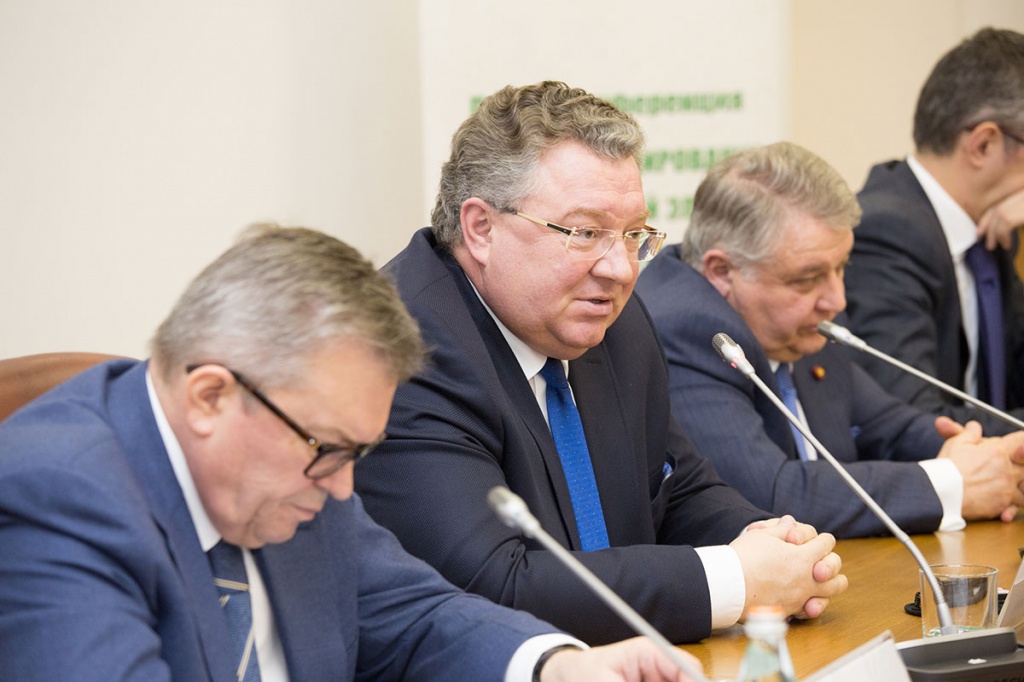 Answering the question on the results of BRICS University Rankings published by the Times Higher Education, the Rector of SPbPU said that the success in world rankings is a result of systematic, continuous work of our scientists and staff. "Undoubtedly, the support from the government, particularly financial and ideological support, was instrumental in achieving the success of the Polytechnic University," the Rector emphasized. "We convey our activity to the leading Russian industrial enterprises, conduct research aimed at the creation of a product that would be competitive in the global market, and promote import substitution. We are planning to carry on with the scientific research in fundamental and natural sciences, and engineering sciences as well. We will do anything in our power to maintain this position." A. I. RUDSKOY commented. 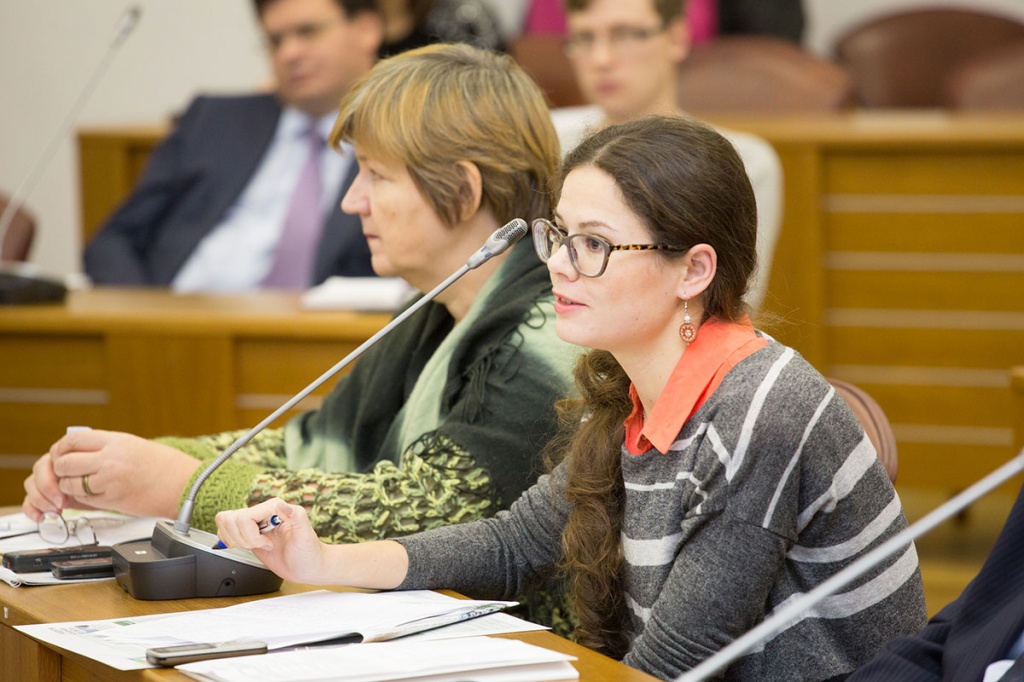 However, most questions revolved around world rankings and the 5-100 Project, which has got mixed response from the audience, according to A. B. POVALKO. "The 5-100 Project started three years ago. Back then, the Edict of the President clearly referred to world rankings as an indicator. This project is not about rankings; it is about making our universities compelling in the global educational environment. Thus, the goal is not to make it into the rankings, but to become a compelling place to work and study. This project is about enhancing global competitiveness of Russian academic centers, that is why a complex system should not be reduced to easy decisions," the Deputy Minister explained.

"We see it as a reporting instrument, a criterion of our success. Today, there is no alternative to rankings," A. I. RUDSKOY went on. "However, each of us understands that the real criterion of our success is the long line of employers who are seeking to employ our graduates, it is the respect they have for the university. I am sure the leaders of other universities that take part in the Project realize that as well. So, what we are looking for is our colleagues and employers saying that the Polytechnic University is a brand.”

Answering the final question about the results of the university's main scientific event, the Rector used numbers: "5,000 participants. Over 160 breakout sessions. More than 300 reports. Of course, space was the main subject of the conference. Four general designers from major missile-producing corporations appeared at the Week of Science. Personally, I think this year's Week was one of the most successful, positive, and beneficial ones so far. I believe the triumph of the Russian science to be the main result. Students, postgraduates, and young scientists from over a dozen Russian universities came here. We became a stage where young people have shown what their last year's achievements. Of course, they also got the chance to explore our beautiful city with an extensive cultural program that was part of the schedule. We will be absolutely happy if some of them return to get a master's degree at SPbPU. We are moving on: next year there will be the 45th Week of Science, and then another!"