Engineers of the of the Advanced Manufacturing Technologies Center of the National Technology Initiative (NTI) of Peter the Great St. Petersburg Polytechnic University (SPbPU) conducted a study of the mechanism of airborne infections’ flow in office premises. The project is supported by the St. Petersburg Innovation and Youth Initiatives Support Foundation.

The main objective is to determine the working process of the socially significant objects after the Covid-19 pandemic. Due to the restoration of the regular activity of the public institutions after passing the peak of coronavirus infection, the engineers created the digital model on how to safely locate the employees' desks in the office premises. 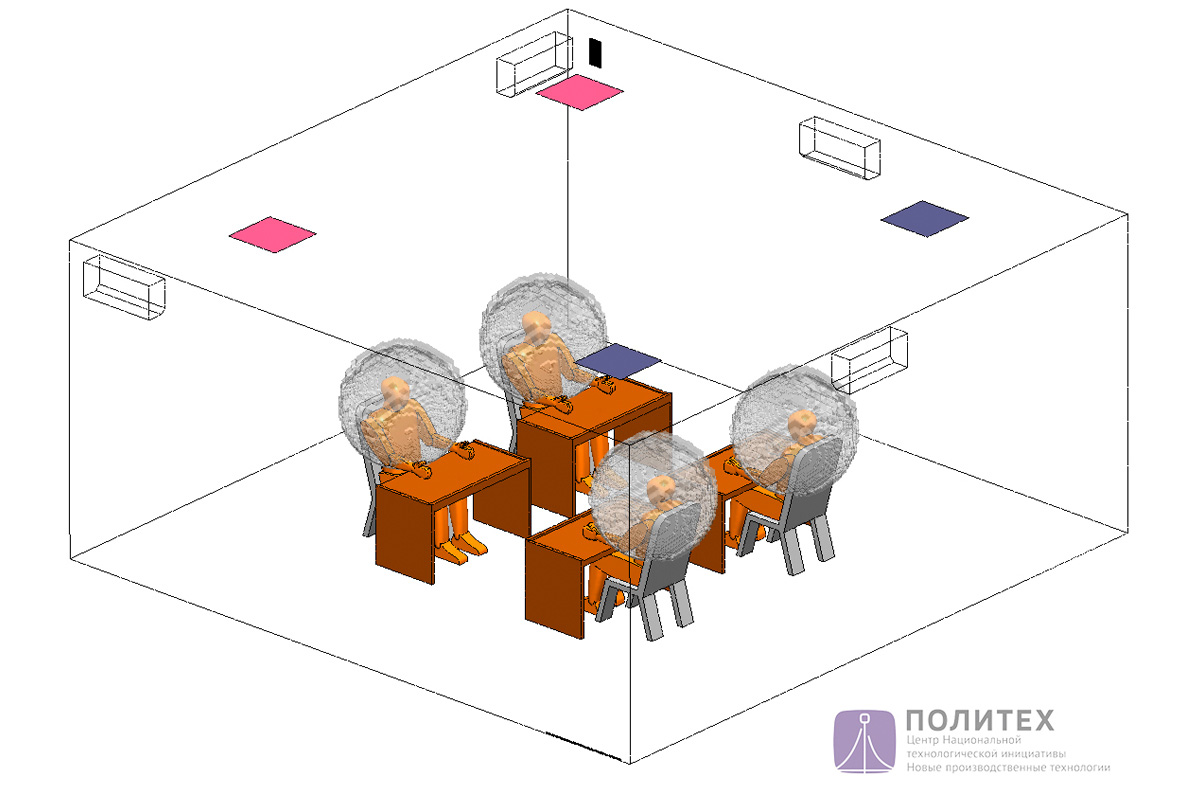 When performing the calculations, the researchers considered such factors as the positions of employees in the room, the distance between tables, and the height of table screens.

Since no relevant scientific studies were found, the engineers of SPbPU verified the applicability of recommendations regarding the location of workplaces and other working conditions, in particular, the air ventilation systems of the premises.

Mathematical modeling was performed for a room for four employees, equipped with a supply and exhaust ventilation system with two channels for supply and two channels for air exhaust. The performance of the simulated ventilation system meets all the rules and regulations for the office premises and is determined by a survey conducted among representatives of business centers. Besides, the compensation channel for the air discharge with zero pressure was also taken into the account in the mathematical model.

At the first stage of the study the researchers analyzed the process of movement of air masses exhaled by the employees. The mathematical model considered the exhaled small particles or drops, which may contain the virus. Preliminary computational studies demonstrated that such particles have extremely small mass, and therefore can be easily transported along with exhaled air, posing a threat to others.

In the framework of the main study, three types of possible seating arrangements were considered:

Several options for the distances between the tables and the position of the table screens were considered for each type of seating arrangement. 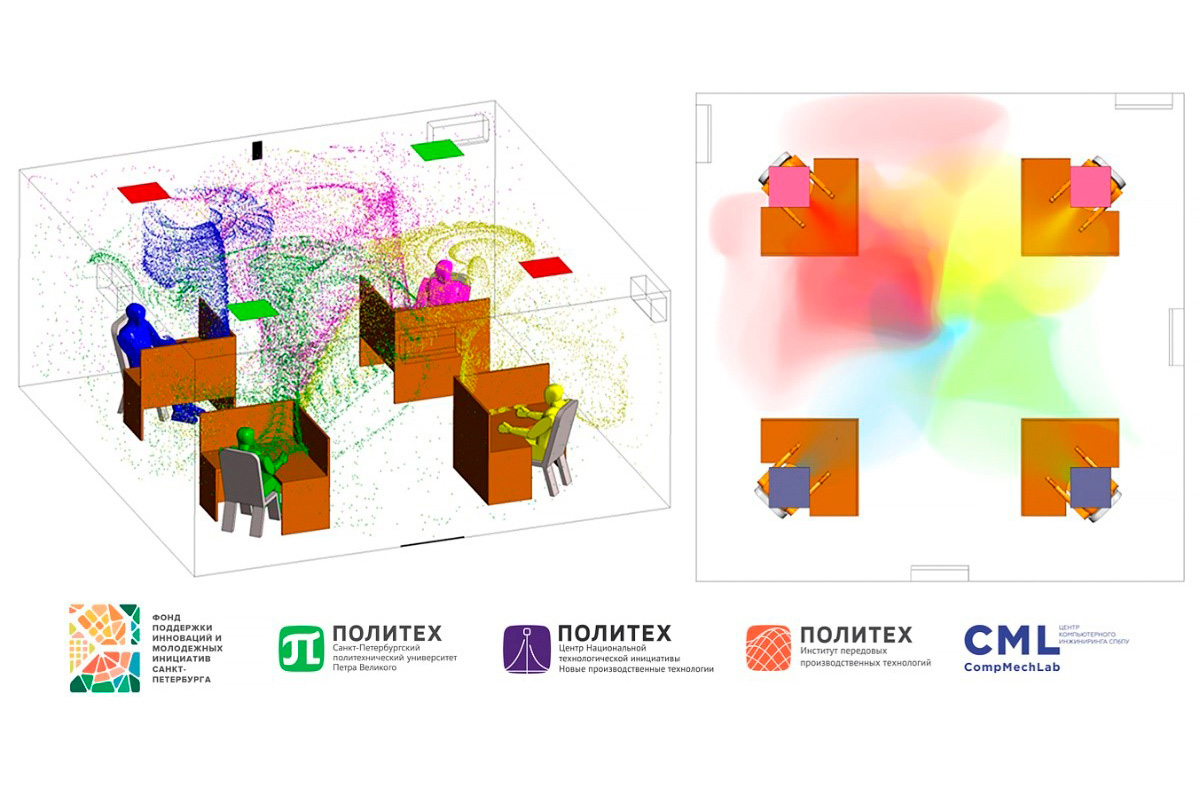 In the first part of the study, the mathematical modeling of the air flows in the room was performed for three types of seating arrangements with different distances between employees' desks. To increase the visibility and visual certainty of the numerical results, it was considered that the gas exhaled by each employee, as well as the gas supplied by the ventilation system, were different. Thus five air flows were considered in the model. This approach helps to analyze the results to correctly differentiate the gases and to assess the risk of infection.

The percentage ratio between the fractions of gases located in a spherical area with a radius of 0.5 m near the head of each employee was calculated.

The analysis of the results showed that the most dangerous is the “flower seating arrangement”. In other cases, the risk of infection is lower but remains high.

Increasing the distance between seats, the risk of infection transmission between the employees decreased and, naturally, it turned out to be minimal at the greatest distance

In the second part of the study, the effectiveness of table screens to protect employees from the spread of airborne infections was evaluated. In this case, the mathematical modeling confirmed the statement that the use of table screens reduces the risk of infection transmission. The analysis confirmed the positive effect of high screens.

The results of the performed mathematical research were applied in the development of a specialized interactive questionnaire for business owners and representatives of enterprises, posted on the website of the St. Petersburg Innovation and Youth Initiatives Support Foundation.

In the future, the scientific group plans to continue the research with the data from educational, sports, and other institutions.