Researchers of the Peter the Great St. Petersburg Polytechnic University (SPbPU) within the framework of Project 5-100 developed a dust collection unit which is capable of the burning metal particles removing from the air flow. According to experts, the equipment allows reducing the fire risks in the industrial enterprises.

The problem of cleaning the air from the solid particles is especially important at the metallurgical enterprises, because of the threat of ignition due to incandescent particles falling into the purification filters.

Cleaning the air at the industrial enterprise is an important engineering task, which has ecological and social significance. Scientists of SPbPU explained, that one of the most harmful dust-forming processes is the welding production, which is accompanied by the release of so-called metal spatter. These spatter not only pollute the environment but also lead to technically inefficient material consumption. In addition, burning particles are classified as hazardous production factors leading to fires.

"Our task is to study the mechanisms of the welding aerosols' formation and to develop the dust-collecting equipment that ensures the damping and cooling of burning spatter," said Ksenia Strelets, an associate professor of the "Construction of Unique Buildings and Structures" chair of Civil engineering Institute SPbPU.

Currently, the industry uses various methods to avoid the burning spatter in the air, which according to experts, are not effective enough. The equipment, developed by the researchers of the Polytechnic University in conjunction with the JSC 'SovPlym', is capable of capturing and cooling 100% of burning metal spatters already at the stage of preliminary purification of the welding aerosol.

The base of the equipment is the uniflow cyclone (Cyclone CP-2500). This an industrial drawing, its test results were described in the article "Hot metal droplets capture with centrifugal method" published in the Magazine of Civil Engineering. 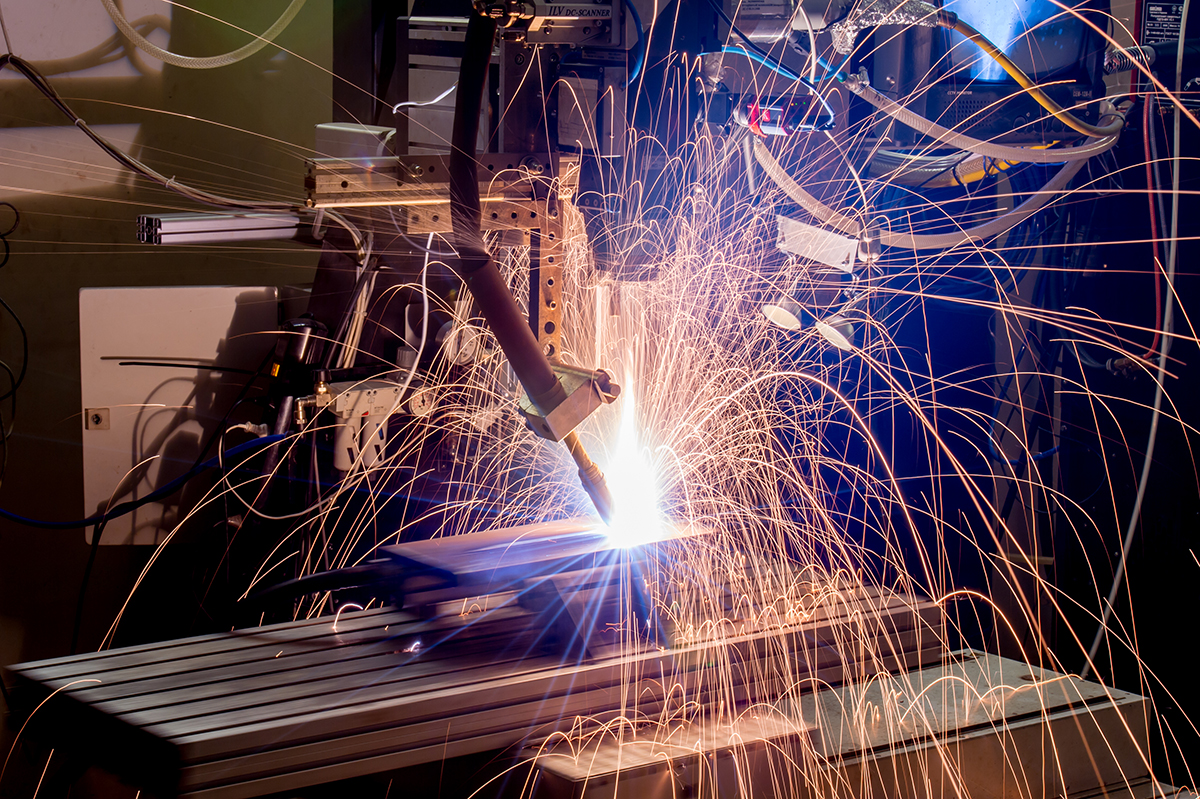 According to Mikhail Kitain, a post-graduate student of Peter the Great St.Petersburg Polytechnic University and technical director of JSC 'SovPlym', the equipment is already used at the metalworking workshop of such companies as PJSC Gazprom, Oil company Lukoil, PJSC Rosneft Oil Company, KamAZ Production Association and others.

The cyclone (industrial exhaust device) draws everything inside using centrifugal force and extinguishes what burns. This equipment is used as preliminary purification of the MDB, MDV filtering units.

The conducted tests demonstrated that the configuration of the cyclone CP-2500 provides 100% collection of fire-hazardous solid hot metal droplets.