Russian scientists learned to perform the diagnose by analyzing saliva

Nature endowed the human with an unique protective system, the immunity. It is capable to protect the body from different external and internal effects. However, disorders of the immune system lead to various diseases from allergy and type I diabetes to more dangerous autoimmune diseases, such as multiple sclerosis. Unfortunately, such diseases are diagnosed only when the symptoms are clearly demonstrated. Researchers of Peter the Great St. Petersburg Polytechnic University (SPbPU) within the framework of the Project 5-100 developed a unique method of immune diseases diagnosing before the symptoms appear. 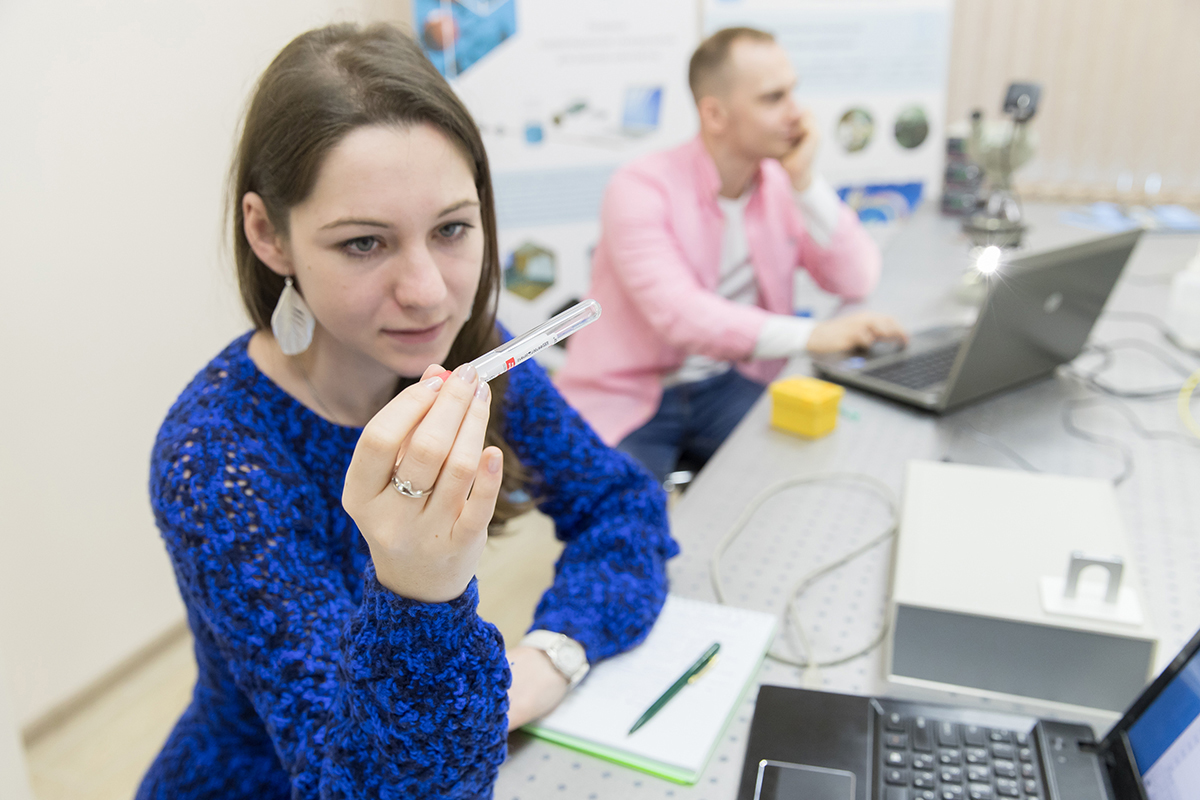 Scientists around the world are engaged in research on the immune response, how the body reacts to the invasion of foreign bacteria, microorganisms and viruses. Scientists of Polytechnics University proposed a laser-correlation spectroscopic technique (also called dynamic light scattering) for studying the immune response in body fluids, for example, in saliva. It is known that saliva contains the same immune proteins as blood. Moreover, it is much easier and cheaper in comparison with blood analysis.

The proposed method is to analyze the scattered light obtained by laser illumination of human’s biological fluid (saliva or blood). The laser beam is focused on the sample. The proteins in the liquid scatter the light, which is registered by the detector. By analyzing the change in the intensity of scattered light in time, it is possible to determine the size of the particles floating in the liquid. The particle size changes during the activation of immunity, the proteins are binding and become larger. In addition, the size composition of biological fluids in different people can vary. It depends on the certain diseases in the organism. Thus, it is possible to determine whether the human body reacts to infections properly and to diagnose the diseases. 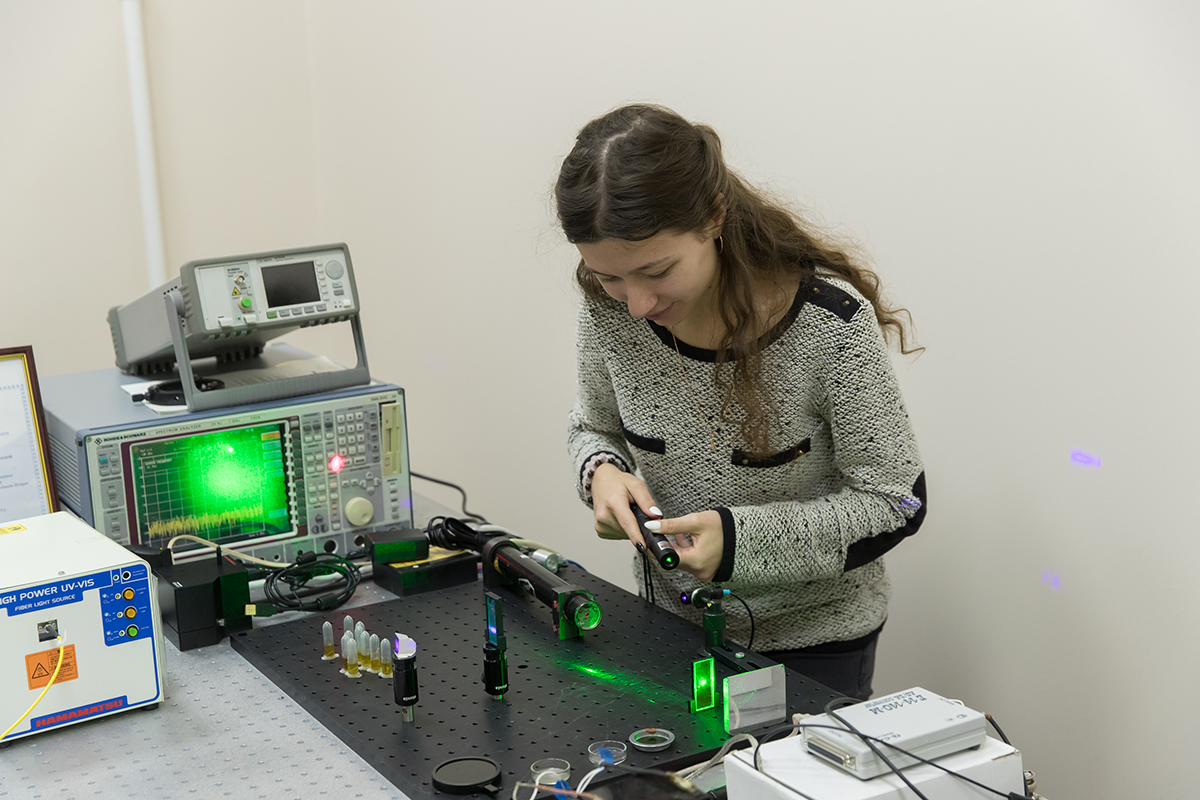 Due to this method, it is also possible to test medical drugs not on a human, but on his biological fluids. This approach becomes purely individual. At the same time, it is impossible to perform the analysis of each person's immunity individually, without unambiguous doctor's testimony, because most of the biochemical methods are complex and expensive.

“We offer a cheap and effective method of diagnosing the diseases without any indication. We need a laser, a receiver and a program for data analysis. In the course of routine clinical examination, saliva can be tested so that the patient can learn more about the disease before the symptoms appear. This method will increase the chances of recovery,” - says Elina Nepomnyashchaya, an engineer of the scientific group at the Institute of Physics, Nanotechnology and Telecommunications SPbPU.

Such studies of the dynamics of the activation of immune proteins using optical methods have not yet been carried out, thus the research remains to be done. The current task is to create a detailed study of the reactions of donors with various pathologies. Scientists of Polytechnic University carry out this research in close cooperation with medical institutions, interested in the implementation of the cheap diagnostic method of immune diseases, primarily autoimmune diseases and diabetes mellitus. 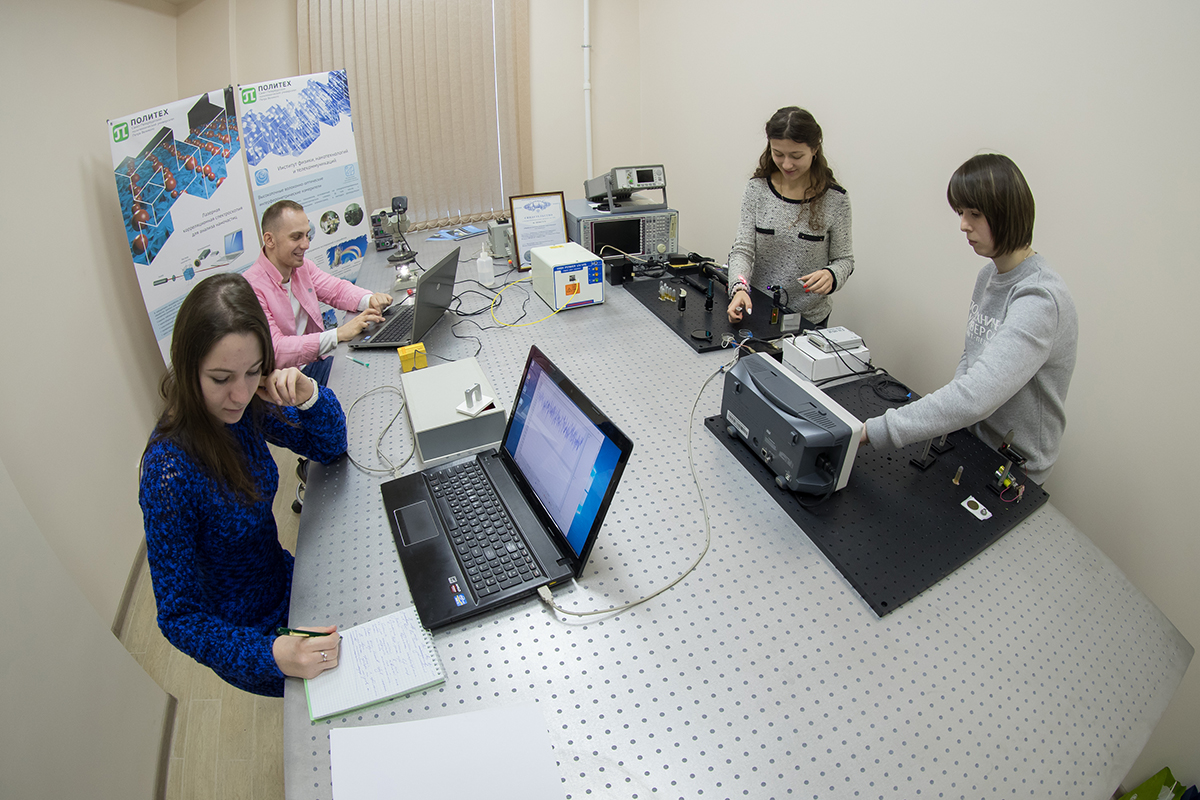 Peter the Great St. Petersburg Polytechnic University is participating in Project 5-100 aimed at improving the competitiveness of the leading universities of the Russian Federation among the world's leading research and education centers. As part of this Academic Excellence Initiative, multidisciplinary scientific research, world class technology and knowledge are created.