The energy of the future lies in the area of the controlled thermonuclear fusion. The scientific group from Peter the Great St.Petersburg Polytechnic University (SPbPU), headed by Professor Vladimir Rozhansky, is directly involved in the establishment of the world's largest experimental thermonuclear reactor ITER. Researchers discovered new effects, which affect the energy flow in the reactor. The theoretical predictions were confirmed by the experiments on two tokamaks. The research results were published in the scientific journal "Plasma Physics and Controlled Fusion". 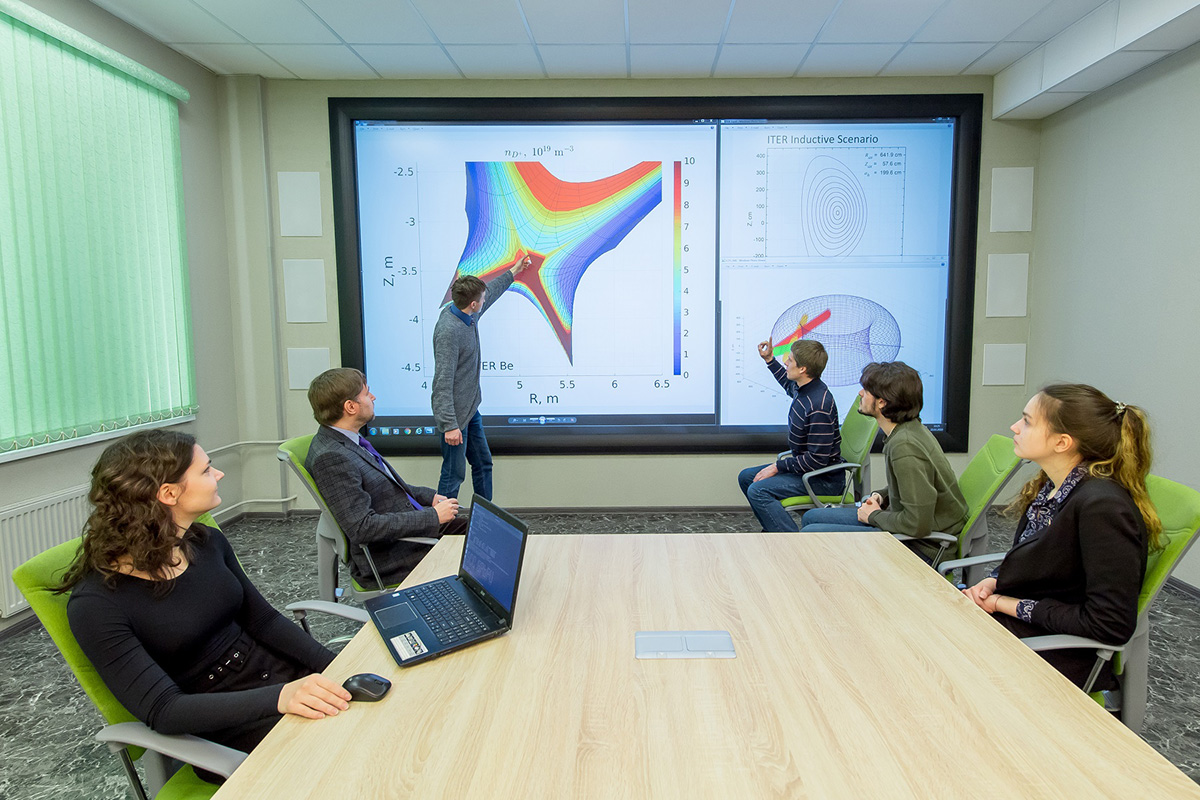 The scientific group of Polytechnic University is engaged in modeling of the edge plasma. The researchers aim to identify how and what types of impurities to enter the reactor, and how the power coming from the central zone to be redistributed, and so on. Scientists of SPbPU developed SOLPS-ITER transport code. Currently it is announced as the official code for calculating the parameters of the edge plasma not only for ITER, but also for all existing installations.

"One of the main issues of thermonuclear fusion is associated with the edge plasma, or rather with the thin scrape-off layer. Understanding how this layer is arranged, knowledge of the physical processes helps to predict the energy flux density on the material surfaces. Generally, it influences the possibility to carry out the controlled thermonuclear fusion, because the reactor divertor plates should withstand huge energy flows ," notes Vladimir Rozhansky, professor at the Higher School of Physics and Engineering at SPbPU.

The researchers investigated the electric currents which flow in the scrape-off layer of the edge plasma. They carried out theoretical calculations, and performed numerical simulations. The calculated data was verified experimentally on two tokamaks. On the tokamak at the Max Planck Institute for Plasma Physics in Germany, and also on the Russian tokamak "Globus-M", which is located at the Ioffe Institute. In the course of studying a new type of current was discovered.

"Due to the simulations and experiments on existing tokamaks, we were able to confirm the theory of the mechanisms of the scrape-off layer formation in the reactor. Experiments on both tokamaks fully confirmed our theoretical calculations. Therefore, we can make predictions and extrapolate these data to the larger object , the ITER reactor," says Professor Rozhansky.

The scientific group is currently working on modeling the world's largest JET tokamak, with plasma parameters close to ITER.