Researchers from Peter the Great St. Petersburg Polytechnic University (SPbPU) in collaboration with colleagues from the Pavlov University, ITMO University, and University of Hamburg compared their developed carriers for delivery of genome editing (GE) tools with other available analogues. The research of current studies were published in the in the journal of Biomaterials.

The international scientific group considers the delivery of genome editing tools to organs and tissues and compared their work with the existing analogs. Genome editing tools allow to edit or modify DNA (in particular, the CRISPR/Cas9 technology uses the principle of "molecular scissors": the complex binds to the required area of the genome, where the Cas9 protein cuts the DNA. The cell tries to close the gap. If we provide the required genetic material at that moment, the cell will turn it into your DNA). 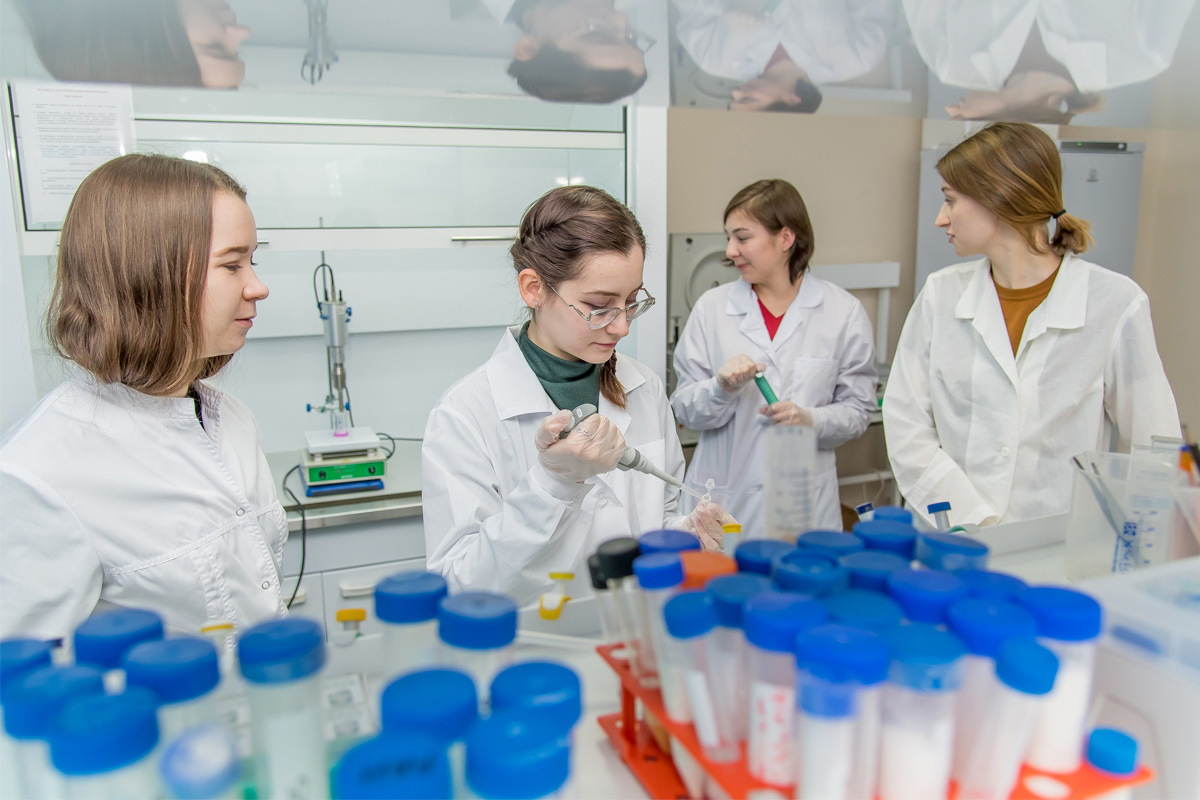 “These scissors should be properly delivered to the cells responsible for disease development. Our research team developed a polymeric carrier with a number of properties, which can be loaded with several types of genetic material. It is very important for genome editing. The carrier delivers the genetic material to organs where cell modifications is required for the treatment. The genetic material is a released into these cells”, - says Alexander TIMIN, head of the Laboratory for microencapsulation and controlled delivery of biologically active compounds at St. Petersburg Polytechnic University.

He added, currently, the gene therapy is actively developing and, in this regard, it is required to apply genome editing tools, which use two RNA and DNA molecules. It should be delivered by single carrier. It is a very urgent task.

In the course of the study, various methods of genetic material delivery were considered and compared with existing analogues (technologies developed by the leading universities in the United States and China). The research team analyzed various parameters: editing efficiency, delivery efficiency, and carrier toxicity. Scientists identified, that their own development has a number of advantages of in some parameters compared to the corresponding counterparts.

“The developed carrier is highly efficient, low toxic and obtains surface modification with various targeting ligands. In addition, the technology is able to protect the genetic material in the body from the premature degradation due to various biological factors, thus preserving all the properties and genetic effects. Currently, the development is at the stage of pre-clinical studies and is being tested on laboratory animals ", - mentioned Igor RADCHENKO, director of the “RASA-Polytech” center.

It should be noted that “RASA-Polytech” center was initially founded by Prof. Gleb B. SUKHORUKOV of QMUL. Now this center is rapidly growing together with new young researchers, who continue to intensively collaborate with Prof. SUKHORUKOV.

As for the technological mechanism, in case of oncological diseases, researchers use microinjections to insert the carriers directly into the tumor, or to inject the carriers into the bloodstream. In order to reach the required organ, the "beacons" were attached to the carriers, These are antibodies, which are able to bind to receptors on the surface of the cells affected by pathogens.

In the future, the researchers plan to conduct an experiment jointly with colleagues from Belgium, to test the developed technology in the case of HIV infection.