No doubt, "Construction of unique buildings and structures" can be called the most creative department in the Institute of Civil Engineering, Polytechnic University. Here they answer to the eternal debate of physicists and lyricists about what is more important - a rigorous scientific approach or a flight of fancy - in their own way. Senior Lecturer of the Department, Sergey Sergeevich Zimin tells a correspondent of the Media Center what is a "six sense" for the engineer and how important is to move away from ready-made solutions. He also explains which buildings are unique in our city and what the difference between them and non-unique structures is. 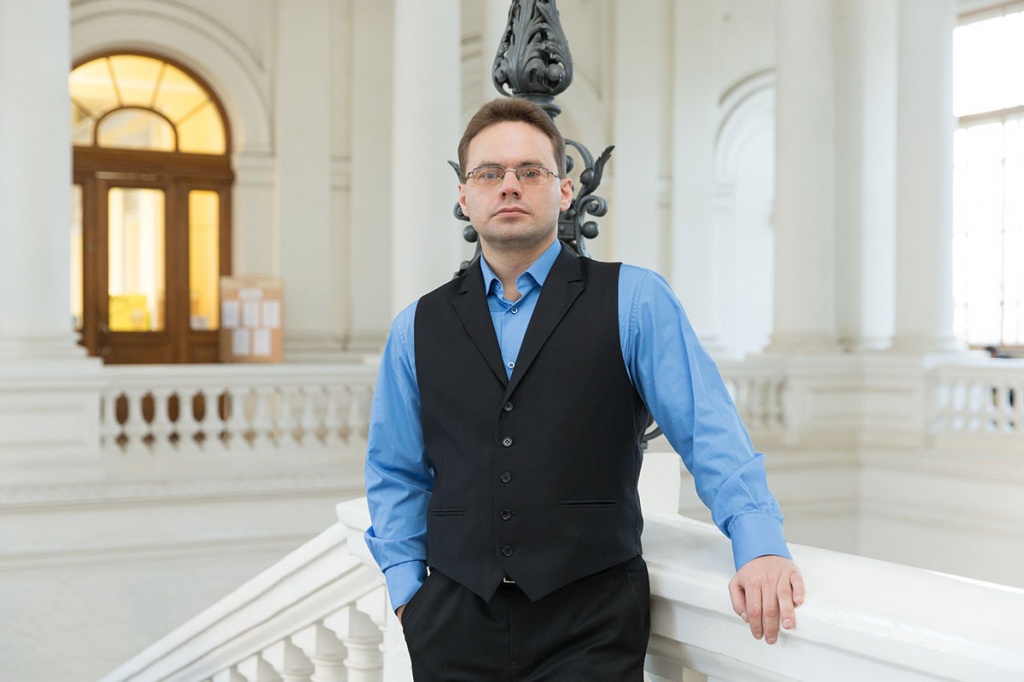 - Sergey Sergeevich, would you, please, explain which buildings and structures can be called unique and what makes them different from non-unique?

- If we approach the issue formally and focus on the guidelines and regulations, by the unique buildings and structures we mean those whose height or span is more than 100 meters, as well as a number of sports, religious and other similar structures.

However, if we stay away from these formalities, I would prefer to talk about the unique design solutions, which have been used, rather than about unique buildings and structures. When designing typical buildings engineers use the solutions that have already been developed and even implemented. It means that an engineer has an analogue, which has to be revised or fitted to a new task in accordance with the requirements of regulatory documents while designing unique buildings and structures requires a non-standard and individual approach. Therefore, an engineer has to work out design solutions at all levels: from development of individual elements to analysis of structural stability. This condition implies that the engineer has more knowledge, experience and ability to overcome the limitations of regulatory documents, which is also a "unique" feature.

- When you say "ability to overcome the limitations of regulatory documents", you mean a creative approach?

- Exactly, it is a creative approach, an ability and desire to bring something special and unique in solving any production problems.

- What knowledge do you need to possess in order to become an engineer of unique buildings and structures?

- A number of fundamental disciplines is a basis of any applied activity. Mechanics is the theoretical basis of engineering. It is the strength of materials, theory of elasticity, structural dynamics and many other things. The language of mechanics is mathematics; primarily mathematical analysis. Then there is a number of specialized disciplines about structures and foundations as well as a number of related subjects, among which material engineering and building physics are of highest importance.

Practical basis of engineering is experience that builds up over time only upon the condition of being involved in continuous engineering activities in projects of various purpose and in development of new non-standard solutions. Eventually, theory and practice become a single, indescribable "sixth sense", gut feeling, which, to my mind, which determines the degree of an engineer’s qualification. 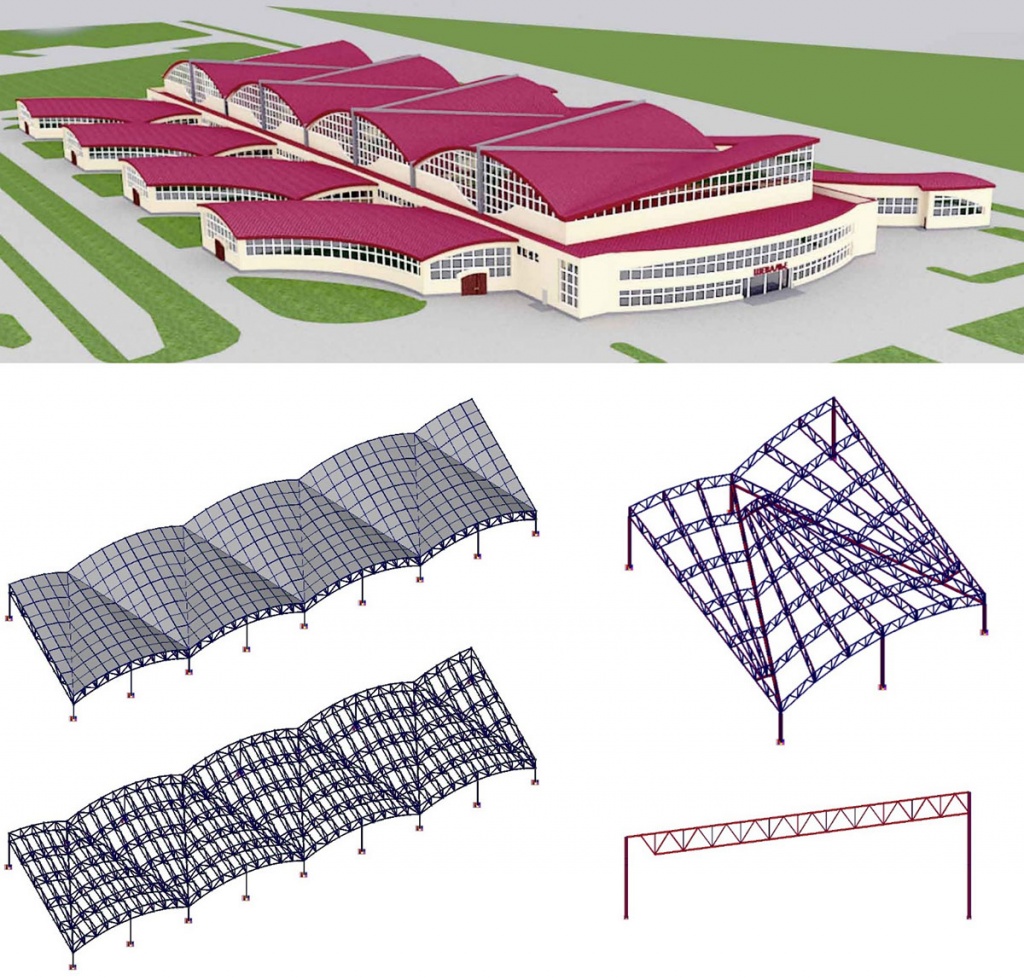 - It is surprising that many of the sciences, which you mentioned, appeared and started developing not so long ago, in the 19-20th centuries. How did the ancient architects do without all this knowledge?

- Up to that time, when science had not reached a certain level of development yet, the main method was empirical, considering the experience which was gradually gained. Many decisions that were made because of intuition later got theoretical explanations. For example, in the past many masters could not explain, let’s say, the mechanics of structural operation, but sensed it by intuition. But when intuition did not work, collapses happened. For example, during the Middle Ages such incidents were explained as something mystical and religious. However, later it became food for thought; people carefully analyzed and worked over poor solutions

- Such structures as large-span stadiums and skyscrapers, which belong to the category of unique, look quite young in the context of the architecture history. Which buildings are considered to be unique with hindsight of centuries and even millenniums?

- I would say all the buildings that were constructed using unusual solutions by the standards of their time. The unique ancient engineering structures may be noted such as aqueducts (water lines) and hypocausts (central heating system of public buildings in Ancient Rome, a kind of prototype of modern under floor heating systems). When it comes to the next periods, the buildings and structures with large spans and heights were considered unique. First of all, these are masterpieces of Gothic architecture which have minimum thickness of structural elements and their accentualization, vaulted and domed structures of the Renaissance, such as St. Peter's Basilica in Rome and St. Paul's Cathedral in London. In St. Petersburg we can also see examples of unique buildings. They are the world-famous buildings of the classical period - Saint Isaac's Cathedral and Kazan Cathedral.

The works of masters of the 19th century are also remarkable. They were built from new and then still unexplored materials, like iron, steel, concrete and reinforced concrete. There were also buildings and structures with a new functional purpose, such as exhibition halls, railway stations, factories and so on. It should be noted that new architectural solutions have always been evolving in parallel with the development of mechanics and mathematics.

- It is believed that engineers seemed to build better in the past because many architectural monuments, including unique structures, have survived more than a century. What do you think about it?

- It is a myth. In fact, we judge the buildings and structures of the past by the surviving monuments that have undergone many renovations. But we do not see a significant part of the buildings and structures that have sunk into oblivion. By the way, the well-known leaning Tower of Pisa is just one of the successful examples of embodiment of a failed design solution, in this case, foundations: uneven soil settlement of the foundation led to inclination of the tower...

- If the eternal debate of physicists and lyricists was projected onto your activity what will win - a fundamental scientific approach or a flight of fancy?

- As I said, while designing structures with innovative solutions it is important to be creative. Departure from the standard leads to multi-variant design solutions. My personal experience shows that eventually a variant which is full of harmony wins. It is difficult to say why it happens like this. Probably, "the seventh sense", the sense of beauty - overpowers. A harmoniously built structure cannot fail and, conversely, a complex structure full of inharmonious solutions behaves in a complicated way. Something similar happens when you inspect the existing non-standard designs - the "eighth feeling" comes forth - interest (Smiling.).

Therefore, in order to become an engineer of unique building structures it is preferable to spend your time, spare from studying the exact sciences, visiting museums and theaters, and thus develop your sense of beauty and your senses in general.