A Discussion about Breakthrough Technologies of the 21st Century at SPbPU

On 18th-19th May the third international conference “Breakthrough Technologies of the 21st Century and their Transformative Power on the Existing Industrial Structure and Socioeconomic Realm” took place at Peter the Great St. Petersburg Polytechnic University. 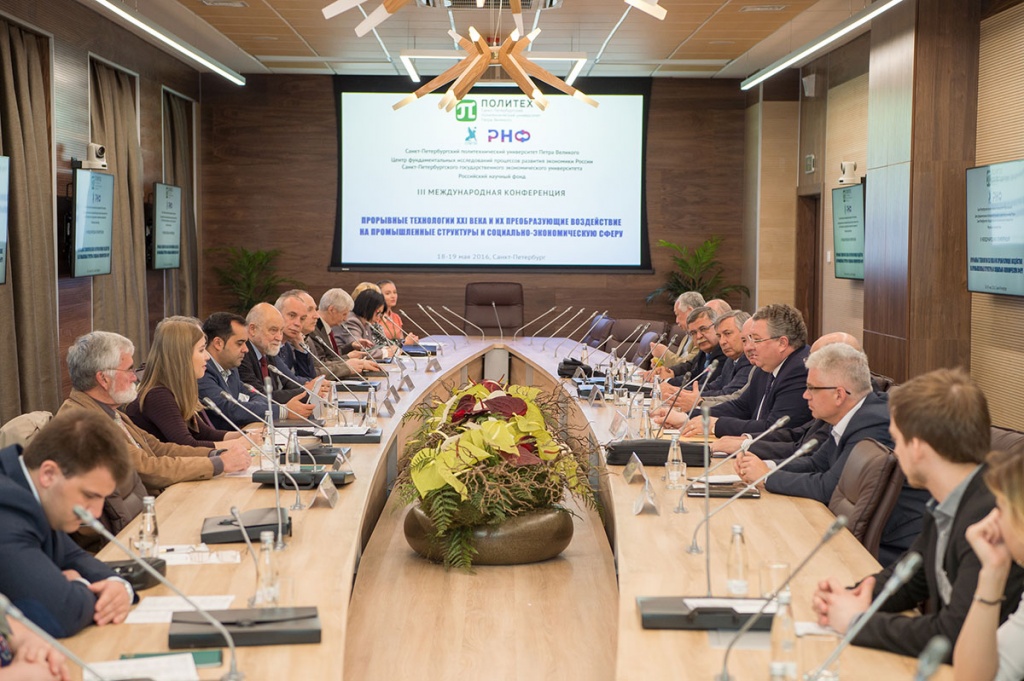 Besides SPbPU, the organizers of the conference were the Center for Fundamental Research into the Development of Russian Economy, Saint-Petersburg State University of Economics, and Russian Science Foundation. 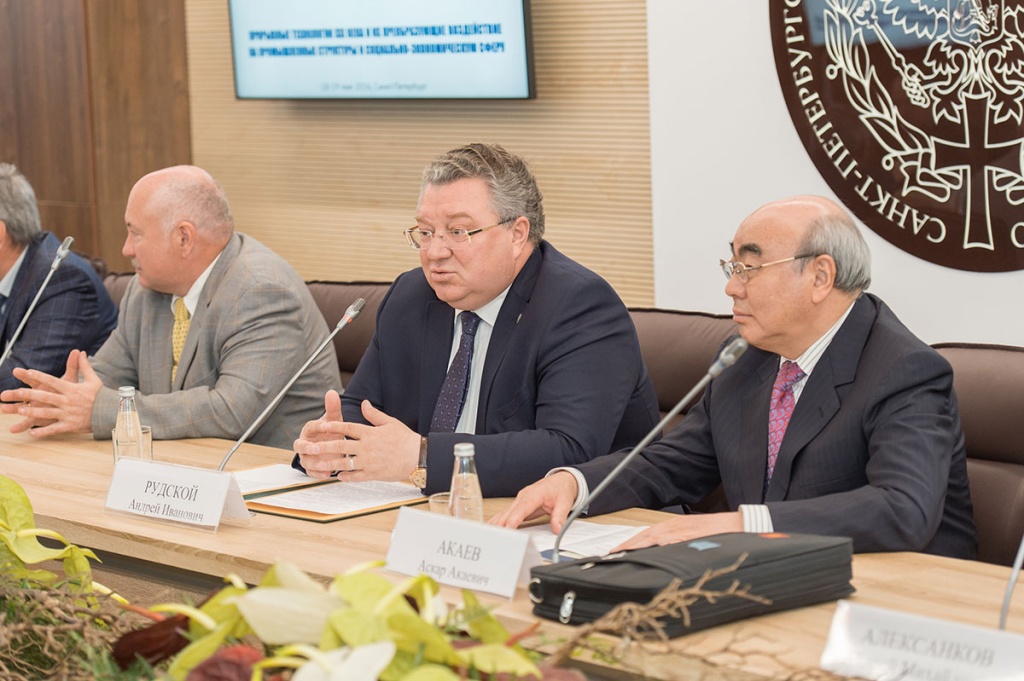 The conference was opened by A.I. Rudskoy, Rector of SPbPU, Corresponding Member of the Russian Academy of Sciences. In his welcome speech the Rector claimed that he was especially happy to see his foreign colleagues who had joined the discussion that time. “During the previous conferences we considered the issues of the synergy effect produced by the convergence of new technologies, technological revolution and large-scale technological modernization of enterprises, Russia's position in the world economy, and, of course, the philosophical questions regarding the new technological revolution, population ageing, and the sixth Kondratiev wave”, said the Rector. – The previous conferences were a great success, which is why we are going to continue holding them”. 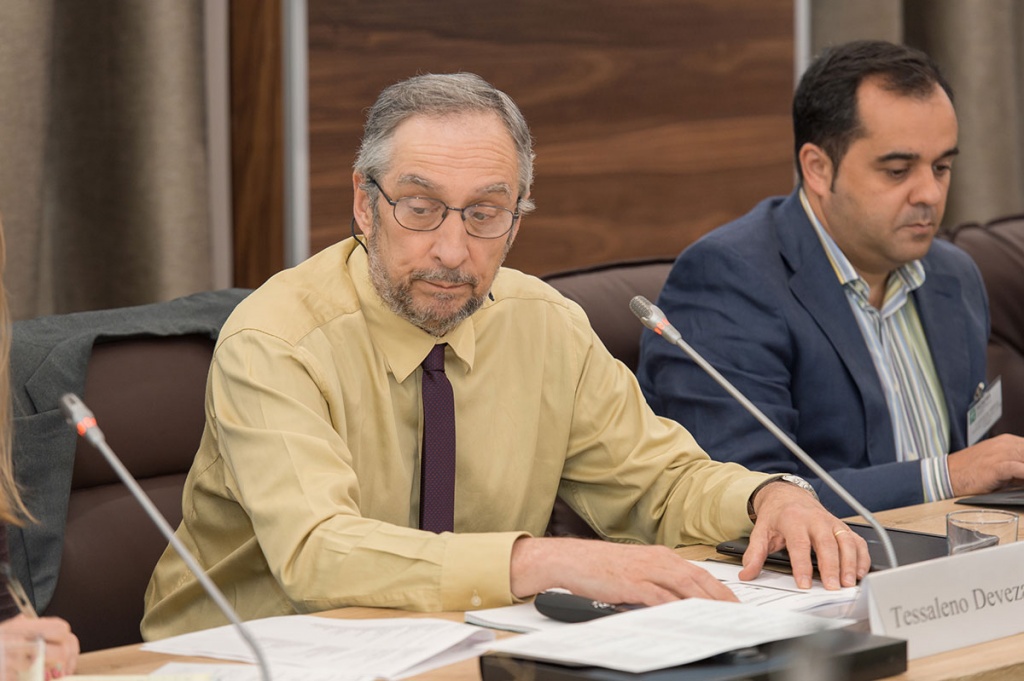 Professor T. Devezas from the University of Beira Interior, Portugal, was the first to present a report called “Global Dynamics of Materials Consumption: Empirical Research”. He explained that his work, the results of which were covered in the report, had been implemented together with Professor Christopher L. Maggy from Massachusetts Institute of Technology, the USA, and Professor A.M. Vaz from the University of Beira Interior, Portugal. The empirical and theoretical approaches to studying dematerialization were described in the report. “When I speak about dematerialization, I mean that the consumption level is lower than the population growth, that is per capita consumption of these 51 materials, that we have been researching, is falling”, said Professor T. Devezas. The research was aimed at finding an answer to the question, whether it is possible to keep economic growth in the world and at the same time to reduce the amount of materials and resources that help to maintain today’s level of economy. The main conclusion of the given research is that dematerialization is possible in the near future, and in the next 20 years the humanity will be able to achieve sustainable growth and reduce consumption of materials. 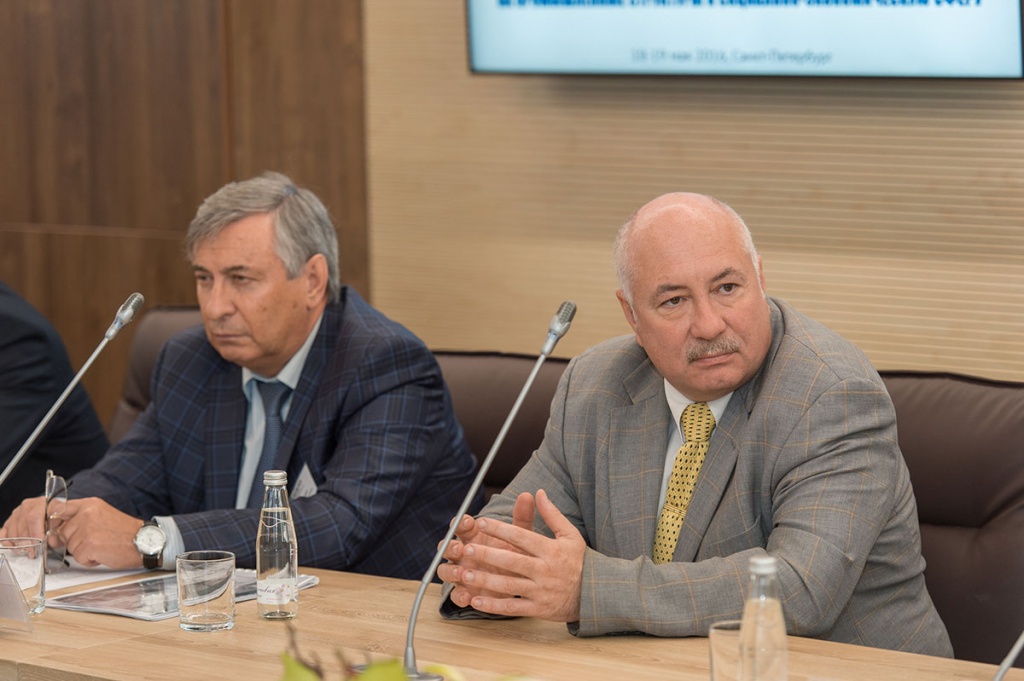 Before Professor A.A. Popovich, Director of the Institute of Metallurgy, Mechanical Engineering and Transport (IMMET) presented his report called “Additive Technologies as the Basis for Individual Digital Production”, A.A. Akaev, Co-Cahirperson of the conference (Chief Researcher at the Institute of Complex Systems Mathematical Research, Lomonosov Moscow State University, foreign member of the Russian academy of Sciences) emphasized the relevance of this topic, «We are about to listen to a most interesting report, as additive technologies are now becoming a base technology for the new, so called “sixth technological revolution” ».

“In his report Professor Devezas touched upon a problem which is really urgent nowadays, the problem of consumption. You have paid attention to the data connected with the dynamics of materials consumption: for instance, starting from 2000 there was a surge in metal consumption, and 2015 marked the beginning of a certain balance. This is related to the awareness that direct materials consumption is a dead end road. Human history has shown many times that such consumption dynamics leads to wars and revolutions, that is fighting for markets. My report is connected with such additive technologies that will enable radical changes in the consumption of material resources, and metal in particular”, explained A.A. Popovich. The scientist also spoke about the market share and forecast of the additive technologies market development, their peculiarities, as well as the competencies of the Polytechnic University in this sphere and joint projects involving additive technologies implemented with such partners as All-Russian Scientific-Research Institute of Aviation Materials, JSC Klimov, OAO S.P. Korolev Rocket and Space Corporation Energia, etc. 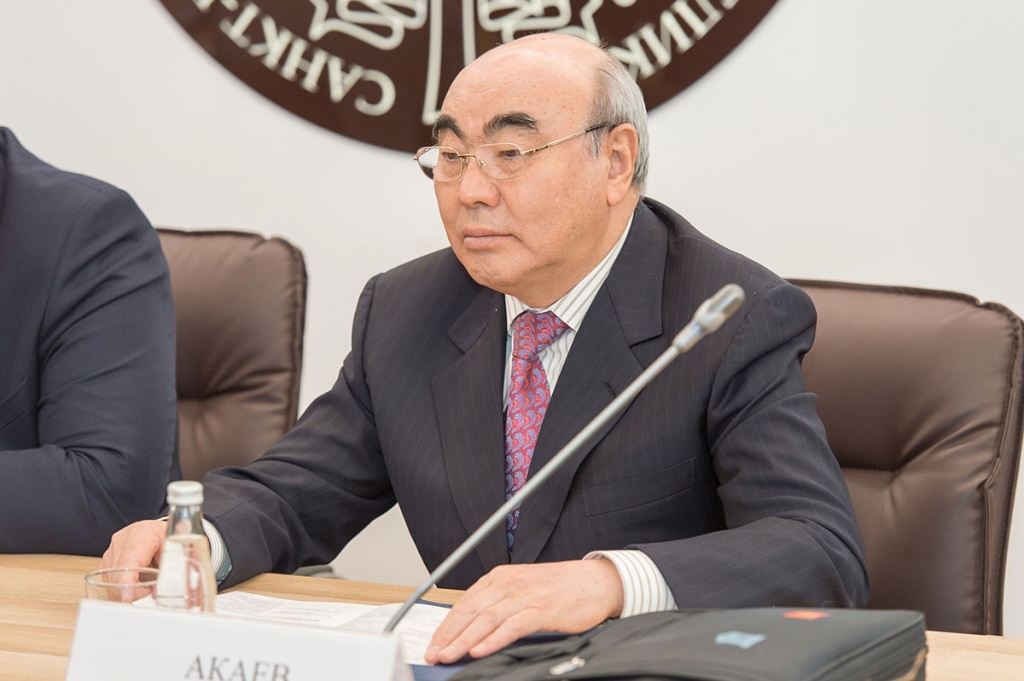 Having presented Kondratiev's economic cycle theory (an outstanding economist of the 20th century), the next speaker, A.A. Akaev, proved that information and communication technologies are bound to become a key factor of technical progress and economic growth in the period up to 2030.

O.V. Tolochko, Director of the Science and Technology Center “Materials and Technologies”, SPbPU, brought up an issue of current interest in his report called “Metal-Carbon Composite Materials on the Basis of Copper and Aluminum”. The report “Private Cosmonautics and its Role in Space Explorations” (the authors are A.B. Zheleznyakov, Advisor of the Director, Chief Structural Engineer of the Research Institute of Robotics and Engineering Cybernetics, and V.V. Korablyov, Professor of SPbPU) was presented to the public for the first time. Professor D.G. Arseniev (Vice-Rector for International Relations of SPbPU) and A.M. Aleksankov (Director of the Institute of International Educational Programs) presented a report called “Training Staff for International Cooperation and Enhancing the Quality Management System of Universities”. 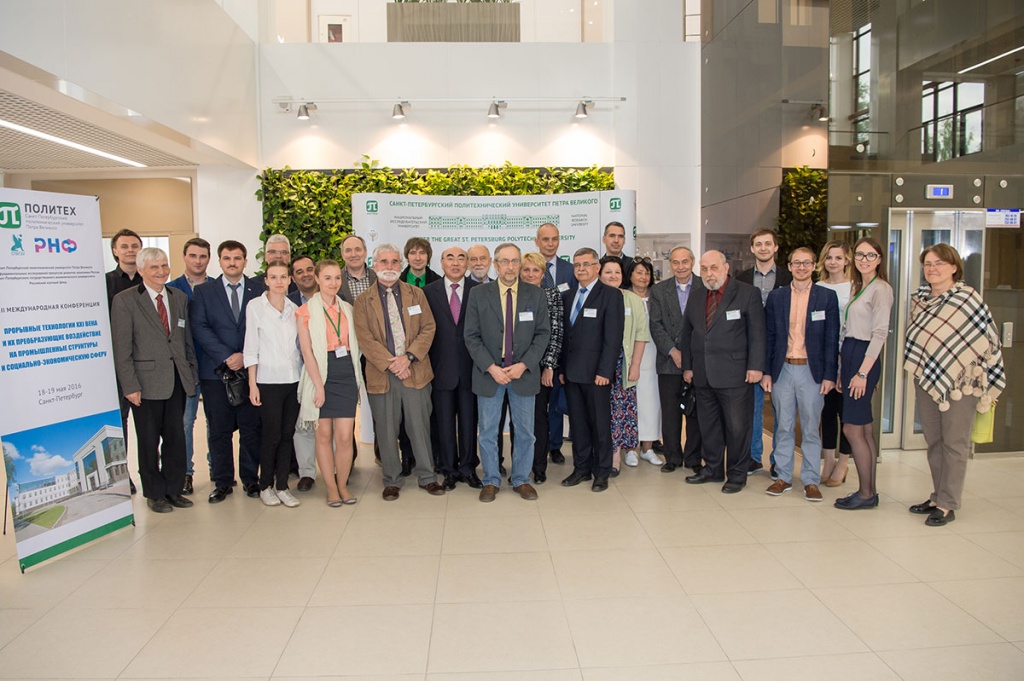 The reports of other speakers at the conference were devoted to such issues as supplying future generations with energy resources (ITER), social mechanisms of entrepreneurship, logistic processes in a Smart City, the influence of research and development activities on the formation of new industry, etc. All in all, there were 12 reports. Some of them triggered discussions. In the nearest future some of the reports are to be published in full or in abridged form at www.science.spbspu.ru website.