SPbPU participates in one of the major scientific conferences this year 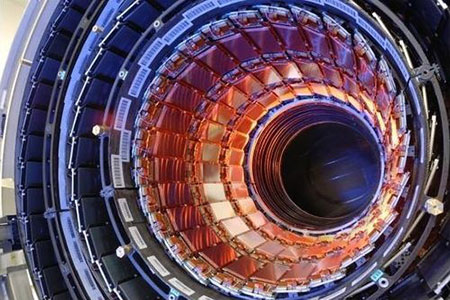 It is no coincidence that the largest event for world's physics development takes place in our country and city. Russian scientists’ contribution to elementary particle physics can hardly be overestimated. CERN (the largest laboratory of high energy physics) employs 10 thousand people from 80 countries and almost 800 of them are Russian scientists and engineers, whose contribution to the development of the Large Hadron Collider (LHC) was and still is very significant. Moreover, at the Third Annual Large Hadron Collider Physics Conference during the press-conference CERN deputy director Sergio Bertolucci stated that “Ideas, equipment and innovations, which were brought by the Russians, are unrivalled.”

In total, the conference involves 350 leading experts in the field of fundamental physics and physics of elementary particles and nuclei. The experts come from 35 countries: Russia, USA, Great Britain, Germany, France, Spain, Italy, Switzerland, Japan and etc. Among the participants are co-authors of the modern scientific breakthrough –Higgs boson discovery, the leaders of the experiments at the LHC and the heads of world's and Russian leading high energy physics centers.

During the conference scientists plan to discuss recent experimental and theoretical results of LHC physics and prospects up to 2030.Furthermore,their plan is to summarize the results of the research on LHC. Despite a two-year break for renovations and improvements of the collider, this spring it was restarted and reached its full power of 13 TeV. Besides, they are going to have a discussion on Physics of the Standard Model and beyond, new particles and new interactions, and other advanced topics in modern physics.

Victor Kim, professor of the Polytechnic University,who is also the Deputy head of high energy physics PNPI KI, has become the scientific secretary at the conference. Alexei Alekseevich Vorobyov, a graduate of the Leningrad Polytechnic Institute (1955), the corresponding member of RAS, the head in the Department of High Energy Physics (St. Petersburg Nuclear Physics Institute (PNPI)), head of St. Petersburg Nuclear Physics Institute PNPI "Kurchatov Institute" in the CMS and LHCb collaborations. Professor Vorobyov participated in the research on advanced accelerators of nuclear centers in our country and abroad, the research on the creation of experimental plants for the LHC at CERN.The discovery of the Higgs Boson and other outstanding results were achieved during these experiments. Furthermore, 20 members of the Department of High Energy Physics(PNPI) are collaborators to this discovery. «This conference is a very important event in the world science, and the LHC is a huge project at all scales, its results are amazing; the collider is the greatest intellectual achievement of all physicists in the world” –comments Vorobyev.

Brought to you by SPbPU Media Center