Software engineering is one of the promising and incredibly fast developing spheres of science challenging numerous scientists in the world. The Polytechnic University keeps up-to-date, that is why with the development of computer science, it changes the titles of its divisions involved in research in this sphere: the advent of computer technologies marked the creation of the Faculty of Technical Cybernetics; later a special emphasis was put on information technologies and management; and, as a result, we are witnessing the active development of the Institute of Computer Science and Technology. Owing to being up-to-the-minute in the field of software engineering, SPbPU can hold international research and training conferences. One of such conferences, namely the III International Conference "Tools and and Methods of Program Analysis" - TMPA 2015, was opened on 12th November at Peter the Great Saint-Petersburg Polytechnic University. 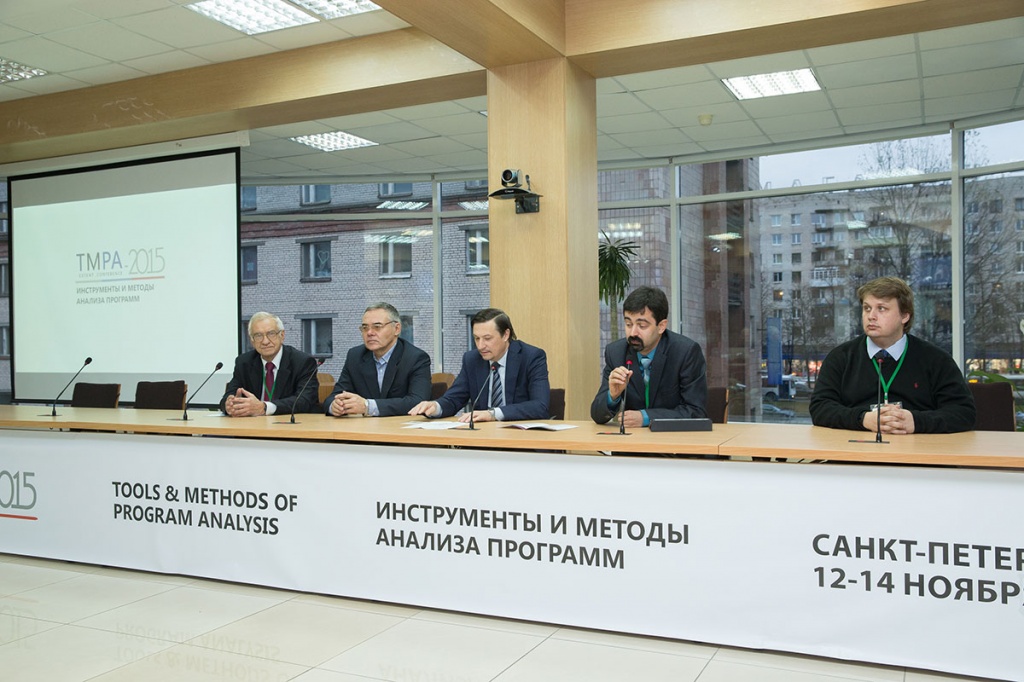 The conference, which is to last until 14th November, is devoted to one of the most important and challenging fields of software engineering, i.e. analysis of the software quality. One of the main goals of this event are the development of software industry and introduction of innovative technologies in the sphere of testing, analysis and verification. 21 reports were accepted form the representatives of three institute of the Russian Academy of Sciences and roughly a dozen of universities from different Russian cities: Saint-Petersburg, Moscow, Novosibirsk, Yaroslavl, Samara and Novgorod. Among the key invited speakers were Nicolas Guelfi, Professor of the University of Luxembourg, and Bertrand Meyer, Professor of Swiss Federal Institute of Technology Zurich. 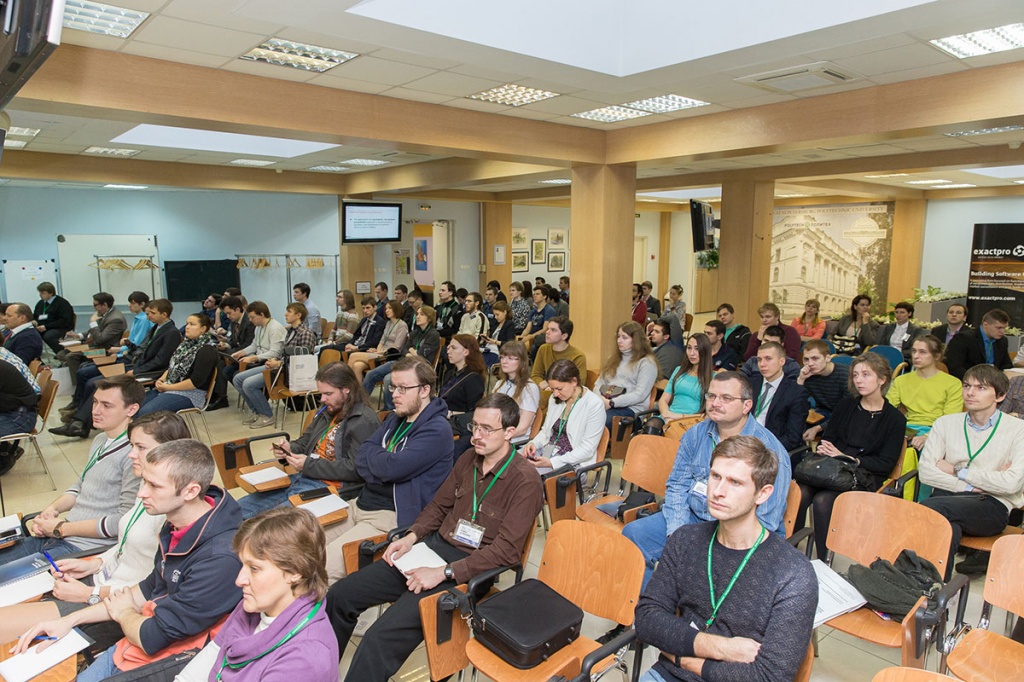 D.G. Arsenyev, Vice-Rector for International Relations, welcomed the participants of the conference emphasizing the international character of the event.

V.S. Zaborovsky, Director of the Insitutte of Computer Science and Technology of SPbPU, presented the Supercomputer Center of the Polytechnic University, which is absolutely unique in terms of technology. Based on new principles of work, it unites the four computational structures possible today, i.e. hybrid cluster, common content-addressable memory system, configurable computational structures and cloud services. All these systems interact solving complex engineering problems. "Currently, there is no unified approach to creating and managing efficient and, what is more, safe software for such supercomputer systems. Consequently, it is important to conduct research at our Universuty that could lay foundations for such a computational basis of engineering sciences in the XXI century", said V.S. Zaborovsky.

During the conference the events, aimed at discussing various aspects of software engineering, included plenary reports, short series of lectures by experts, reports by the participants and presentations of newly opened projects. The conference was the first to house a seminar devoted to real time operating systems named "OS Day" that had been organized by the Institute for System Programming of the Russian Academy of Sciences.

"This conference at the Polytechnic University is of high importance, as up to now there have been practically no scientific conferences in the sphere of software engineering at the University. Therefore, I am sure that this significant event will contribute to the growth of educational and research activities of our University", said V.M. Itsykson, Director of the Telecommunications Center of SPbPU and one of the organizers of TMPA-2015.