Last week a strategic planning session called “Development Strategy of the Structural Divisions of SPbPU” was held in the Resource Center of SPbPU. This event is another stage of assessing the efficiency of the changes that had been taking place during implementation of the Russian Academic Excellence Project 5-100 http://5top100.ru 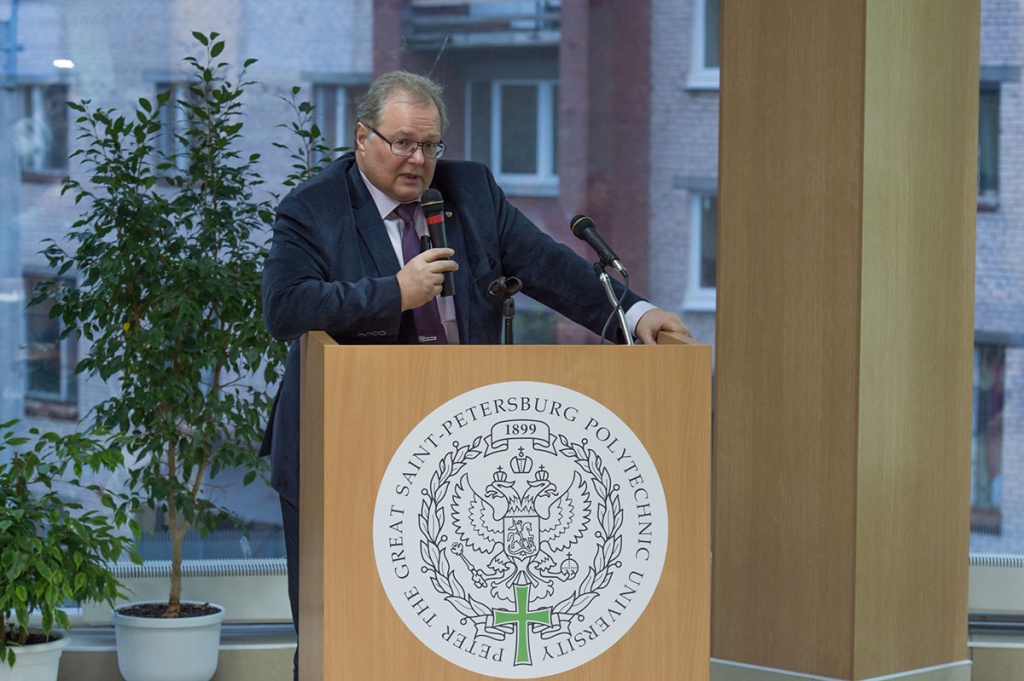 Opening the event, the Vice-Rector for Prospective Projects, Manager of Program 5-100-2020 A.I. Borovkov stated that this session was again a platform for discussing the changes that either had taken place in the context of the Road Map of Program “5-100-2020” or were planned for the future. “The main feature of this session is that today not only the executives of the university are participating in it, but also the representatives of those key structural divisions of the university who initiate changes, implement them and have a vision about how these processes should look in future,” said Alexei Ivanovich. 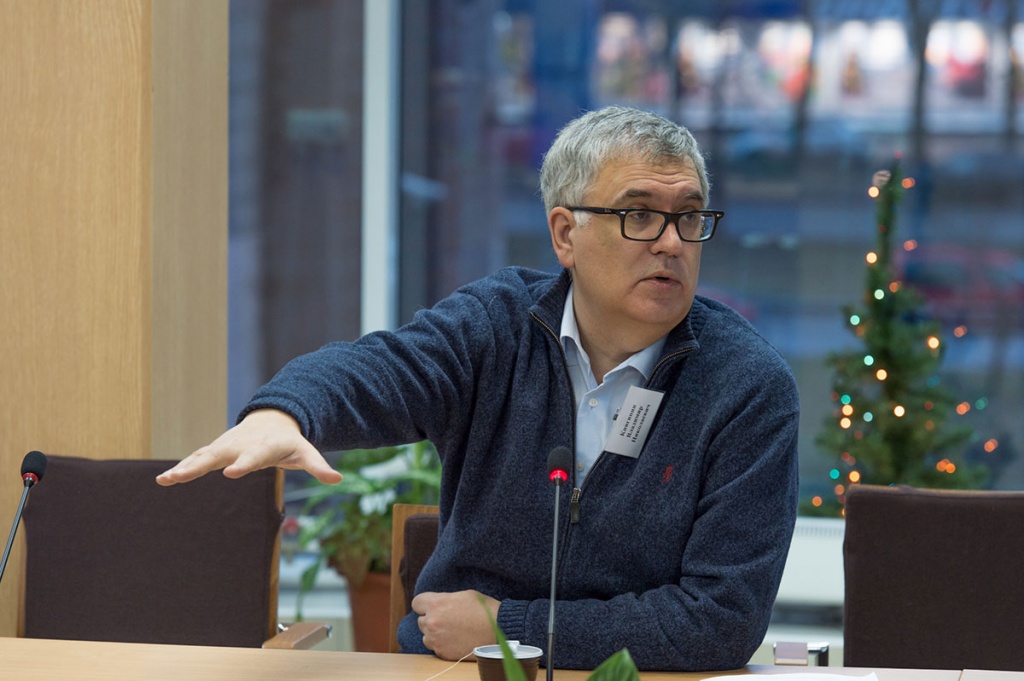 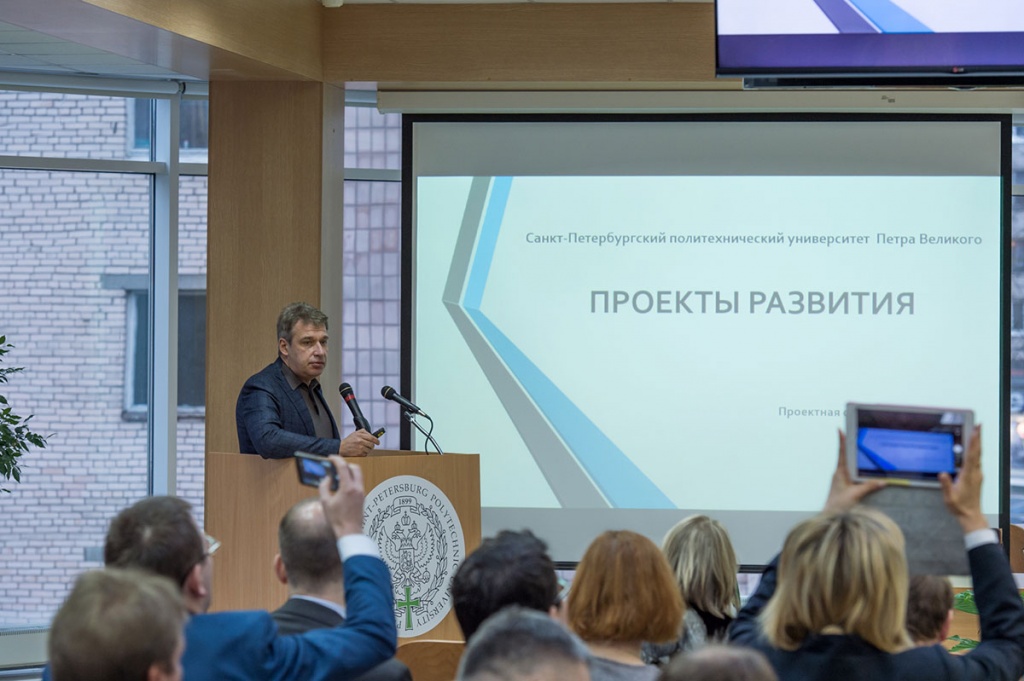 First, Vladimir Nikolaevich talked about some important issues about how Program 5-100 had been developing on the whole and compared it to a similar program which had been implemented in Germany over the past 14 years. Having mentioned that the internal structure of the member universities had already been changed, and now the changes must be strengthened and sustainable promotion of the leaders must be ensured, the expert said: “Special attention is paid to those 15 universities that has been participating in the Program since it started. At the new stage of the Program they need to select the most promising and viable projects out of those that have already been on the run. Not schemes, not ideas, not “our dreams and expectations”, but the most successful projects which are thought to be the main leaders in the development of the university up until the year 2020. 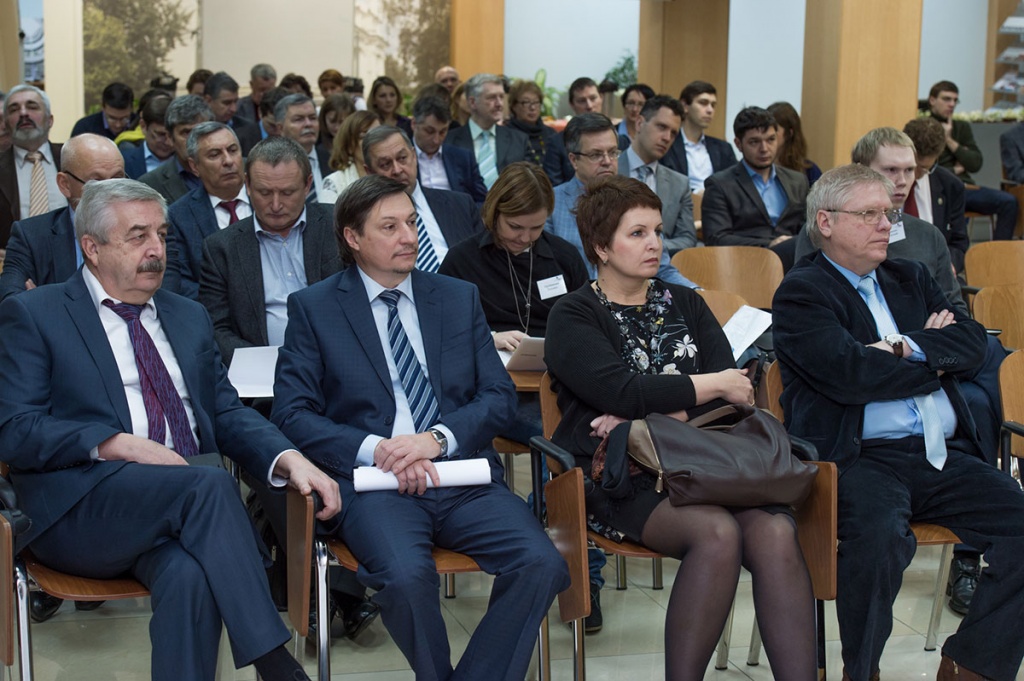 In addition, according to the expert there are three important criteria that these projects should meet. First, their importance must embrace not just one university, but instead they must influence the entire sector of higher education in Russia and all its constituents: academic activities, research and development, innovations and entrepreneurship. Second, the projects must be viable, have a considerable impact on other structural divisions of the university, be a certain driver for development of the university. Third, the leading projects must be able to be independent players outside the university itself, it is desirable that they should be leaders.

The strategic session was aimed at outlining the strategies of the University’s projects, which would correspond to the requirements given by the expert. At this, it is very important to understand that the projects must see their development already at the university in the context of the priority areas of development. No doubt, they should consider the achievements and outcomes of the previous development programs. 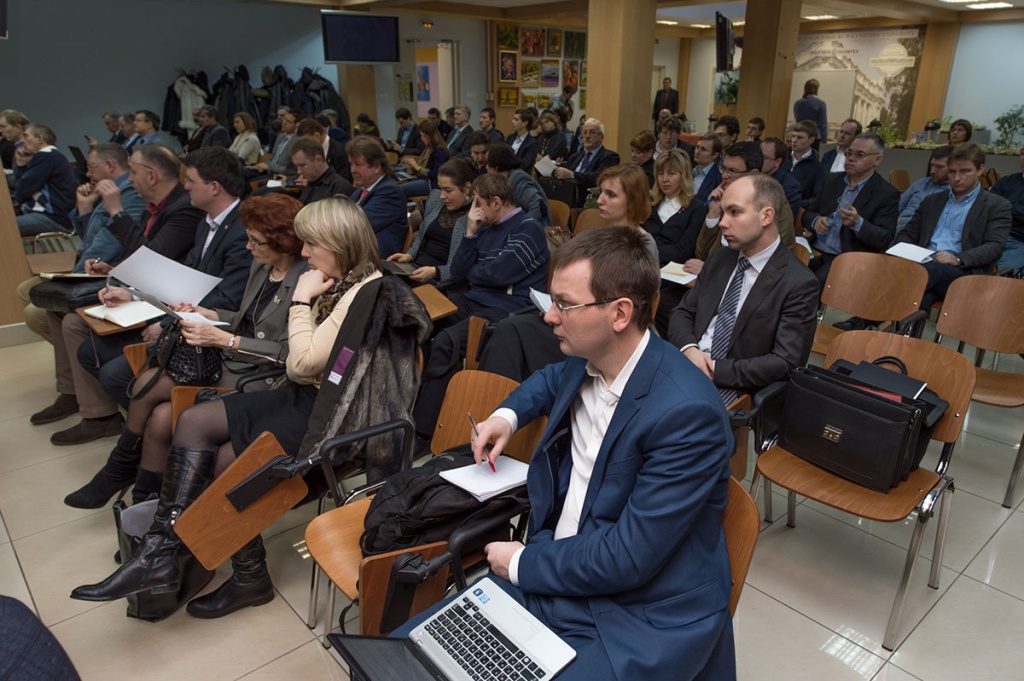 Hence, in his first report at the strategic session, A. I. Borovkov reminded the audience about the development programs that were implemented by the university in 2007-2015, about the goals and objectives of these programs, their main results and about how the strategic objectives of the university were corrected during implementation of the Innovative Educational Program (years 2007-2008), the Development Program of the University as a National Research University (years 2007-2019). He spoke about the program of academic excellence of Russia’s leading universities (Program “5-100”, years 2013-2020), how they are interrelated with the infrastructural projects that are carried out in the Polytechnic University (Scientific Research Complex, Supercomputer Center) and what is the position of the Institute of Advanced Production Technologies, which has been set up this year, in the implementation of the National Technology Initiative in the field of TechNet.

The report of the Assistant Rector, A.I. Gordeev was dedicated to the future area of the university’s development and relied on the outcomes of the Strategic Initiative “Institutes are Drivers of Changes” of the Road Map of the second stage of Project “5-100-2020”.

During the strategic session the participants had to evaluate the impact of the changes which have taken place in our university since 2007 on the projects being discussed. Altogether seven projects were presented: Institute of Advance Production Technologies, International Graduate Polytechnic School, New Model of Economic Engineering Education, Outer Space and Telecommunication Technologies, New Materials and Additive Technologies, Hybrid Supercomputer Platform of System Engineering, Big Data Processing and Modeling Process Visualizing, Project of Green Energy of the Polytechnic University.

The second day of the strategic session was about evaluating budget and off-budget resources needed to carry out the above projects, the necessary organizational changes and about formulating the key assessment indicators of the implemented projects.

The strategic session is considered to be one of the stages to prepare the Road Map of Project “5-100-2020” of the Polytechnic University of the third stage for defense. The updated projects will be presented at the Academic Council meeting of the university in February 2016.