The business-incubator “Polytechnical” of Peter the Great Saint-Petersburg Polytechnic University presented the innovative research project at the interactive exhibition of scientific technologies TechTrends Expo. The event took place on 28-29 March, 2015, and was devoted to the most popular and quickly developing directions of science and technology such as “The Internet of Things”, 3D-scanning and 3D-printing, virtual and augmented reality.

Within the 3D-section, SPbPU presented the start-up project LeninCraft and the joint project with the company “Lenpolygraphmach” Solo print. The LeninCraft team specializes in the high-precision three-dimensional scanning. This technology is applied to create 3D-expositions for Russian museums and an interactive demonstration of products in online-shops. Solo print is the first Russian virtual 3D-printer. At first, its design was carried out in the student’s laboratory of Saint Petersburg Polytechnic University, but now it has already come to the industrial level. Alexander Sosnovskih, the founder of the LeninCraft Сompany and the graduate of the Institute of Metallurgy, Mechanical Engineering and Transport, SpbPU became the moderator and the speaker of the round table devoted to the problems and prospects for further development in the sphere of 3D-scanning and 3D-printing. The discussion concerned the future of domestic and industrial 3D-printing and its business, and also the development strategy of this branch. Alexander presented the cooperation program between the LeninCraft and cultural centers and museums to create 3D-expositions. According to the designer, such scaling of the technology will allow millions of Russian people from every part of the country to get acquainted with the museum units regardless of their condition. 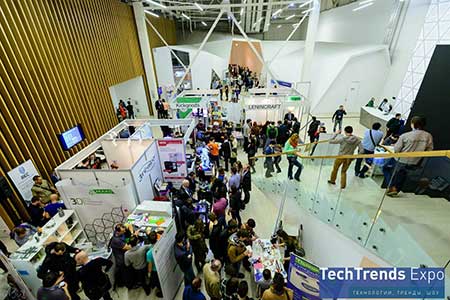 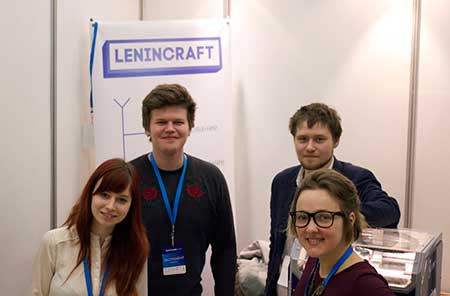 The report of the “Lenpolygraphmach” Holding Company employee Dmitry Davidovich, who submitted the Solo print project (the joint research project of the “LPM-mechanics” Company and SPbPU), was also very impressive. Dmitry presented the first model of the domestic printer released by the Holding company and announced the second version of the device. Today, the first output of the 3D-printer possesses the lowest cost among models of this category and it is remarkable for the highest quality of the assembly and details used.

It should be noted that this research project of Saint Petersburg Polytechnic University will be presented among other modern technologies at the “Petersburg Session” of the exhibition-conference TechTrends Expo, which will take place on 4-5 April, at Holiday Inn Hotel (the metro station “Moskovskiye Vorota.)