To convert heat into electricity: scientists developed an efficient generator

Researchers from Peter the Great St. Petersburg Polytechnic University (SPbPU) in collaboration with an industrial partner elaborated thermoelectric generator of new generation, which is ten times more efficient than its analogues currently available on the market. The final product will be implemented by an industrial partner at the end of 2021. The project is conducted within the framework of the program World class research center «Advanced digital technologies» of SPbPU. 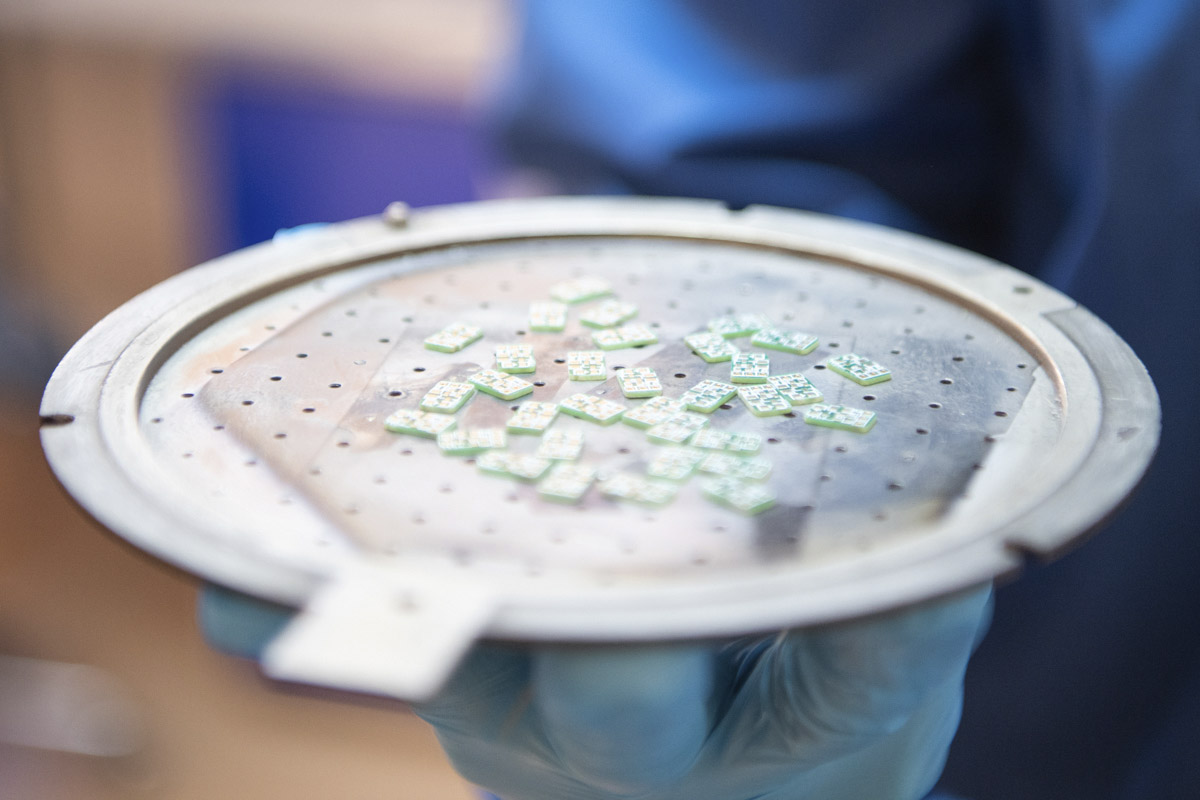 A thermoelectric generator is a device which converts thermal energy into electrical. This topic is crucial, especially due to the global decarbonisation trend. Scientists of SPbPU developed a concept of the generator based on a complex carbon nanostructure. In the heating process, the quantum electrodynamic processes occur, which trigger thermoelectric generation.

"We heat the structure which is created in a certain way and has a complex stoichiometry. Due to heating, interaction of electronic subsystem and structural lattice is launched. As a result, carbon nanostructure created by us begins to generate electrons. As a result of such a quantum-physical interaction under thermal exposure, the electric current appears, «notes Olga Kvashenkina, Director of the Scientific and Technical Center «Neuroprediction of Materials and Technologies of the Electronic Industry» (World class research center «Advanced digital technologies» of SPbPU).

The research team completed theoretical studies devoted to efficiency of device. Scientists created a digital model and conducted digital tests, which significantly reduced the time of technology development. Then the simulation results were verified in the course of experiments carried out using atomic force microscopes, various types of spectrometers and a set of research equipment established specifically for this development. Currently the project is at the stage of hardware prototype. The device has a small size (5×2 millimeters, 1 millimeter in height).

The use of thermoelectric generator is crucial not only for domestic use, but also for the industry. For example, a device is placed on the surface of the turbine engine heated up to 1500 degrees, and this heat, turning into electrical energy, is transferred to sensors designed to monitor the state of this engine, mentioned Olga Kvashenkina. The expert added: As for domestic use, now we are working to ensure that our development can charge the devices with low energy consumption such as electronic clocks, watering systems for indoor plants and similar devices. In future, we will strive to establish the portable thermoelectric chargers for mobile phones. According to scientists, the heat from the central heating system will be enough to generate the sufficient current to charge household appliances. It is assumed that a thermoelectric generator should be installed near the heating system, and the obtained electricity will be transferred to the electrical wiring and charge small devices. Due to its small sizes, the device can be portable. One of the key points is the safety of this system for both the user and the electronic equipment connected to this device.

The system is designed for operation at very high temperatures, since the created carbon nanostructure is extremely heat-resistant. This is an undoubted advantage for the use of the device in industry. Moreover, the refractory body for the device can be developed for the industrial application if required. For domestic use, the temperature of the room heating system will be sufficient for the device to generate electricity, no special requirements for materials of the device’s body will be needed, therefore, the device can be made financially affordable for ordinary consumers.