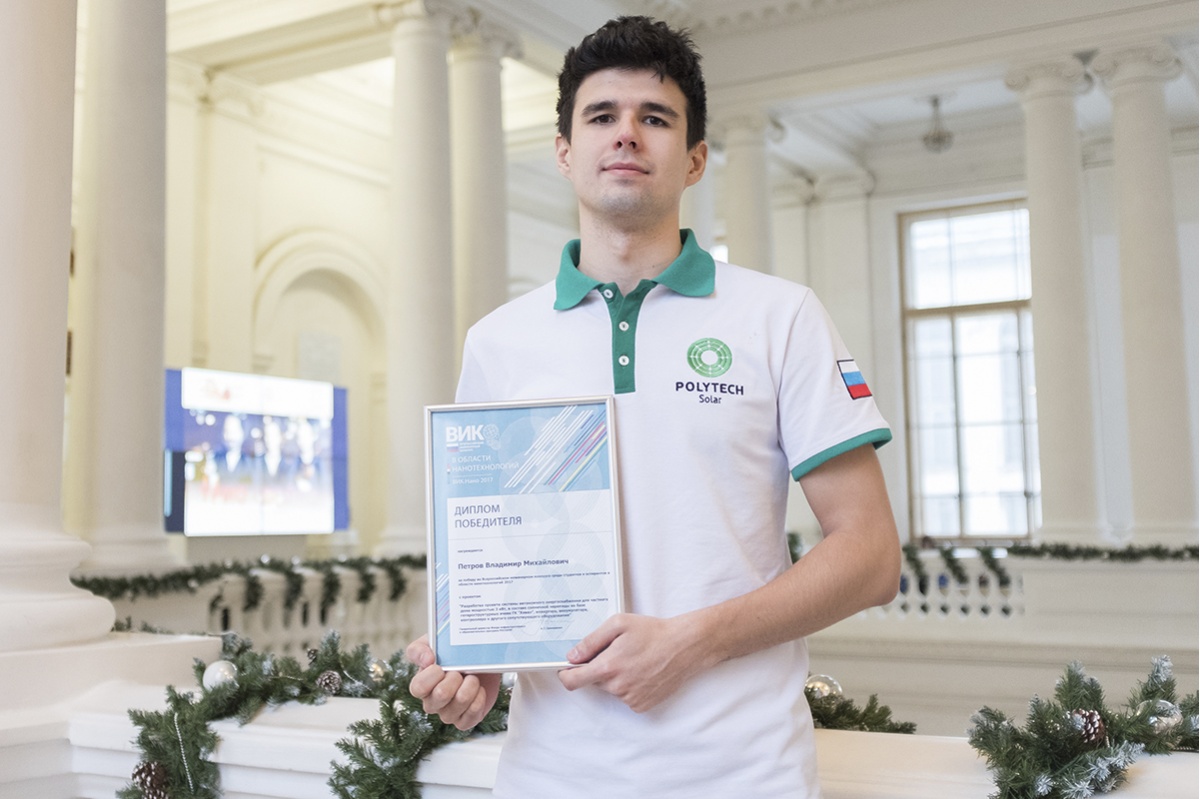 Participants of the competition had to solve one of the practical tasks offered by partner companies of the competition or to present an engineering project of their own in one of the eight areas: composite materials, flexible electronics, additive technologies, thin-film coating, biotechnologies, new energy sources, enhancement of comfort in urban environment, and waste recycling.

Before coming through to the final, participants had to win the elimination round. Only 17 of 57 requests were admitted to take part in the final stage. Each finalist presented his/her project, its technology and commercial parts, the latter in the form of a business-plan.

PhD student of ICE Vladimir PETROV found a way to supply a whole house with electricity using special roofing tiles: a photoelectric module which generates energy and functions as a roof at the same time. Such roofing material is produced by Hevel, one of the competition partners and the biggest in Russia company producing solar cell batteries. The young scientist decided to find out if such a 'smart' tile could be used in Russia. There are many remote areas in our country where no centralized energy supply is available and diesel generators are used instead. For his calculations Vladimir chose Yazula, a village in the Altai Republic. His research showed that a 'smart' tile can easily enable a one-family house with electricity. Certainly, performance indicators will be different in other regions, but there are thousands of villages like Yazula in Russia. The employer liked the way Vladimir solved the task: not only he became a winner of 'VIK. Nano-2017' competition but has also received an internship at the Hevel Company as a special prize.

Apart from the practical study that will begin in March 2018, a three-day tour to IMEC (Leven, Belgium), one of the biggest European R&D and innovation hubs, including visiting laboratories and cleanrooms, will be organized for Vladimir and two other winners.