On February 8, when the National Science Day is celebrated in Russia, president Vladimir Putin honored young scientists for their contribution to science and innovation in 2016. The award ceremony took place in the Kremlin. 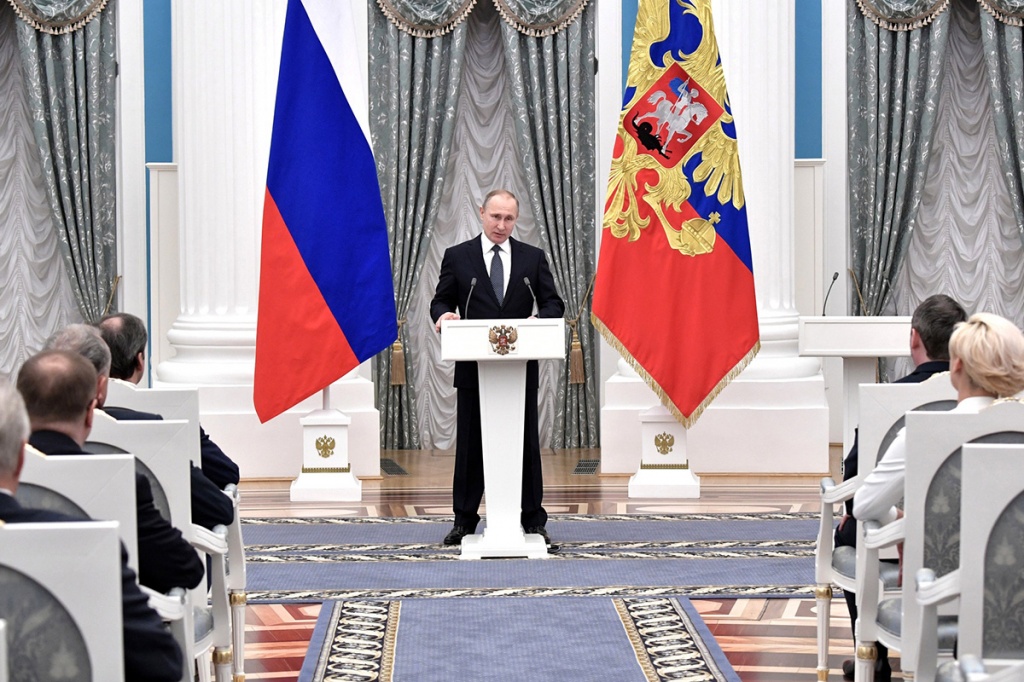 Among those who have attended the ceremony were renowned scientists, Education Ministry officials, distinguished science journalists covering science issues, foundation directors of charitable funds working to support national science. Among the guests was the rector of Peter the Great St. Petersburg Polytechnic University Mr. A.I. Rudskoy.

The ceremony began with greetings by the head of the state to all those involved with science. In his opening speech the president stated that the science has always made part of the world’s culture and civilization, and the history of scientific achievements symbolizes progress and technological advance”. Mr. Putin also pointed out the challenges of technological development, ecological, biological, and food safety, future global problems faced by humanity and said that strong science, up-to date technology and knowledge were the only solutions to them. 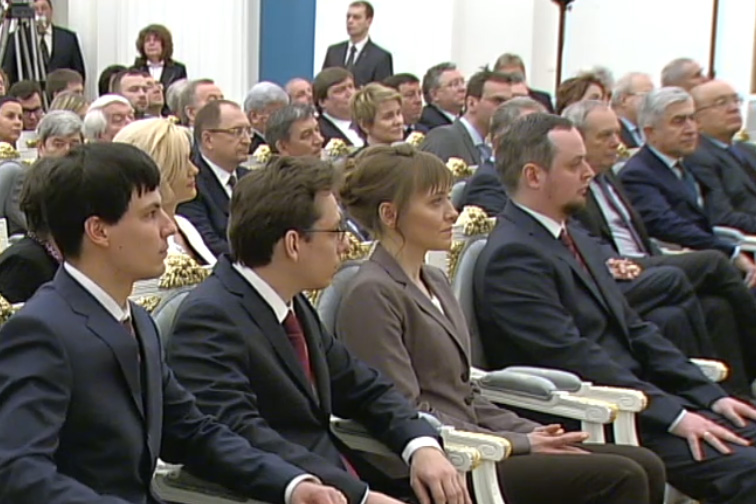 It has become a tradition that the award is given for advanced achievements and outstanding results in scientific research in technology and humanities. This year’s laureates were seven young scientists working in the field of physics, medicine, and mathematics. Vladimir Putin pointed to their accomplishments as the most significant ones for the evolution of national science, economic and social growth, and the strengthening of the country’s military potential.

The awards went to the scientists of the Research Center “Kurchatov Institute” D. Blau, E. Luschevskaya, and S. Poslavsky for their research work in the field of nuclear physics and high energy physics; chief researcher to the Steklov Institute of Mathematics A. Gaifullin for the theory of flexible polyhedral which lies at the foundation of robotics; A. Dmitriev and A. Kudryavtseva, young scientists from the Engelgardt Institute of Molecular Biology for their cancer treatment research; I. Romanchenko, junior researcher of the Institute of High Current Electronics SB RAS for his innovative methods for generation of radio frequency and microwaves and creation of the samples of extra powerful impulse generators. 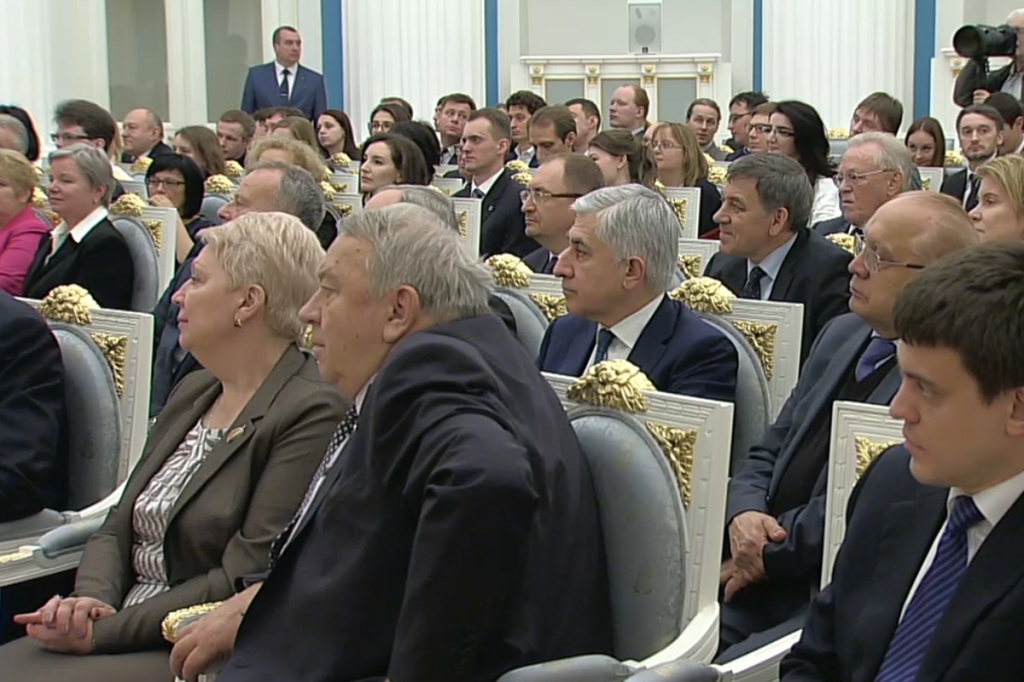 Closing the ceremony, the president expressed gratitude to the award laureates for their contribution to the country’s welfare. “As I was listening to their speeches and marveling at their trains of thought, one simple revelation dawned on me – the foundations of our country are so solid and unshakable, that its remarkable and glorious future seems inevitable,” – concluded Vladimir Putin.