The purpose of the three-day visit of the representatives of Peter the Great St. Petersburg Polytechnic University to France was to expand Russian-French scientific cooperation, to strengthen the positions of Russian science and higher education in Europe, and to help establish stable relations between Russian and European research organizations and universities. 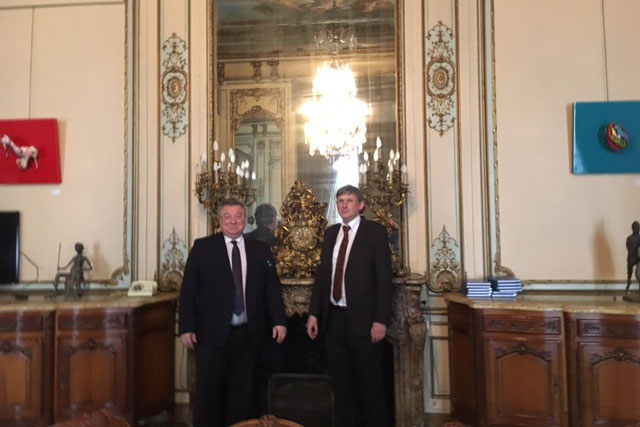 SPbPU delegation (consisting of Acting Vice-Rector for Research O.S. Ipatov, Director of the Administration Office V.P. Zhivulin, Assistant Vice-Rector for International Relations V.A. Glukhov) headed by Rector A.I. Rudskoy arrived in Paris at the invitation of Russian Ambassador to France A.K. Orlov. During the visit there were a number of meetings with the representatives of the Russian diplomatic corps, as well as the Trade Representation of Russia in France.

Visiting the secondary school of the Russian Embassy in France SPbPU delegation met the teachers and pupils of one of the oldest schools in the Russian Foreign Ministry's system. The school headmaster A.N. Akhrenov said that it had been opened in 1954 as a primary school, but since 1984 it became a secondary school with the advanced study of a foreign language. Currently, there are more than 300 pupils there. The pupils of graduating classes with great interest listened to the lecture of A.I. Rudskoy on Russian Higher Engineering Education. The lecture went on for almost two hour, and after it A.I. Rudskoy answered the pupils’ questions about the admission score to the Polytechnic University, the research and laboratory facilities of the university, international education programs, including the universities of France, and many others. 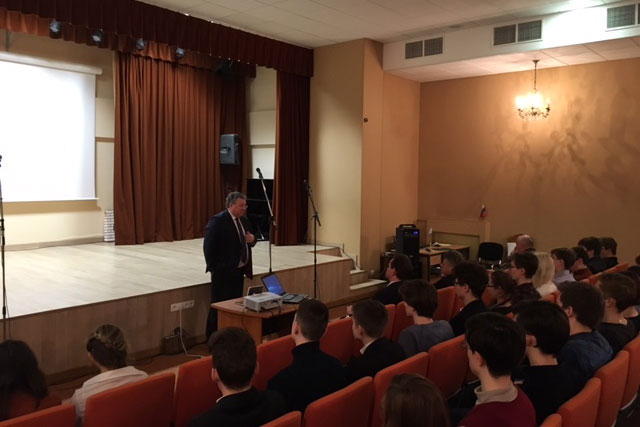 The lecture of A.I. Rudskoy was also attended by the Counsellor of the Russian Embassy, Spokesman for the Ministry of Education of the Russian Federation K.E. Bykov. After the lecture, Rector of SPbPU, K.E. Bykov and A.N. Akhrenov discussed the possibility of organizing competition olympiads for pupils both in remote (for the qualifying round) and in person (for the final round) forms. They also negotiated holding joint inter-university and Polytechnic Mathematical competition olympiads. The school management and the representatives of the Embassy of the Russian Federation expressed great interest in cooperation with SPbPU to organize competitions on the basis of the Russian Embassy in Paris for Russian pupils studying in France and in neighboring European countries.

Another important event in the framework of SPbPU delegation's visit to France was the meeting of A.I. Rudskoy with the Trade Representative of Russia in Paris A.V. Tourov. The subject of the meeting was to discuss the aspects of cooperation in science and technology. The Rector of SPbPU informed A.V. Turov and other members of the Trade Representation of Russia in France, attending the meeting, about the partnership of the Polytechnic University with such leading companies in France as Schneider Electric, AIRBUS, etc., as well as with the leading French universities, such as the group of Grandes écoles of France in the field of Engineering Sciences, the association Paris Tech, Ecole Centrale Paris, the International Space University in Strasbourg, Pierre and Marie Curie University, the Federal University of Toulouse, and others. 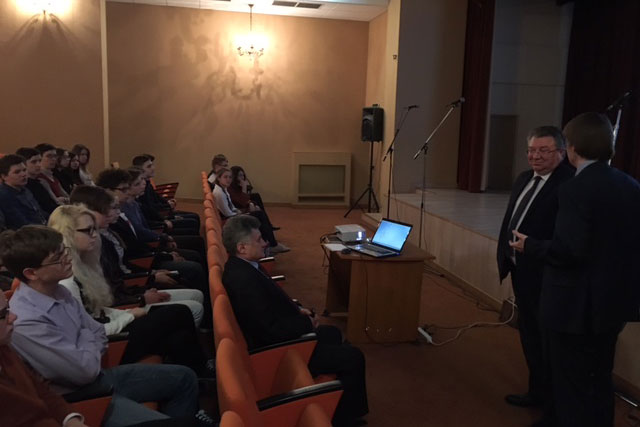 A.I. Rudskoy also met the Minister-Counselor of the Embassy of the Russian Federation A.I. Studennikov. In addition to discussing business issues, on behalf of the heads of the Russian Embassy the Rector of SPbPU was given the best wishes for successful implementation of the Project "5-100".