Chinese SPbPU graduates are proud to be Polytechnics

A university’s reputation rests on its graduates. It is always a cause for happiness to witness how greatly foreign graduates pride themselves on having once been students of the Polytechnic University. In the course of their visit to Beijing, a delegation from SPbPU met Chinese alumni who have graduated from the University over the last several decades, many of whom are now Tsinghua University faculty members. All of them still love our country and harbor especially warm feelings for their alma mater. 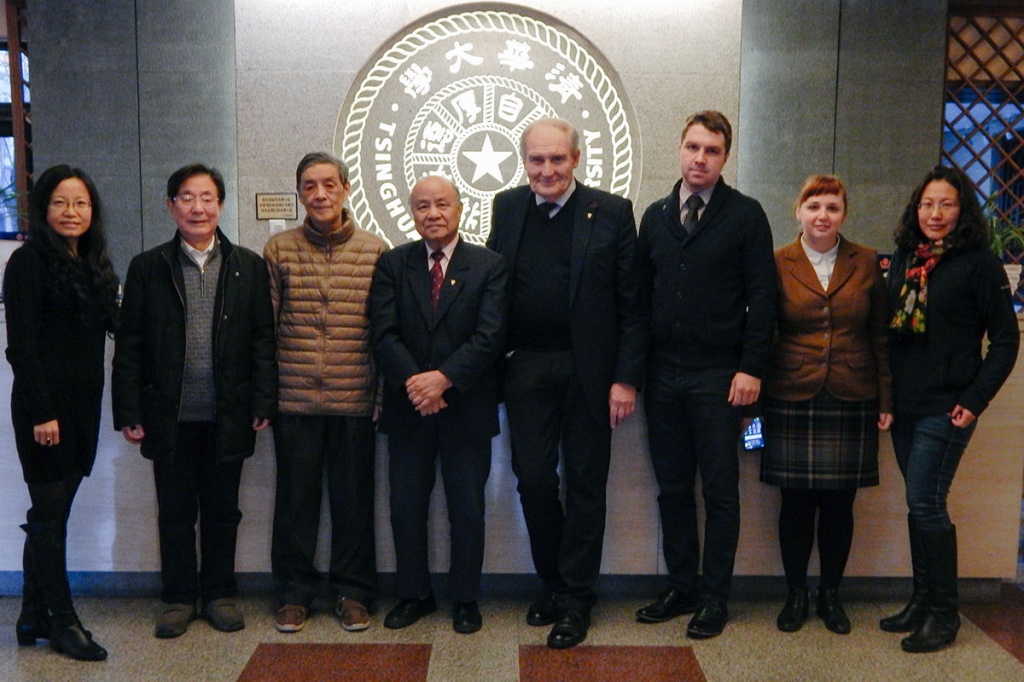 The meetings were held in an open and amicable atmosphere. Ni Weidou, a PhD graduate of the SPbPU Power Machine Building Department (1962), Professor, Tsinghua University, Member, Chinese Academy of Engineering, Honorary Doctor, SPbPU, spoke about his postgraduate studies, emphasizing how important it is for alumni to stay in touch after graduation, ‘After studying for five years in Moscow, I came back to China, where I taught for about three more years. Then, in 1962, I was sent to the Leningrad Polytechnic Institute to work toward my PhD. By that time, I had spent long enough time in Russia, the Soviet Union, so studying there was not that difficult, but it was interesting all the same. If I had the choice again, I would surely go to Saint-Petersburg to study at the Polytechnic University’.

‘Our professors at the Polytechnic University were great at presenting learning material in an organized, well-structured fashion, that is why students found it fairly easy to grasp the gist of what they were told. When I became a professor myself, I tried to do the same,‘ – reminisced Xun Jiangqing, a graduate of the SPbPU Department of Physics and Mechanics (1962), Professor in the Department of Engineering Physics, Tsinghua University. ‘I remember that I spent a lot of time reading in the library, preparing for seminars. I studied a lot on my own. Now, I expect the same from my students’. 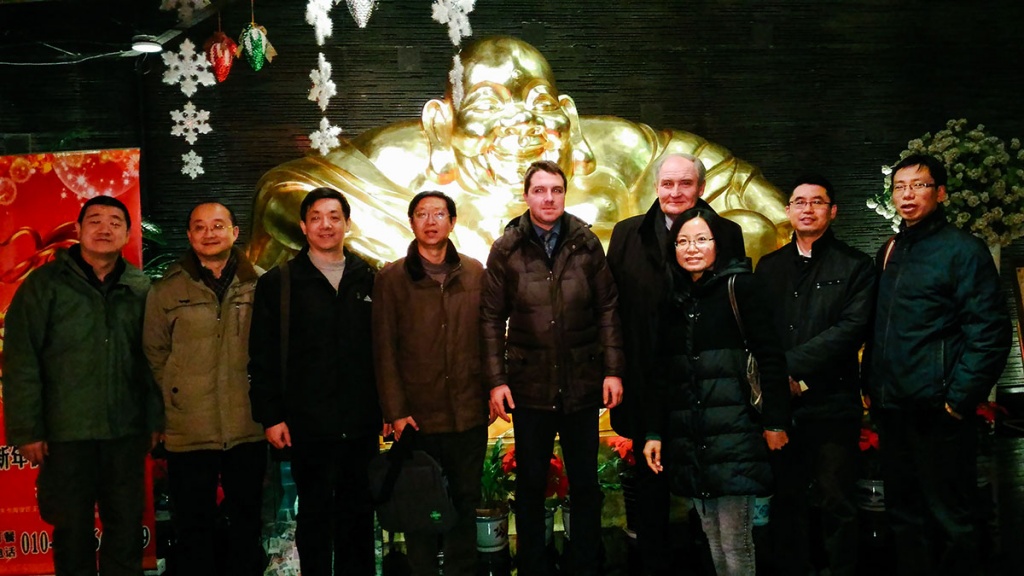 The SPbPU alumni became nostalgic, taking a look back at their past: they recalled that their parents did not really hesitate to let them go to the USSR for studies, reminisced six tough, but exciting, days which they spent travelling by train from Beijing to Saint-Petersburg, and remembered a challenging experience of trying to adapt to living in a Soviet dormitory… They had so much to tell that А.N. Kobyshev offered the Chinese graduates of the Polytechnic University to share their stories of trial and success in the pages of a special collected volume.

Also, Chao Zhou, a graduate of the SPbPU Department of Physics and Mechanics (1961), Professor, Tsinghua University, Member, International Energy Academy, took an active part in the meeting. He relayed information about the Chinese SPbPU graduates who had lived in Beijing from the 1960s to 2004 to the representatives of the Polytechnic University. It took Mr. Chao, Deputy Secretary of the SPbPU Chinese Alumni Association, years to collect this valuable data.

The SPbPU delegation also met Tian Xinyang, Director of the Tsinghua Alumni Association, with whom they shared their best practices for collaboration with alumni and methods to enhance their participation in university-related activities. 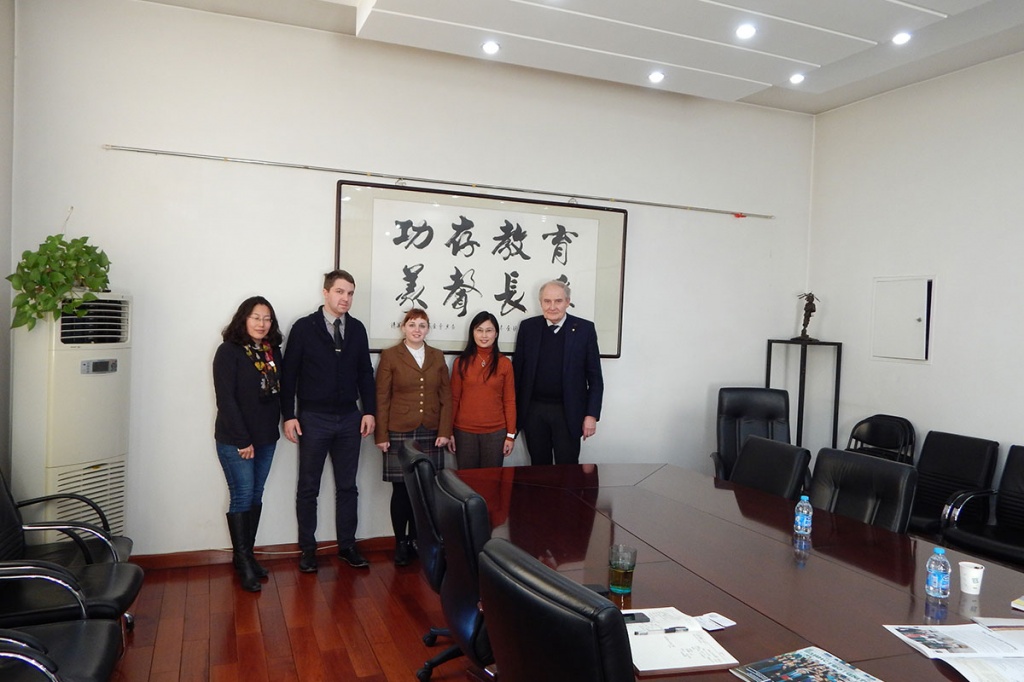 The visit to China ended with a meeting with the Chinese alumni who graduated from the Polytechnic University in the 1990s. They admitted that they do not see each other very often and that they really miss the general spirit of fraternity. This confession contributed to creating a warm, touching atmosphere at the meeting. Guan Tian, a graduate of the SPbPU Mechanical Engineering Department, Head of the Regional Office for Europe and Central Asia of Shenhua Group said in perfect, unaccented Russian, ‘It was a difficult time to be a student, but we remain eternally grateful to our university for our educational experiences. I am always proud to say that I am an LPI graduate. I know for sure that those of elder generations understand and value that. I also hope that the Polytechnic University will successfully encourage its graduates of different ages to stay in close touch and work to maintain its positive image.’

This outlook is shared by Liu Wei, Deputy Head of the Tsinghua University Institute of Strategic Cooperation between China and Russia, a graduate of the SPbPU Mechanical Engineering Department (1998), and just a good friend of the Polytechnic University, who expressed a common feeling among SPbPU graduates, ‘It is wonderful that the Polytechnic University decided to reach out to its Chinese graduates. Belonging to such a great community matters a lot to us. We will also try to do our best to bring SPbPU alumni together.’