New steps in cooperation between Jiangsu Normal University and SPbPU

Peter the Great St. Petersburg Polytechnic University and Jiangsu Normal University (JSNU) have a wide range of joint activities within the frameworks of cooperation. Since 2013, the universities have been cooperating in the field of joint educational programs for Chinese students. In 2015 an Agreement was signed on the implementation of educational programs for Bachelors. In addition in April 2016 the Joint Engineering Institute of JSNU and SPbPU was opened. 176 students are currently studying in a joint educational program in the field of “Infocommunication technologies and communication systems”. This year another 200 students entered the Institute, and 14 students from China will take Master's Degree program at SPbPU in the field of “Design Support of Machine-Building Productions”. 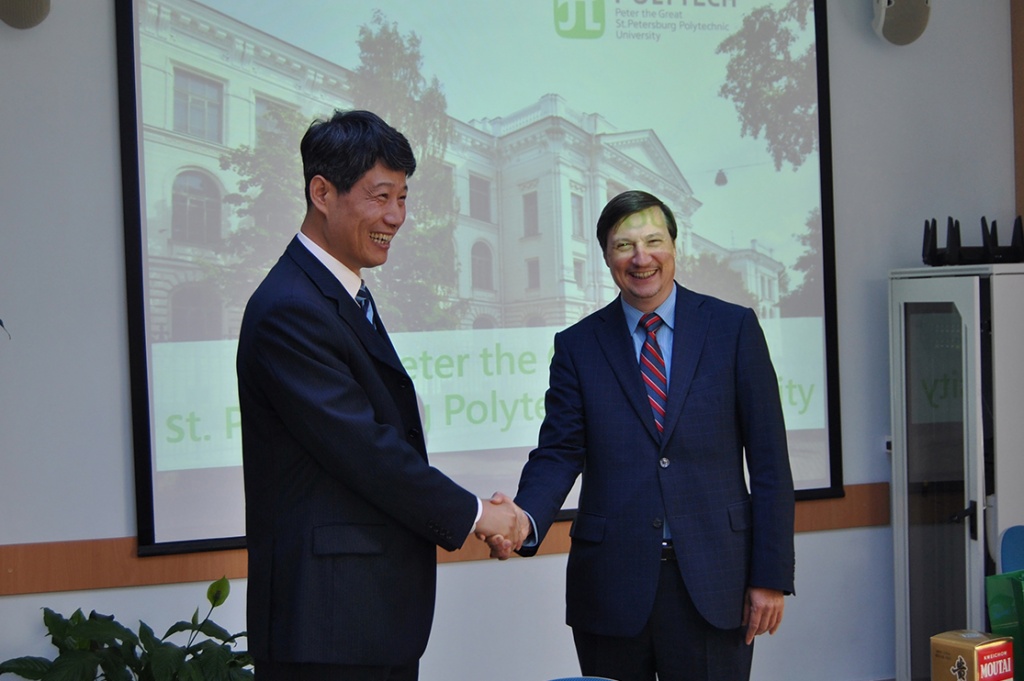 On September 11 the delegation from the Jiangsu Normal University arrived at the Polytechnic University. For JSNU Vice-Rector for International Relations this was the first visit to SPbPU. He began with a tour round the Polytech’s main building, and then the members of the delegation went to the New Research Building, where they had negotiations with the Director of the Institute of Physics, Nanotechnology and Telecommunications Sergey MAKAROV. The parties discussed the creation of a joint research laboratory in the field of infocommunication technologies and radio engineering systems. An agreement was signed in 2016. Further the delegation of JSNU had negotiations with the Director of the Institute of Metallurgy, Mechanical Engineering and Transport Anatoliy POPOVICH. Participants of the meeting discussed the issues of mutual interests, in particular, the creation of a joint program in the field of machine building. After the negotiations the Chinese colleagues had a visit to the laboratories of the Institute.

The program of the visit very busy: on the same day at SPbPU International campus guests from China were welcomed by the representatives of the International Offices of the Polytechnic University. The Vice-Rector Dmitry ARSENIEV for International Relations welcomed the JSNU. He noted that the cooperation between SPbPU and JSNU has been developing very dynamically for already several years. 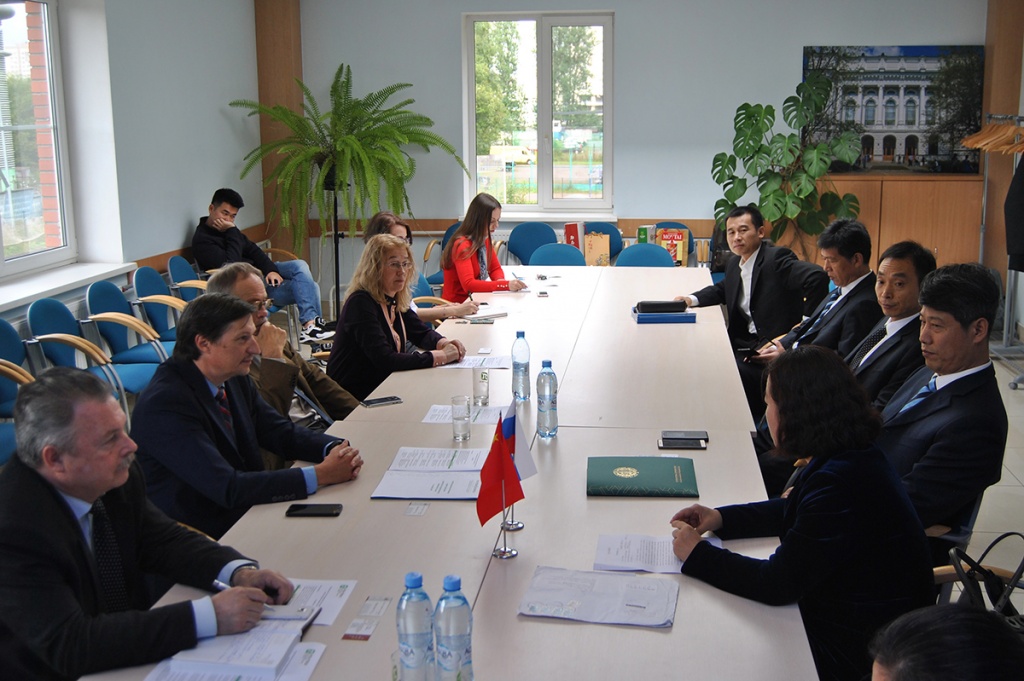 SPbPU Vice-Rector underlined the following: “We are very pleased that the relations between our countries are at the highest level. Recently, there has been a meeting of the top officials of our states Xi Jinping and Vladimir Putin. A number of important agreements were signed within the meeting. And you can see that we are in the trend: we are having very fruitful cooperation between our universities. On behalf of our Rector and our colleagues, I would like to confirm that China is currently a strategic direction of cooperation for the Polytechnic University“. 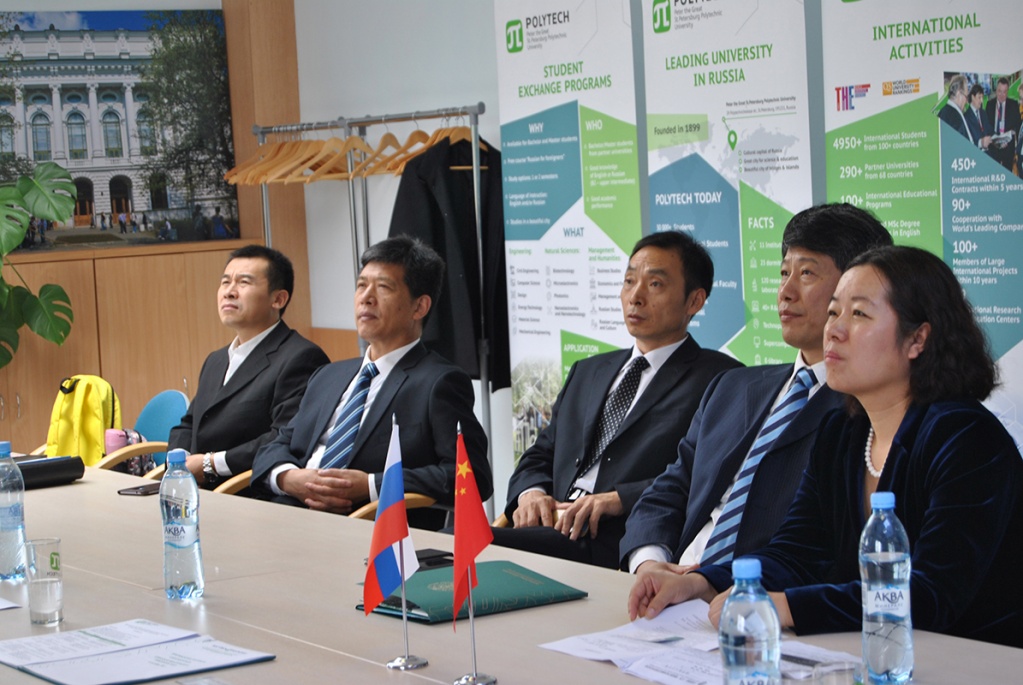 JSNU Vice-Rector for International Relations Huang Junwei thanked SPbPU representatives for the hospitality and expressed the delegation agreement with the proposals for the development of cooperation. The important points of the meeting were the following: development of the range of Bachelor and Master's programs and the Russian language in China as the language of scientific communication. Both sides expressed great interest in the creation of international laboratories and joint departments with industrial enterprises and discussed the possibility of submitting joint applications for participation in international projects and grants. As well, the parties discussed the prospects of creating at SPbPU an online system of courses for professional development of the Chinese teachers and the invitation of leading Professors and faculty from JSNU to Polytech and the introduction of online and distance training courses in engineering in Russian. 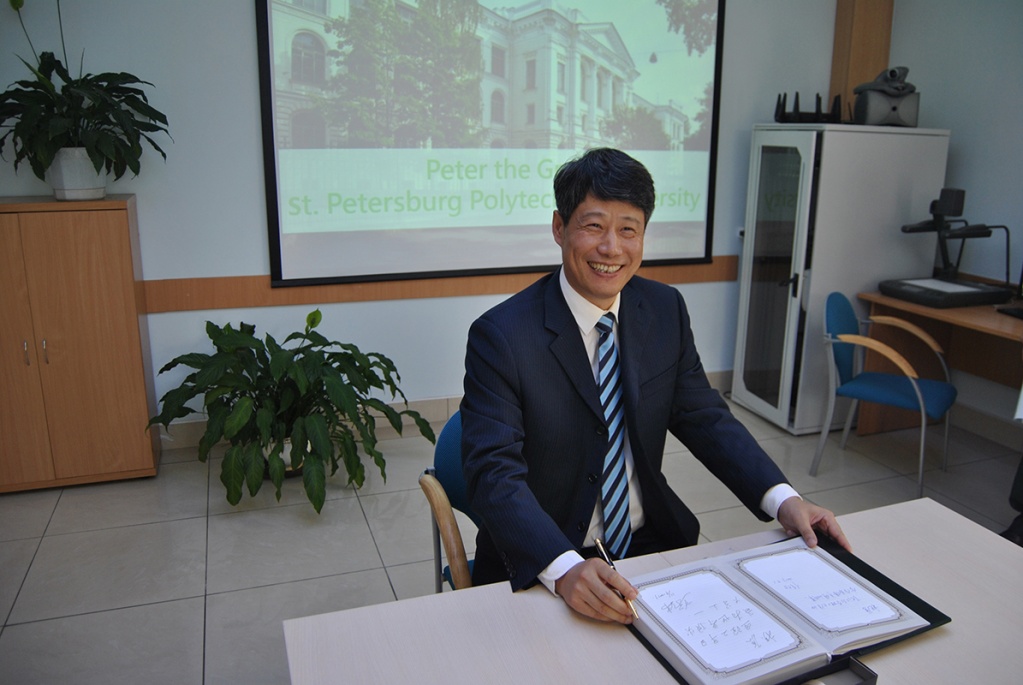 JSNU Vice-Rector for International Relations Huang Junwei made a note in the Honorary Guests Book of the Polytechnic University. He wished our university success and prosperity.