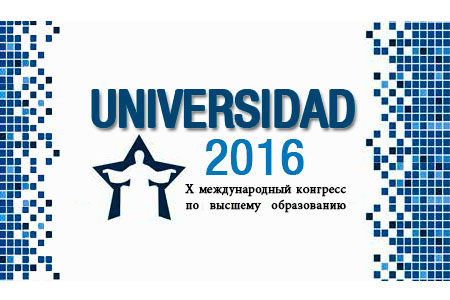 During the 10th International Higher Education Congress "University 2016 ", which took part in Havana on February, from 15th to 19th, the Russian delegation was one of the most numerous. Among the participants of the forum were Peter the Great St. Petersburg Polytechnic University's representatives - Vice-Rector, press secreatry D.I. Kouznetsov and Deputy Director of the Public Relations Office I.V. Kolomeitsev. The Professor and Director of Research Programs in the Uni-versity of Havana Barbara Elena Carell Fure, who is currently working in the Institute of Interna-tional Educational Programs, SPbPU, teaching Spanish to the students of the Department of In-ternational Relations, took part in the organization of the trip.

The representatives of international organizations, rectors of higher education institutions, minis-try and authority officials, responsible for higher education, more than 2500 delegates from 60 countries in total came to Havana to share experience, identify problems, find solutions and reach agreements. "Cuba is hosting a large event - a convention of the university community from many countries. And this is the first time Russia has been represented at the forum by such a strong team." - noted Deputy Minister of Education and Science Veniamin Kaganov, the head of the Russian delegation. Indeed, the representatives of the Ministry of Education and Science of the Russian Federation, Rossotrudnichestvo (Russian Cooperation), administration of a number of Russian higher education institutions (Southern Federal University, Ural Federal University, Pushkin State Russian Language Institute, Russian State University for the Humanities, etc) came to communicate with their colleagues. The main topic of the forum was the discussion of various cooperation possibilities - joint programs, student and teacher internships, as well as the issues on higher education teaching, evaluation, problems of the postgraduate program, econom-ics and educational funding, etc. 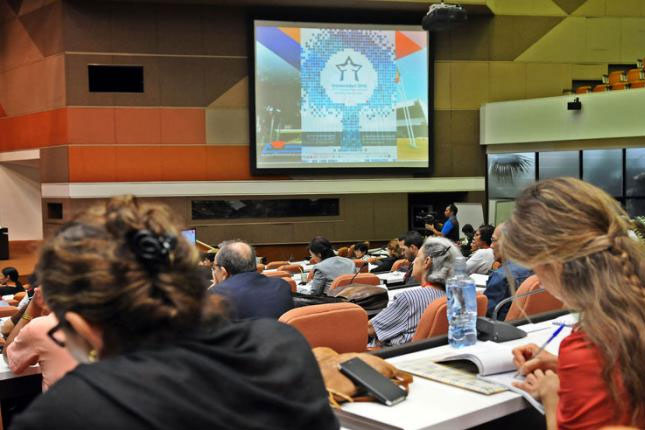 In the view of Mr. D.I. Kouznetsov's, SPbPU's Vice-Rector, press secreatry, the task of the Rus-sian participants was to maintain the image of our country as an educational power, attracting international students to our universities and strengthening links between alumni from Russian and Soviet universities. "We arrived in Cuba to restore the strong connection we had before. At the time of the Soviet Union we had the established cooperation in a lot of fields. This coopera-tion between the Republic of Cuba and Soviet Union covered almost all basic areas, including science and education. For instance, back then more than 500 Cuban students finished their edu-cation programs in our university." - said Dmitry Ivanovich. Some of the graduates stayed in Russia, others live and work in Europe and Latin America, but the majority, of course, went back home. This is why the meeting of the Polytechnic University alumni was quite predictable.

"Today we are facing the task to increase our cooperation, restore previous connections not only with our Cuban alumni, - says I.V. Kolomeitsev, Deputy Director of the Public Relations Office. - And a lot in this area has already been done. At the end of last year we met our Chinese alumni, shared experience with our Spanish colleagues. Foreign alumni always gladly take part in such meet-ups to remember their professors with gratitude. And the fact that many of them are greatly demanded specialists and work by their major means that the Russian education is, and always has been, one of the best." 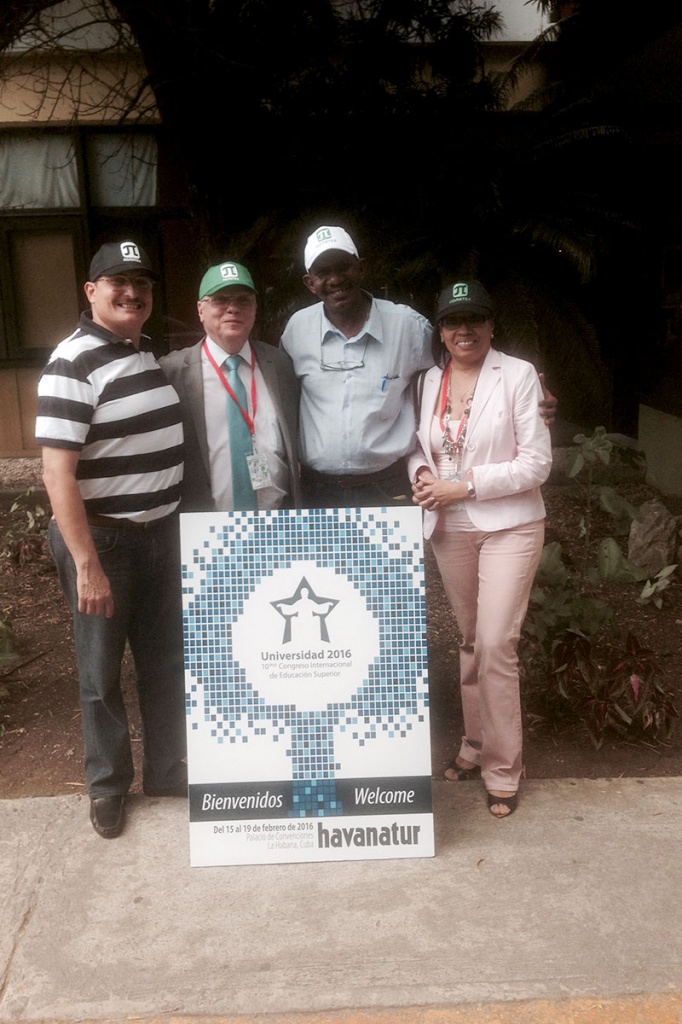 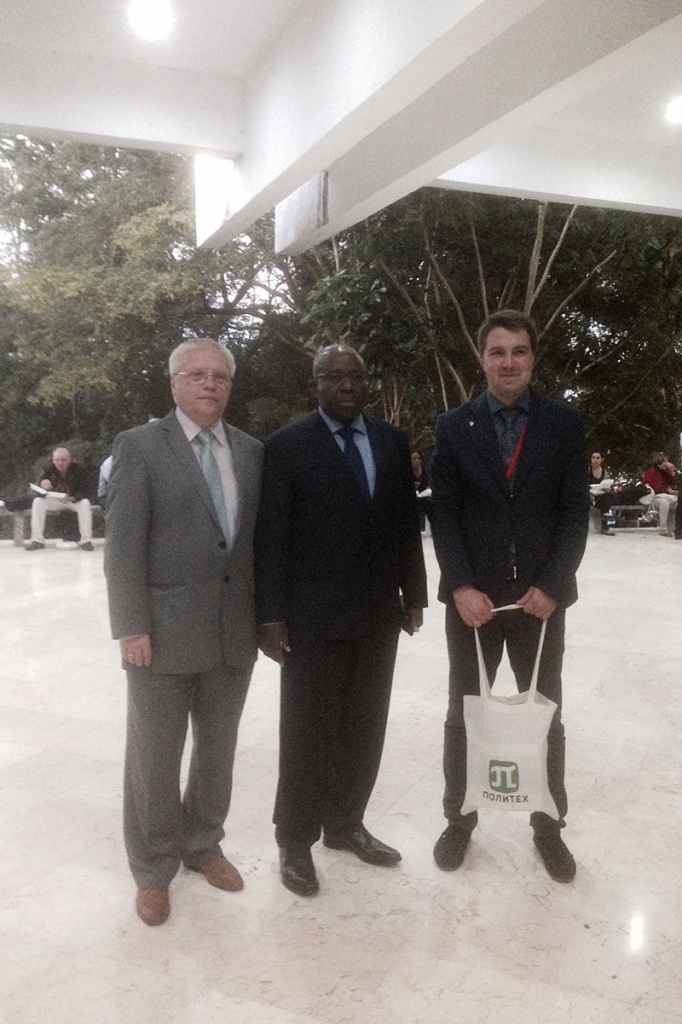 This time Cuban alumni set their work aside to attend the meeting with the SPbPU representa-tives. They are still keeping fond memories of the time studying in the Polytechnic University. For example, Eduardo Gonzalez Miranda said that he was still in touch with many of his group mates. He also sent his greetings to Yuri S. Vasiliev, who while being a renowned specialist in hydropower engineering, was the head of the Polytechnic Institute and a professor in the group of Eduardo Gonzalez. "They not only gave us fundamental knowledge, they also taught us to be researchers, to apply this knowledge, including the one needed to solve specific professional problems."- remembers Eduardo, 1985 Polytechnic university graduate, who is currently working by his major and still uses literature in Russian in his professional activity!

The spirit of time-tested partnership between Russia and Cuba, is the best motivation to continue the relationships between our countries, that is why many alumni seriously consider the university as the future place of study for their children and grandchildren - and they gladly accepted all the information material concerning the current fields of study and retraining. Another 1986 Hy-dropower Engineering Institute graduate Saul Chavez Morataya filled in the alumnus's form in the Russian language and wished to all the enrollees to study in the best institute in the world!

On the final day of the forum Mr. D.I. Kouznetsov gave the presentation in Spanish about the position of St. Petersburg Polytechnic University in the global research environment and showed a short film about the University. During the negotiations with the foreign colleagues on some issues, concerning cooperation in the field of higher education and studying of the Russian lan-guage in the Republic of Cuba were discussed. It is also worth noting that during the closing cer-emony, the representatives of our university had a conversation with the Minister of Higher Edu-cation of the Republic of Angola Adão do Nascimento. He noted the traditionally high quality of the Russian education - he knows that in person, having been a student in Saint Petersburg (and his predecessor in this position also graduated from the Polytechnic University). The minister accepted the invitation to visit Saint Petersburg and our University, and also promised to support the idea of creating SPbPU alumni's association in Angola.