Japanese Designers are Interested in Cooperation with the Polytechnic University

On 25th May at the International Polytechnic Week 2016 SPbPU Rector A.I. Rudskoy and the delegation of the Japanese company GK Design Group Inc. headed by President Kazuo Tanaka signed a cooperation agreement and discussed the prospects of its further development. Before the official meeting with the Rector, the Japanese colleagues took part in the opening ceremony of the exhibition of creative works of the students of Engineering Graphics and Design Department. The exhibition was dedicated to the 20th anniversary of the department. 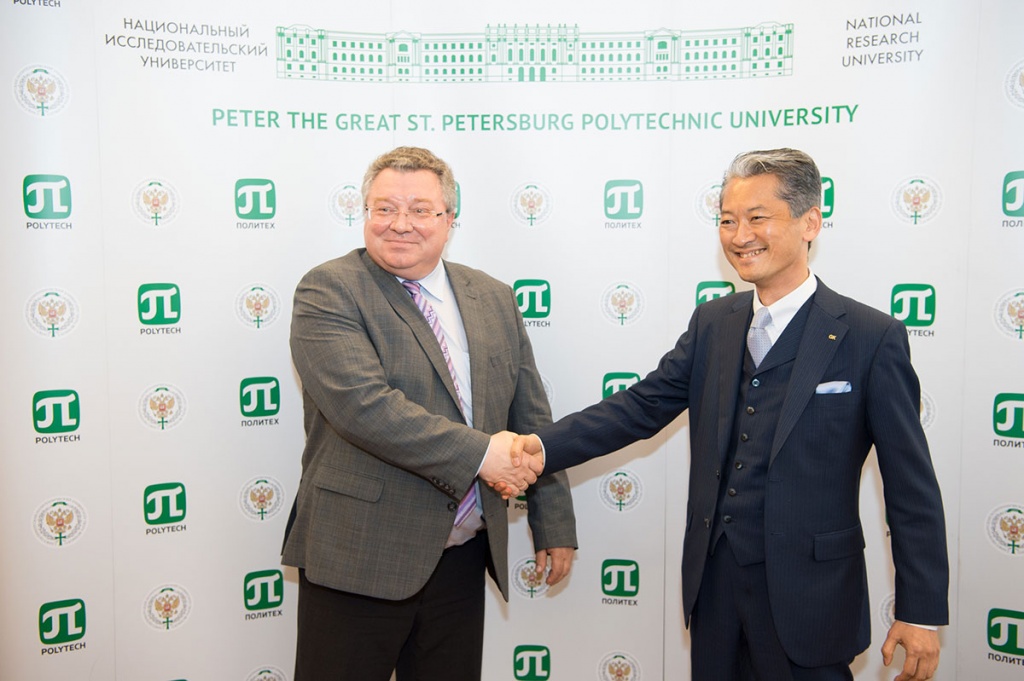 The negotiations and the signing of the agreement were attended by the representatives of the Japanese delegation: the President of GK Design Soken Hiroshima (Hiroshima), Yanaq Toshikatsu and the head of GK Graphics Design dept. subsidisary (Tokyo) Kuraoka Masaki. The representatives of the Polytechnic University were also there. Among them there was Vice-Rector for International Relations D.G. Arsenyev, Vice-rector and Press Secretary D.I. Kuznetsov, the Head of the International Cooperation Department V.D. Khizhnyak, the Head of the Rector Administrative Apparatus V.P. Zhivulin and the Head of Engineering Graphics and Design Department of IMMET V.M. Ivanov. 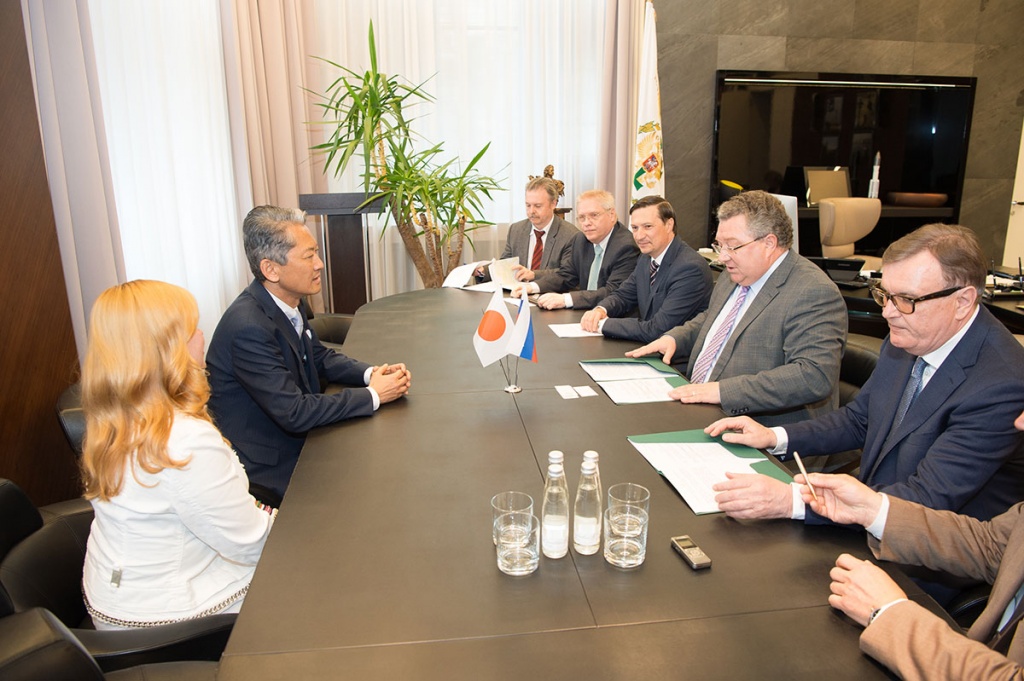 Welcoming the guests in the Polytechnic University, the Rector noted that the cooperation with such a top ranking company is a great honor for the university. "We started only 20 years ago, but the development of the Design Department is one of our priorities for the present day. When we began to make contacts with the GK company it was a very important step for us. Although the GK company is a relatively young team of Japanese designers, it’s getting to the top of professional excellence with cosmic speed proving the world its unique character and talent," said the A.I. Rudskoy. According to the Rector, any technical university has no prospects of its development without creative initiative. Therefore, one of the tasks of the head of the university is to harmonize the educational structure for the graduates to acquire not only profound knowledge of engineering but also to be well-educated and creative people. "If a person is widely read, listens to classical music, understands genres and movements of art (it concerns not only design departments), such a person will solve his professional problems creatively, broadly and freely," the Rector explained his point of view. 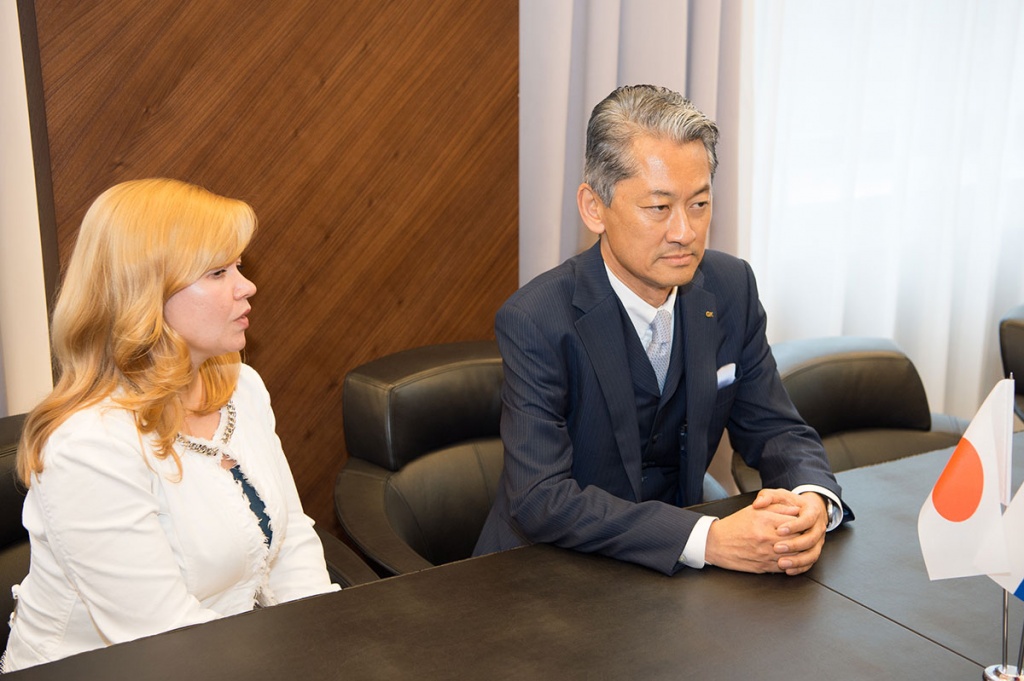 The signed agreement provides the cooperation in the field of education (field trips and training of Polytechnic teachers and students in Japan, lectures of the experts of GK Design Group Inc. in the Polytechnic University, exchange of experience and other information, joint projects of SPbPU and Japanese companies). 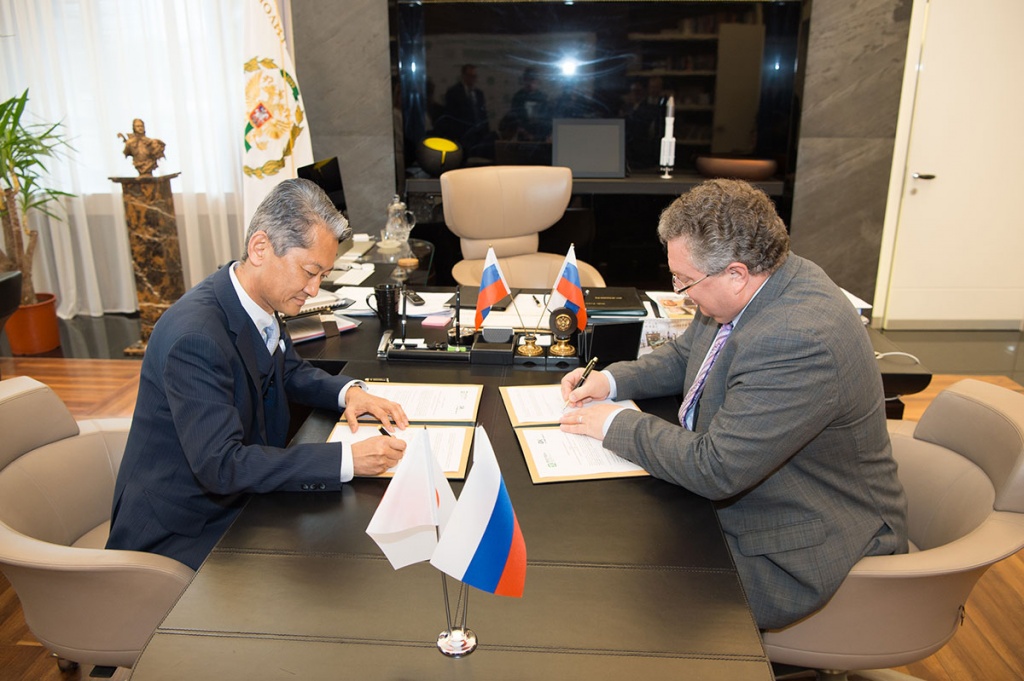 However, the cooperation with the Japanese partners lies not only in the educational sphere. According to the Rector, the promising direction can be collaboration in the field of science and research, in particular work on the project of establishing a research and educational center of GK Design Group Inc. in SPbPU. In addition, Andrey Ivanovich remarked that the Polytechnic University cooperates with many art and design schools and higher educational institutions (for example, St. Petersburg Stieglitz State Academy of Art and Design), as well as the Hermitage, the Russian Museum and many others. "I know that in the framework of this visit, you will meet the city hall authorities with whom you will discuss the possibilities of opening of the representational office of the GK company in St. Petersburg. We are ready to support various forms of cooperation, and in some way the Polytechnic University could become a kind of "provider" of modern Japanese design and culture in St. Petersburg. I think it will be a significant contribution to the overall plan of bilateral relations between Russia and Japan," summed up A.I. Rudskoy. 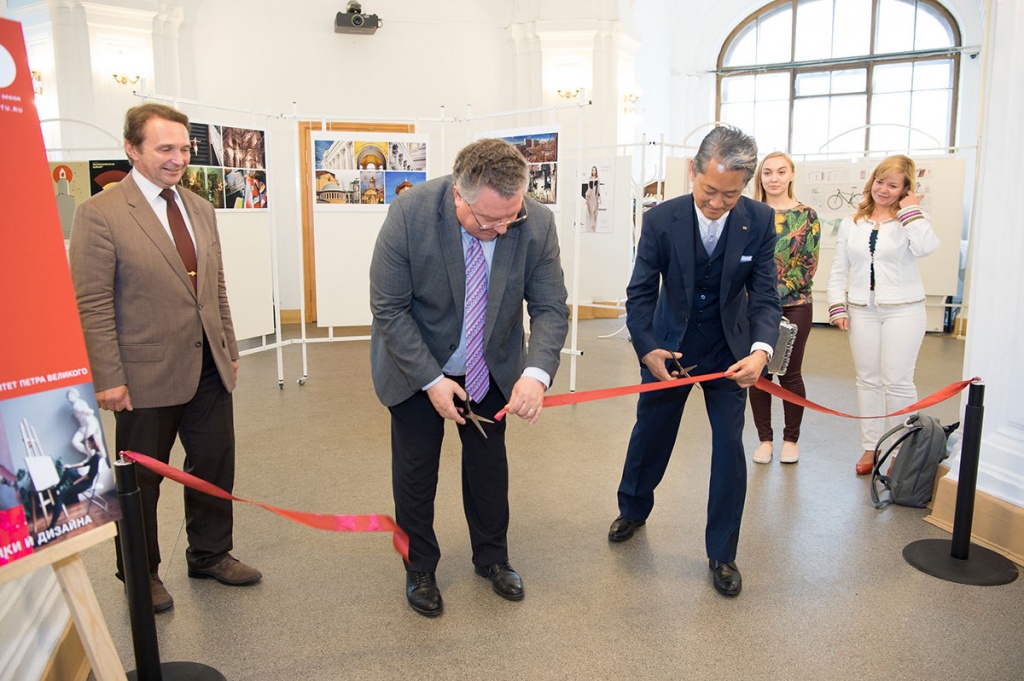 At the end of the meeting the parties confirmed their interest in expanding bilateral relations and assured each other in the willingness to facilitate a fruitful and mutually beneficial cooperation. SPbPU Rector A.I. Rudskoy and the President of GK Design Group Inc. Kazuo Tanaka thanked each other for the meeting and exchanged memorable gifts.