Kawasaki-Polytech: Technologies that Will Change the World

On September 18, 2018, the only in Russia Kawasaki-Polytech Science and Education Center of Industrial Robotics was opened at St. Petersburg Polytechnic University. The guests on their own could see that the high-tech future is turning into reality: a robot was catering coffee at the presentation of the center, while its technical brother competed in mastership with a calligrapher from Japan.

At the official ceremony, SPbPU Rector Academician RAS A.I. RUDSKOY and President of the Kawasaki Precision Machinery & Robot Company Hashimoto YASUHIKO cut the ribbon which meant opening of the Kawasaki-Polytech Center. The vice-governor of St. Petersburg, S.N. MOVCHAN and Consul General of Japan in St. Petersburg Fukushima MASANORI, representatives of the Government of St. Petersburg and the Leningrad Region, heads of major Russian and Japanese companies attended the opening of the center at Polytechnic University. 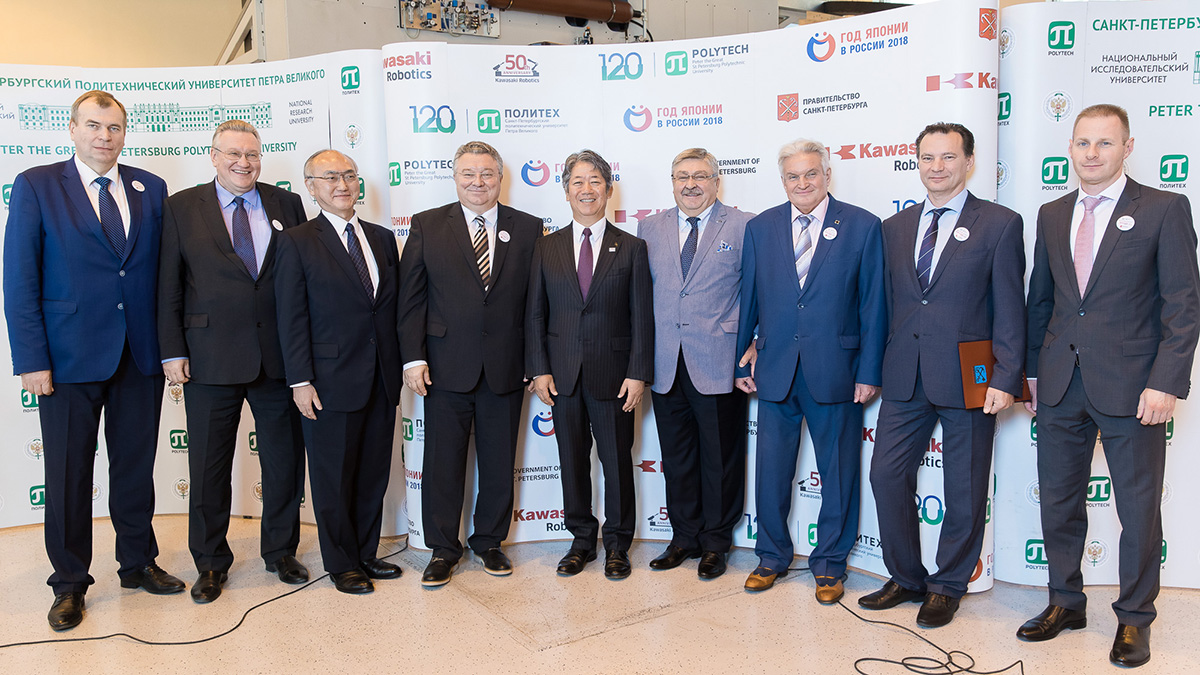 “We were extremely lucky,” said Rector Andrey RUDSKOY. “We found a very reliable, advanced, extra-intellectual partner: the Kawasaki Company. As a framework university, Polytechnic University has the competence in the sphere of digital design and creation of digital clones. In the gist, today, we are opening a center of digital production,” the rector stressed. 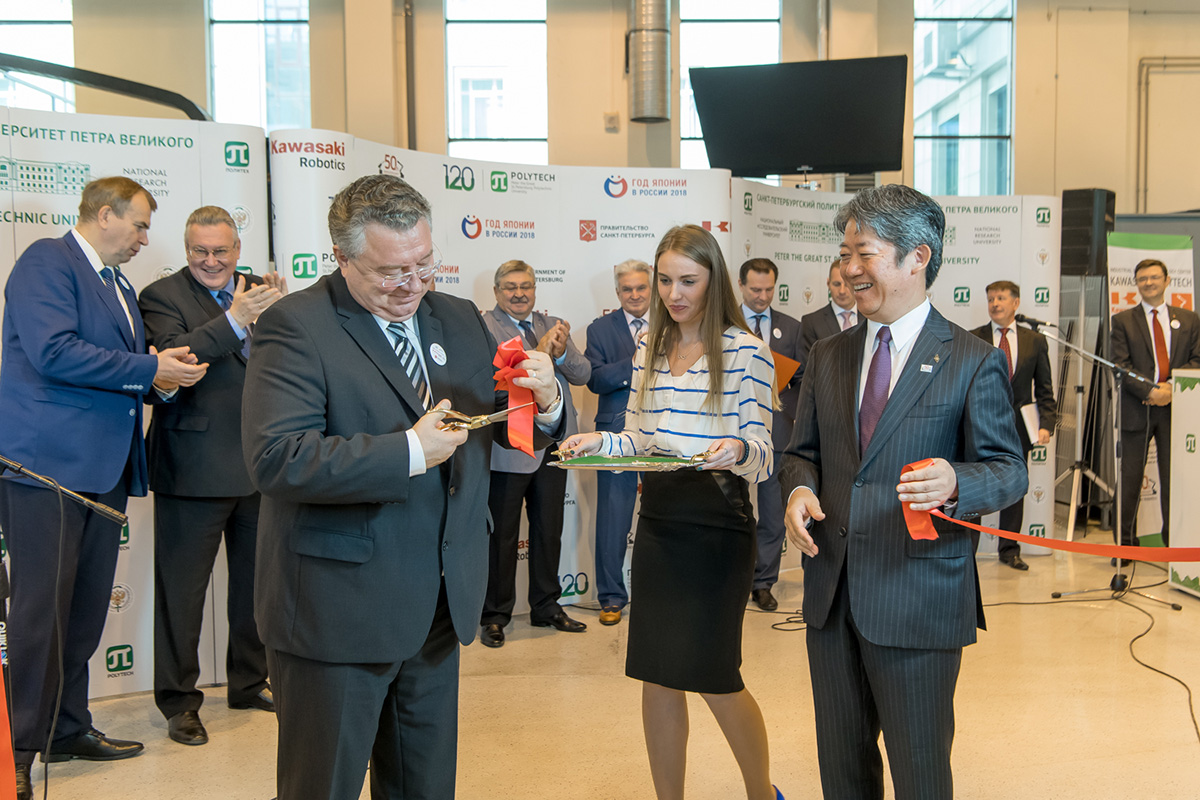 This year, Kawasaki is celebrating its 122 birthday; 50 years of its operation the corporation has been engaged in the development of robotics. “At that, when you hear the name of our company,” Hashimoto YASUHIKO said, “the first thing you would think about is a motor cycle. However, besides this, we are dealing with aircraft engineering and machine building, development of space techniques, construction of plants; we are a major production company.” Mr. YASUHIKO expressed his confidence that the company will be able to develop the industry of not only St. Petersburg but of the entire Russia as well. 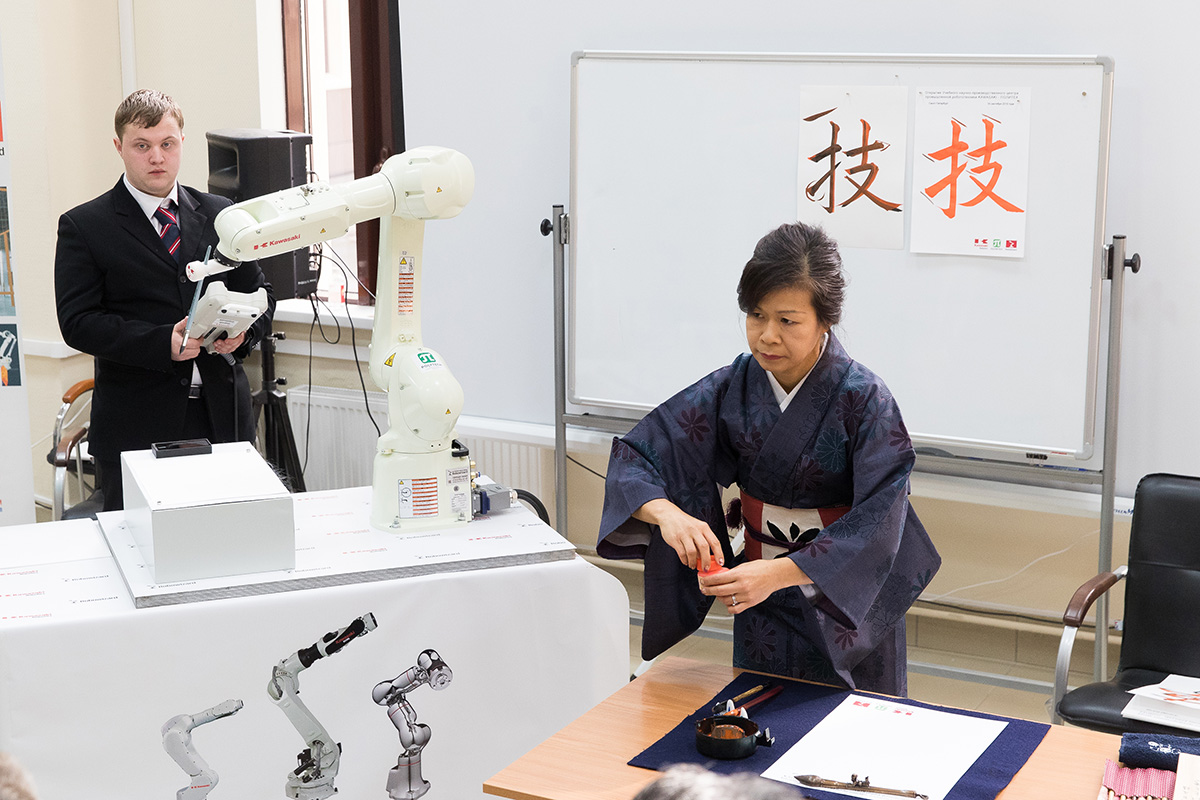 After the greetings, the President of Kawasaki Precision Machinery & Robot Company Hashimoto YASUHIKO gave a tour around the demo hall of the Kawasaki-Polytech Center, where ten newest robotic complexes were presented; many of those have record breaking indexes in their class. To show the unique capacities of the robots, the guests were offered to watch the matchup between the robot and the calligrapher. 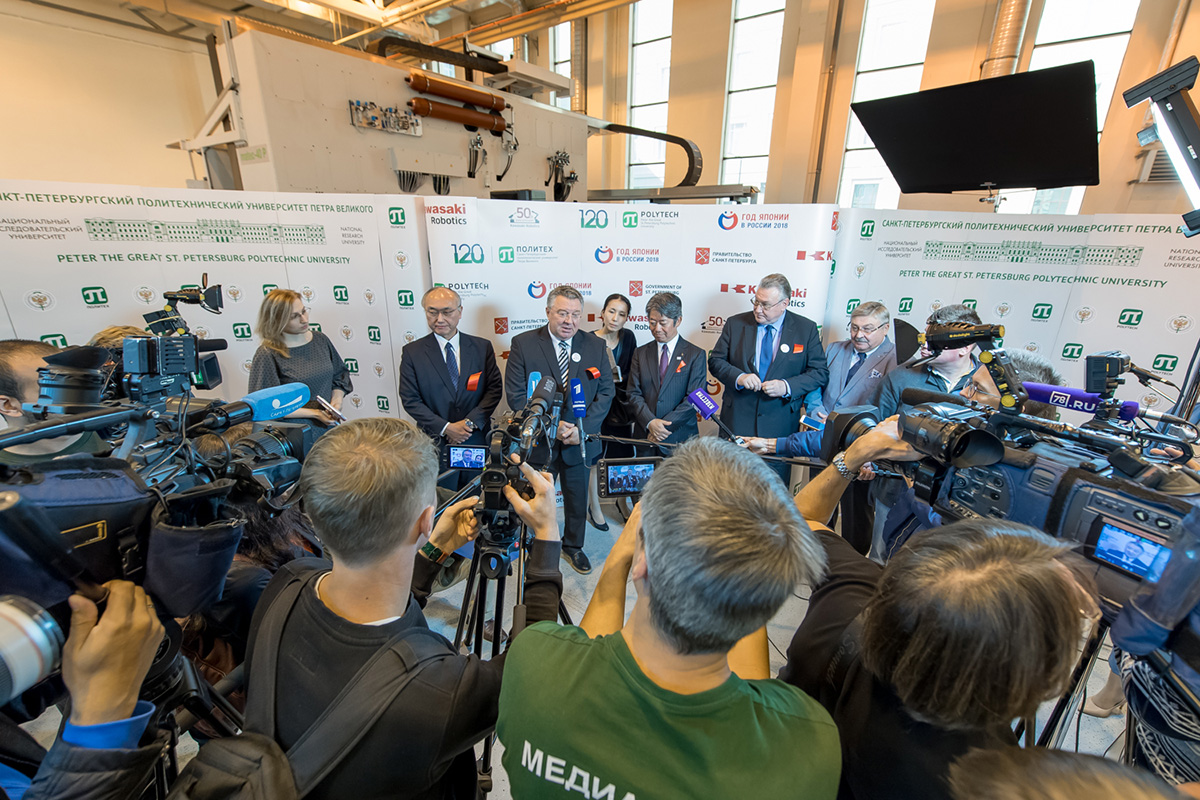 Particularly for this reason, Sensei Ishijima KAIRI arrived at Polytechnic University. First, both she and the robot painted a hieroglyph which in Japanese means skill or technique. The hieroglyph was chosen for a good reason: you can find it in the name of Polytechnic University in Japanese. And though the robot does have what to learn from the human calligrapher, the hieroglyph was readable and understandable. “People program the robots. This is why, had the calligrapher shared her secrets with the engineer in advance, the result would have been just perfect,” Hashimoto YASUHIKO commented. So it happens that the modern automated world cannot function without human beings. 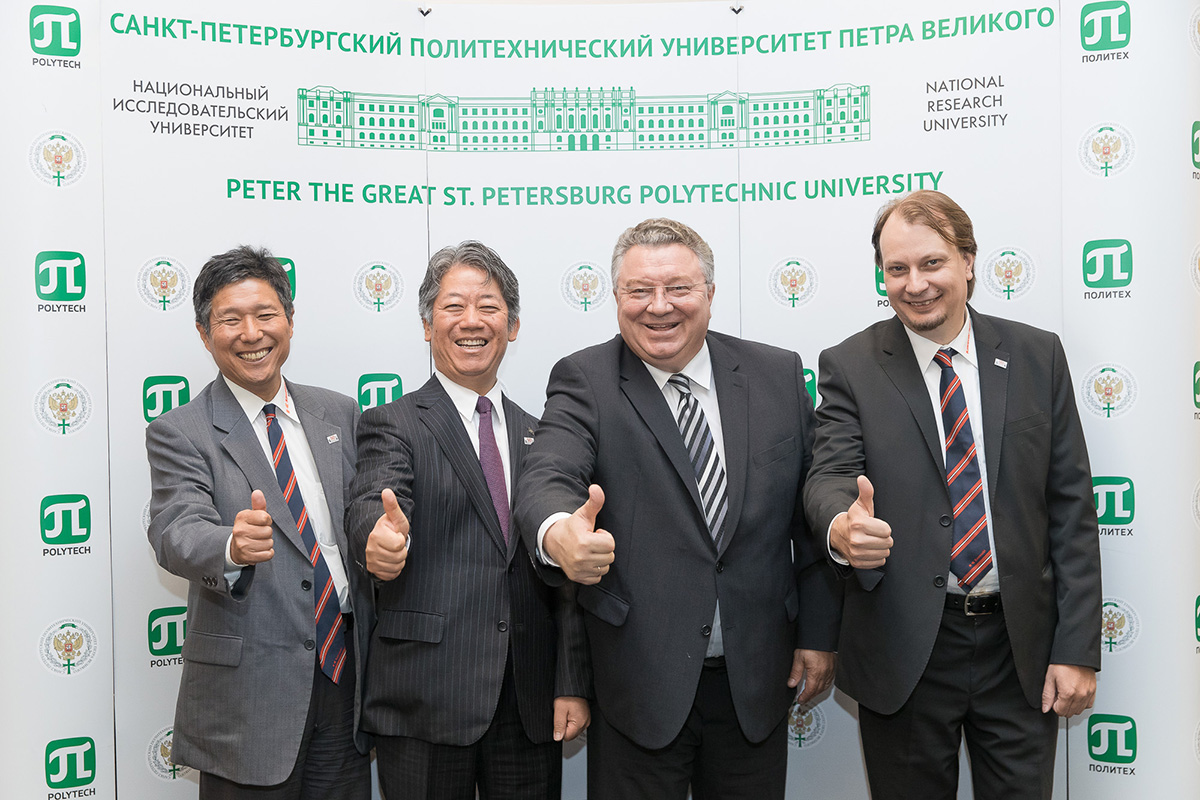 Opening of the Kawasaki-Polytech Center attracted attention of not only Russian but also Japanese mass media. In his comments to journalists, SPbPU Rector Andrey RUDSKOY pointed out: “Polytechnic University occupies a very important niche: it is training of engineers, designers, manufacturing engineers, software developers for robots and specialists on exploitation of robotic complexes. In the near future, we are planning to turn into a federal center for training engineers in this area for all of Russia and countries of Eastern and Western Europe.”