Polytech and the IAEA: a New Step in the Development of Cooperation 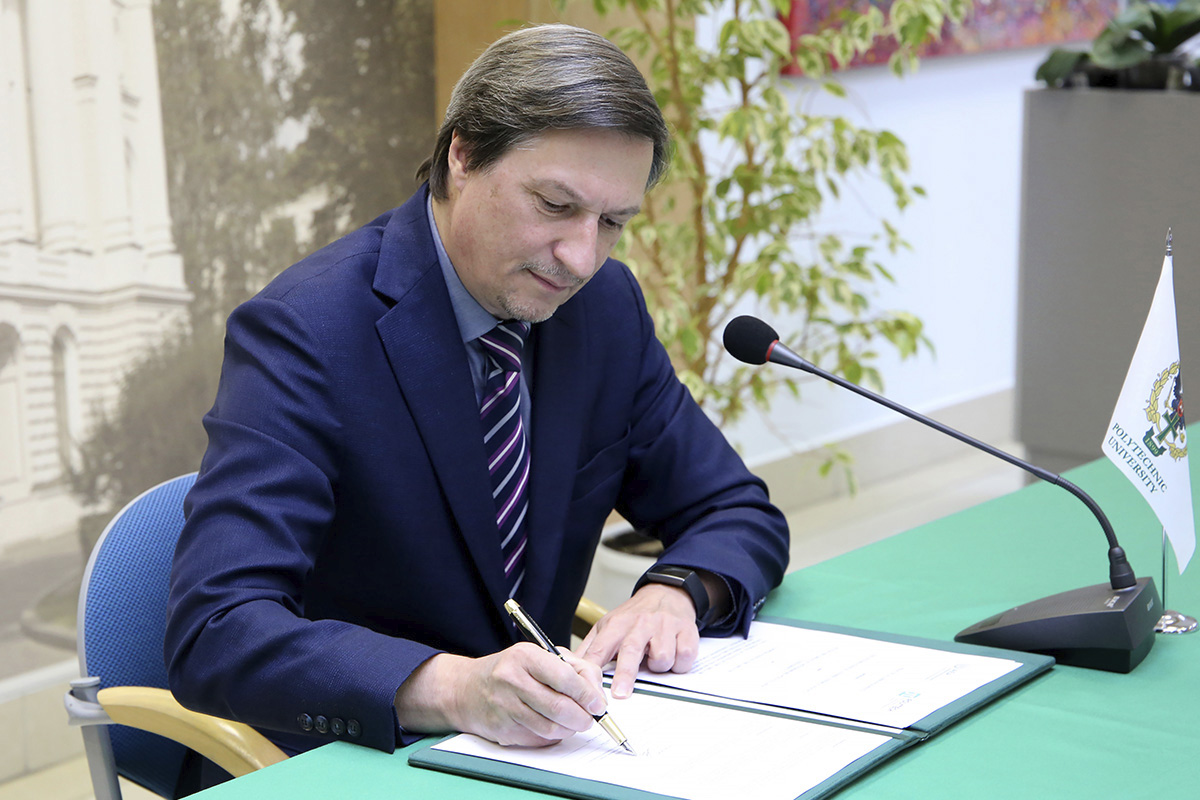 The signing ceremony took place during the 65th IAEA General Conference online. On behalf of SPbPU the ceremony was attended by Professor Dmitry ARSENIEV, Vice-Rector for International Affairs, Andrey ANDREEV, Director of the Higher School of Technospheric Safety, Anton BYZOV, associate professor at the Higher School, and coordinator of the new Emergency Preparedness and Response program, as well as employees of the international office. The IAEA was represented by Deputy Director General and Head of the Department of Nuclear Safety and Security, IAEA Ms. Lydie EVRARD, Acting Head of the Incident and Emergency Centre, IAEA Mr. Florian BACIU, who also moderated the event, and the Center personnel.

On behalf of the IAEA, the following remarks were made by the Head of the Department of Nuclear Safety and Security, IAEA Ms. Lydie EVRARD: “We are embarking on a new collaboration to provide a comprehensive Master’s Degree-level education in nuclear and radiological emergency preparedness and response,” said Ms. Lydie EVRARD and highlighted that “such academic programs for the youth help prepare qualified, skilled, and knowledgeable members of the emergency preparedness and response community that are ready to face the realities of a multi-hazard environment”. 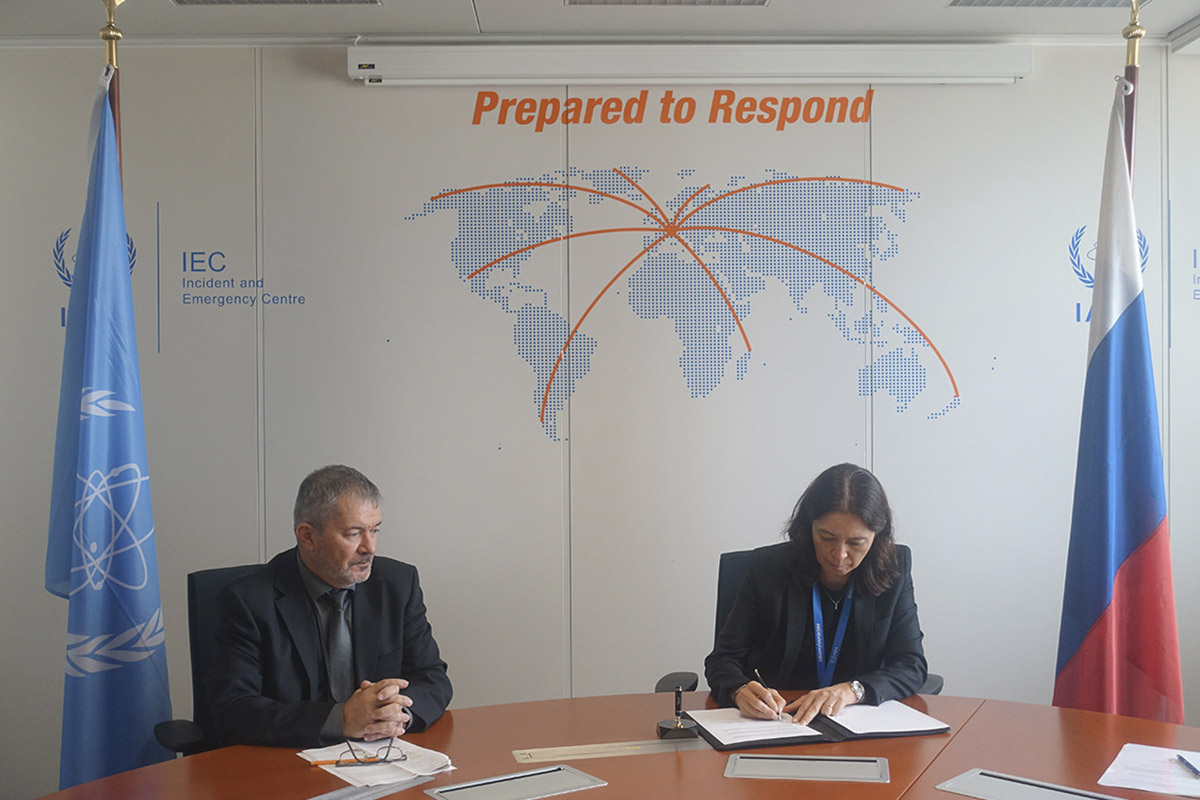 In his welcoming remarks from Polytechnic University, Vice-Rector for International Affairs Dmitry ARSENIEV emphasized that SPbPU has a rich experience in training highly qualified personnel for Russian and foreign companies together with leading organizations, in particular, the State Atomic Energy Corporation Rosatom. And today a new step in our cooperation is taking place – Polytechnic university and the International Atomic Energy Agency are signing an agreement on the implementation of educational activities in the field of emergency response - the international Master's Degree Program ‘Emergency Preparedness and Response’. We look forward to developing our cooperation and believe that the success of this educational program will contribute to strengthening sustainability and safety in the global world, said Dmitry ARSENIEV. 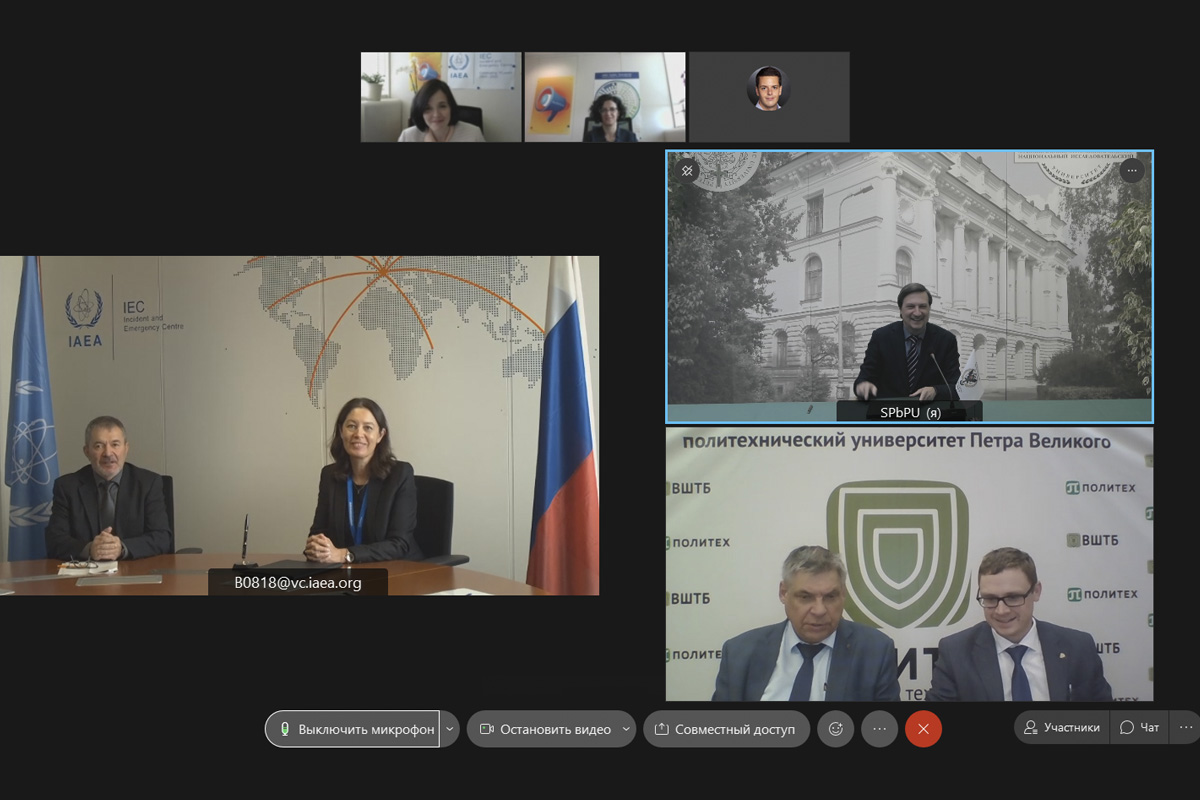 The production of a Master’s Degree Program in emergency preparedness and the response was initiated by the IAEA in 2019 with the involvement of experts of the International Network for Education and Training (iNET-EPR), established by the IAEA. In 2020, Polytechnic University was chosen as the site for the development and implementation of the new program. In December 2020, the Rector of SPbPU Andrei RUDSKOI, Academician RAS, signed a cooperation agreement between Polytechnic University, Rosatom Technical Academy, and Emergency Technical Center of ROSATOM. The main goal of the new international program is to educate national and foreign specialists in the field of emergency preparedness and response to nuclear emergencies for countries developing nuclear power programs. The program is planned to contribute to the creation of a sustainable nuclear power system worldwide in the near future.