On March 30th Polytech hosted the delegation of Freiberg University of Mining and Technology (Technische Universität Bergakademie Freiberg orTUBAF) led by its president Prof. Dr. Klaus-Dieter Barbknecht. The representatives of the two universities have discussed the prospects of cooperation in education and science. Representing SPbPU were President of the university Mr. M. Fyodorov, Vice Rector for International Relations Mr. D. Arseniev, Director of the Institute of Metallurgy, Machine Engineering and Transport (IMMET) Mr. A. Popovich, and Head of international relations office Mr. V. Khizhnyak. 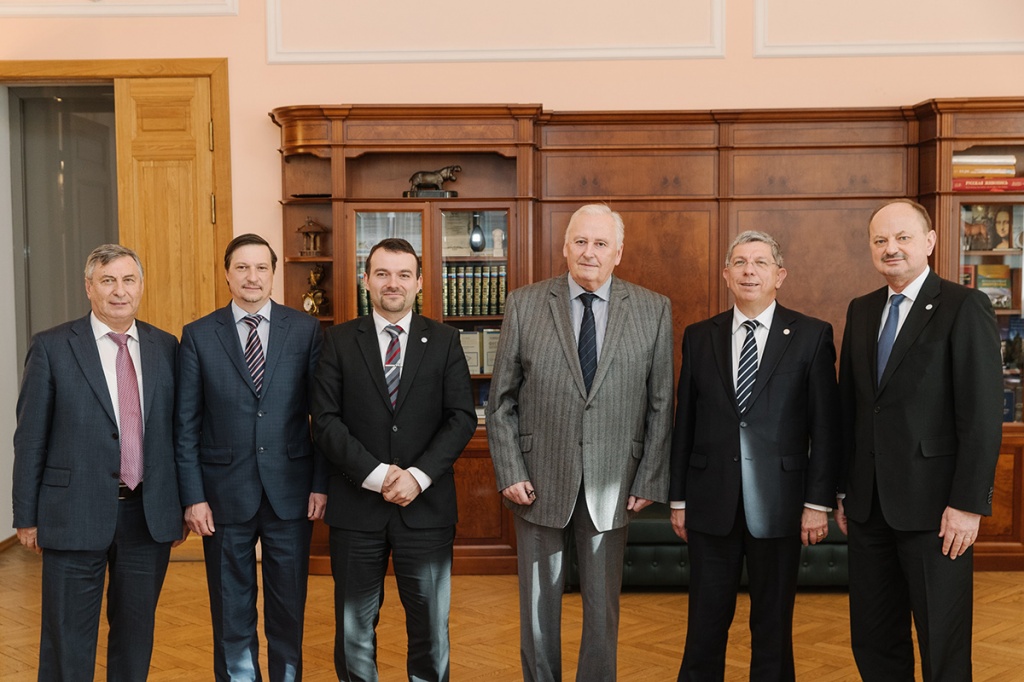 After the words of welcome, Mr. Fyodorov gave an account of the cooperation experience of SPbPU with overseas universities, including German ones. For instance, the Department of Metallurgy and Foundry Engineering of IMMET is involved in the research project with Freiberg University of Mining and Technology. The research group is headed by prof. O. Fabrichnaya. She was mentor for a PhD Maria Ilatovskaya who undertook a year’s training at Freiberg University of Mining and Technology in 2016 initiated by German Research Foundation (DFG). Her research culminated in two publications in the well-known magazines - Journal of Phase Equilibria and Diffusion and «Thermodynamic Description of the Ti-Al-O System Based on Experimental Data». Prof. O. Fabrichnaya presided at the session of the International conference dedicated to thermal analyses and calorimetry (RTAC) that was initiated and hosted by SPbPU. 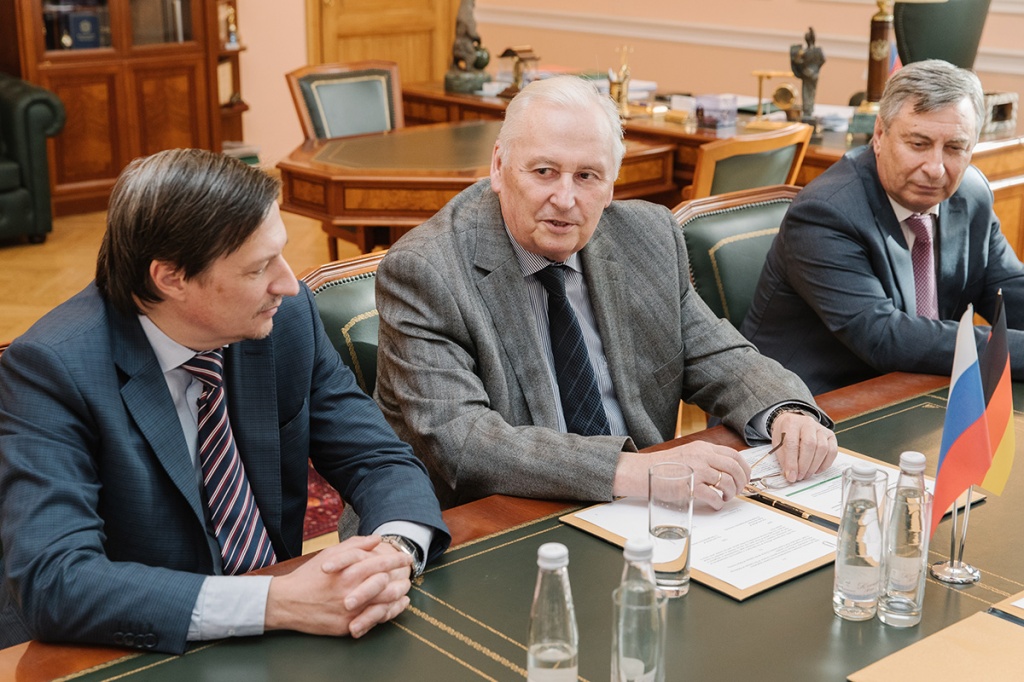 Since the research priority for Freiberg University of Mining and Technology is natural recourses, the principal fields of study are focused on minerology, geology, metallurgy, materials science. Vice-Rector for International Relations Mr. D. Arseniev thinks it would be wise to launch cooperation in the fields most relevant to the university, such as metallurgy and nano-materials. “Despite the fact that we are a Mining Academy,” – says Mr. Barbkneht, - “our research extends much further. We offer a wide range of majors including environment safety and energy engineering”. Indeed, Freiberg has proven its status of a closed-loop recourse cycle, and in the eyes of the world research community it has a reputation of an up-to-date, energy efficient educational institution. The university is also known for its practice-oriented learning and collaboration with multiple private manufacturers. The investments to the university funds are estimated to be around 70 million euro for the last year. The university can also boast the possession of the “Reiche Zeche” research and educational mine which doesn’t only provide valuable information on the history of mining at Freiberg but a location for training and experiment, too. 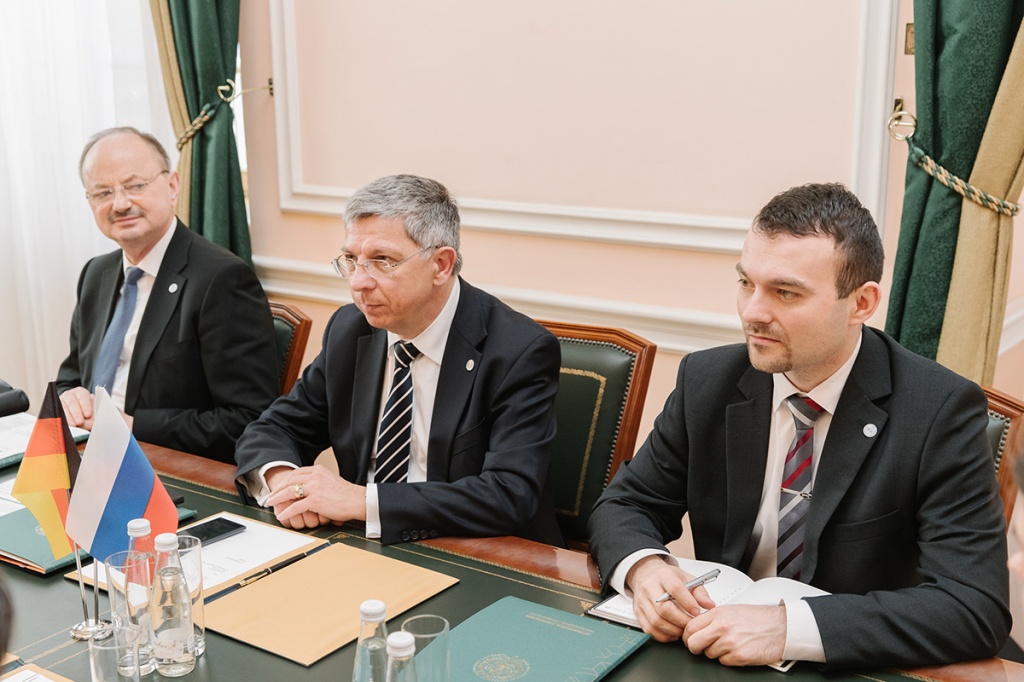 Considering the ongoing science and research cooperation between Polytech and Freiberg University of Mining and Technology, Mr. D. Arseniev emphasized the intention to further partnership in this area and eagerness to extend it to other areas as well. Following this statement a Memorandum of understanding was signed to enhance the cooperation between the universities. According to this document the parties will start negotiating double degree programs, student exchange, joint education programs, teaching staff mobility, joint seminars, webinars and conferences, eligibility to apply for international grants and programs. 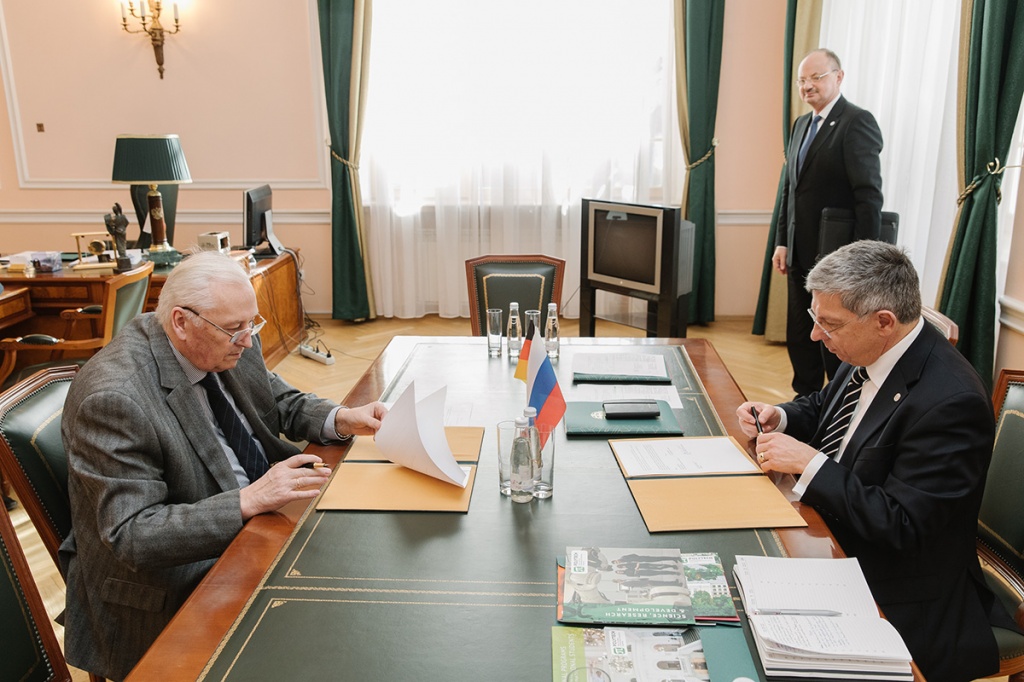 The visit agenda included tours of the campus, laboratory of the Science and Research Center and the Super Computer Center, and was followed by the discussion of cooperation opportunities between the president of the German university and the director of IMMET.