Peter the Great St. Petersburg Polytechnic University and the Technical University of Dresden (Germany) took part in a joint seminar “SPbPU - TU Dresden Partnership Workshop” and signed partnership agreements. The events were held within the framework of the 18th German Week in St. Petersburg under the auspices of the Consulate General of the Federal Republic of Germany in St. Petersburg. SPbPU Rector, Academician of the Russian Academy of Sciences Andrei RUDSKOI emphasized, that Germany is a strategic region for the international partnership of the Polytechnic University - at the moment the number of SPbPU partners - leading universities in Germany has exceeded 50.

The seminar “SPbPU - TU Dresden Partnership Workshop” began with the welcoming words of the head of technology transfer and internationalization division, Professor of the TU Dresden Ronald TETZLAFF. Professor TETZLAFF expressed hope that the joint event will expand cooperation between scientists from Russia and Germany. 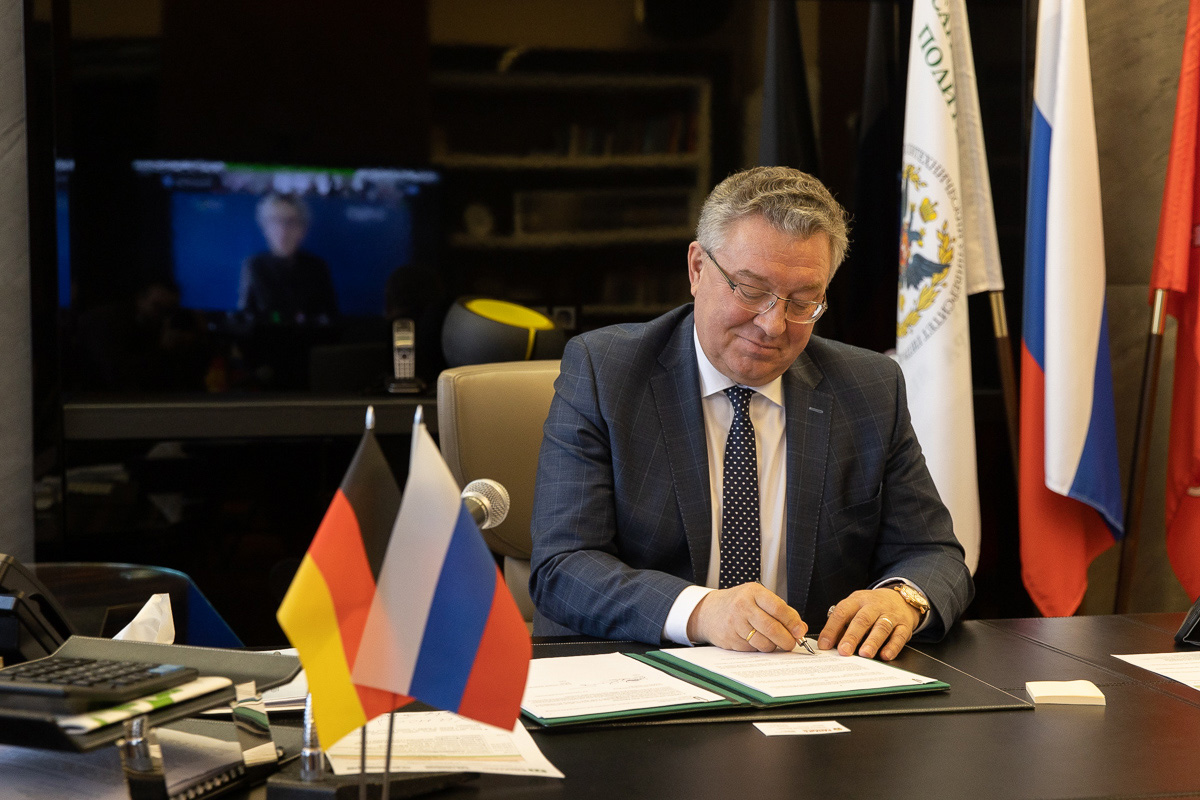 On behalf of the Polytechnic University the SPbPU Vice-Rector for International Affairs Professor Dmitry ARSENIEV welcomed the participants of the seminar. Dmitry ARSENIEV underlined the rich joint history of the Polytech and TU Dresden: the first agreement between the universities was signed in 1993, and scientific cooperation began a decade earlier. Two professors from TU Dresden received the titles of SPbPU Honorary Doctors; teachers, researchers and students regularly go on internships and study at each other's universities, as well as conduct joint research work.

“I am confident that the joint partnership seminar will launch a new stage in relations between our universities and will allow us to identify new areas for joint activities and further development,” SPbPU Vice-Rector for International Affairs emphasized.

The working program of the seminar included presentations of four scientific directions, which are successfully developing in cooperation between scientists from SPbPU and TU Dresden. The first working group presented the results of joint research activities in the field of "Mechanics". Associate Professor of the Higher School of Mechanics and Control Processes Artem SEMENOV and Professors of the TU Dresden Markus KÄSTNER and Thomas WALLMERSPERGER work on multi-level interdisciplinary modeling of the behavior of materials and technological processes. The joint work resulted in the implemented projects "Research and modeling of material transfer processes during field sintering of metallic materials", "Vector potential formulation for 3D-finite-element modeling of nonlinear electromechanical field problems" and "Cracks in functionally graded materials", as well as 12 joint publications.

Professor of the Higher School of Linguodidactics and Translation Valeria CHERNYAVSKAYA and Professor of the TU Dresden Dr. Holger KUSSE presented the results of joint work in the field of "Cultural linguistics and sociolinguistics". Research projects of scientists were devoted to the issues of identity and reputation of the national university, as well as communication in the era of coronavirus from a linguistic and didactic perspective

The research group, which was represented by Dr. Valentina KURTZ, Associate Professor of the Higher School of Applied Mathematics and Computational Physics, and Martin TREIBER, a researcher of the TU Dresden, conducted joint research in the field of calibration of microlevel models of traffic flows. In their work, the scientists used real data on the trajectories of vehicles (NGSIM I-80). Further, this approach was applied to the problem of modeling bicycle flows, working with data from real experiments.

The research activities of the fourth group of Russian and German scientists were devoted to nuclear physics. Senior Researcher of the Research Department for Interdisciplinary Research of Nanosystems Andrey BONDAREV and Professor of the TU Dresden Günter Plunien worked together in the field of theoretical research of electron dynamics in collisions of heavy atoms and ions. 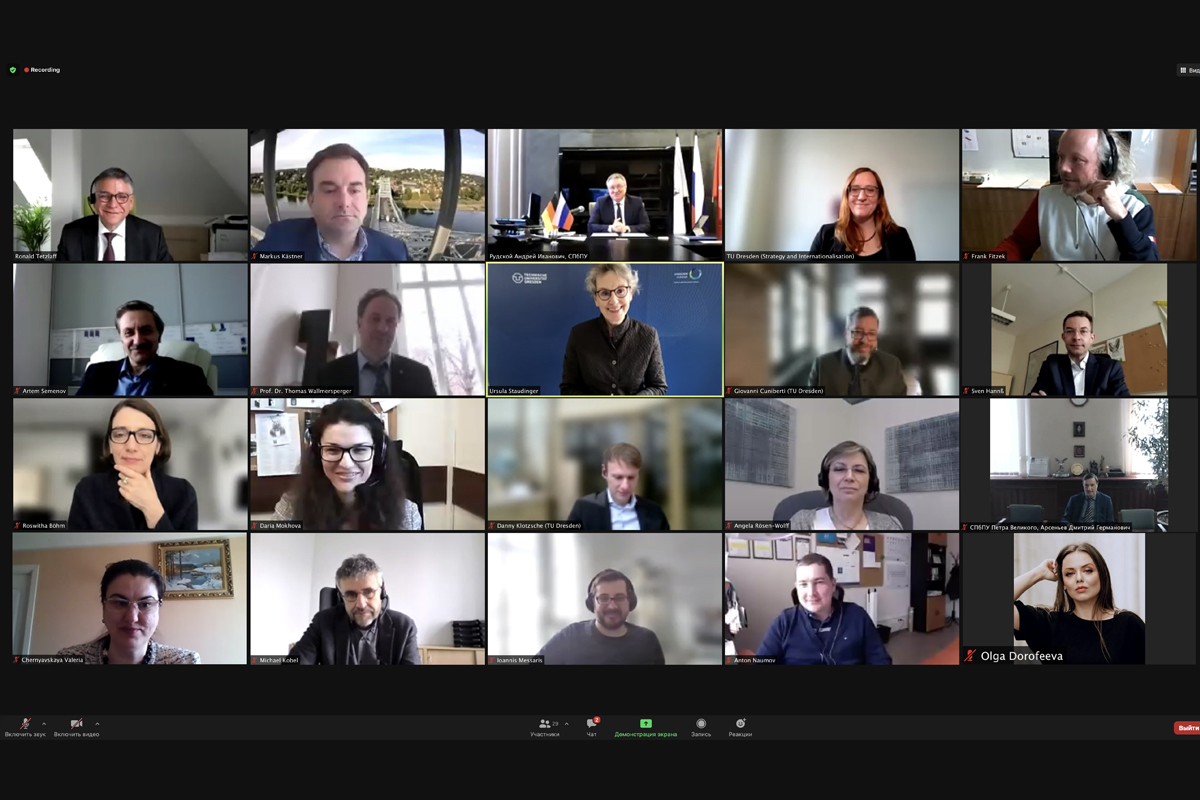 At the end of the presentations of ongoing research projects, the participants made brief overviews of the possibilities for the development of new directions of joint research. Professor of TU Dresden Frank FITZEK made a presentation on the future of communication, Professor of the SPbPU Higher School of Applied Physics and Space Technologies Alexander KOROTKOV presented the possibilities of nanoelectronics and optoelectronics; Professor of the TU Dresden Giovanni CUNIBERTI and Associate Professor of the Higher School of Physics and Materials Technology Anton NAUMOV spoke about promising areas of materials science. Arsentiy KLYUEV, an engineer of the Laboratory of Hydraulic Machine Building, presented numerical and experimental studies of water hammer. Finally, Ulf HELBIG, Professor of the TU Dresden, spoke about current research in hydraulics.

The official ceremonial part of the seminar was opened by the Deputy Head of the Culture and Press Department in Consulate General of the Federal Republic of Germany in St. Petersburg, Mr. Sven HANNß: “St. Petersburg and Dresden it is not only about 60 years of partnership between twin cities, but as well a very close intensive relationship saturated with many parallels and intersections. Therefore, I am glad that TU Dresden and SPbPU have been together for many years on the path of successful cooperation in the field of education and research, which will once again clearly demonstrate the signing of agreements. I thank both universities for intensive cooperation and wish you great success in the future on your joint path". 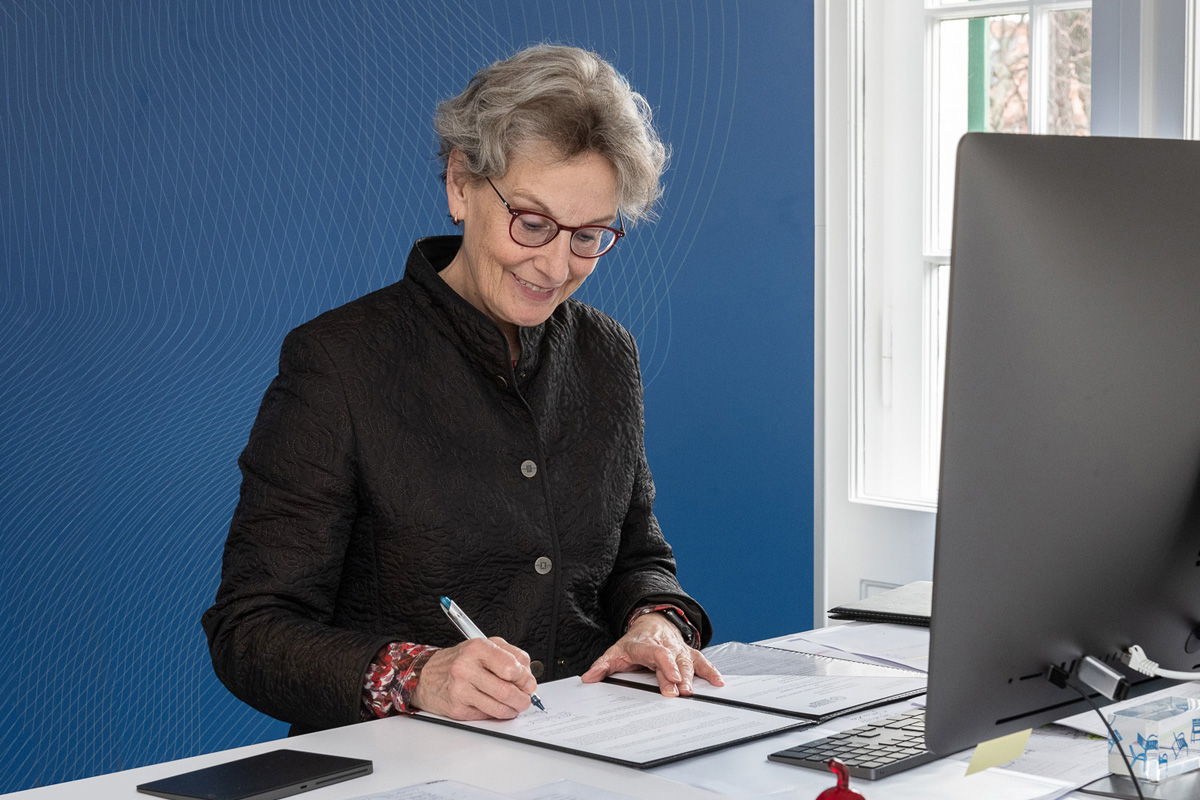 The culmination of the joint Russian-German seminar was the ceremony of signing partnership agreements. The agreement on cooperation in the field of education and research and the agreement on student exchange were signed by SPbPU Rector Andrei RUDKOI and the Rector of the TU Dresden Ms. Ursula M. STAUDINGER.

“We are proud of a long history, long-term friendship that began in the early 90s, and of cooperation with one of the leading universities in Germany and the world - TU Dresden. The seminar held today is a new milestone, a new stage in our partnership. Today we are signing a partnership agreement that will give us a basis for cooperation for years to come. And what is very important, at the same time we sign an agreement on student exchange. Youth is our future. The Polytechnic University pays great attention to student mobility, internationalization, establishing connections and contacts between students and young researchers. We have many international programs open, in English and even in German. International Polytechnic Summer and Winter Schools are held annually. Students from Germany are always welcome, and especially from TU Dresden, ”- SPbPU Rector Andrei RUDSKOI emphasized.

The Rector of TU Dresden Ursula M. STAUDINGER thanked the participants of the seminar for the informative reports. Ms. STAUNDINGER noted that all the projects presented were noticeable in terms of their depth of study and a holistic concept, and expressed the hope that the signed cooperation agreements would become a springboard for new joint initiatives. “Science unites beyond various political challenges. Through global network research and learning, universities are contributing to solving the challenges of the 21st century. Our cooperation with Peter the Great St. Petersburg Polytechnic University is an important element of the global network of TU Dresden,”- the Rector of TU Dresden underlined.

Seminar "SPbPU - TU Dresden Partnership Workshop" has been available for viewing since April 25.