What unites St. Petersburg and Beijing? For Peter the Great St. Petersburg Polytechnic University this is, primarily, many years of corroboration with Tsinghua University: since 1949 the leading technical universities of the two countries have been interacting and searching for new ways to develop mutually beneficial corroboration. In December, a delegation from SPbPU (the Director of the Department of Corporate Public Relations, A. N. Kobyshev, the Deputy Director of the Department of Corporate Public Relations, I.V. Kolomeitsev and a leading specialist for Public Relations, R.S. Bestugina) visited Tsinghua University. The purpose of the trip was to develop a project concerning the creation of the Association Network of Chinese Alumni of the Polytechnic University on the basis of the partner university and discussion of joint PR-projects. 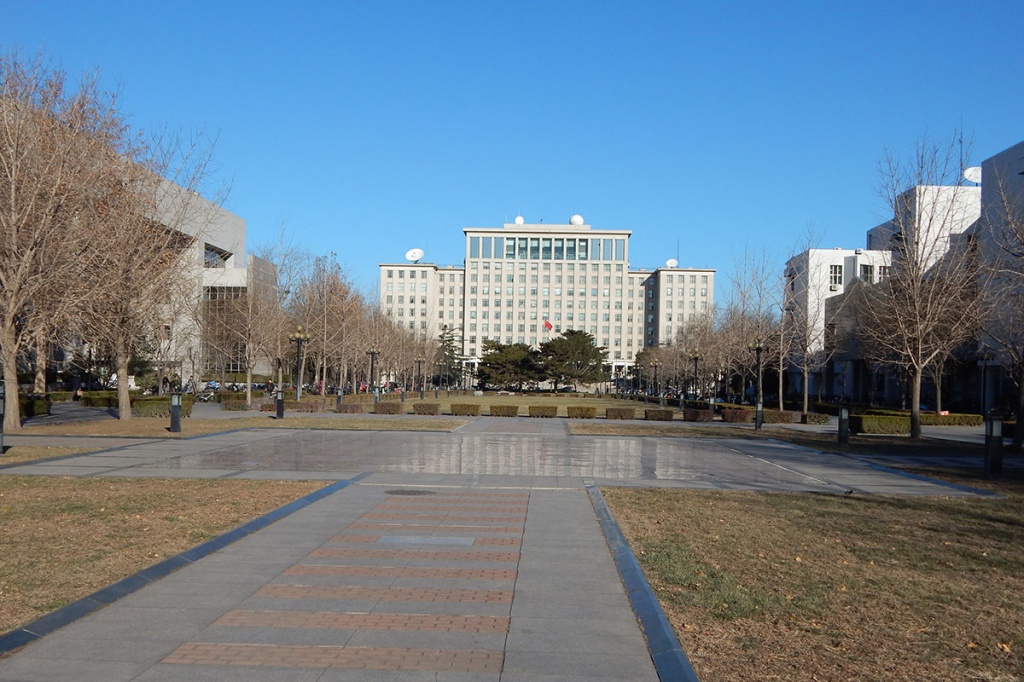 Tsinghua University, set up in 1911, is one of the leading universities not only in China but all around the world: the university occupies the 25th place in the international QS ranking, and the second in THE BRICS ranking. There are a lot of well-know scientists, politicians and artists among the alumni of the largest technical university of China. The students of Tsinghua University live and study on a large and attractive campus, which has been built in the place of the former Emperor’s Park, and one of the monuments of the campus bears the motto of the university: “Actions speak louder than words”. One can say that this motto became the keynote of our delegation’s visit to Tsinghua University.

During the visit there was a meeting with the Deputy Director of the Institute of Strategic Cooperation between China and Russia under Tsinghua University, alumnus of the Polytechnic University Liu Wei, who is already addressed both by the Russian and Chinese colleagues by the Russian name “Lyuba”, and Assistant Director of this Center Lin Yang, who also has a Russian name – Nadya, according to a good old Russian-Chinese tradition. 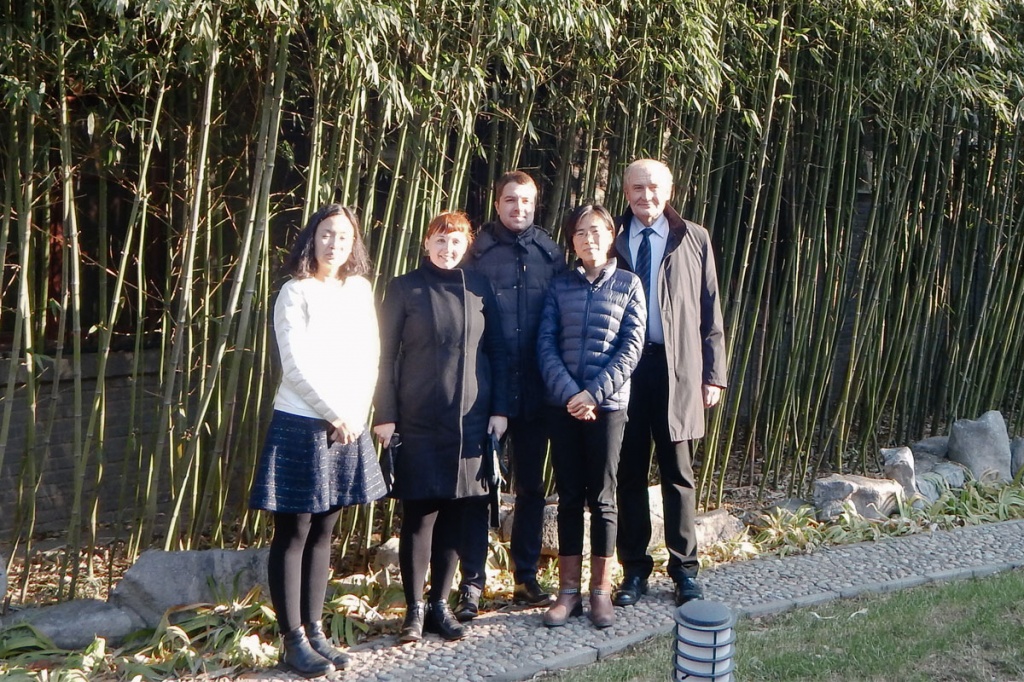 The Director of the Department of Corporate Public Relations and Head of the Center of Alumni Relations, A. N. Kobyshev shared his memories about his visit to Tsinghua in 1987. “I gave lectures to Chinese students about plastic treatment of metals and together with academician Yury Sergeevich Vasiliev and professor Vadim Vasilievich Korablev witnessed signing the cooperation contract between our universities,” said Alexander Nikolayevich. In turn, Liu Wei and her colleagues spoke about the activities of the broad Association Network of Tsinghua University Alumni in every region of China and around the world. At the end of the meeting an agreement was reached to share experience between the executives of the Chinese and Russian associations of alumni.

It should be noted that one of the rectors of Tsinghua University – academician Kao Ching-te – is an alumnus of the Polytechnic University. Kao Ching-te defended his PhD thesis in Leningrad Polytechnic University (former name of the Polytechnic university), which turned out to be so meaningful that a decision was taken to award him a Doctor’s Degree at once. “Academician Kao Ching-te, as a rector of Tsinghua University actively contributed to developing the relations between our universities, - recalls A.N. KOBYSHEV. – I myself attended the meeting of alumni organized by Kao Ching-te. It was so heart-stirring! And now we would like to establish communication with our Chinese alumni and let them know that their alma mater has not forgotten its alumni.”

The Deputy Director of the Department of Corporate Public Relations, I.V. Kolomeitsev handed over to the Chinese colleagues the first issue of the magazine about the alumni called “Unity” which came out in the early December. The same magazines were given to SPbPU’s alumni at the meeting of Polytechnicians dedicated to the 105th anniversary of the first association of the Polytechnic University’s alumni. Ivan Vladimirovich said: “We are going to issue this magazine twice a year. We also plan to make special issues and we will begin with an issue about Chinese alumni, since this is the most numerous group of foreign alumni of the Polytechnic University.

A big success of the negotiations included an agreement about joint PR activities: posting interviews and success stories of the Polytechnic University’s alumni working in Tsinghua University on websites and social networking sites, posting cross-links to promote both universities in the media space.

Deputy Director of the International Relations Office, Peyzin SONG said: “It is wonderful that you work with alumni, including those from China! We are very experienced in setting up alumni associations and we are ready to assist in establishing contacts with the alumni of your university that are now employed by Tsinghua University. We learn from each other and this is a way to success.”