A joint Russian-Chinese laboratory of neurodegeneration will appear in SPbPU. The decision to establish a large-scale project was adopted during the negotiations held in early November at the II Forum of the Belt & Road Science and Innovation Network in Shanghai. At the plenary session of the Forum, Vice-Rector for Research V.V. SERGEEV and Vice President of the Shanghai Jiao Tong University (SJTU) XI LIFENG signed a Memorandum on the establishment of a joint Russian-Chinese laboratory on the basis of Polytechnic University. 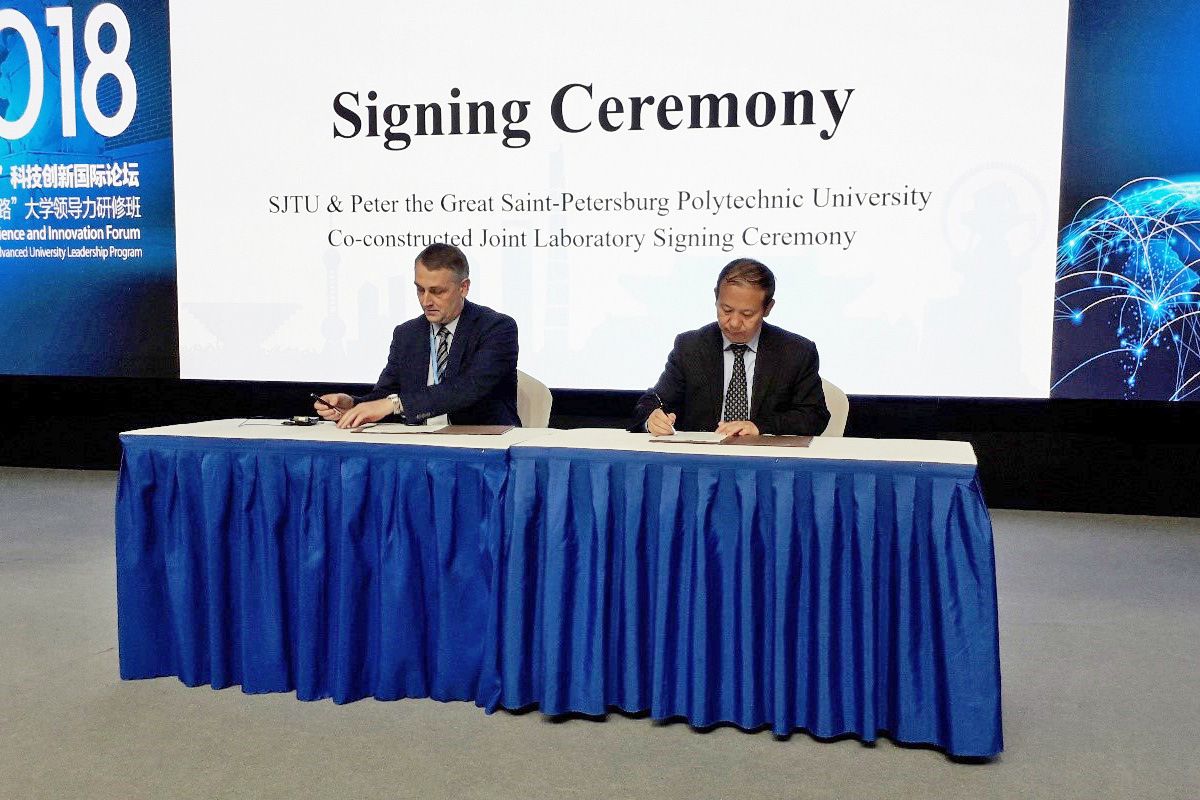 This agreement was not the only partner achievement of Polytechnic University in the course of the Forum. A major international event brought together more than 30 universities and research organizations from 14 countries of the world; it became an effective platform for establishing new working contacts and arrangements.

SPbPU represented by Vice-Rector V.V. SERGEEV, Head of the International Relations Office V.D. KHIZHNYAK, Head of the Legal Support Department V.M. IVANOV and the Director of the SPbPU Representative Office in Shanghai Su JING, signed an agreement with the Chinese company Yue Xiaokong on the implementation of the project on “Creating a series of Smartfoil material samples.” Members of the Polytechnic University delegation also participated in the panel discussions on the “Innovative Policy” and “Innovative Practices.” In the course of the discussion with the dean of the Antai SJTU Business School Professor Ming DONG, the parties agreed to establish joint professional development and professional training programs for Chinese companies’ leaders within the framework of the One Belt - One Way Initiative. 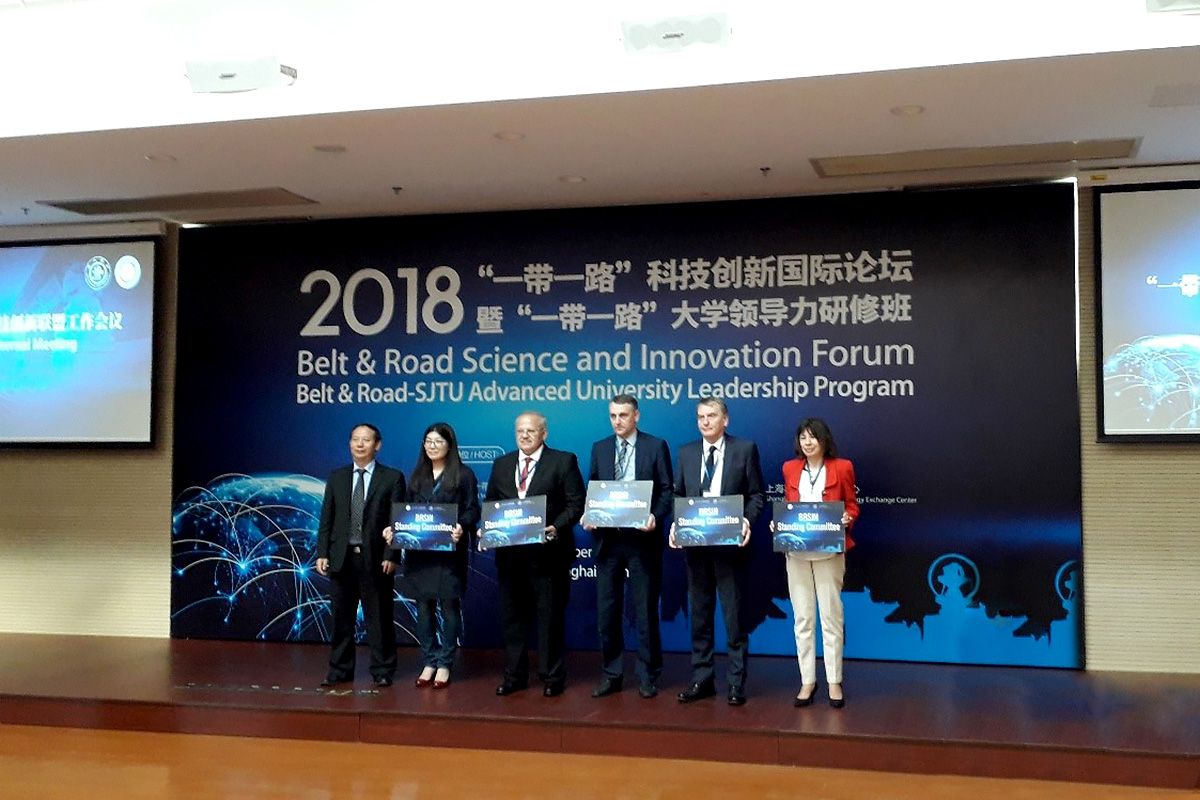 A special session at the Forum was organized for Polytechnic University. SJTU professors interested in cooperation with SPbPU in twelve scientific fields were invited to take part in it. SPbPU representatives told the foreign colleagues about the possibility of working at Polytechnic University, shared information materials about the university, and invited leading professors to give lectures already this year. A letter of invitation to attend the ceremony celebrating the 120th anniversary of SPbPU was handed over to SJTU President Professor Zhongkvin LINU. In its turn, Jiao Tung University presented several scholarships for students of Polytechnic University to take part in its summer school.

During the organizational session, members of the association discussed the place and time of the 2019 forum. It is worth noting that the possible venues of the event are determined by secret ballot procedure. This time, China and Serbia were chosen; and SPbPU (also by voting by secret ballot) was elected permanent member of the Management Committee of the association.

A number of working meetings took place within the framework of the Forum. In particular, Vice-Rector V.V. SERGEEV and the Deputy Director of the Physical-Technical Research Institute of the Chinese Academy of Sciences, Professor Ning DAI discussed the possibility of establishing a joint laboratory for the “Topological Isolators and Quantum Computing” on the basis of Polytechnic University; they agreed to develop and sign a cooperation agreement in the nearest future. V.M. IVANOV held several meetings with his Chinese colleagues on the issues of registering SPbPU patents in the PRC. Currently, preparations are underway to file several patent applications of Polytechnic University under the PCT (Patent Cooperation Treaty) procedure. Several channels of Chinese television covered the joint sessions and working meetings.

And, last but not least: during the Forum, many Chinese partners also learned that in 2019, Peter the Great St. Petersburg Polytechnic University will celebrate its 120th anniversary. This was announced at several meetings by the organizers of the Forum, and on behalf of the Polytechnic University, its representatives invited Chinese colleagues to attend the official ceremony dedicated to this event next February.