The Russian Association for International Cooperation (RAMC), which unites societies of friendship with Russia all over the world, together with Russian and foreign partners holds the “Public Diplomacy Yesterday, Today, Tomorrow” Friendship Marathon. The Marathon is timed to the 95th anniversary of the RAMC and will be held in stages from December 2020 to June 2021. It began on December 3 with a video forum on the role of public diplomacy in today’s world. It was attended by prominent public, political and religious figures from different countries, representatives of science, culture and business. Andrei Rudskoi, rector of St. Petersburg SPbPU, academician of the RAS, spoke at the forum as a member of the Presidium of the RAMC and president of the Society for Friendship with Turkey. His report was devoted to the role of public diplomacy and, in particular, international scientific and educational cooperation in overcoming crisis situations in the world. 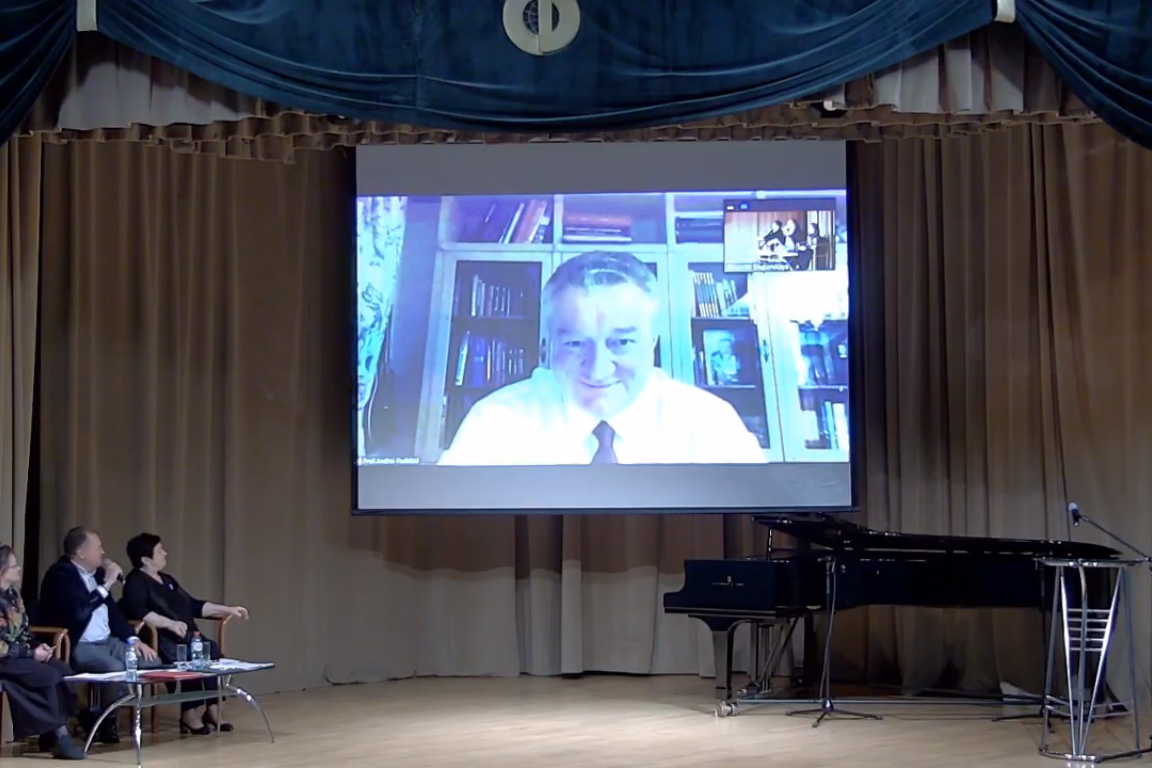 The marathon participants received greetings from Russian and foreign statesmen. Semyon GRIGORIEV, Director of the Department for Relations with the subjects of the Federation, Parliament and public associations of the Russian Foreign Ministry, spoke on behalf of the Minister of Foreign Affairs Sergei Lavrov. “For almost a century of history,” he quoted the Minister, “the Russian Association for International Cooperation has firmly established itself as an effective instrument of public diplomacy. Its activities have invariably contributed to a fruitful dialogue between the general public of our country and foreign countries. Based on the accumulated experience, the RAMC does a lot to promote a positive agenda in interstate affairs.” 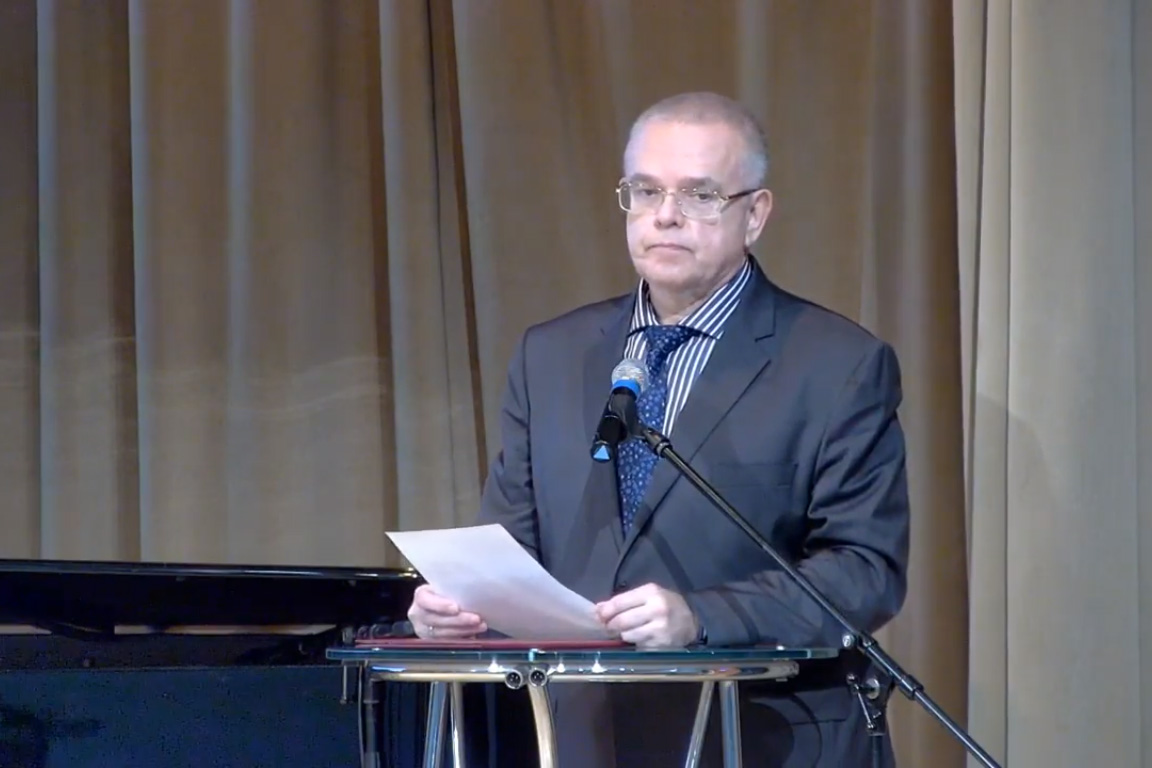 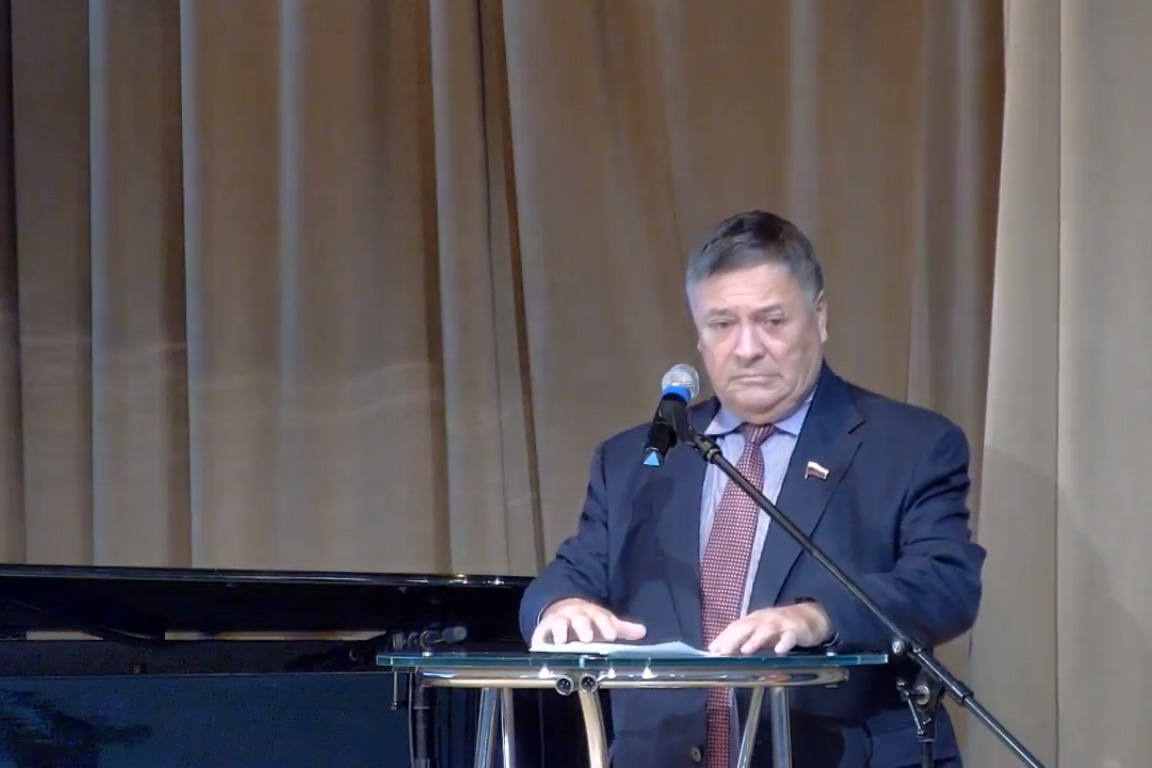 Vladimir KOCHIN, Executive Director of the Russian World Foundation, addressed the participants and organizers of the marathon with a video greeting. “Why is public diplomacy so important in our time? Nowadays the age of digital technologies and abundance of information, but nothing can replace communication of people to people, that’s why trust between states is largely based on trust between citizens, and the societies of friendship unite those citizens who are ready to be friends with Russia,” noted Vladimir KOCHIN, wishing all member societies of friendship and their active members success and new achievements on the way of development of public diplomacy.

People's diplomacy is built on the principles of friendship and mutual understanding, trust and tolerance, regardless of ideological beliefs, political views and religion. And one of its main tasks is to establish constructive equal dialogue between representatives of different countries and peoples on the basis of universal values and informal contacts in order to preserve peace on earth. India, Bulgaria, USA, Ecuador and Israel, China, Mongolia, Belarus and Ethiopia - the video forum has been running all day long and brought together representatives of more than 40 countries from all continents: from Australia, Far and Middle East, Africa to Europe, Latin and North America. Even astronauts, working on board of the International Space Station, became its participants! The Forum included performances of famous cultural representatives, creative performances of musicians and choreographic groups from different countries. 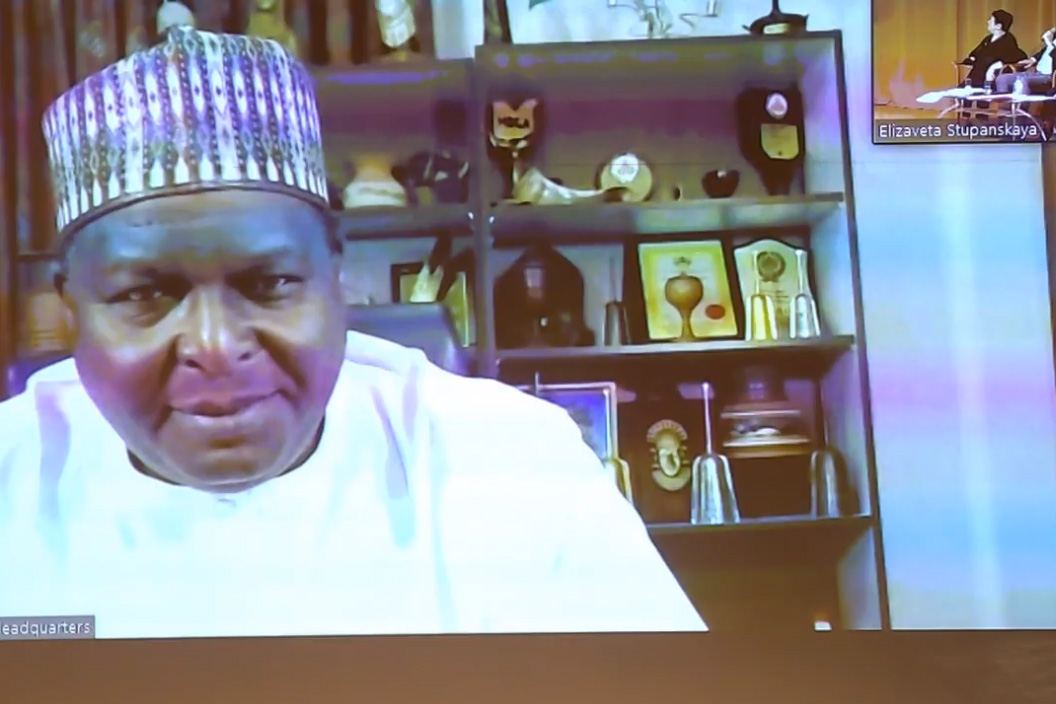 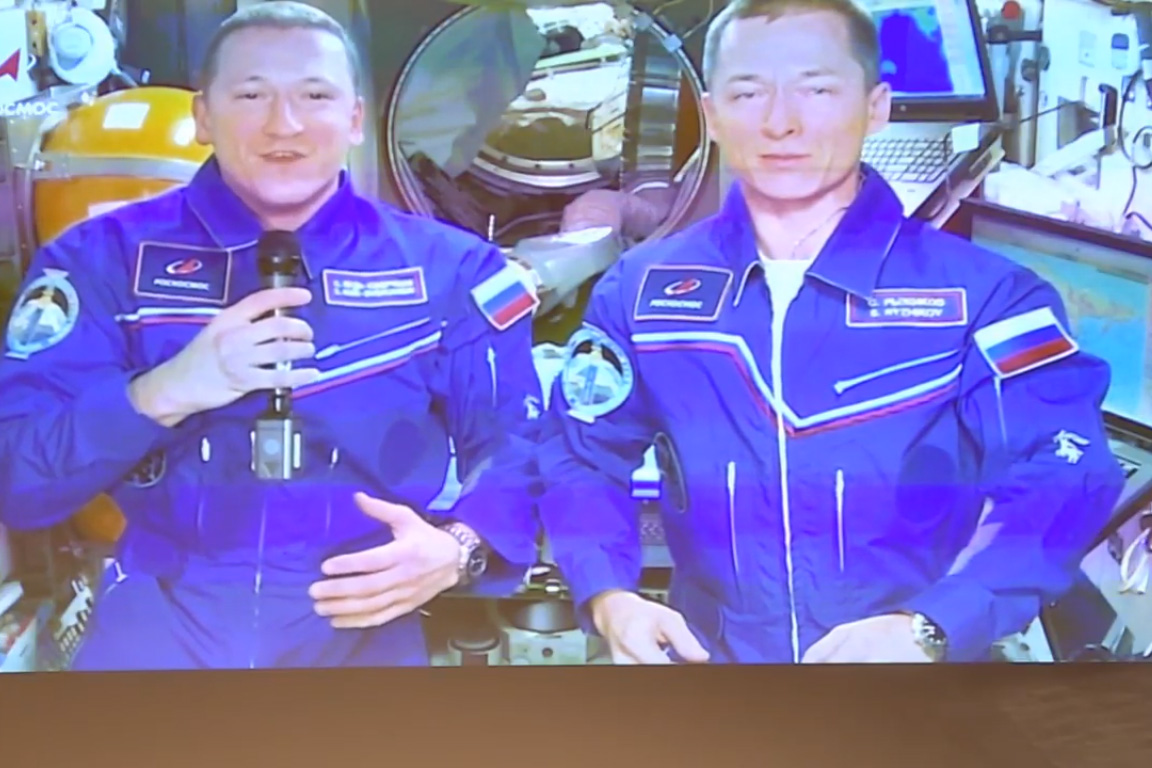 Addressing the participants of the Friendship Marathon, Andrei RUDSKOI emphasized the importance of international scientific and educational cooperation for public diplomacy, especially in the period of challenges. Academician RUDSKOI recalled that a special dialogue held last April on the initiative of UNESCO and Tsinghua University, namely, “Online education as a response to the challenges of COVID-19 and future prospects.” Leaders of more than 20 leading universities of the world (including the Rector of SPbPU) attended it, and emphasized the need for cooperation and partnership. 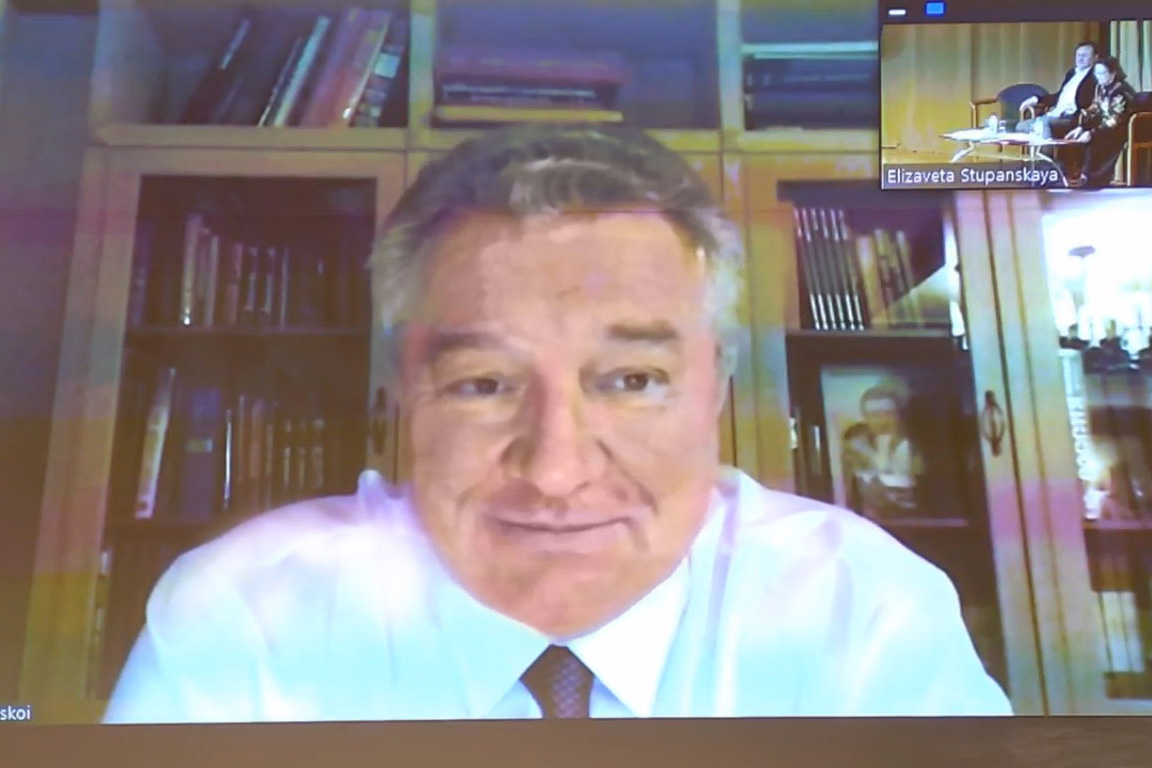 Talking about how Polytech builds partnerships with foreign universities (at the example of cooperation with leading universities in Turkey), Andrei Rudskoi explained that the university actively applies the experience of other countries and regions. For example, together with Turkish partners, SPbPU participates in nine European academic mobility projects. “Mobility of teachers and students of partner universities is the most important tool of public diplomacy,” said the Rector of SPbPU. “Translated into figures it means that many dozens of students and teachers come to us for semester training, internships, and short-term programs, give lectures and participate in joint research.” The rector regretted that in March 2020, the pandemic prevented joint activities with Turkish partners in the framework of the Days of Russian-Turkish Friendship at Ankara University and Istanbul Technical University, and he was very optimistic about the fruitful joint work of the Friendship Society with Turkey and the Society for Friendship with Russia: “I am sure we can contribute to the development of cooperation in business, education, science, culture and tourism. We pay special attention to the organization of events with the participation of young people.”

Andrei Rudskoi also expressed confidence that the Friendship Marathon will contribute to the formation of an open platform for dialogue with foreign partners, development of humanitarian cooperation, increasing the level of trust and mutual respect among peoples.