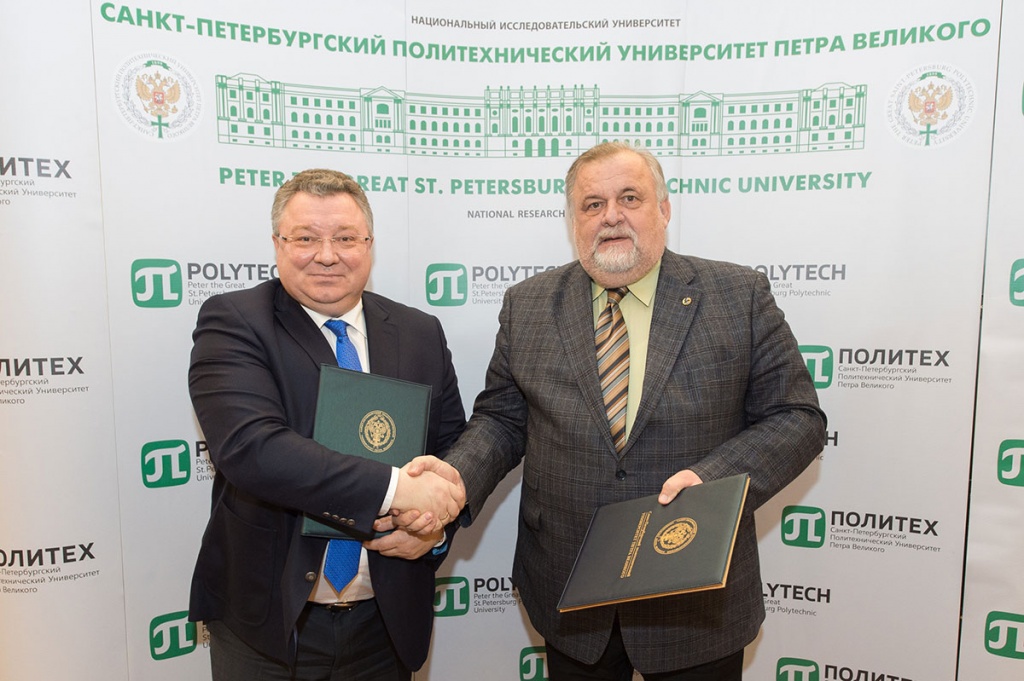 The agreement was made to activate the efforts of the organizations in the Central and North-West Federal Districts aimed at completing the action plan on the RF State Program: “Development of Industry and Improvement of Its Competitiveness”, years 2012-2020, the RF president’s decrees, objectives of the National Technology Initiative (NTI). The purpose of the consortium is to unite the abilities, resources and intellectual potential of its founders for comprehensive and consistent development of advanced production technologies in the field of new materials and additive technologies and their introduction into the real sector of Russia’s economy.

Creation of the materials and production technologies of the new generation is one of the priority lines of development of Russian science, technologies and engineering. In the interview preceding the signing of the agreement, Rector of the SPbPU A. I. Rudskoy pointed out that today, no doubts, VIAM is the leader in the Russian material science and can boast some indisputable achievements in development and introduction of additive technologies, one of the key trends of the national manufacturing industry. 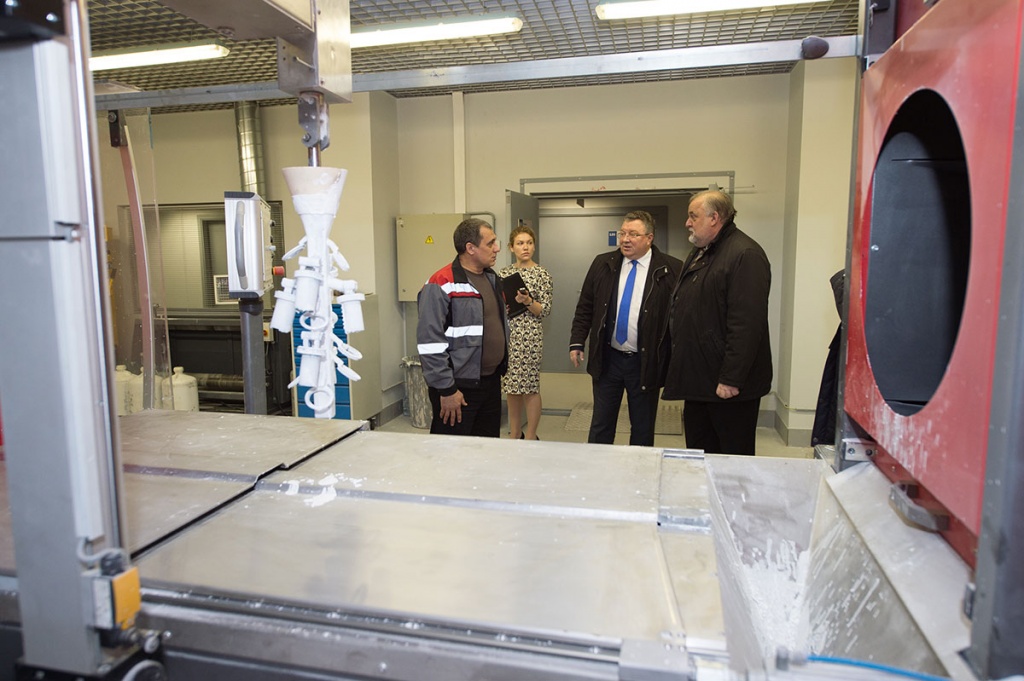 However, development of multipurpose materials and technologies is only possible based on profound fundamental and applied research, close interaction of science and production. “Today we are signing the first, “backbone” agreement about setting up a research and educational consortium which will see joining of many partners in future, I am sure. There is no point reminding again about the importance of this area and the need for close symbiosis of those who produce materials and those who make very sophisticated products out of these materials. That is why, I believe, setting up this consortium, which will initially include three organizations that are really competent in material science, additive technologies, mathematic modeling and other areas, is a very sensible initiative. The objective set by Russia’s president in terms of import substitution and creation of a globally competitive product is, among other things, the goal of this consortium – we plan to take the lead in the field of the newest materials and products with unique performance properties,” – A.I. Rudskoy defined the premises and objectives of the consortium. 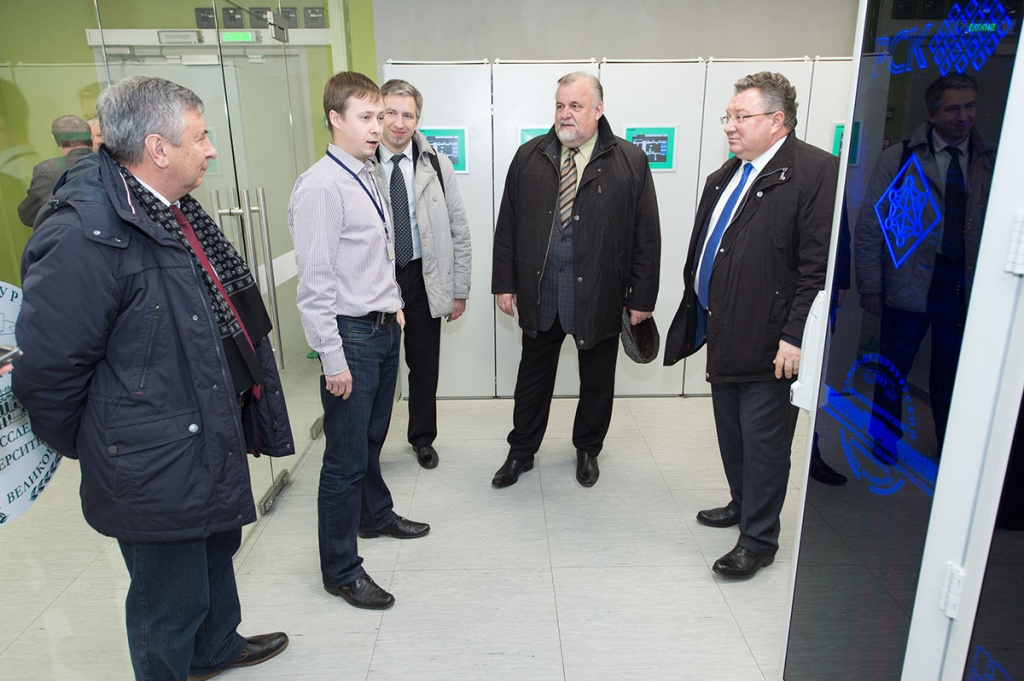 General Director of VIAM, academician E.N. Kablov in his interview also spoke about the special role of additive technologies in the developing national manufacturing industry. In his talk about application of these technologies which make it possible to reduce the cost of a product, speed up its designing and production, the scientist also mentioned the issue of import substitution: “The president in his message to the Federal Assembly clearly said that we have to be ready for the challenges that Russia is facing. And these challenges are very serious. In the shortest terms we have to be able to produce competitive Russian analogues of foreign products. However, if we are alone, we cannot solve the problem of developing additive technologies – and this is one of the fundamentals of the sixth techno-economic paradigm.” Moreover, in Eugene Nikolayevich’s opinion, one of the most important issues that is to be solve as early as today is high quality training of professionals to work in the field of additive technologies. “Signing the agreement on research and development consortium with the Polytechnic University, great engineering institution, which is famous not only for its history, but also for most advanced achievements of today’s scientists in the field of robot engineering, material science, automation and other scientific fields, we have obtained huge human resources. Undergraduate and graduate students – about 30 thousand people study here – this is an enormous reserve! The most important thing is that these people are really interested and motivated,” – explained the General Director of VIAM. 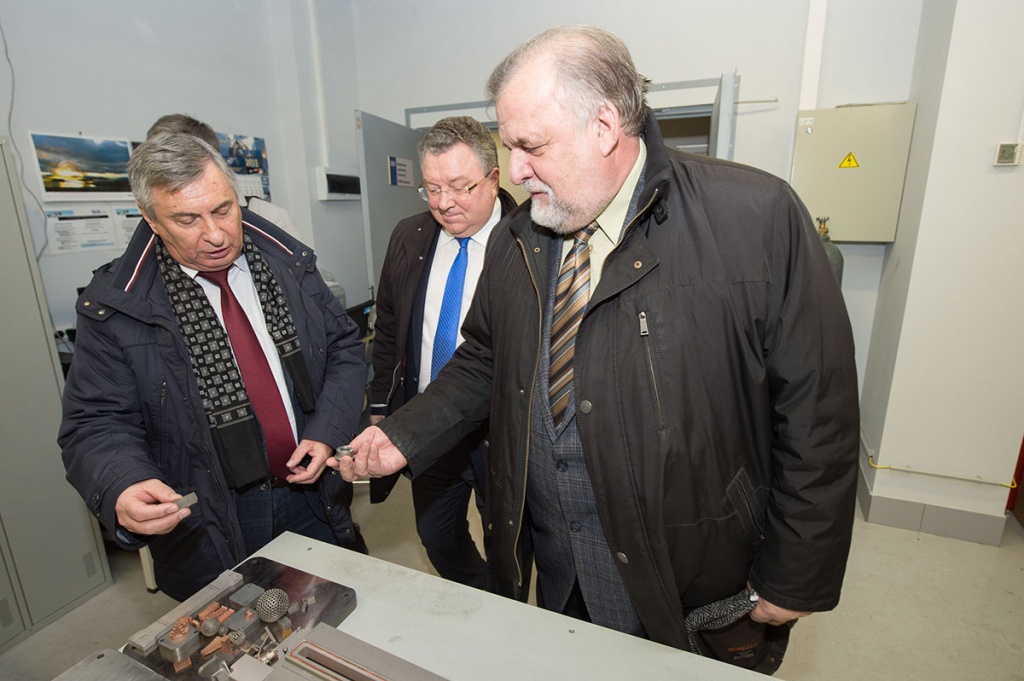 Talking about one of the joint projects of VIAM and the Polytechnic University, which has already been implemented in production (specialists of VIAM, for the first time in Russia, made a component of a promising PD-14 aviation engine based on additive technology with the use of a domestic metal powder composition. The project was done in favor of the industrial partner JSC “Aviadvigatel”. – Editor’s note), E.N. Kablov pointed out its indisputable success. “Many companies in Russia say that they are involved in additive technologies, but this is always about modeling or creating prototypes. We used the results given to us by the scientists of your university about mathematical models and powder flow rates. Thanks to our joint activities and scientific efforts we managed to make a swirler of the flame tube head, whose production cycle is, on average, 10 times shorter in comparison with those produced by the casting technique of models. This is an operating part of the PD-14 engine, the one which has been appreciated so high by our president, who emphasized that this is the first new engine in the 30 years’ history, which has really advanced tactical, technical and economic performance. That is why we decided to move on together to win new victories and reach new objectives,” concluded Eugene Nikolaevich. 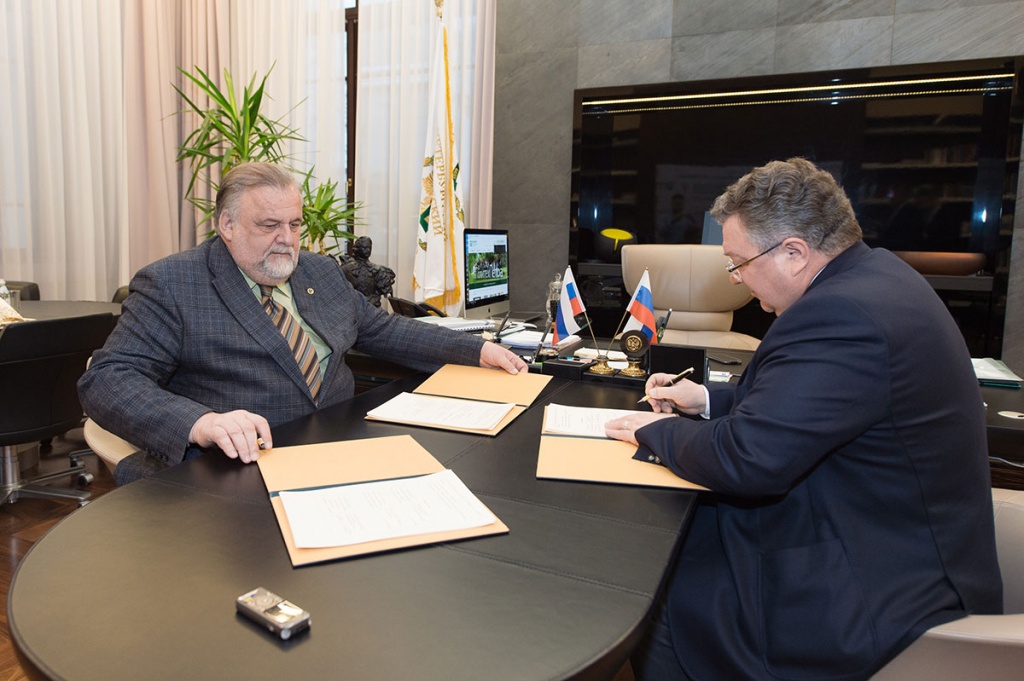 After signing the agreement, E.N. Kablov got acquainted with the scientific infrastructure of SPbPU. In particular, he learnt about the facilities of the Additive Technology Center of the Polytechnic University and visited the new Scientific Research Building. During the guided tour, the Director of the Institute of Metallurgy, Mechanical Engineering and Transport (IMME&T) of SPbPU, A.A. Popovich told the guests about the latest achievements of the Polytechnic University in material science and about the projects implemented in the interests of its industrial partners. He paid special attention to a unique development – a titanium hip joint implant, grown with the help of additive technologies in SPbPU on order of the Institute of Injury Treatment and Orthopedics named for R.R. Vreden. E.N. Kablov familiarized himself with the cutting-edge high-tech research and production equipment and spoke with the specialists of the laboratories of the Additive Technology Center. In the new Scientific Research Building, the guests were shown into the Supercomputer Center (SCC), equipped with RSC PetaStream terminals. Eugene Petukhov, Deputy Director of the SCC explained that this is a unique development of the Russian scientists created specifically for the Polytechnic University, whereas the SCC itself has been set up to solve inter-disciplinary problems in the field of natural sciences and for designing complex technical systems for high-tech science-driven sectors of the national economy and manufacturing industry.

At the end of the meeting, E.N. Kablov pointed out great achievements and facilities of the Polytechnic University and thanked the Rector for his support of the idea about setting up an R&D consortium. “When I met Andrey Ivanovich, a great scientist in the field of material science, I understood: his key quality is that his words always meet his actions. Life proves that it is only possible to succeed if there is trust between partners in the team, that it is not the paper which matters, but what people say and finally do. Given that it is not just a professional interest but also friendly relationship that unite us, I am sure that we will be able to achieve big results together, which will see implementation in our manufacturing industry and help our country to enter the sixth techno-economic paradigm,” concluded E.N. Kablov.